Home » Celebrities » 15 Actors Who Said No to Big Marvel Roles

15 Actors Who Said No To Big Marvel Roles 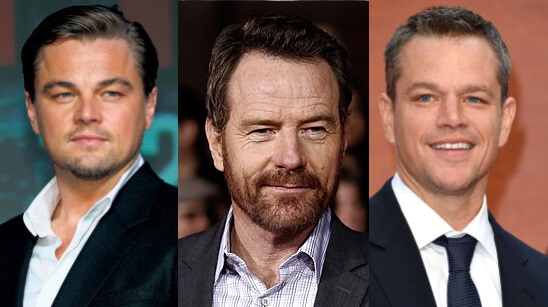 Back in the day, the live-action comic book adaptions catered to teens most prominently. With the passage of time, however, the particular genre has made a huge mark. Superhero movies in this decade have achieved what highly acclaimed movies of other genres have been achieving for so long. From winning Academy Awards to becoming the highest-grossing film of all time, Superhero films show no signs of stopping. The movies based on Marvel comics are currently ruling the box office charts. Every year, we get to witness multiple Marvel movies, distributed by Big Studios such as 20th Century Fox, Sony, and Marvel Cinematic Universe. Thus, in the current age, being involved in a Marvel production can do wonders for an actor. Still, there have been multiple instances where well-established names refused to work in a Marvel film, and here are 15 actors who said no to big Marvel roles: 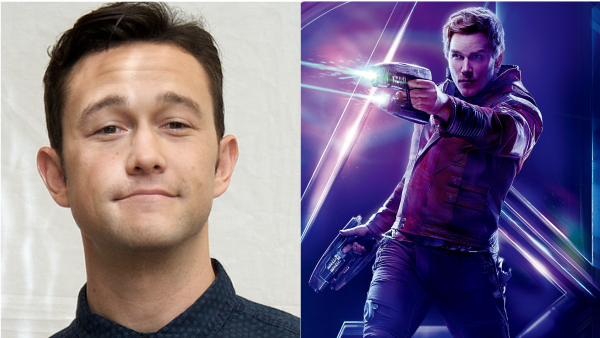 Chris Pratt has played the role of Peter Quill to perfection and it’s hard to imagine someone else playing the “Legendary Outlaw” on the big screen. However, Pratt wasn’t MCU’s first pick to star in 2014’s space adventure flick.

Marvel Cinematic Universe envisioned Inception’s Joseph Gordon Levitt to bring the witty Superhero to life. Unfortunately, we never got to find out how this casting would have worked in the long run, as Levitt turned down the offer in order to join the cast of Sin City: A Dame to Kill For. On the other hand, it was a blessing in disguise since it got the Studio to move on from Levitt and eventually cast Chris Pratt. 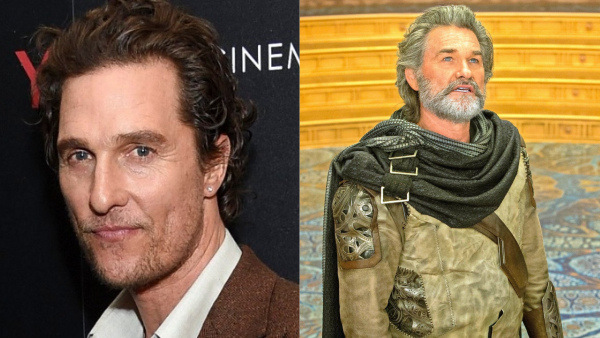 Marvel is known for casting Academy Award winners every now and then (Brie Larson and Natalie Portman to name a few). So, it wasn’t exactly shocking news when MCU tried to grab yet another one in the form of Matthew McConaughey.

He was offered to play Star-Lord’s father EGO in Guardians of the Galaxy Vol. 2. Even though the Dallas Buyers Club star enjoyed the first GOTG movie, he turned down the offer to become a part of the franchise as he thought it would be an amendment to join a film series after it had already achieved success. Lucky for us, we got Kurt Russell instead who portrayed the sadistic living planet to perfection. 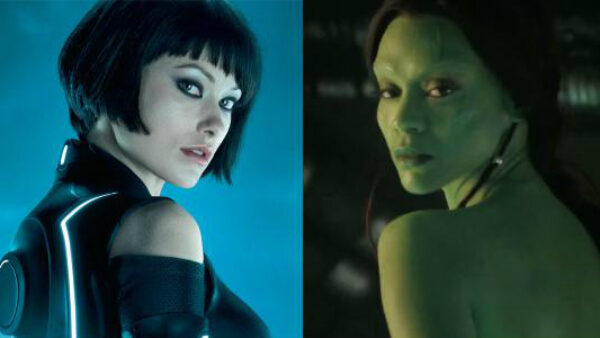 Yet another entry related to the Guardians of the Galaxy franchise. For the last 5 years, Zoe Saldana has been excellently portraying Gamora in the Marvel Cinematic Universe. However, there was a strong possibility at one point of her not getting the part as the Studio originally wanted Olivia Wilde to play the green-skinned assassin.

However, Wilde declined the part due to scheduling conflicts. Even though Saldana and the rest of the cast have done a remarkable job, Wilde could have been a valuable addition to the MCU and we can bet that this thought comes across her mind every now and then. 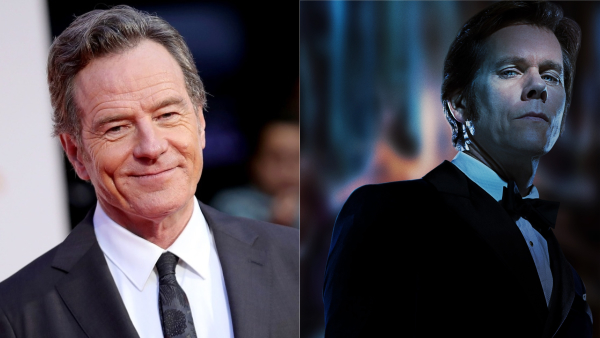 Bryan Cranston’s portrayal of Walter White in the acclaimed series Breaking Bad will go down in history as one of the strongest portrayals of a fictional character. It wouldn’t have hurt to see Cranston play a ruthless character on the big screen as well.

At one point, he was being considered to play the role of the villainous Energy Absorbing mutant Sebastian Shaw in 2011’s X-Men: First Class. Given how brilliant the film turned out in the end, Cranston’s involvement would have made it even better. However, he had to turn down the offer in order to star in Drive and Kevin Bacon ended up getting the part. 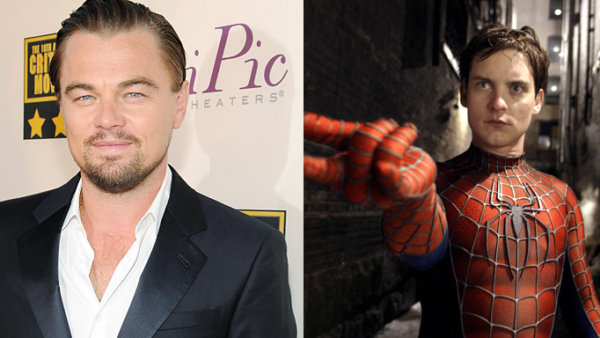 Leonardo DiCaprio is one of those Stars who prefer quality over quantity in every case. You can go through his filmography and find out that every role he has portrayed until now had something unique about it. His diverse filmography was close to adding a superhero movie as well in the late 90s when he was approached to portray Peter Parker/Spider-man under James Cameron’s direction.

The Titanic star refused the offer, however, citing not being ready to put on a suit as the main reason. DiCaprio’s refusal, along with other reasons, paved the way for Sam Raimi to take the center stage and create an unforgettable trilogy that will always remain in the audience’s hearts. 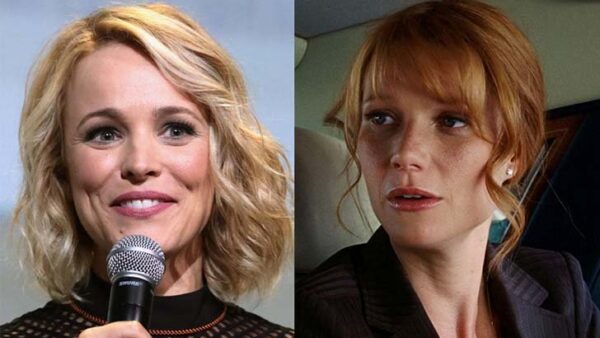 Tony Stark’s love interest Pepper Potts has had quite an eventful arc in the MCU. The character has played a crucial role in the Iron Man trilogy and the MCU in general. Therefore, a credible name was required for playing the role to perfection and Gwyneth Paltrow was the ideal pick for the part.

Before Paltrow however, Rachel McAdams was approached to star opposite Robert Downey Jr. in the MCU films. McAdams had to decline the offer due to scheduling conflicts and missed out on a great opportunity. Luckily for both McAdams and her fans, she made her MCU debut in Doctor Strange. 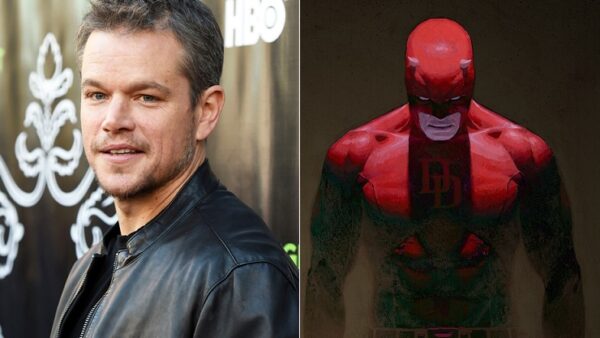 You could say that 2003’s Daredevil didn’t manage to make a positive impact on the superhero film genre. It even left a bad taste in lead actor Ben Affleck’s mouth who ended up staying away from Superhero roles until he landed the role of Batman in the DC Extended Universe.

Therefore, it can be said that Daredevil was a disappointing flick and anyone associated with the film wouldn’t gladly bring up their involvement with the project. Matt Damon could have been among those individuals as he was offered to play the titular character at one point. However, he ended up declining the offer due to unfamiliarity with the director (Mark Steven Johnson). All we can say is, good call Matt! 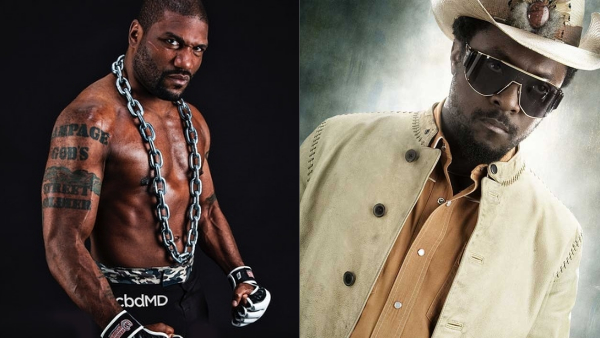 He is undoubtedly one of the most renowned names who transitioned from MMA into Hollywood. He appeared in A-Team in 2010 and his performance left the audience wanting more. He was also offered the part of John Wraith, the teleporting mutant, in X-Men Origins: Wolverine.

However, he didn’t land the part as he had to decline it in favor of training for an upcoming fight. Judging by the below-average performance of the film, Jackson made the right call and the scheduling conflict just served as a blessing in disguise. 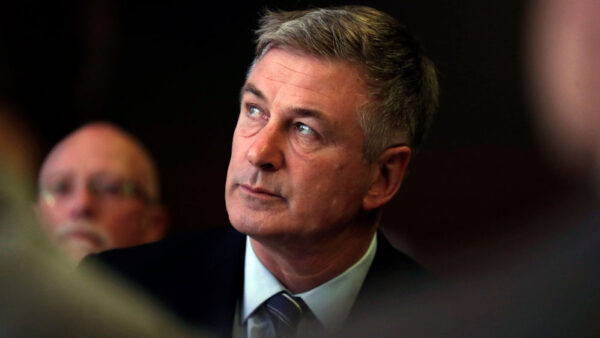 Although MCU films aren’t known for featuring strong villains, there have been countless exceptions, for example, Michael Keaton as The Vulture, Michael B. Jordan as Killmonger, etc. It looks like another badass villainous portrayal was on the horizon in 2013 when Alec Baldwin of the Saturday Night Live fame was in talks of starring in a Marvel movie.

His wife’s pregnancy, however, caused him to opt out and he didn’t discuss the details regarding his potential role. We can speculate about Baldwin’s role all we want but the truth, even to this day, remains hidden with Baldwin himself and a small number of people. 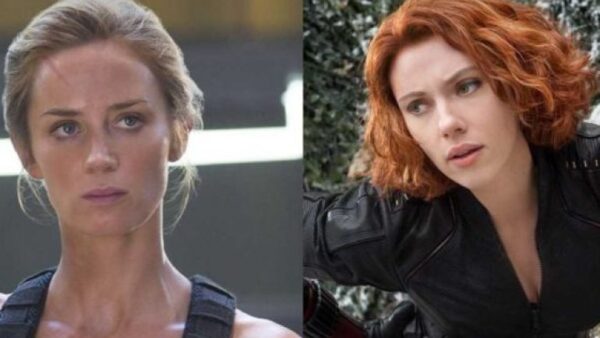 In the last 10+ years of MCU, there hasn’t been a supporting character that has grown on the audience as well as Black Widow’s character did. The now-deceased Soviet assassin will be getting a solo film pretty soon. A major part of the character’s success is courtesy of Scarlett Johansson’s remarkable portrayal.

However before the red-headed agent of Shield made her MCU debut in 2010, the character was supposed to look a lot different, as Emily Blunt was in line to play the role of Black Widow. Everything was in order before Blunt’s conflicting schedule played a factor. Her commitment to the project Gulliver’s Travels caused her to opt-out of MCU. 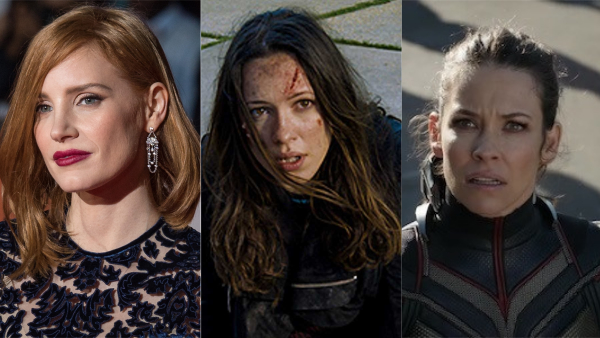 We can all agree that Iron Man 3 is remembered for several reasons but the character of Maya Hansen isn’t one of those. Still, the character played a significant part in the film. Rebecca Hall ended up portraying the botanist but the role was originally meant for a much bigger name i.e. Jessica Chastain.

Although Chastain couldn’t land the part due to scheduling conflicts, she also cited a lack of interest in playing a “boring civilian” in a superhero movie as a reason. The Interstellar star was then offered a superhero role of The Wasp but for unknown reasons, she ended up passing the chance to feature in an MCU flick yet again. A few years later, however, she was announced as one of the cast members of the Marvel film X-Men: Dark Phoenix. 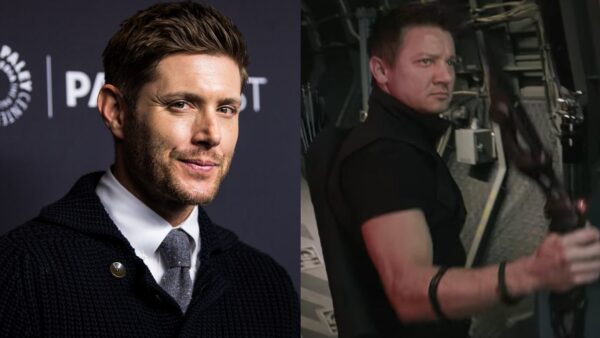 Being involved with MCU in some capacity should be every celebrity’s priority nowadays. Jensen Ackles realized it many years ago when he auditioned for the role of Steve Rogers/Captain America. Although he couldn’t land the part, his audition was impressive enough for MCU to reach out to him and offer the Supernatural star another role.

He was considered to play Hawkeye and Ackles was in favor of it. However, he had to choose between MCU and Supernatural due to scheduling conflicts and Ackles ended up going with the latter. As much as we would have loved to see Ackles standing shoulder-to-shoulder with the rest of the Avengers, an MCU without Jeremy Renner is unimaginable! 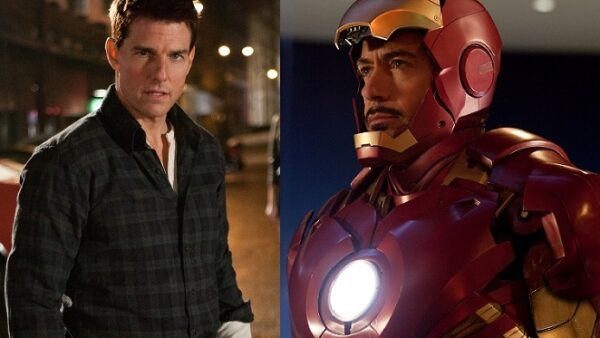 First of all, let’s make it clear that anybody except Robert Downey Jr. wasn’t simply meant for the role of the “Genius”, “Playboy”, “Billionaire” and “Philanthropist” Tony Stark. Before RDJ embraced and made an unlikable character the most beloved Superhero, Tom Cruise was supposed to produce and star as the titular character in the Iron Man movie.

However, MCU’s struggle in getting the rights of the Iron Man character caused Cruise to eventually lose interest in the project. There are also rumors of him demanding to have his face shown even while he was suited up. Luckily, these hurdles paved the way for MCU to reach out to Robert Downey Jr. and what followed doesn’t need any further clarification! 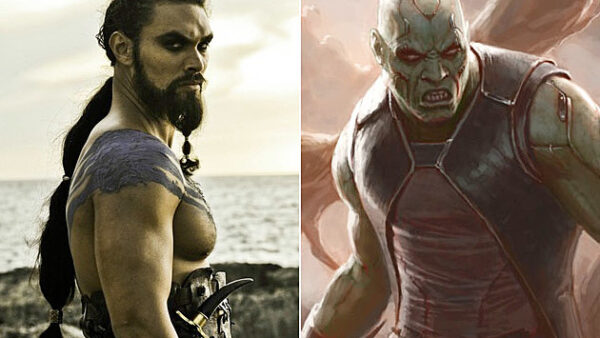 Momoa’s on-point portrayal of Aquaman has got everyone impressed. Although he has just appeared as the King of Atlantis in 3 DC movies, fans have already hailed him as irreplaceable. At one point, however, there was a strong chance of MCU signing the actor to star as Drax the Destroyer of the Guardians of the Galaxy.

Luckily for everyone, he decided to decline such a massive actor as he was concerned about getting type-casted. He considered the role of Drax to be similar to the ones he had already played multiple times. Momoa’s loss was Dave Bautista’s gain and MCU’s loss was DCEU’s gain. Now, we have the perfect stars playing the roles of Drax and Aquaman. 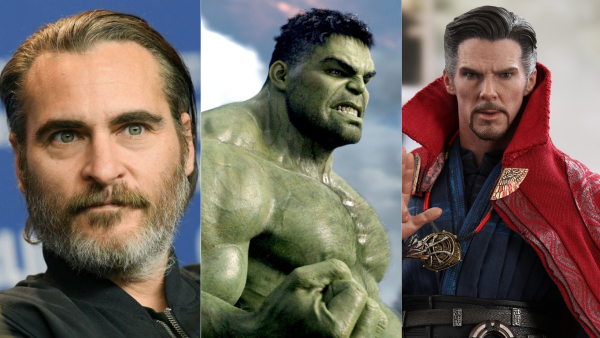 Having a Superstar like Joaquin Phoenix who literally becomes the character they are portraying, is a major plus for any Studio. This is why MCU kept on pushing hard to get Phoenix cast, first as Bruce Banner/The Hulk and later as Dr. Stephen Strange.

However, the Joker star ended up turning down each and every offer made by Marvel due to not feeling that such roles would be fulfilling. Props to Phoenix for following his heart even when being reached out with tempting offers repeatedly.

There are several other great actors who said no to big Marvel roles, can you name any of them? Sound off in the comments section!