15 Best Space Movies of All Time 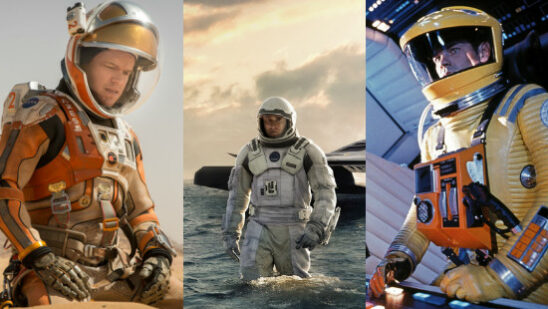 The human mind is always intrigued by the unexplored and what better way to become enthralled by seeing the mysterious universe in which we live in. Over the years, movies set in a distant galaxy have often been showcased as an innovation in the film industry and the following are the 15 best space movies of all time: 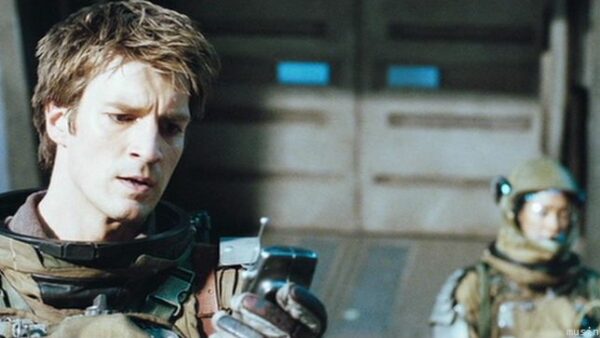 Long before Joss Whedon changed the entire landscape of superhero movies by Avengers, the director came up with Serenity. As a continuation of the director’s short-lived science fiction show Firefly, the movie takes place several events after the finale.

Set in the distant future, the year is 2517 and the movie focuses upon Captain Malcolm “Mal” Reynolds and his crew who rely on smuggling after recently losing the Unification War. With nine original cast members returning, the movie is a delight to watch for anyone who was a fan of Firefly. 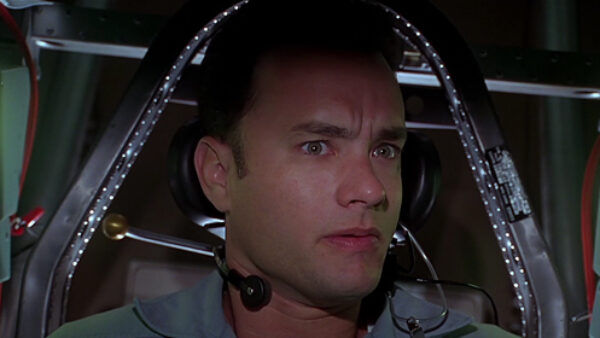 Based upon the actual Apollo 13 lunar mission, the movie is a roller coaster of a mission as the spaceship’s oxygen tanks explode after leaving the Earth’s orbit. Fearing for their lives, the astronauts must do everything they can think of in order to return to their homes alive. 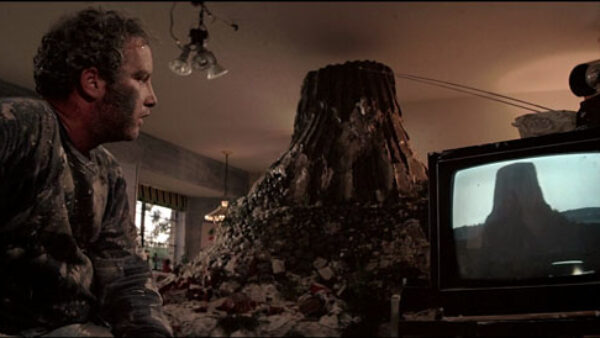 Fresh from the mega success of Jaws, acclaimed director Steven Spielberg tried his luck on a space adventure and the product of his tireless efforts was Close Encounters of the Third Kind. A hit at the box office and receiving a positive response, Spielberg was on the verge of being one of the well-known filmmakers he is today.

Starring Richard Dreyfuss as Roy Neary, the Indiana electrical lineman sees an unidentified flying object and even suffers a sunburn from its bright lights. After the life-changing event, Neary embarks on a journey to find out the truth about UFOs. 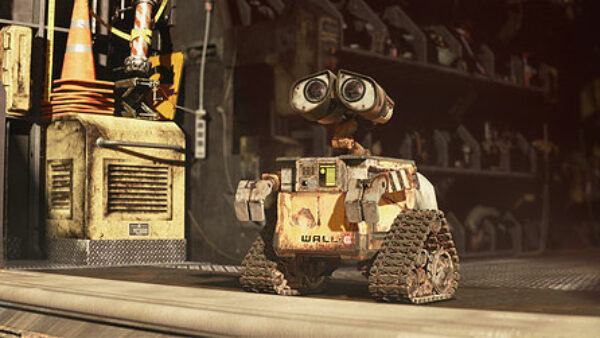 The only animated movie on the list was nothing short of amazing as the lovable robot WALL-E traveled throughout the galaxy with his companion EVE to entertain us with their space adventure.

As the last robot on Earth, WALL-E spends his entire life cleaning up the Earth but eventually develops a personality and senses. As soon as EVE enters his life, a great love story centering upon robots marks its beginning. 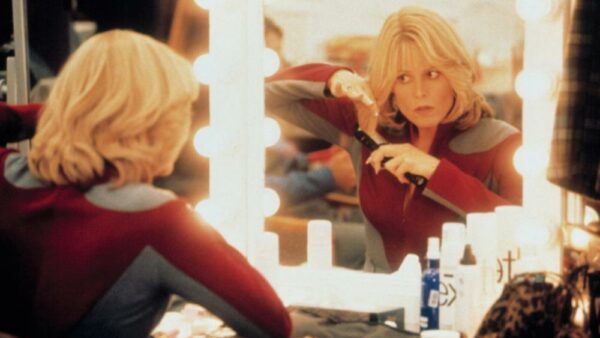 Unlike the rest of the entries in the list, Galaxy Quest has a touch of comedy and proves that a space adventure can be great fun to watch if added with some laughs.

After the stars of a sci-fi space show become washed up, they are beamed aboard an alien spaceship. Believing that their on-screen performances were real, the aliens request them to combat an oppressive regime that plagues their solar system.

On a related note, if you are a fan of the recently deceased Alan Rickman and wish to see some of his work besides Harry Potter, then Galaxy Quest is definitely for you! 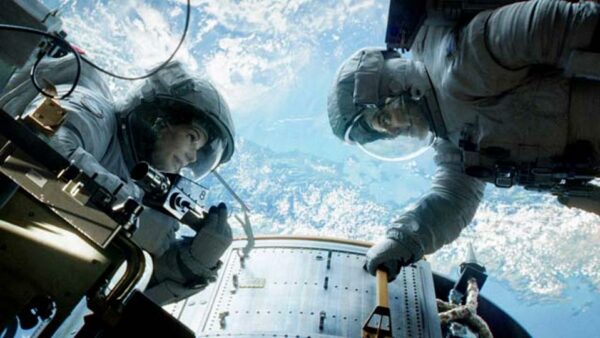 With Hollywood mega-stars George Clooney and Sandra Bullock in the lead roles, the movie can very well reach beyond good expectations. That is exactly where the 2013 science fiction movie Gravity comes in.

During their routine spacewalk, Medical engineer Dr. Ryan Stone and veteran astronaut Matt Kowalsky find themselves in trouble as their shuttle is destroyed. Realizing that there is no way to contact Earth and no chances to be rescued, the pair comes to terms with the only choice to endeavor further into space in order to get back to Earth. 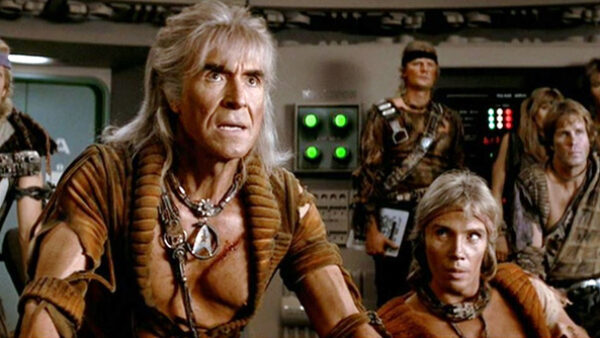 When it comes to cinematic universes set in space, Star Trek is one of the best ones out there. With several iconic characters coupled with a journey that makes the viewers’ jaw drop, very few movies set in space can compare their greatness with Star Trek.

Based upon a science fiction television series by Gene Roddenberry, the Star Trek franchise has more than ten movies. If all of them had to be narrowed down to the best one, then it would definitely be Star Trek II: The Wrath of Khan. 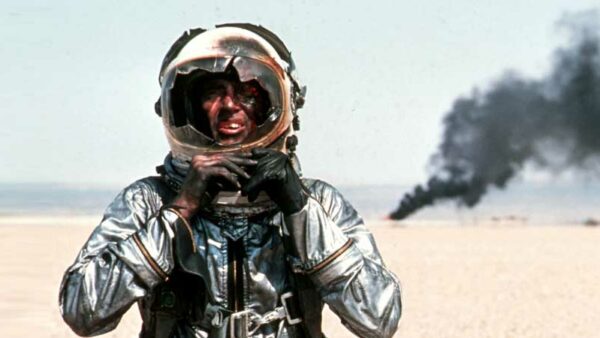 Based on the 1979 best-selling book of the same name by Tom Wolfe, The Right Stuff is one of the most unique space movies but regrettably remains forgettable after its release more than three decades ago.

The movie revolves around a team of astronauts who live on the planet Mercury after being victims of great political turmoil. Facing several crises and enduring personal troubles, the movie excellently shows that NASA’s technological progress comes with a heavy price. 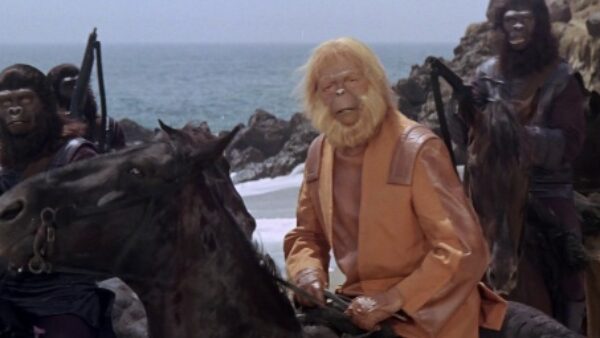 Just when everyone thought that space movies require innovation, the monkeys did the trick. Based upon the French novel of the same name by Pierre Harrison, Planet of the Apes remains one of the greatest and irreplaceable space movies of all time.

After a crew of astronauts crash-lands on a weird planet in the distant future, all seemed normal until it was discovered that humanoid-apes serve as the dominant species while humans were mute creatures wearing animal skins. 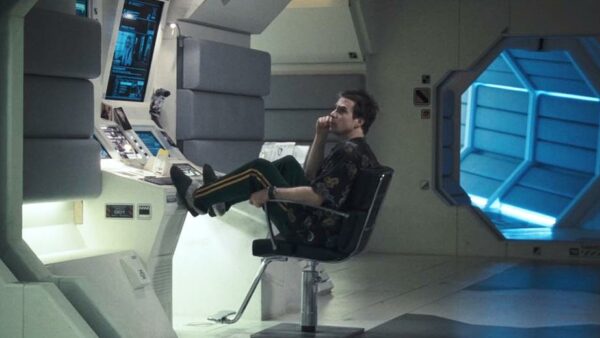 Arguably the greatest movie performance by American actor Sam Rockwell, Moon is quite possibly of the most underrated movies of its time. As his three-year shift at a lunar mine nears its end, astronaut Sam Bell is thrilled to return back to his home and meet his wife.

However, something terribly wrong occurs as Bell begins to suffer hallucinations, dizziness, and headaches. Worst of all, the astronaut almost becomes involved in a fatal accident. To top it all off, he faces a mystery as he soon encounters a younger version of himself. 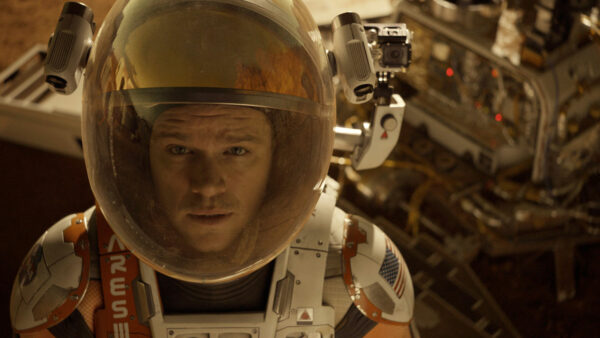 The year 2015 belonged to a few movies and The Martian was definitely one of them. Starring Matt Damon as Mark Watney, the astronaut supposedly dies on Mars during a mission that involved a fierce storm and is left behind by his team.

Realizing that he may never return to Earth, Watney relies on his wits and limited resources to survive while NASA finds a way to rescue their stranded man on Mars. The Martian received seven Academy Award nominations including Best Picture and Best Actor but failed to bag any of them. 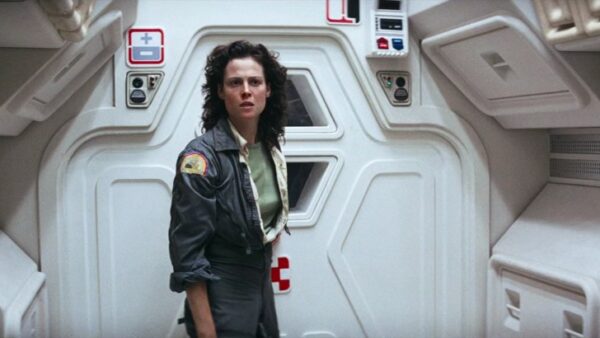 Admitted that there are only a handful of movies worth watching by Ridley Scott, Alien is definitely the best of them. Revolving around a highly aggressive extraterrestrial that thrives on killing the entire crew of a spaceship, Alien introduced one of the most iconic movie monsters of all time.

Being a critical and commercial success, Alien is considered one of the greatest science-fiction movies of all time and received two Academy Awards nominations, winning one for Best Visual Effects and spawned three sequels and one prequel. 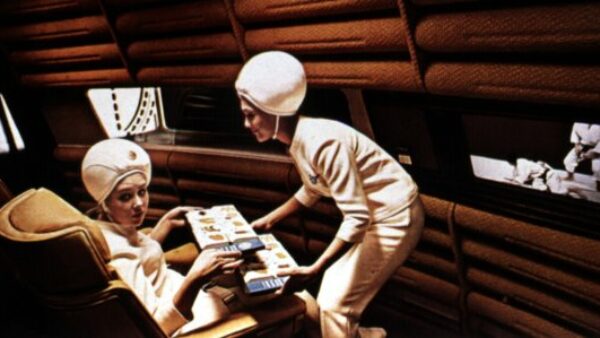 As one of the earliest space movies which showcased astronauts landing on the moon before the Apollo 11 moon landing in 1969, 2001: A Space Odyssey is an absolute perfection of a journey set in space.

Truly a masterpiece when it comes to filmmaking, Stanley Kubrick really outdid himself as conspiracy theorists began to conclude that the acclaimed director helped NASA fake the actual moon landing following the convincing special effects in the movie.

2001: A Space Odyssey earned four Academy Award nominations but only managed to win one for Special Visual Effects which serves as the only Oscar victory by the acclaimed director Kubrick. 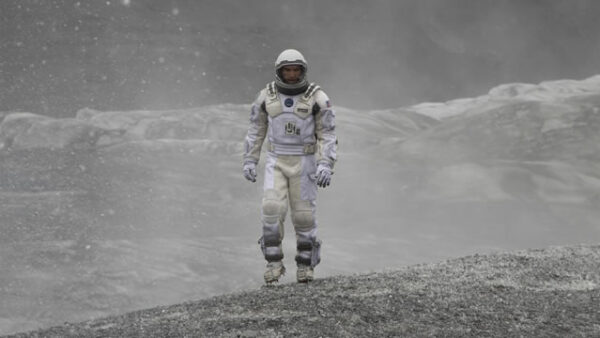 Undoubtedly the greatest director of his generation, Christopher Nolan truly is untouchable when it comes to leaving the audience mystified and wanting for more. Just when people thought that he cannot come up with a better movie than Inception, the director made one of the best sci-fi movies ever, Interstellar.

With Earth being a global crop blight and its future being at stake, NASA physicist John Brand is convinced that the only way to save the population is to transfer it to another planet by a wormhole. Starring Matthew McConaughey and Anne Hathaway, Interstellar does not fail in blowing you away! 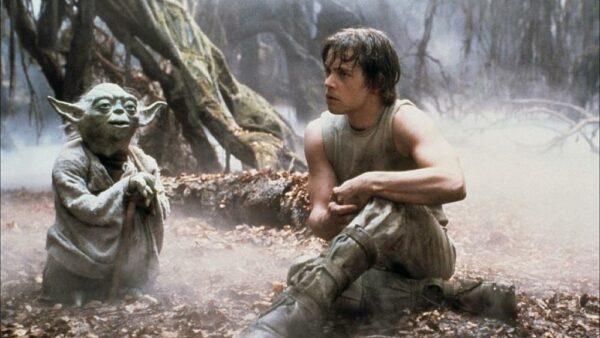 There is no question nor doubt when it comes to declaring Star Wars as one of the best space movies ever. Iconic characters, lightsabers, space ships, death stars, epic fight scenes, memorable dialogues, plot twists, you name it and Star Wars has it.

Created by George Lucas, the adventures of Star Wars cannot be described in a better way than calling it a story of great characters “a long time ago in a galaxy far, far away.” Becoming a worldwide phenomenon with a global cultural impact and a juggernaut when it comes to merchandise, Star Wars is an action-packed franchise that never fails to entertain and amaze.

Narrowing down to the absolute best one, if the best installment had to be selected from the original trilogy, prequel trilogy, and sequel trilogy, then The Empire Strikes Back would no doubt overshadow every other part.

Did we miss any of the best space movies of all time? Please let us know in the comments below!