Home » Movies » 15 Reasons Why Everyone is Loving Joker 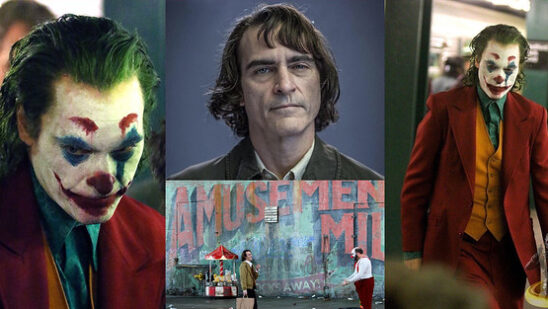 After being hyped for several months, Joker finally released last Friday. To say that the film is a hit among the audience as well as the critics would be a massive understatement. Ever since its release, it is all around the internet in the form of memes, articles, and whatnot! To top that, it opened domestically with an impressive collection of $93.5 million over the weekend, setting a new October box office record. So, it is safe to say that things are going good for Joker. But why are people all around the world loving it so much? Well, there are the following 15 reasons why everyone is loving Joker:

Even though it is said that everyone should watch a movie and judge it themselves, many still prefer to find out how others are reacting to it first. Therefore, the reviews that surface after a film’s initial or test release have a considerable effect on whether people would like to watch it or not.

For example, Dark Phoenix’s underwhelming initial reviews caused many people to lose interest in the film even before its release. Luckily for Joker, the initial reviews were highly positive. Because of this, people started anticipating its release even more than they were before the initial feedback hit the internet.

14. Itch to Learn about the Character’s Origin

Despite being one of the most famous comic-book characters of all time, Joker’s origin story doesn’t get explored much often. It should be noted that there are multiples versions of the character in the comics. Interestingly, many fans of the DC and the Joker, in particular, have claimed that they like the mystery surrounding Mr. J’s past.

So, when a solo movie was announced that would explore how the character became what he is today, it spiked the interests of people aware of Batman’s arch-nemesis. Without spoiling much, we can say that the origin story was crafted in the best way imaginable.

It shouldn’t come as a surprise to anyone that comic book movies in the last few years have taken over Hollywood. Films like Avengers: Endgame, Aquaman, Black Panther, etc. have emerged as some of the most successful films in the last two years, both critically as well as commercially.

So, combine the skillful team behind Joker with the appeal of comic book movies currently, and you have a masterpiece in hand that people will come to watch for sure. While it can be said that Joker wasn’t a part of DC’s shared cinematic universe, it is still a film based on an incredibly popular comic-book character.

We can all agree that Heath Ledger’s amazing portrayal of the Joker was the main reason behind The Dark Knight’s immense success. Sadly, Ledger passed away before the film’s release so he couldn’t witness the love he got for his part in the film. His legacy is still talked about. After The Dark Knight Trilogy concluded and it was time to recast the Joker, Jared Leto landed the part.

However, his portrayal of the Clown Prince of Crime received highly negative reviews. Among many reasons behind it, the high standard set by Ledger played a factor. However, Joaquin Phoenix exceeded the audiences’ expectations with his stellar performance of the Joker and looks like the torch has finally passed down from Ledger to Phoenix.

Not too long ago, people were quite hesitant to talk about mental health and emotional stability with others. Now, however, they are encouraged to do so and get all the possible help that they can. Mental health’s importance is often ignored in our society.

However, its stability or instability can make or break a person respectively. Joker sheds light on its importance and has brilliantly portrayed how the person struggling with it perceives the world. This fact alone makes it much more than just another comic book movie.

Even though moviegoers watch a movie mainly for its content and the artists’ performances, the soundtrack is an essential component as well. A good soundtrack can add depth to the story.

For example, Inception without its marvelous soundtrack wouldn’t have felt the same, even though the story was unique enough to make the film stand out among others (in a positive way). The team responsible for composing the soundtrack of Joker has done an incredible job. You can sense the graveness of a scene in this movie just by listening to the background score.

Among the positive reviews that Joker has received so far, many have mentioned a common thing and that is the cinematography. In case you are not fully aware of the term, the cinematography is mainly about photography and camerawork in the film. If utilized effectively, cinematography can improve the story-telling of the film.

Now that we have discussed various parts of film-making such as the soundtrack and cinematography, it is the right time to shed light on the most important effect. No matter how good an actor’s performance is or how brilliantly the story is presented on the screen, it wouldn’t mean a thing if the direction, writing or the actual story and the screenplay (including the dialogues) are poor.

Joker, however, succeeded in all three of these departments. The general audience is praising the dialogues, the disturbing story as well as Todd Phillips’ direction. Do watch this movie at your earliest convenience.

7. Potential to Score Big at the Next Academy Awards

The campaign for Joker to bag Oscars at the next ceremony has been running since the initial reviews hit the web. The push has only gotten harder after the film’s release last week. Heath Ledger’s Oscar win for the same role is an encouraging factor.

While it’s a common belief that box office hits don’t make a big impact when it comes to getting nominated for and winning the Oscars, it mainly has to do with the quality of the movie. So, expect Joker to be featured in various nominees in the upcoming ceremony. This fact has added to the viewers gaining more interest in the film.

6. The Build-up to Chaos

As it was mentioned earlier, most people are aware of the super-villain Joker. However, the movie we are referring to is about the circumstances which forced Arthur Fleck to fall into darkness. This development occurred in a slow yet effective way.

Many people who were expecting high-octane action sequences were disappointed with the film’s pace. Others were impressed with the slow and steady build-up to chaos as they got to learn about the factors that pushed Fleck to a point where he finally lost all the hope and became unredeemable.

It’s said that kids prefer heroes and adults to find the villains interesting. For example, many people sided with Thanos after watching the Infinity War, even though he wiped off half of the universe’s population! When it comes to the Joker, he has always been adored by the fans.

So, it shouldn’t take a genius to figure out why Joker is being received positively by the fans and critics alike. With heroes involved, there is an assurance that everything will end well. In a villain’s story, however, the audiences witness the characters trying to find a ray of hope in life without succeeding. Sad to say this but the latter sounds more practical. Thus, Joker garnered high interest from the adult moviegoers.

It has become quite common for comic book geeks to watch a movie carefully and spot Easter Eggs and references to other related material (comic books and movies). Joker was no exception either.

The film is packed with Easter Eggs, both obvious and subtle. Alfred’s Cameo, the Arkham State Hospital and other interesting references are scattered throughout the movie and the audiences are having a nice time finding them.

Joaquin Phoenix isn’t a big fan of sequels. In fact, he has never done one. However, it seems like Joker may have changed his mind. With the film smashing box office records and being showered with rave reviews, it seems like there is much more that can be explored. Phoenix has himself stated that he would like to know what else can be done with the character.

Although nothing concerning a sequel has been set in stone as of yet, people have already started carving out crossover possibilities with the DC Cinematic Universe’s Batman (portrayed by Robert Pattinson). Even imagining Pattinson’s Batman and Phoenix’s Joker in a face-off gives us chills.

Joker has got many things right but the casting choice ranks at the top. Supporting characters portrayed by Robert De Niro, Zazie Beetz and others had a considerable amount of impact on the film.

However (and it shouldn’t come as a surprise), Joaquin Phoenix absolutely smashed it with the titular character. He portrayed Batman’s arch-nemesis to such perfection that the audiences were able to connect with him and even root for him on many occasions! It isn’t an overkill when we say that the film wouldn’t have been half good, had Phoenix decided to not become a part of it.

Perhaps the best thing about the movie is that the team behind it decided to go all out. The Joker has caused quite a chaos in comic books and movies.

So, the only way to give him a proper origin story was by ensuring that none of the stuff was watered down. The audience is loving the dark nature of the movie, which is quite uncommon with flicks based on comic books. Joker has got a hard R rating and anything less than that would have defeated the purpose of the movie. Comic-book movies are mainly watched by kids and teens. Therefore, going with the R rating was a bold move but looking at the box office collections, the risk has paid off.

These were the main reasons why people were loving Joker. Have you watched it yet? Do let us know in the comments!