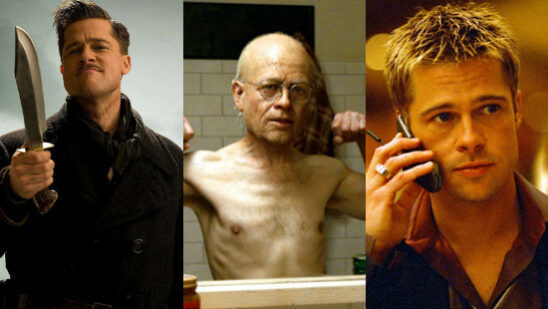 Acclaimed by many as the most attractive man, William Bradley ‘Brad’ Pitt is a celebrated American actor and producer. His good looks have certainly brought him good fortune, marrying both of the widely accepted sexiest women of all time, Jennifer Aniston (ex-wife) and Angelina Jolie. Apart from his dashing looks, Brad Pitt has certainly made his mark in the film industry with his exceptional acting and production skills, winning a Golden Globe award, a Screen Actor’s Guild Award, three Academy Award nominations as an actor, and three as a producer winning one as a producer. Following are the 15 best Brad Pitt movies of all time that you should definitely check out:

An Oscar win for Best Achievement in music written, a Golden Globe for Best Motion Picture, and a bucket load of other awards and nominations, Alejandro Gonzalez’s Babel is a success on many levels. With a dashing Brad Pitt and a very pretty Australian Cate Blanchett in lead roles as a couple, Babel is about four families’ stories that link with one another.

A couple on a vacation to mend their marriage; a farmer’s sons and the rifle; a Japanese girl with a hearing disability, her mother’s suicide, and an estranged father as her many troubles.

Writer Guillermo Arriaga deserves much praise for this subtle way of showing how our lives and problems are interconnected in ways we do not comprehend. 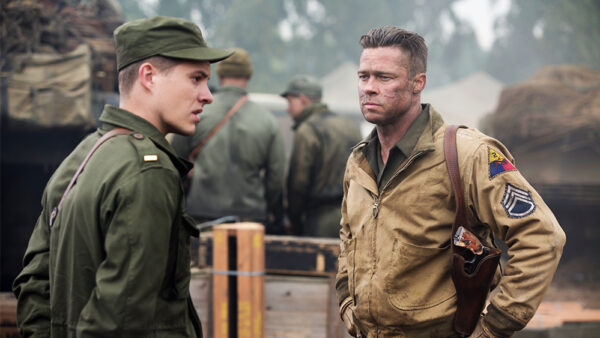 Don “Wardaddy” Collier, played by Brad Pitt, is a rugged, tough soldier, hardened by war. One of the most recent Brad Pitt movies on our list and set in WWII times, this movie is about a 5 men crew and a tank named Sherman led by Wardaddy. Amidst them is a young amateur named Norman, whose first experience of blood and death is a harsh one.

Wardaddy (Brad Pitt) mentors him and breaks his conscience to make him into a soldier. With an inexperienced and scared to his wits Norman on board, outnumbered and outgunned, the crew takes on a dangerous mission of taking an offensive against Nazis on their stronghold. 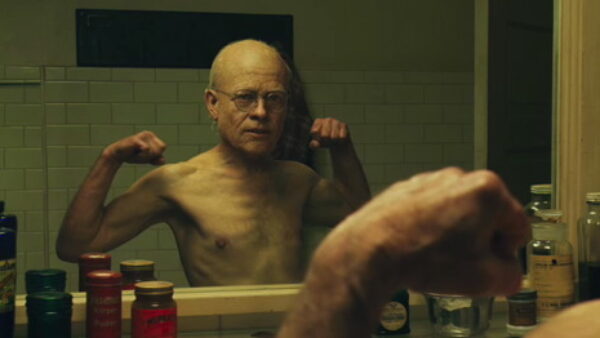 Cate listens to her daughter reading Benjamin’s diary and recalls her lover’s extraordinary life experiences. Brad Pitt’s sincerity in the role got him nominated for an Oscar for Best Performance in the Lead role. The movie won 3 Oscars for Best Achievement in Art Direction, Makeup, and Visual Effects along with 9 Oscar nominations. 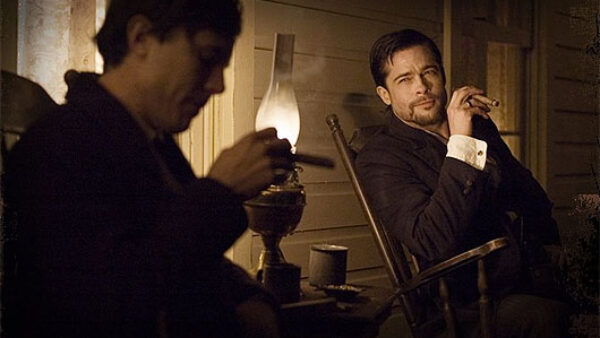 Director Andrew Dominik’s venture is based on Ron Hansen’s novel of 1983. Dubbed the fastest gun in the West, Jesse James was a famous outlaw, idolized by many. Jesse (Brad Pitt) hires new guns, Robert (Casey Affleck), and his brother Charley (Sam Rockwell) for his next heist plan.

Envious of his popularity and playing a double game, Robert guns down Jesse in cold blood and runs away with the bounty on his head. Casey Affleck gives a blazing performance, getting nominated for an Oscar. 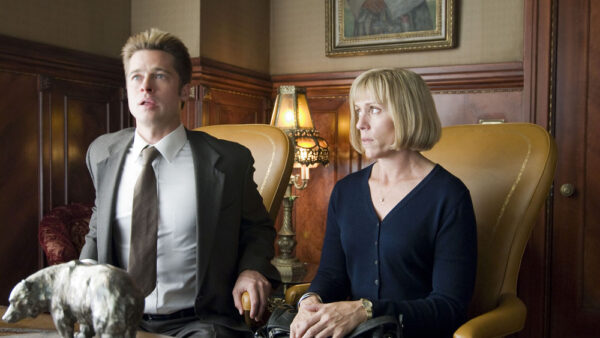 Never leave videotapes lying around is the message in Ethan Coen and Joel Coen’s production. A stellar cast including ladies man Brad Pitt and the famous George Clooney, this is about CIA agent, Osbourne Cox, who gets fired and decides to make a memoir.

This one and a half hours of comedy are about tangled love affairs, blackmail, and naïve young people who believe they have hit the jackpot when they find the memoir tape. 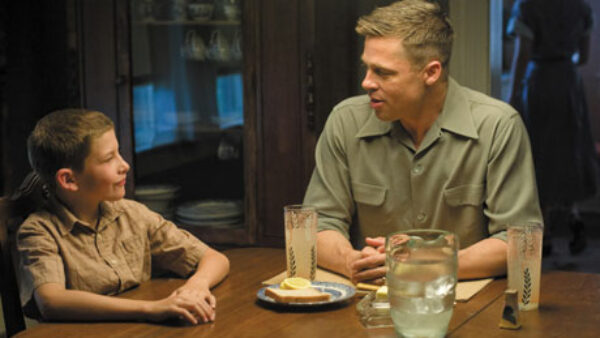 Written and directed by Terrence Malick, The Tree of Life has depth in its storyline making you ask the same questions as the protagonist. The movie is mainly set around Jack, the eldest son of the O’Brien family, living in Texas in the 1950s.

The different roles of the mother (Jessica Chastain) and father (Brad Pitt) instill an emotional battle in young Jack which only deepens with time and happenings, making it hard for him to accept the reality of the modern world. It is times like these when people question faith and the origin of life. 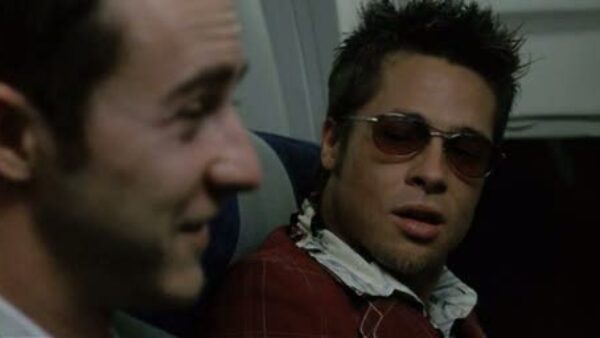 With its quotes often popping up on social networks, Fight Club is one of the most popular movies among the young generation. Ranked as #10 in IMDb’s all-time best movies, it features Edward Norton as the narrator of the film, an insomniac with a dull job, and who attends group therapy sessions.

He meets Tyler (Brad Pitt), a soap manufacturer, who introduces him to a more practical solution for relieving stress and aggression; bare-knuckle fighting. The idea catches on and underground fight clubs spring up everywhere.

However, things seem to get out of control as Tyler’s ambitions seem to go beyond just fighting. With superb acting, great cinematography, and thought-provoking dialogues, David Fincher’s Fight Club should be on everybody’s watch list. 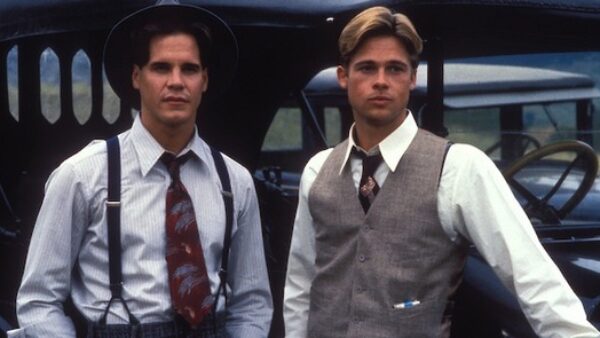 The movie is a narrative adaptation of Norman Maclean’s book, describing his childhood in a beautiful countryside Montana where two things taught him about life; his father, a stern Reverend and fly fishing.

The movie has done justice to the scenic beauty of Montana and won an Oscar for Best Cinematography (Philippe Rousselot).

Paul (Brad Pitt) is the younger brother of Norman, a maverick in the family who’s happy with his life drinking, playing cards, and fly fishing.

The characters are shaped by Norman’s memory, who went on to become an English Professor at the University of Chicago, writing this book after retirement as his father had once advised him to. 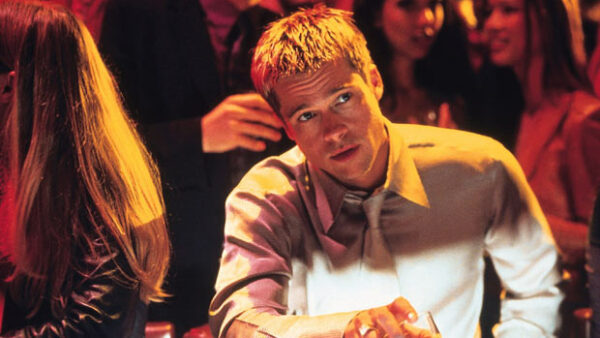 When George Clooney, Brad Pitt, and Julia Roberts, all-star in one movie, it is bound to attract large viewership. The plot is simple enough Danny Ocean (George Clooney) is known for making big heists.

This time he plans to hit 3 casinos, the Bellagio, the Mirage, and the MGM Grand, all at once with help from his team of eleven featuring a card magician, a pyro-technician, a Chinese acrobat, and more.

Will he make it with $150 million or does Terry Benedict (owner) know about their design, watch the movie to find out all the plot twists. 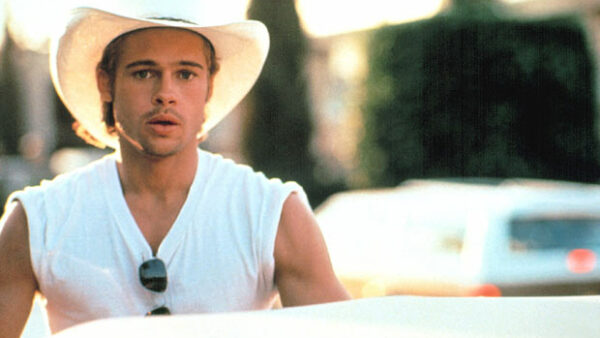 Directed by Ridley Scott, Thelma, and Louise in many ways is a typical American road trip movie. Two ordinary women decide to hit the road Thelma, a housewife of a Sales Manager for a rug company, and Louise, a waitress, and girlfriend of a musician who is often traveling.

They happen to meet and flirt with a stranger who tries to force his way with Thelma and Louise ends up shooting him. Now, they are really on the road. Brad Pitt makes an appearance in a side role as a small-time thief, who seduces Thelma, spends a night with her, and leaves with their money the next day.

The movie won an Oscar in Best Writing and was nominated for many including two Best Actress, Best Director and Best Cinematography. 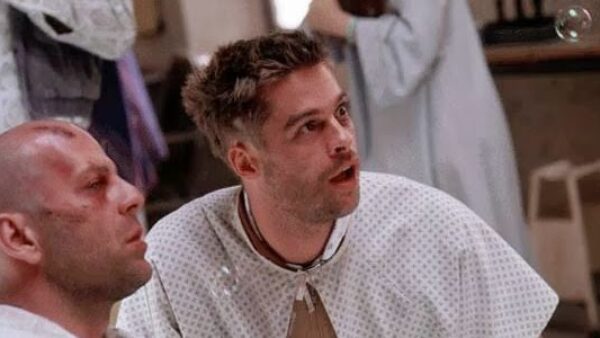 Terry Gilliam’s sci-fi thriller has been highly acclaimed by critics and movie sites alike. Although in a supporting role of a virus expert, Brad Pitt (Jeffrey Goines) gives an absolute stunner of a performance, getting him nominated for an Oscar.

The main plot of the story is about a deadly virus that has wiped out more than 90% of the population, forcing the survivors underground. In a futuristic world, a convicted sociopath (Bruce Willis) is sent back in time to locate “the army of twelve monkeys” and study the virus released by them.

Accidentally, arriving 6 years earlier, he is sent to a mental institution. More plot twists follow including James Cole (Bruce Willis) falling in love with his psychiatrist and being unwilling to return to the future. 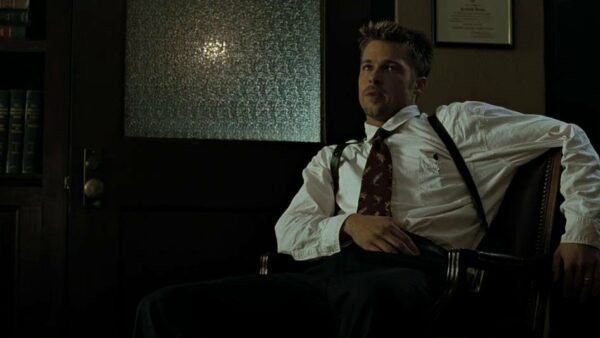 Featuring a star-studded cast, Morgan Freeman, Kevin Spacey, and Brad Pitt, David Fincher’s crime thriller was bound to be a success. Highly rated at #22 in all-time best movies on IMDb, Se7en has a brilliant storyline where a sadistic self-claimed righteous serial killer is choosing his victims according to the seven deadly sins.

Somerset (Morgan Freeman) and Mills (Brad Pitt) are both detectives working together to catch the culprit.
In a sad but exceptionally clever ending, John Doe (Kevin Spacey), the serial killer, sets the detectives up to complete his seven deadly sins victims. For anyone in the crime genre, this movie is a must-watch. 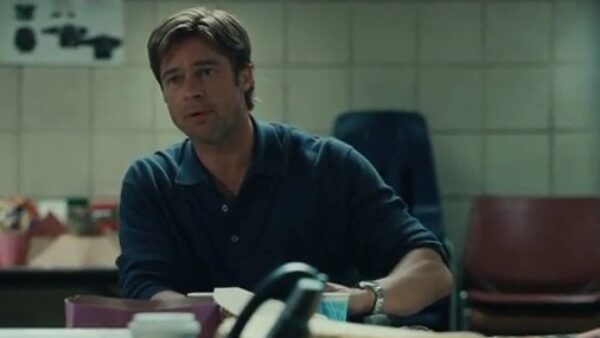 Steven Zaillian’s (writer) idea of a sports movie is every sports fan’s fantasy. Building a team of underrated players to challenge and win against money-made teams who simply pick the best using their capital.

Billy Beane (Brad Pitt) is a General Manager of Oakland A, which loses a match and 3-star players in the playoffs. With no financial backing and a dire need to win, Beane takes heed from a Yale graduate’s (Peter Brand) idea of using computer analytics to pick under-valued players.

Hiring Peter, Beane now faces two challenges; managing the team who disagrees with his ideology and winning the world series to prove his method and keep their jobs. The movie has 6 Oscar nominations including one for Brad Pitt in the lead role for his astounding performance. 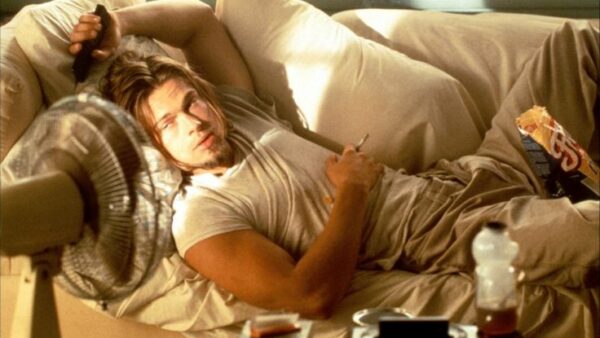 It is a serious mashup of the crime and romance genre by director Tony Scott. Clarence Worley (Christian Slater) ends up marrying beautiful Alabama (Patricia Arquette), a call girl, after a one-night stand with her.

Back in the club to get Alabama’s stuff, Clarence is attacked by her pimps and ends up killing two of them. Mistakenly taking a suitcase full of coke, Clarence decides to sell the drug to actors and travel to Mexico, with help from his actor friend Ritchie. The movie received great reviews from critics and showcased Brad’s acting potential. 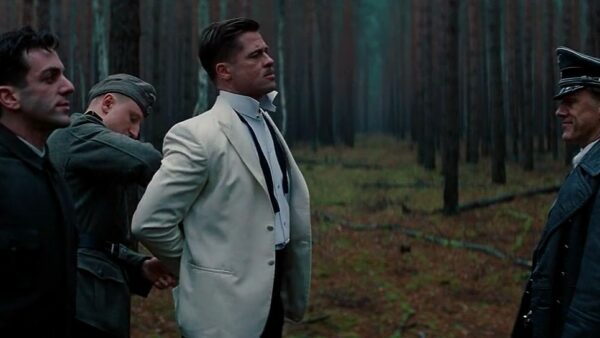 This is another WWII-era movie set in Nazi-occupied France which opens by showing a young Jewish girl witnessing the killing of her family at the hands of Nazis. Years later, when a German war hero takes interest in her and wants to screen a movie on his heroics at a theater run by her, she has the perfect chance of revenge.

At the same time, a group of Jewish-American soldiers gained popularity by brutally killing Nazis, getting the name ‘The Basterds’ from Germans. When they hear about the movie screening where all major ranked Nazis will gather, they have their own plans.

The movie is brilliantly written and directed, showing the war atrocities of WWII and their effects on poor civilians, getting ranked within the top 100 best movies of all time by IMDb. The movie won an Oscar along with a score of nominations including an Oscar nomination for the writer of the movie, Quentin Tarantino.

We can’t resist mentioning the best performances of Brad Pitt in the following movies as well:

Did we miss any of the best Brad Pitt movies of all time on our list? Please let us know in the comments below!