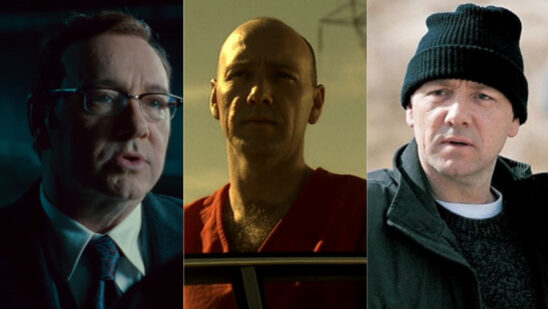 Kevin Spacey has created numerous wonderful onscreen characters with his outstanding and memorable performances. He mostly gets so into the character he is playing that he successfully manages to make the performance rather realistic. His outstanding performances have earned him a range of nominations and awards, including winning an Oscar! Let’s have a look at the 15 best Kevin Spacey movies of all time. 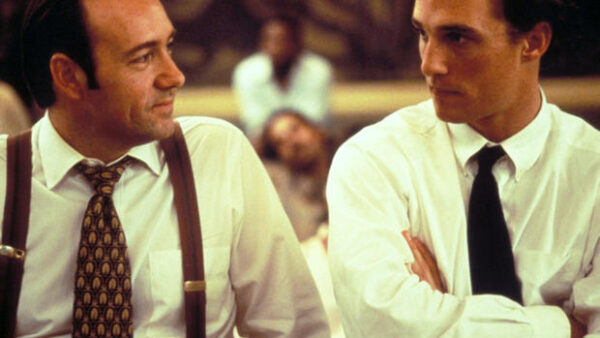 This movie is based on John Grisham’s novel of the same name. It narrates the story of a father who kills the man who rapes his daughter and is now facing trial. Spacey plays the prosecuting DA and provides a tough opposition to the young defense team.

His performance is clearly the highlight of the movie. The chemistry between Spacey and Jackson is truly amazing and puts you on edge of anticipation. This movie was both a box office and critical success and domestically grossed $108 million. 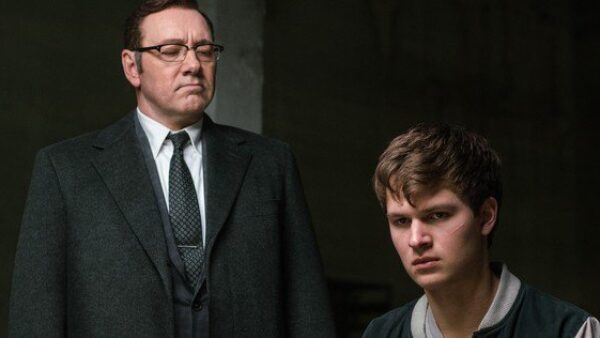 This romantic crime thriller movie is about a young getaway driver who gets forced to work for a crime boss and eventually finds himself in a heist that is doomed to failure. One of the finest performances by Kevin Spacey, as well as the rest of the cast, they convincingly portrayed the roles of killers who are mentally unstable.

This movie earned praise and critical acclaim for its performances, action sequences, and direction. It was also selected as among the top ten movies of 2017 by the National Board of Review. The movie grossed about $226 million globally on a budget of $34 million. 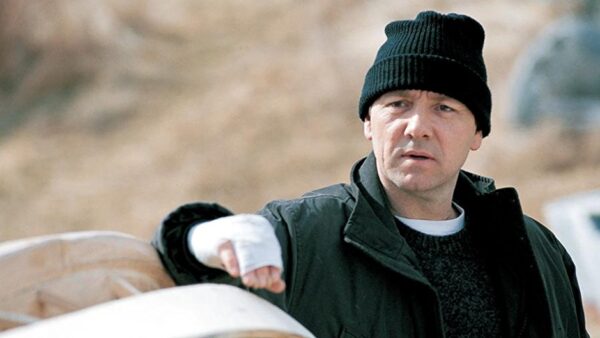 In one of their finest performances, Spacey and Cate Blanchett make their characters truly believable. Spacey is incredible as Quoyle, a socially awkward and suddenly single father who packs up everything and returns to Canada to live with his aunt.

Soon, he gets caught up in the mysticism of spirits, legends, and land. Spacey steps out of his usual clever and confident characters and perfectly took on the role of an emotionally crippled man. Even though this movie was underappreciated in its time but Spacey’s performance was still appreciated. 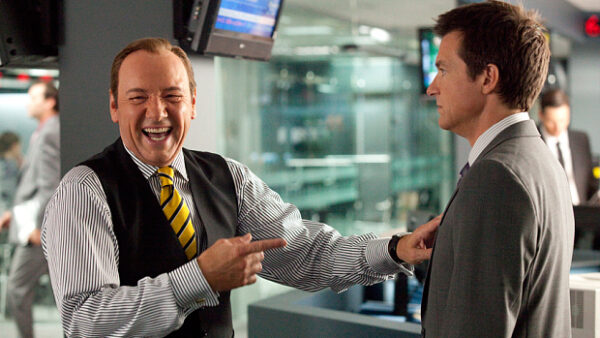 This black comedy movie was based on a story written by Michael Markowitz. It narrates the hilarious account of three friends who are fed up with their abusive bosses and decide to murder them. Spacey has brilliantly portrayed the role of a jerk boss and seems to be enjoying himself.

This movie earned more than $209 million. It exceeded the financial expectations and earned its mark as number two on the opening weekend. It went on to become the highest-grossing black comedy movie. Horrible Bosses 2 was later released in 2014. 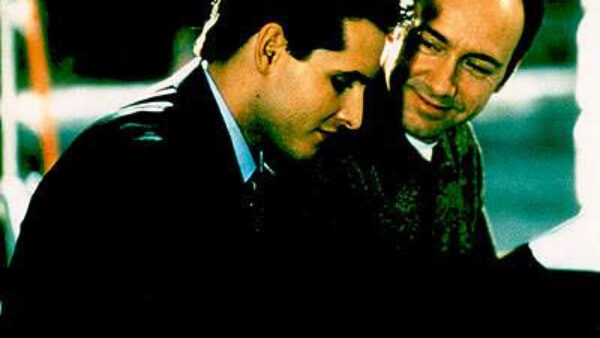 This is a comedy-drama movie that was adapted from the play written by Roger Rueff, Hospitality Suite. It narrates the story of two veteran salesman dissecting a sales pitch to a client via their young protégé.

Spacey portrays a sardonic middle-aged salesman who views everything as a hardcore cynic. He gives out one of his finest performances with his usual wit and humor. 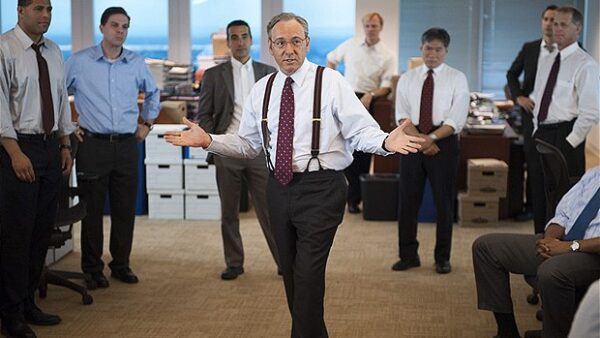 This independent drama movie is the tale of 24 hour period focused on the Wall Street investment bank at the initial stage of its 2007-2008 financial crisis. It mainly highlights the actions of a group of employees at the time of the financial collapse.

Spacey and Bettany gave their best performances and Spacey truly shines. This movie was groundbreaking day and day release, earning more than $10,000,000 on video-on-demand sales. It received an overwhelming amount of positive critical reviews. 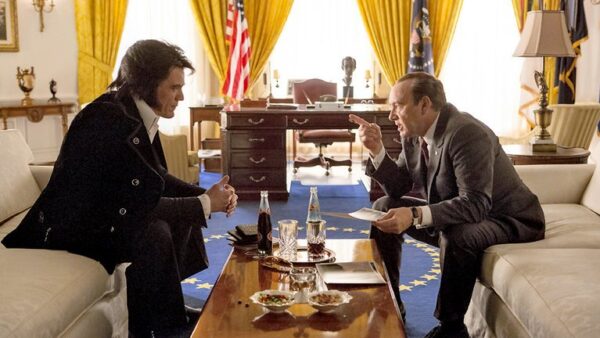 This movie narrates the untold true account of the meeting which was held between President Nixon and Elvis Presley, king of Rock ‘n Roll. The meeting resulted in a humorous and revealing moment that was immortalized in photography which is the most requested in the National Archives.

Spacey completely did justice to his role as Nixon. He portrays the perfect amount of bemusement and wit. The chemistry between Spacy and Shannon was brilliant and they both delivered a captivating performance of those two icons. A rather underappreciated movie that clearly demands far more attention because of the amazing performances of Spacey and Samuel L. Jackson.

Packed with action, this movie is about a police negotiator and his quest of proving his innocence when he is accused of murder and corruption. It is truly an unforgettable movie, with great writing, direction, and amazing performances. 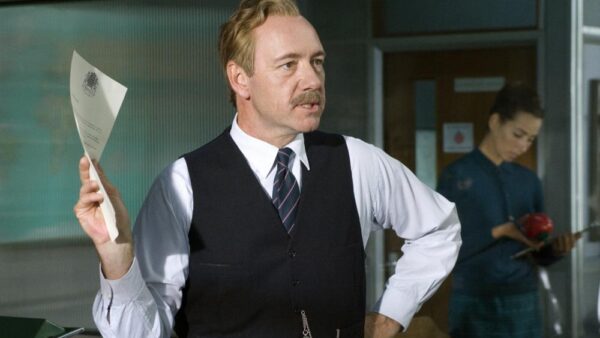 This movie has been adapted from the play Telstar by Nick Moran and James Hick. It is a story about Joe Meek, the record producer who was musically illiterate and also tone-deaf but had a knack for producing and was obsessed with music.

Spacey plays the peculiar business manager of Meek and spots a remarkable upper-class English accent. He surely adds quality to the entire movie with his brilliant performance. 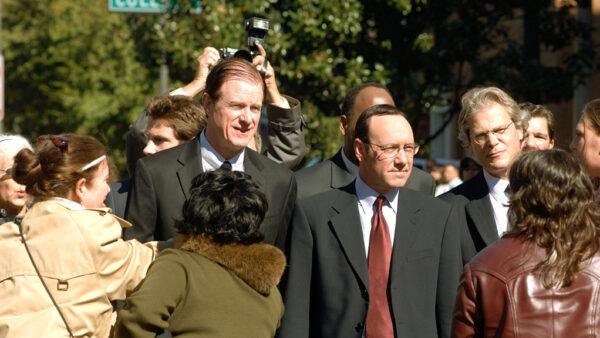 This movie is the dramatization of the presidential election of 2000 where Al Gore accepts Bush as president but renounces upon learning about the irregularities of the vote count in Florida. Democratic strategists are raced to Florida for uncovering the truth, along with the Republicans. This movie was highly praised, especially the performance of Spacey. 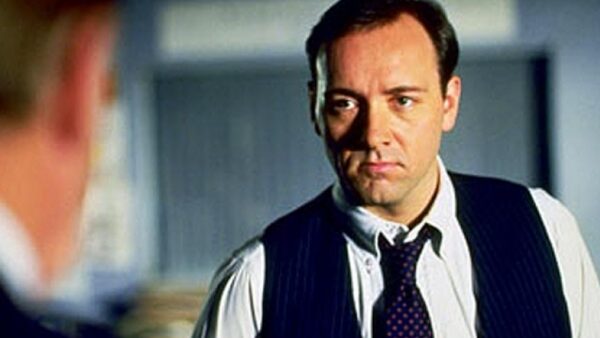 This incredible movie is about a naïve and young studio assistant in Hollywood who eventually turns the tables on his abusive boss. The story highlighted the theme of office bullying and discontentment at workplaces, which is a theme that has been highlighted countless times before and after this movie but there are rather few movies that are more brilliantly done than this one.

This movie is undoubtedly Spacey’s through and through. His performance as the abusive boss is so realistic, that you will end up hating him with all your guts. He earned a number of award nominations and high praise from the critics. 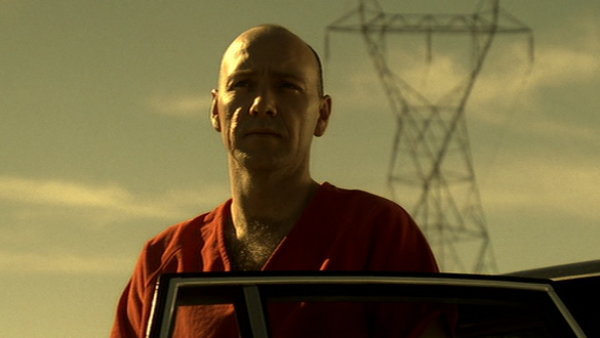 One of the most chilling thriller serial killer movies ever made, Se7en includes outstanding performances by Morgan Freeman, Brad Pitt, and particularly Spacey. He played the villain with the right amount of menace without going over the top. Even though his screen time is far less than Freeman and Pitt, he still managed to outshine them with his memorable and disturbing performance.

He earned a number of nominees, including an ACCA nominee for Best Actor in a Supporting Role, and won the MTV Movie Award for Best Villain. This movie grossed more than $327 million globally and was the seventh highest-grossing movie of that year. Critics highly praised the performances as well as the brutal and dark theme of the movie. 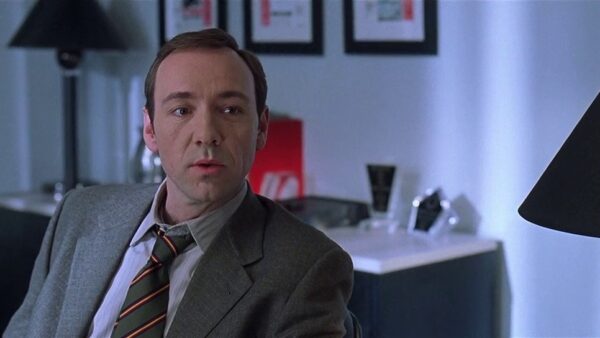 Lester Burnham, Spacey’s character, was truly wince-inducing but still one of the most memorable characters of modern cinema. Mendes expertly narrates the mid-life crisis and Spacey further made it real with his brilliant performance. His depression, hysteria, and obsession with his teenage daughter’s friend would make you sit on the edge of your seat. 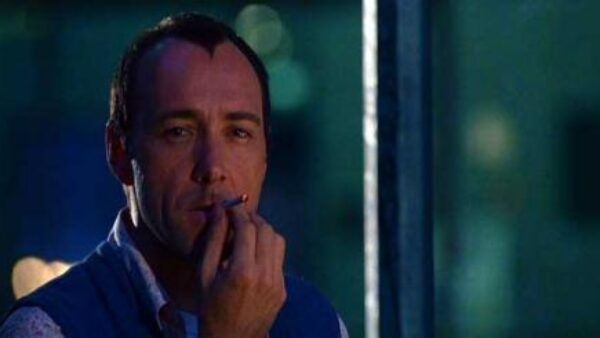 This movie revolves around a sole survivor who narrates the events which led to a brutal gun battle initiated after five criminals met in a random lineup at the police station. Undoubtedly, this movie would not be the same without Spacey. His character, con-man Kint, is so perfectly crafted that any actor would want to play it but no one can give justice to it and take it to a whole new level as Spacey did. 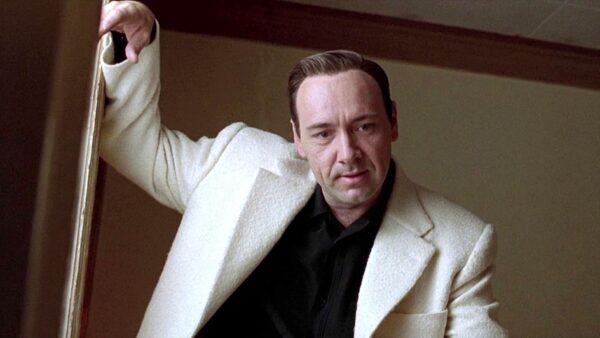 This movie marks the acting high points for the cast members, especially Spacey. The movie is about three policemen, having their own obsessions and motives, tackling the corruption around an unsolved murder at a coffee shop in the 1950s. Spacey gave a subtle performance, standing out from all the shouting and chaos happening around him.

Which one is your favorite? Did we miss any of the best Kevin Spacey movies ever on this list? Let us know in the comments.