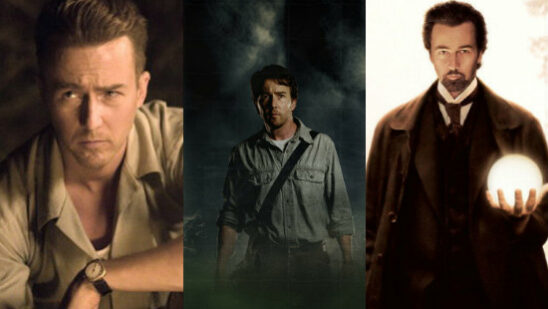 With a passion to act and the will to leave the audience wanting for more, Edward Norton is one of the best actors in Hollywood today. Though Norton graduated with a Bachelor in Arts of History from Yale University, it was the profession of acting that has always been his true calling. Arguably among the best actors who have never won an Academy Award, take a look at the 15 best Edward Norton movies of all time: 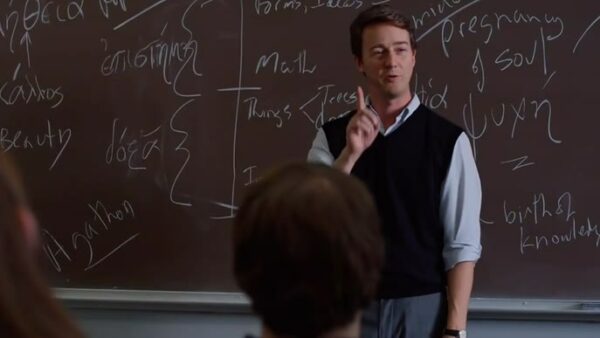 While handling a role is hard enough, Norton had the responsibility of two of them in the 2009 comedy-drama movie Leaves of Grass. Starring as identical twins, Bill Kincaid is a laudable lecturer at Brown University while Brady Kincaid is a marijuana seller.

Though the movie received mixed reviews, it made clear that Norton is one hell of an actor. Pulling off not one but two roles magnificently is just a glimpse how capable Norton is as an actor because the list has just started. 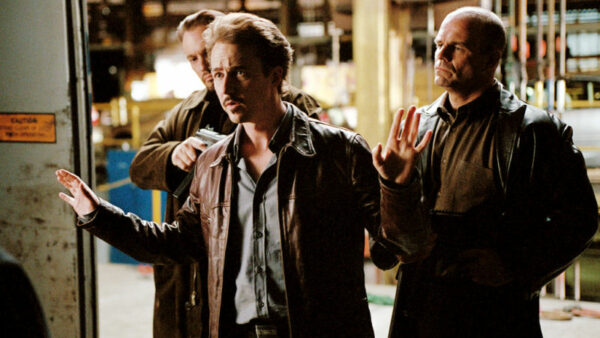 Everyone loves a heist movie and Edward Norton is the tip of the iceberg if starring in it. As a remake of the 1969 British movie of the same name, The Italian Job revolves around a team of thieves who intend to steal gold from a former comrade who double-crossed them.

With several twists and turns, the movie excellently convinces the audience to think twice when it comes to trusting anyone. Despite having a cast of Mark Wahlberg, Charlize Theron, Jason Statham, Seth Green, and Donald Sutherland, it is Norton who is nothing short of a scene-stealer. 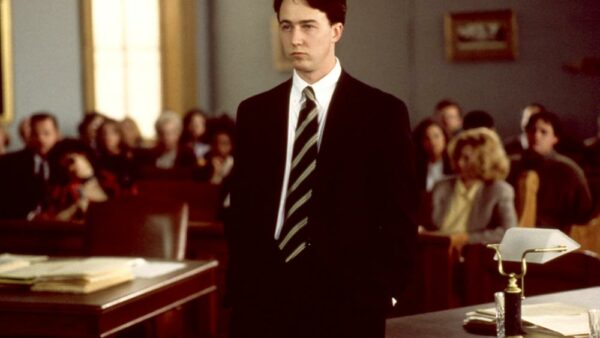 Isaacman must bear the bad-boy antics of his client and must do everything in his hands to make sure that the court rules in favor of Flynt. With intense speeches and credible acting ability, Norton is absolutely brilliant in the movie.

As unbelievable as it may sound, it was Norton’s third movie of his career and won several awards for his role including Best Supporting Awards by the Boston Society of Film Critics, Florida Film Critics Circle, and Society of Texas Film Critics. 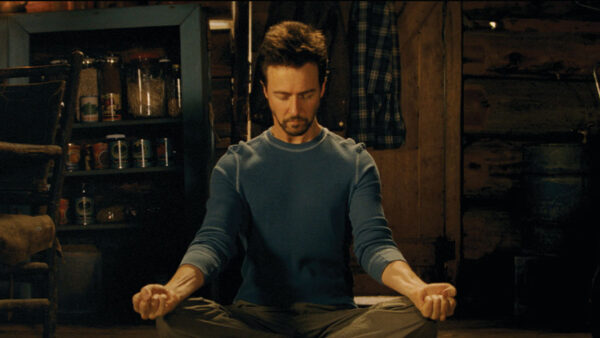 For the very first time in his career, Edward Norton played a superhero from Marvel Comics. As Dr. Bruce Banner, the Hulk had to face another threat besides General Ross as Abomination is prepared to prove that the city is not big enough for two monsters.

Unfortunately, it was the last time the actor portrayed the green-colored monster with anger issues. Due to Norton’s writing conflicts, the actor did not even promote his own movie. As a consequence, the role of the Hulk was recast as Mark Ruffalo replaced Norton in The Avengers and future movies of the Marvel Cinematic Universe. 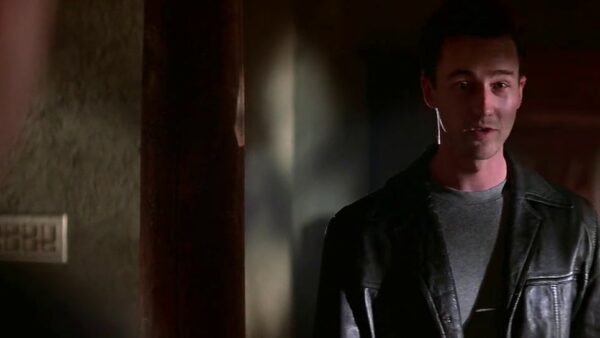 The crime thriller movie had two bankable and great stars Marlon Brando and Robert De Niro. Along for the ride was none other than Edward Norton as a clever robber who pretends to be an intellectually damaged janitor.

Costarring with mega-stars such as De Niro and Brando is enough for any actor to feel confident about making it big in the film industry but Norton was taken to one step further. As the movie is a “passing of the torch” for Norton, the actor was established as the next big thing in Hollywood. 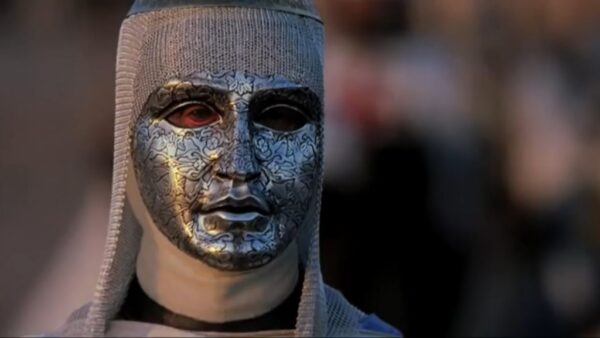 With everyone featured as fictionalized versions of historical figures, Norton dons the role of King Baldwin IV of Jerusalem. Also known as the Leper, the actor was absolutely convincing with the role of royalty. 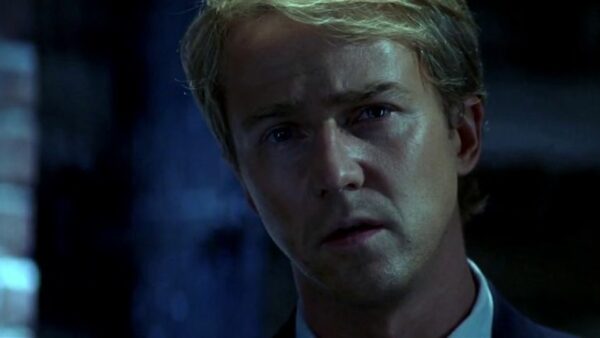 Anthony Hopkins as Hannibal Lecter is one of the most iconic movie characters of all time. Add Edward Norton to the mix and you got yourself one hell of a movie.

Based upon the novel of the same name by Thomas Harris, Red Dragon featured Norton as Detective Will Graham who charged Lecter with cannibalism and put him behind bars.

Equipped with the ability to think like criminals and recreate their horrendous activities in his mind, Graham must face another serial killer who goes by the name of “The Tooth Fairy”. 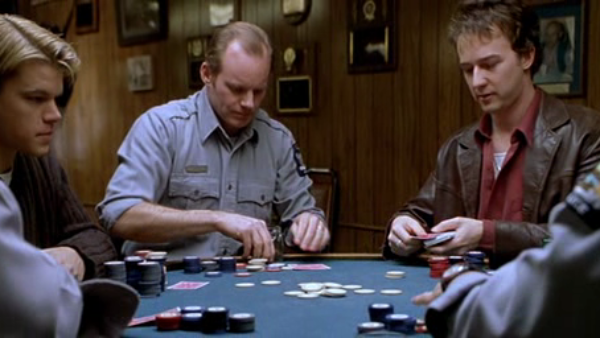 Edward Norton gives a glimpse of a humanized Bugs Bunny by starring as Lester “Worm” Murphy in the 1998 drama movie Rounders.

Retired from the world of gambling, Murphy must return to the life of betting in order to help a friend pay off his loan.

Directed by John Dahl, the success of the movie owes a great deal to the cringe-worthy chemistry between the edgy and crude Norton and clean-cut Matt Damon. 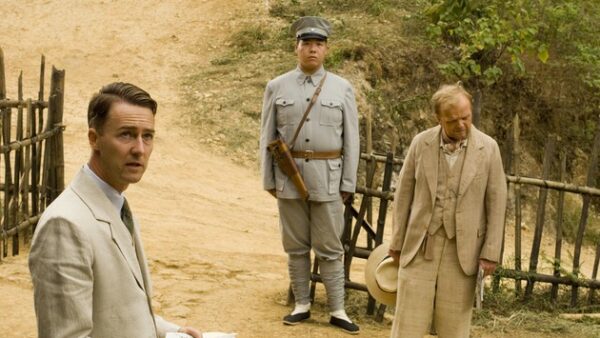 Based upon the novel of the same name by W. Somerset Maugham, Edward Norton immerses himself as bacteriologist Walter Fane who travels to a Chinese village to fight a cholera epidemic.

If anything, The Painted Veil proved that Norton can be as good as acting when it comes to story writing as the actor served as the screenwriter and producer for the movie.

With already an unfaithful wife portrayed by Naomi Watts at home, things only get complicated as the lives of an entire village hang in the balance as Maugham battles with facing his personal life issues. 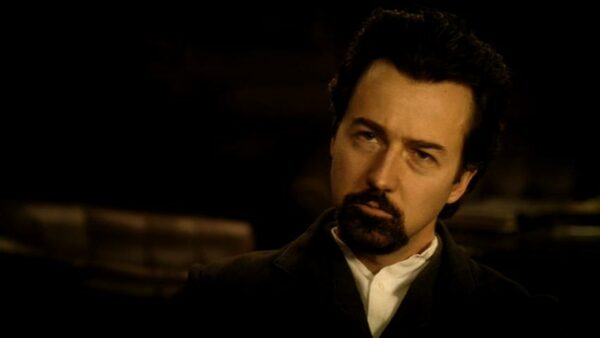 Probably one of the most underrated movies ever, the release of The Illusionist had a bad timing considering the fact that it was overshadowed by Christopher Nolan’s The Prestige – both movies focusing on magic and released in the same year.

Edward Norton stars as a magician named Eisenheim in the romantic mystery film to receive much applause. With mesmerizing performances coupled with great acting, the movie is a must-watch for any Norton fan.

Though the movie falls short of acclaim in front of The Prestige starring Hollywood mega-stars Christian Bale and Hugh Jackman, The Illusionist deserves much more appraisal than it received. 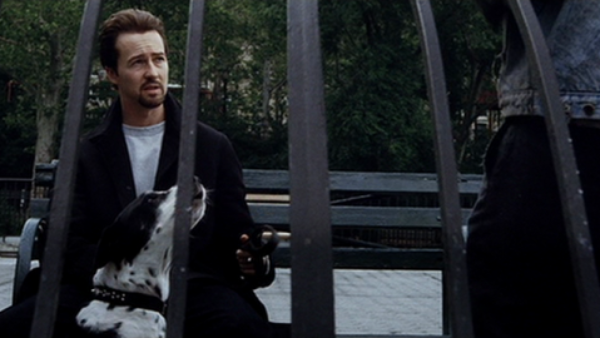 Directed by Spike Lee, 25th Hour is a roller coaster of emotion as it highlights a man’s last 24 hours of freedom before he serves seven years in prison for drug dealing.

Keeping the plot aside, the movie is famous for the iconic monologue that Edward Norton fiercely delivered in front of a bathroom mirror in which he took shots at everyone he could think of.

On an interesting note, the movie was in the “planning stages” at the time of the unfortunate September 11 attacks so director Lee brilliantly integrated it into the film. Often described as among the best films of the decade, 25th Hour excellently proves that crime does not pay. 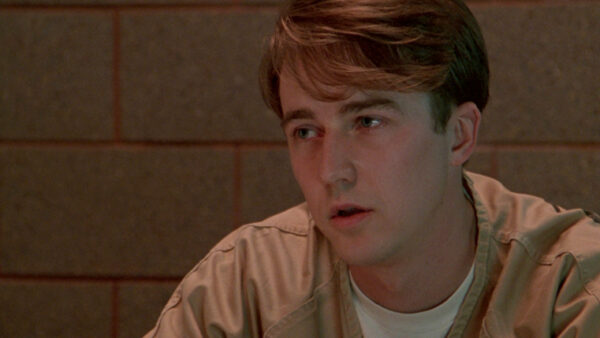 It was Edward Norton’s very first movie of his career and he took it passionately. Starring Richard Gere, Laura Linney, and John Mahoney, Primal Fear had many characters but all eyes were on one man: Aaron Stampler.

As a young altar boy charged with the murder of an archbishop, Norton pulled off the role so believably that he stole the spotlight from his costars. Bent on making a name for himself, Norton received an Academy Award nomination for Best Supporting Actor. 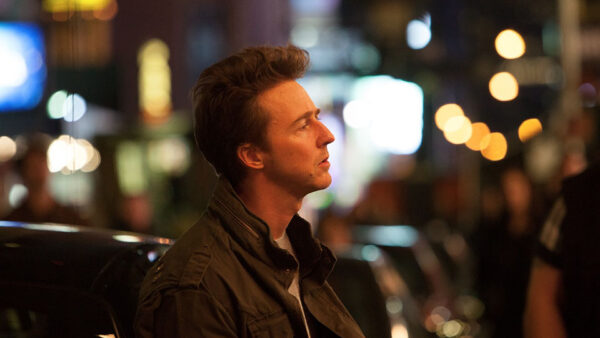 In terms of Hollywood, the year 2014 certainly belonged to Birdman. The winner of the Best Movie Oscar resurfaced the faded star, Michael Keaton, in his best movie performance and his costar Edward Norton was not too far behind.

As the most interesting part of the film, Edward Norton was not being some movie character. Edward Norton was being Edward Norton. An intense method actor who changes his lines and causes havoc off-screen is exactly what Norton is famous for and he nailed the role perfectly. In fact, the role earned Norton his third Academy Award nomination. 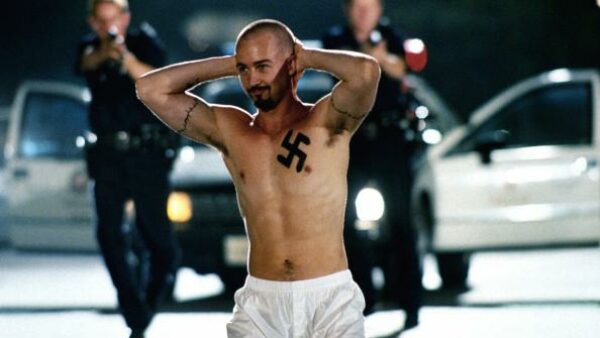 Set in Venice Beach, California, American History X showcases the best performance by Edward Norton in a movie. As a neo-Nazi skinhead who gets arrested for voluntary manslaughter, Norton stars as Derek Vinyard who revises his views on the black community of America.

Seeing how his younger brother Danny is following the same path of racism, it is up to Derek to protect him from the path of hatred. As a career-defining movie for Norton, the actor received his second Academy Award nomination for Best Actor. 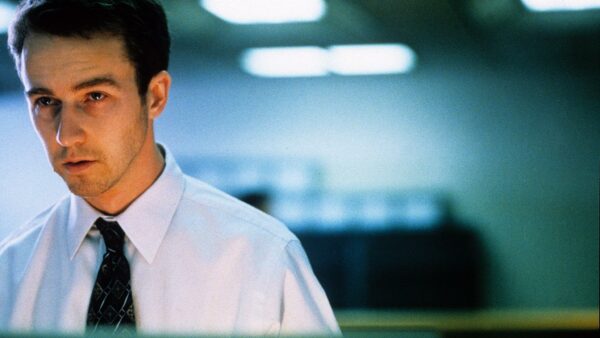 Despite having crude humor, dark elements, and an abundance of violence, Fight Club has managed to be acclaimed as one of the greatest movies of all time. Based upon Chuck Palahniuk’s novel of the same name, the movie stars Edward Norton as an unnamed Narrator and Brad Pitt as Tyler Durden.

After his apartment blows to flames, the Narrator is forced to stay with the soap salesman Durden and the two open an underground club for people who like to fight recreationally. Things soon take a different turn once the Narrator finds out that the purpose of Fight Club is much beyond recreational fighting.