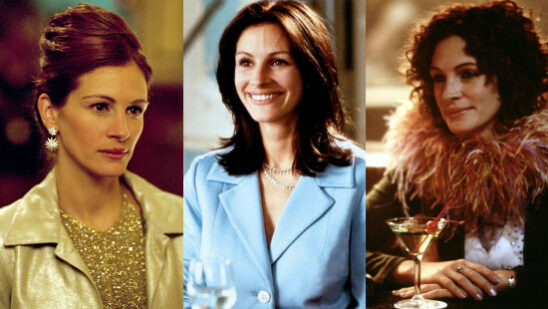 A familiar face for all movie fanatics, Julia Fiona Roberts, is an aspiration for many girls in terms of career as well as personal life. Happily married to Daniel Moder since 2002, with three children, the American actress, and producer, is one of the most successful women in showbiz. The Academy award-winning actress (and several other awards) remained the highest-paid actress during the ‘90s and early 2000s. The attractive brunette’s success is not limited to money only. She has made it in People’s magazine in ‘50 Most Beautiful People in the World’ list eleven times. She has featured in many box office hits and we have compiled 15 best Julia Roberts movies of all time: 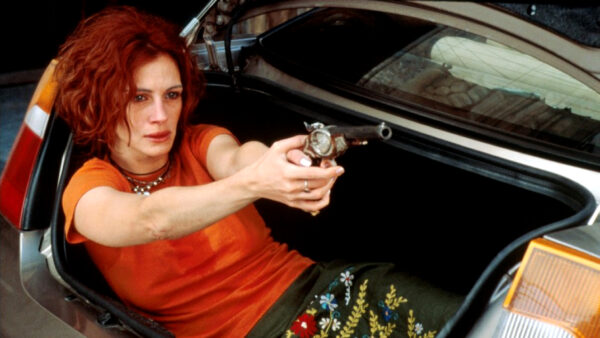 Two of the highest-paid actors/actresses, Brad Pitt and Julia Roberts, star opposite each other in this comedy adventure, a Gore Verbinski direction. Written by J. Wyman, this is a story about a small-time criminal, Jerry (Brad Pitt), who is asked by the mob boss to cross the border to Mexico and bring back a priceless gun named ‘The Mexican’.

On the other side, his dominating girlfriend, Samantha (Julia Roberts), demands him to leave the mob or leave her. Deciding on the latter, Jerry sets out towards Mexico, while Samantha heads to Vegas but is kidnapped by an interesting character named Baldry. 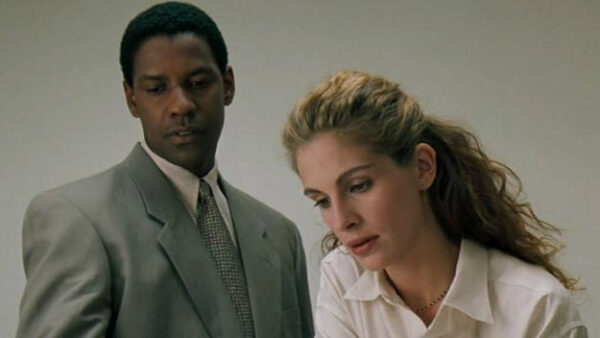 Well executed by director Alan J. Pakula, this movie is an adaptation of one of the novels by John Grisham, an American bestseller in crime thrillers. It stars Julia Roberts in the lead role as a young law student whose brief about two Supreme Court judges’ assassination puts her on the perpetrators’ target list.

Encouraged by her professor, with who she is in an affair, her brief implicates highly influential people and might have some truth which leads to his death. Her only aide is an investigative journalist (played by Denzel Washington) as they try to dig deeper and find proof.

Cast in shadows, blind alleys, and a grim background to set the tone, the director and cast have done a commendable job to make for a good nighttime movie. 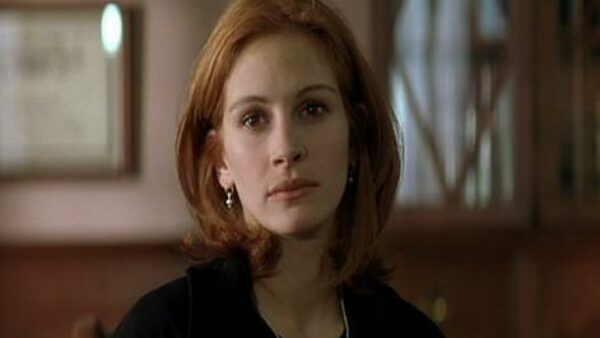 When two heavyweights from showbiz, Julia Roberts and Mel Gibson, feature together in a movie, it guarantees a large viewership. With a decent enough plot, you can turn it into a success. This is exactly what director Richard Donner has done.

A different yet simple storyline where Jerry Fletcher (Mel Gibson), a taxi driver, is an outspoken critic of the government and does not hesitate to express his conspiracy theories about them.

When one of his theories finds the net and turns out to be true, he is chased by implicated people and has no one to trust but a woman he loves. She is unaware of his feelings and happens to work for the government. 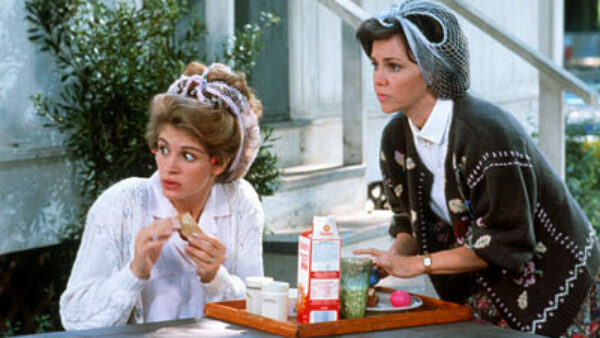 With Herbert Ross’ direction and Robert Harling’s writing, this comedy-drama is a perfect movie based on women. The plot is simple, a young worker is warmly welcomed in a beauty salon run by a group of women, who share a strong bond of friendship.

The group includes Dolly Parton, who runs the salon, and Shelby Eatonton (Julia Roberts), soon to be married. The movie is a representation of strong women and their friendship. They gossip, they help each other and stay strong in the face of a tragedy.

The cast does pretty well with Julia Roberts shining the most as she got nominated for an Oscar based on her impressive performance. 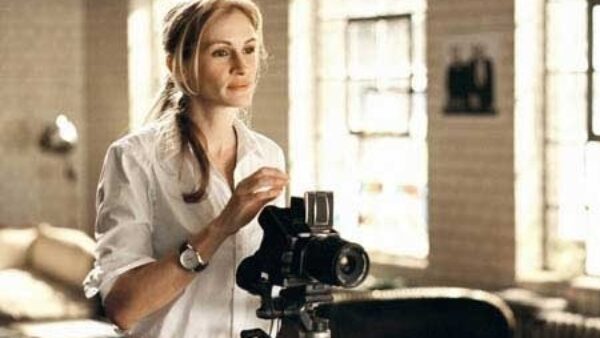 Closer is written by Patrick Marber, based on his own award-winning play. The movie puts human nature and relationships under scrutiny, showing two couples who exchange partners and back again, all under the banner of love.

All of them are deceitful, and all of them are honest about it. Is it really love or just plain lust? The movie features Natalie Portman, Julia Roberts, Jude Law, and Clive Owen in lead roles.

It has received high praise from all critics in terms of its script and acting. Clive Owen and Natalie Portman give exceptional performances, winning Golden Globes and Academy Award nominations. 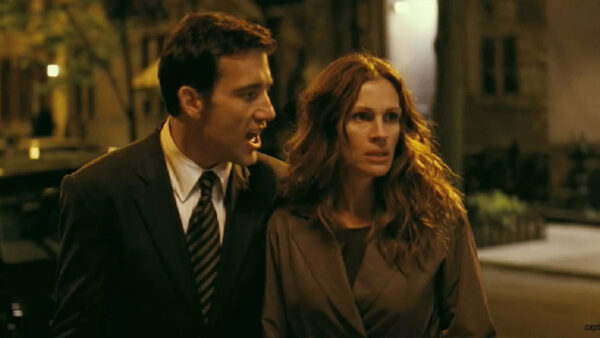 This 2 hours of romantic comedy, written and directed by Tony Gilroy, will surely keep you entertained throughout its running time. Ray (Clive Owen) and Claire (Julia Roberts) are two spies who meet in Dubai, spend a night together, and end up with Claire stealing secret documents from him.

Their paths cross again a few years later, there are sparks of lust and love. But can these security agents, who just cannot trust each other, are working for rival companies and looking to steal a formula for a product to make millions maintain their relationship? 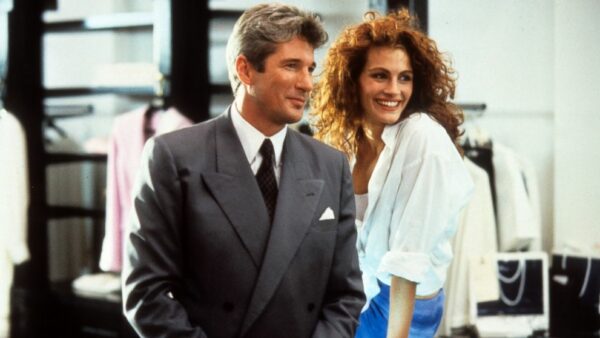 A light rom-com, written by J. F. Lawton and directed by Garry Marshall, starring Julia Roberts and Richard Gere in lead roles, makes for a fine weekend night movie. Edward Lewis (Richard Gere) is a wealthy and ruthless businessman, taking over companies and selling them.

For his public image, he must always have a girl in his arm. Many have come and gone, feeling ignored, until Vivian comes along. Although a chance meeting and hired to play the part for a week, Edward starts to grow on the Hollywood boulevard hooker. For her splendid on-screen performance, Julia Roberts was nominated for an Oscar. 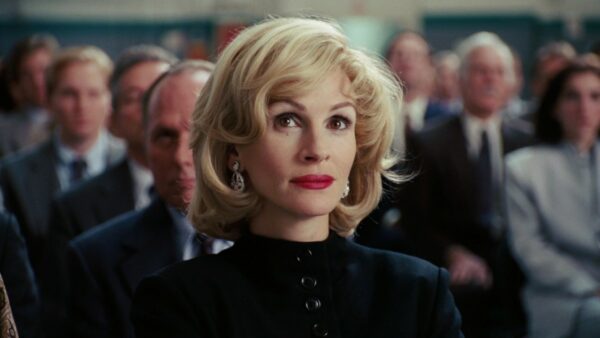 Based on a novel by George Crile, director Mike Nichols’ comedy/biography venture is about a congressman from Texas. Rather inactive in politics, his vote always for sale, the womanizer Charlie Wilson’s character is played by the celebrated American actor Tom Hanks.

A close friend of Charlie’s, Joanne Herring, played by the attractive brunette Julia Roberts, encourages his interest in the Afghanistan war with the Soviet Union. Deciding to help, he works closely with a CIA operative, Gust (Philip Seymour Hoffman), to help Mujahideen.

Winning the war, however, may have other unprecedented implications. Hoffman was nominated for an Oscar based on his exceptional performance as Gust. 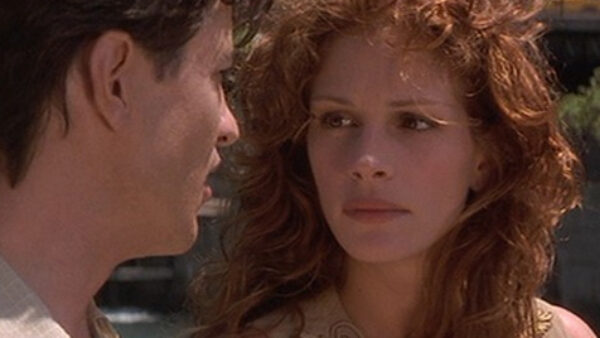 When Michael breaks the news about his upcoming marriage with Kimberly Wallace (Cameron Diaz), Julianne has a sudden realization she has feelings for him. Jealousy taking over, Julianne now aims at breaking up the couple to get Michael for herself. 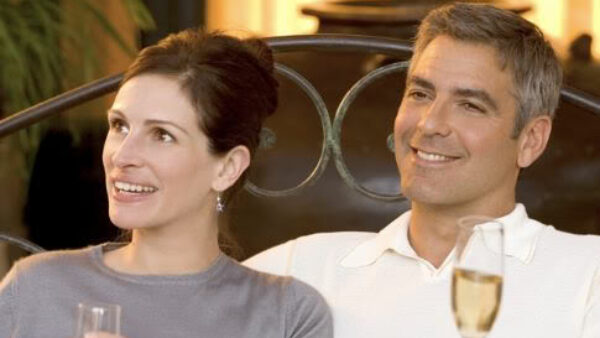 Based on George Clayton and Jack Russel’s story, this crime thriller features a stellar cast including famous George Clooney, the chick-magnet Brad Pitt, and the pretty American actress Julia Roberts.

Danny Ocean (George Clooney), recently out of prison has a detailed plan of making the biggest heist in the history of $150 million by hitting the biggest casinos in Las Vegas all owned by Terry Benedict. Terry is interested in Tes Ocean (Danny’s ex-wife), played by Julia Roberts, which might complicate things. 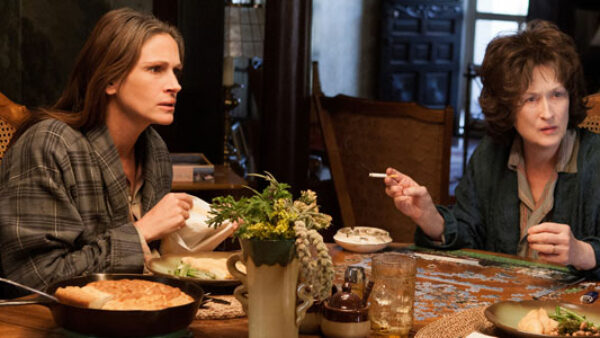 The highly-rated, Pulitzer Prize-winning play by Tracy Letts has been made into a movie as well. With the genius pen of Tracy Letts writing the screenplay, the movie has done well at Box Office, receiving great reviews from critics.

The three daughters, Barbara Weston (Julia Roberts), Karen Weston (Juliette Lewis), and Ivy Weston (Julianne Nicholson) along with their families and other kin reunite after a family tragedy. All under one roof with sharp as a knife tongued Mrs. Weston, drama ensues as she is not shy of using stinging words for anyone.

Her words will cause hurt, reveal secrets, instigate disputes, and force family members to reflect on their actions. For their outstanding acting, Meryl Streep (Violet Weston) and Julia Roberts were nominated for Academy Awards. 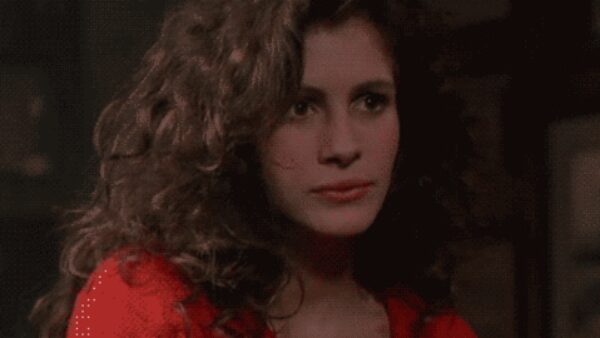 This 100mins of romantic comedy features a young Julia Roberts, then 21, along with Annabeth Gish and Lili Taylor. It is typically a girls’ movie that shows Arujo sisters, Kat and Daisy (Julia Roberts), and their friend Jojo working in a pizza parlor.

The main plot focuses on their love lives as the pizza business thrives. It is almost as if it has something to do with these teenage girls. 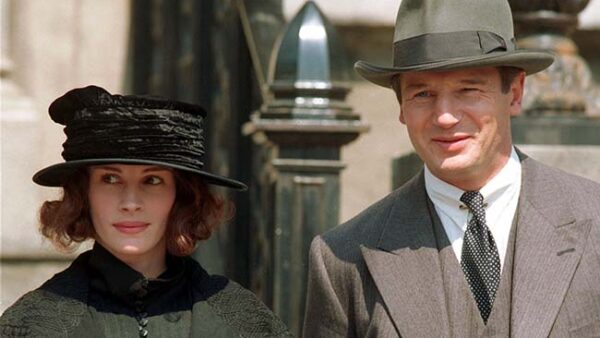 Written and directed by a very capable Neil Jordan, the movie presents high-profile actors like Liam Neeson, Aidan Quinn, and Julia Roberts in lead roles. This biopic is about a revolutionary Irish Politician who even led his people in a Guerilla war against the British, forcing them to negotiate.

Returning from England with a settlement but a compromised one, Collins was not welcomed with even his lifelong friend Harry turning his back on him. Harry’s attitude towards Collins is because of his girlfriend Kitty Kiernan (Julia Roberts), who is in love with Collins.

Hats off to the camera crew and music composers for brilliant cinematography and music, getting them nominated for Oscars. 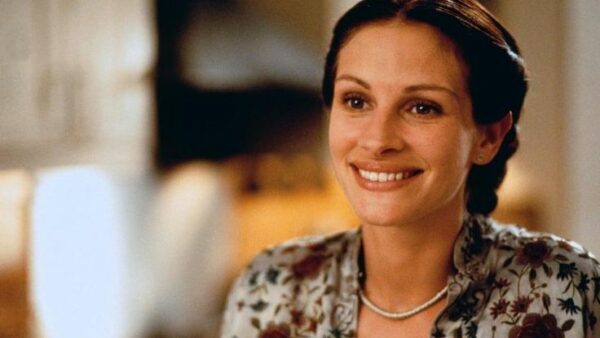 Simply put, this is a fairytale romance story. A daydream for most where a bookstore owner, William Thacker, unsuccessful in life, has a chance meeting with the best actress and the most attractive woman, Anna Scott, and it starts to develop into something more.

This friendship between William (Hugh Grant) and Anna Scott (Julia Roberts) seems to be heading in another direction however it may not come easy considering the difference in the status and the ever-hungry-for-gossip media on Anna’s tail.

This romantic comedy, directed by Roger Michell, was nominated for 3 Golden Globes, including Best Actor and Actress for Hugh Grant and Julia Roberts respectively. 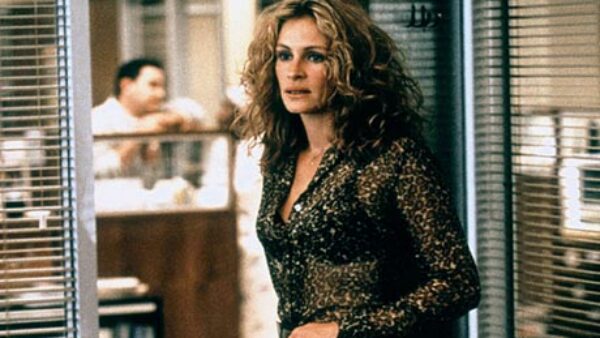 Written by Susannah Grant, this biography/drama is based on the life of Erin Brockovich, an American legal clerk and environmental activist, who played a major role in forming a case against a power company for polluting the water supply of the city.

The much-acclaimed Julia Roberts plays the role of a single mother, Erin Brockovich, who is in dire need of a job. After many failures, she gets a break from her lawyer and goes on to become famous after building the case against PGEC (Pacific Gas and Electric Company) in California. Julia Roberts proves her mettle in acting with a splendid show that won her the Academy Award.

We can’t resist mentioning these best of Julia Roberts performances as well:

Did we miss any of the best Julia Roberts movies on our list? Please share your views in the comments below!