15 Recasts Better Than The Original

The entire weight of a movie lies on the shoulders of the actors and hiring them for roles can be a difficult task. Whether it is because of hectic schedules, backstage politics or even drained performances, Hollywood has seen making considerable decisions of recasting actors. Though most of them do not work out, the following are the 15 recasts better than the original:

Making his first appearance as a hologram in Star Wars Episode V: The Empire Strikes Back, Darth Sidious was ironically portrayed by a female actor Elaine Baker and voiced by Clive Revill.

Not so surprisingly, when the paled-face emperor of the Galactic Empire was required for a larger role in the sequel Star Wars Episode VI: Return of the Jedi, the Scottish actor Ian McDiarmid was hired and gave a terrific performance.

In fact, the actor reprised the role again three times for the Star Wars prequel trilogy. Due to being one of the best characters of the trilogy, director and creator of the franchise George Lucas digitally inserted the actor as Darth Sidious in the DVDs of The Empire Strikes Back.

The 1992 comedy horror film Buffy the Vampire Slayer starred Kristy Swanson as Buffy Summers, a cheerleaders who learns about her fate of being a vampire hunter. Receiving mixed to negative reviews, the movie was anything but good and writer Joss Whedon recreated the movie as a television show with a much darker theme.

Among the changes he made, Whedon dared to recast the lead role of Buffy which landed to Sarah Michelle Gellar. Running for seven seasons, the show was met with critical acclaim and made Gellar a household name.

Portrayed by seven different actors, James Bond is one of the most iconic characters in Hollywood and it has never been an easy task to find the right man for the job. With Die Another Day receiving insanely terrible reviews, Pierce Brosnan had no choice but to step down as Agent 007.

Aiming to find someone who could fill Bond’s shoes, Daniel Craig was hired and the fans expressed their negativity with great backlash. On the contrary, Craig made everyone eat their words as he not only become a better casting choice but also the highest paid actor to portray James Bond and reprised the role three more times.

Edward Norton is one of the most revered actors today and his casting as Dr. Bruce Banner aka The Hulk was thought to be one of the wisest casting decisions by Marvel Studios. However, when The Avengers was on the verge of being released, Norton was replaced by Mark Ruffalo.

Constantly insisting to rewrite scripts of The Incredible Hulk, the studio was forced to remove their leading star. No doubt that Norton is a much better actor and his intensity is amazing when it comes to dramatic roles, but the role of the Hulk did not suit him at all. Amazingly enough, Ruffalo surpassed Norton as the Hulk and a vital component of the Marvel Cinematic Universe. 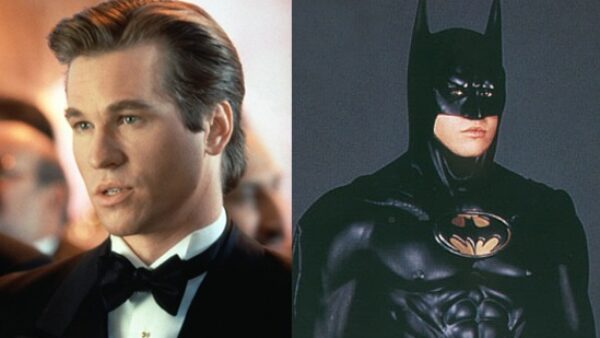 Tim Burton’s Batman and Batman Returns starring Michael Keaton as the Caped Crusader were met with positive response but were criticized for their dark portrayal of the franchise.

When Joel Schumacher was called to make the sequel with a lighter tone, Keaton left the project and Val Kilmer was hired to fill the void. While the actor portrayed Batman as good as Keaton, he certainly portrayed a better Bruce Wayne than.

Professional Wrestling is a lot like action movies. Both involve a hero, villain, storylines and of course fight scenes. Furthermore, wrestling has its fair share of recasts as well. One in particular is Hunico as the high-flying WWE superstar Sin Cara.

Originally portrayed by Mexican wrestler Místico, the character was the hottest induction of WWE but proved to be a major mistake because of continuously botching during his matches. After eventually being fired, WWE stuck with the character and gave Hunico the chance that Místico never successfully capitalized.

Handling the character with great responsibility and athleticism, Hunico’s Sin Cara continues to wrestle in WWE to this day as a part of the high-flying team Lucha Dragons.

War Machine is one of the best supporting characters of Iron Man and it is a great surprise how Terrence Howard casually handled the role in the 2008 Iron Man movie.

For the sequel, Rhodey was recasted as Don Cheadle being a comic book fan accepted the role within hours despite not even knowing what the character would do.

Sabretooth is an arch-nemesis of the X-Men and it was terrible to see the character as Magneto’s hired muscle in X2: X-Men United. In fact, the comic book villain was portrayed by a mere stuntman named Tyler Mane.

When X-Men Origins: Wolverine was announced, everyone knew Sabretooth will return to the silver screen. While the character did, Mane did not return as Liev Schreiber portrayed Victor Creed.

Though the movie was met with mixed to negative reviews, X-Men Origins: Wolverine was able to do a few things right and casting Schreiber as Sabretooth was one of them.

The youngest mutant had minor cameos in the first two X-Men movies with each being portrayed by a different actress.

Once the female superhero was decided to have a major role in future films, Ellen Page took the role with great aptitude in X-Men: The Last Stand and even reprised the role in X-Men: Days of Future Past.

Choosing to star in Mad Money rather than reprise her role as Rachel Dawes in The Dark Knight, Katie Holmes was replaced by Maggie Gyllenhall.

From being a damsel in distress to a much developed character, Gyllenhall certainly did a much better job as Bruce Wayne’s love interest.

Serving as Albus Dumbledore in the first two movies of the Harry Potter film series, Richard Harris died of Hodgkin’s disease two and a half weeks before the American premier of Harry Potter and the Chamber of Secrets.

Having no choice but to recast the legendary actor, Irish-born English actor Michael Gambon was called to fill the void. With the ability to show wisdom and guidance because of his acting skills, Gambon portrayed the Hogwarts Headmaster in the final six movies of the franchise and proved to be a better casting decision.

Speaking of Harry Potter, Professor Dumbledore was not the only recast in the franchise as so was Lord Voldemort. Played by Richard Bremmer as a parasite in Harry Potter and the Philosopher’s Stone, it was notable to see him getting replaced by Ralph Fiennes in the future films.

While Bremmer was able to portray a fiendish incarnation of the Dark Lord, it was Fiennes who made Lord Voldemort a global icon and one of the greatest movie villains of all time.

Nick Stahl was reported to reprise his role of John Conner from Terminator 3: Rise of the Machines but once it was announced that the story of Terminator Salvation will jump forward in time, the studio decided that it was better to cast an older actor.

The recasting proved to be a blessing in disguise as Conner was portrayed by Hollywood mega-star Christian Bale and received much acclaim for his dramatic performance.

Originally portrayed by Claudia Wells in the Back to the Future, the actress dropped out because of her mother’s illness and Elisabeth Shue stepped in as the new love interest of Marty McFly.

Much more than a minor character with a pretty face, Shue could actually act and had a more significant role in Back to the Future Part II. On an interesting note, Wells reprised her role as Jennifer Parker twenty-six years later when she had to voice the character in the video game adaption of the franchise.

The final entry of the article might be a shocking one considering the fact that Marty McFly was portrayed by Michael J. Fox in all of the three installments of the critically acclaimed Back to the Future franchise.

So how does Fox manages to be in the list? Believe it or not, Fox was not the original actor playing the time-travelling teenager. Eric Stoltz was! Throughout the numerous shooting scenes, director Robert Zemeckis felt that the actor lacked the precise comedic nature he was rooting for.

After five weeks of shooting, the studio made the ultimate decision to recast McFly with Zemeckis’ first choice: Michael J. Fox. With an exact balance of humour and adventure, Fox reprised his role for the sequels as well and the rest is history.

Did we miss any of the remake better than original in our list? Please let us know in the comments below!