25 Best Movie Prequels of All Time

The success of a movie almost always guarantees sequels and prequels. Many directors have ventured into making famous movie prequels for box office hits. However, only a few of them have met the viewers’ expectations. Here, we take a look at the best movie prequels of all time that even the critics will endorse:

Featuring Dwayne Johnson, more popularly known as The Rock, The Scorpion King is a prequel to The Mummy series.

With a lot of sinewy physiques, fist action and sword fighting that compensates for a mediocre storyline and acting, a half-human half scorpion with help from tribes and allies has to stop an evil ruler from taking over the world.

The Wide Sargasso Sea is inspired by the novel Jane Eyre, written by a British author. It is an attempt to answer the mystery of the pre-Jane Eyre era and features a mulatto woman, a landowner, who must marry to claim her property.

As her clandestine past resurfaces, young romance gives way to problems.

A bold venture to merge two different movie series, Alien and Predator, by director Paul Anderson that features hardcore action of two extraterrestrial species looking to take each other out, with humans stuck in the middle.

It begins with a billionaire, Lance Henrikson as Charles Bishop, funding an expedition to Antarctica to locate the source of heat signature detected by them. They face an unprecedented challenge as they get more than they bargained for. In the enchanted world, Oz has been a popular figure. This is an insight into Oz’s life before he became a great and powerful wizard. A womanizing, substandard con man who can barely keep afloat, is somehow transported to the magical Land of Oz.

Here, he meets 3 witches and must figure out the evil ones from the good one. It transforms him into not only an able illusionist but also a better human who goes on to fulfill the prophecy that foretells the arrival of a wizard who will save the people of Oz.

If there is one thing for men that comes close to football and women, it is the Star Wars saga. Favorite of children and men alike, the love for bright colored lightsabers knows no age limit.

The first installment in the prequel trilogy that delves into the past, The Phantom Menace sees two Jedi fighters stumbling on a kid, Skywalker, with promising potential (future Darth Vader). They must try to save the queen as there are signs of a dormant evil force, Sith, resurfacing.

10th highest-grossing of all time and 2nd in animated films, directors Pierre Coffin and Kyle Balda’s venture to give the little yellow underlings the main stage has been quite successful.

First featured in Despicable Me, these yellow gibberish speaking creatures were widely acclaimed and their minion language became trendy.

Minions is one of the most famous prequels in recent times that goes back in time and explains how minions have always existed and served evil masters. Three of them, Kevin, Bob and Stuart set out to find a master to serve and stumble upon a notorious villain.

Prequel to the popular werewolf film Ginger Snaps, where two sisters Brigette and Ginger, face a daunting challenge when one of them is bitten by a werewolf, Ginger Snaps Back – The Beginning takes us back in the 19th century where a psychic Indian, foretelling the future, helps the sisters take refuge in a fort which comes under siege by wendigoes. They find out they have to rely on their own wit to stay alive.

Ginger Snaps franchise has also been described as a possible analogy to womanhood.

Zulu Dawn is a reconstruction of the battle of Isandlwana and a prequel to 1964 war film, Zulu. It is set in 19th century South Africa when the British intended to take on Zulus and conquer them, but little did they know that they have bitten more than they can chew. Relying on the military advantage of rifles and artillery against Zulus’ spears, the British learn a harsh lesson in the battle on a hill called Isandlwana.

The movie has some noteworthy battle scenes and has been more productive than its predecessor Zulu, which caused outrage in Africans for showing a one-sided story. 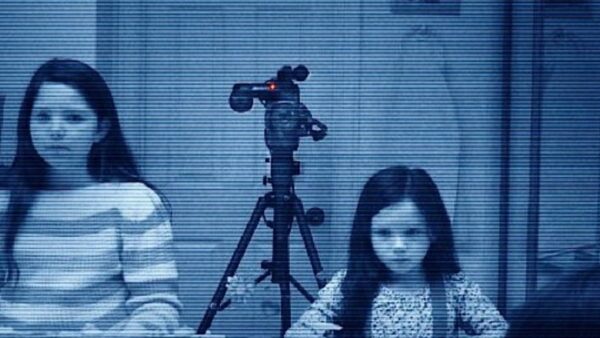 Setting a record opening day earning for a horror movie in the US ($26.2 million), the third installment in the horror franchise is a prequel to the first two and goes back 18 years.

Paranormal Activity 3 shows Dennis moving in with his girlfriend and her daughters, Kristi and Katie, who happen to have an imaginary friend, Toby. Setting up cameras in the house, Dennis soon discovers the presence of a supernatural entity in the house.

Ring, released in 1998, was a horror movie where investigations into strange deaths lead to a psychic and her daughter, Sadako.

Ring 0: Birthday came later as a prequel and elucidates how Sadako transforms from a young, introvert girl into an acrimonious spirit haunting people.

Exhibiting a lot of loud music, violence, and sex, this is a prequel to a highly popular investigative TV series Twin Peaks, top-rated #35 with 3 Golden Globes to its name.

A young FBI field agent’s disappearance might be connected to the future murder of Laura Palmer, a teenager with a bizarre social life.

Dressed in white robes with a long white beard, a white staff in hand and full of cheeky retorts. If you haven’t guessed by now, you have been living under a rock! Arguably the most known and loved character of all time is Gandalf the wizard, featuring in Tolkien’s Lord of the Rings book series. It is also acclaimed as the best movie adaptation of any novel series with all 3 movies making it into the top movies of all time in several online lists and winning 17 Oscars in total.

The Hobbit is a prequel to these series, based on adventures of Bilbo Baggins, a hobbit, who encounters all fictional species Tolkien had to offer, Dwarves, Elves, Orcs and wizards, in his attempt to regain the lost kingdom of Dwarves. With positive feedback from viewers and critics alike, Peter Jackson’s The Hobbit’s success is certified and has led to the release of two further sequels.

Set in the future, the year 2093, in a place light-years away from earth, a team is investigating the signs of civilization believed to be the origin of the human race. They are unprepared for what they are about to face.