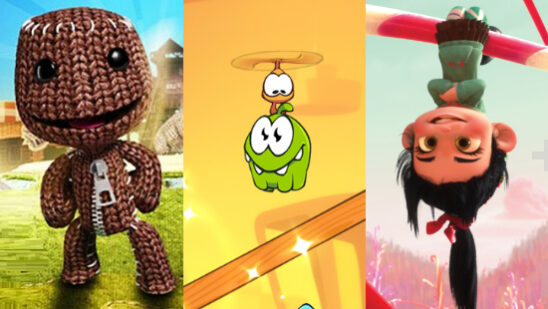 25. Yoshi (from the Super Mario series) 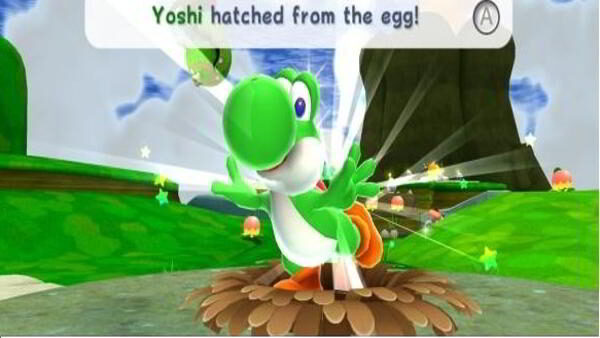 Usually named Green Yoshi the dinosaur-like character is the protagonist of the Mario Series. Yoshi tries his best to protect Luigi and Mario from the anger of Koopa Troop and Kamek. It is the only character who can swallow items and coins in order to collect them.

Having a big round nose; you hardly notice his mouth under the gigantic nose. And, the big red patch on its back just compliments its beauty. 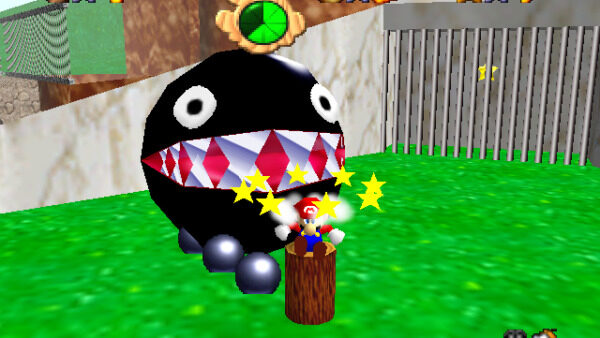 The amazingly unique character from Super Mario Bros, Bob-omb is the living mechanical bomb with clearly visible eyes, feet, and a key in the back.

This gender-less character is intelligent and appears in a variety of colors. 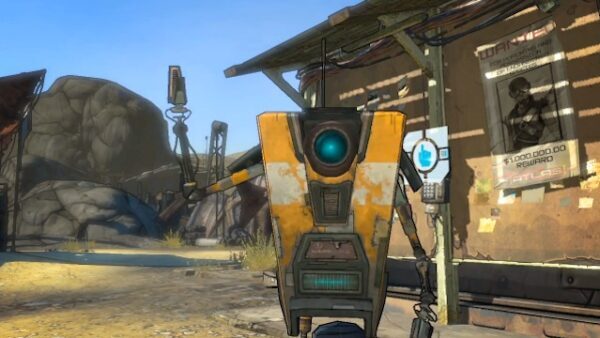 Manufactured by Hyperion, Claptrap is a CL4P-TP general-purpose robot with an overenthusiastic and awkward, yet adorable personality that has been a major source of entertainment for all the borderlands community over the years.

22. The Prince (from Katamari Damacy) 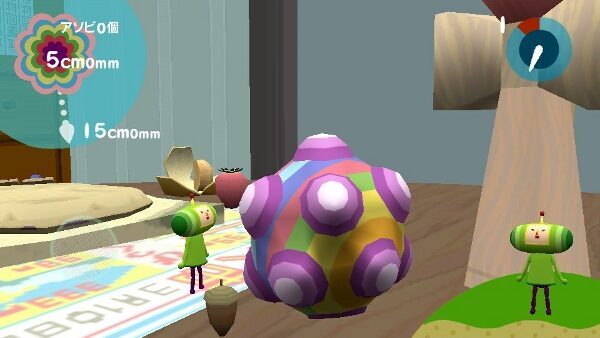 The Prince is the protagonist of the famous Katamari series. He is an interesting character in the series and his task throughout the game is to roll a Katamari.

It has a unique color combination thanks to its purple-colored legs and lime-colored body. It has a cylindrical-shaped head with dark green stripes at both ends. Just like a cherry on top, it has an antenna on its head with a red ball on its top. Cute isn’t it? 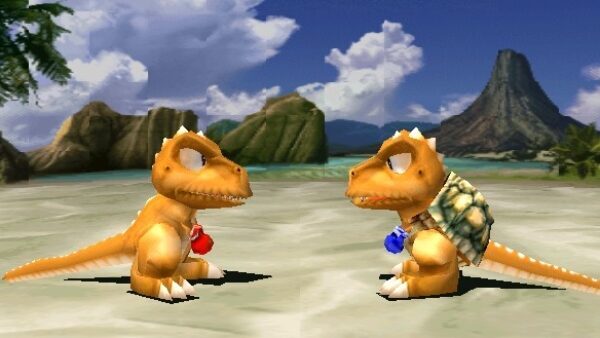 Gon is one of the cutest fire-breathing dinosaurs that we have seen in a video game. He’s one of the two unlockable characters (the other being Dr. Geppetto Bosconovitch) from the ever-popular fighting game, Tekken 3.

His ornamental appearance combined with his unique tiny structure, bulky head, and bold lower limbs made him an instant hit.

20. Lemmings Themselves (from the Lemmings series) 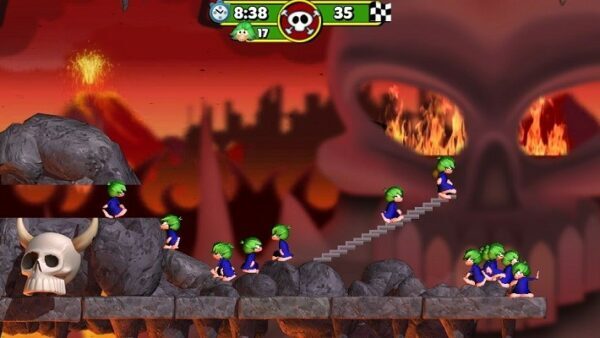 Invented by DMA Design, Lemmings (1991) was a popular puzzle game that today is considered to be the father of modern Real-Time Strategy (RTS) games – as players’ real-time action and strategy determined the fate of these cute creatures. 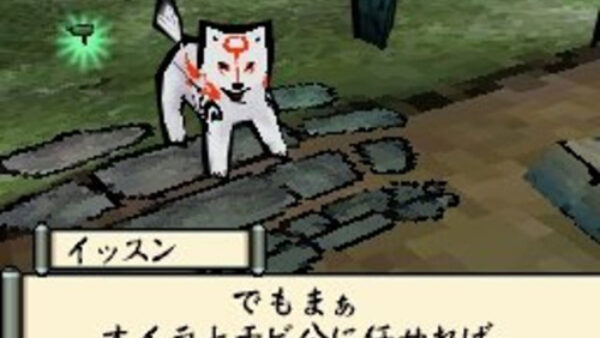 The Okamiden’s protagonist, Chibiterasu is a celestial, little white wolf pup that instantly won the hearts of the Nintendo DS community thanks to its enchanting markings and the calligraphy brush-shaped tail. 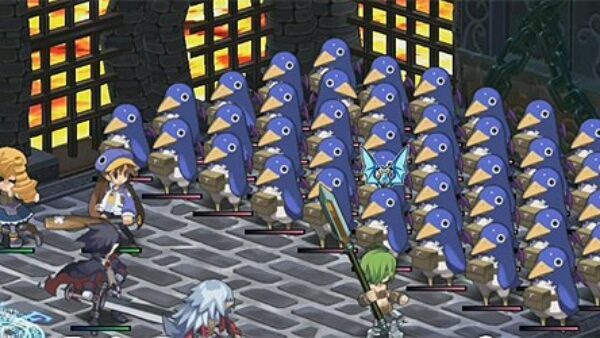 Prinnies are the laziest yet most adorable characters from the Disgaea series. Prinnies are also considered the unofficial mascots of the series.

The blue-colored Prinnies resemble a bat with the pouch attached to their bodies along with dis-proportionally small wings. 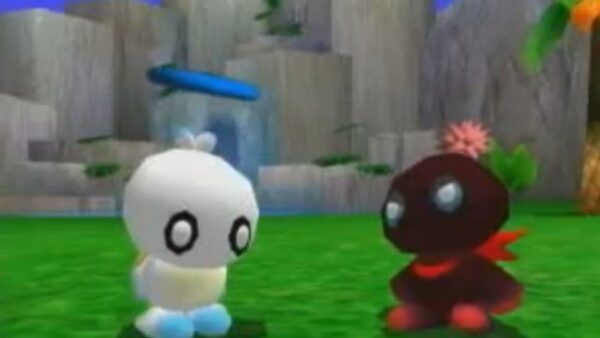 Since its first appearance in Sonic Adventure in 1998, these characters have appeared in much other game series as well. Chao varies in color; they can be dark black, light blue, or white.

These round-faced creatures have a split tails, a small halo on their heads, and feathery wings. 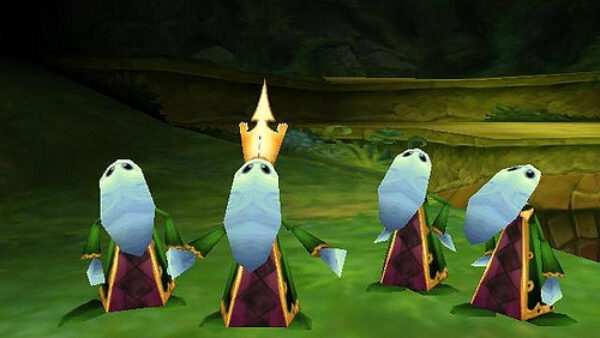 Teensies, from the Rayman series, are unique in their appearance due to their large, dropping nose which hides their mouth beneath them.

With tiny eyes and mitten-like hands, these creatures don’t look as old and wise as they really are. 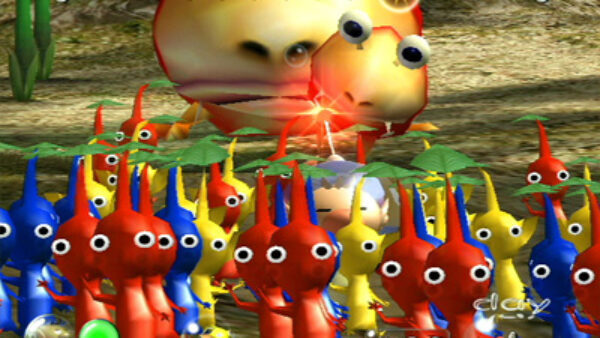 Pikmin are the colorful pretty characters from the Pikmin series, developed by Nintendo EAD. Their round eyes, heavy heads on their small bodies, and miniature limbs look really adorable.

14. Eevee (from the Pokémon series) 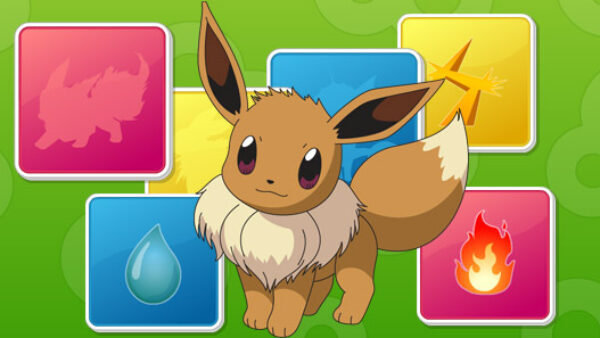 Eevee, from the Pokemon series, was created by Key Sugimori. This is a fox-like creature with a triangular nose and brown fur. The round brown colored eyes and pointed large ears are perfectly unique. 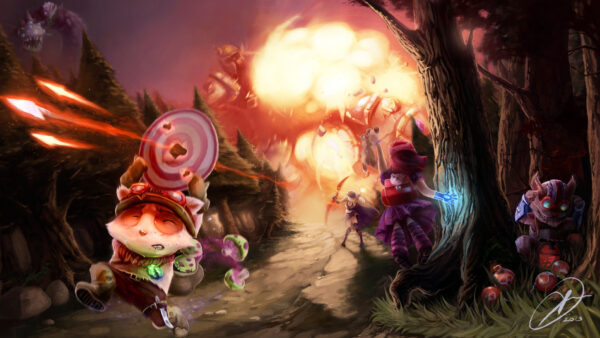 Teemo is one of the most adorable characters from League of Legends. It is also one of the playful and dexterous characters of the series. It resembles a rabbit and has a very well-decorated hat on its head which looks wonderful. 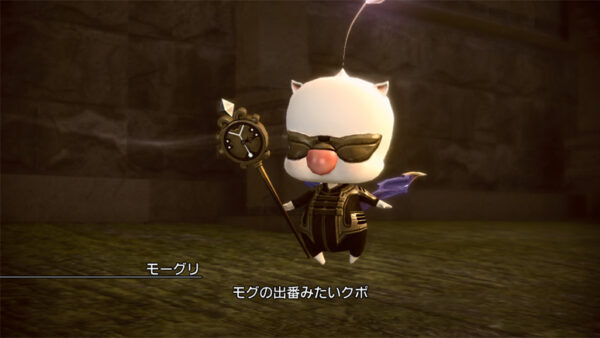 Covered with white fur, Mog is a tiny mysterious creature from Final FantasyXIII-2. When he flits around he beats his bat-like wing but these can’t help him to fly.

It has a human-sized head that is proportionally much bigger than its body. His round red-colored nose, oblique eyes, small ears, antenna over his head, and short limbs make him charming. 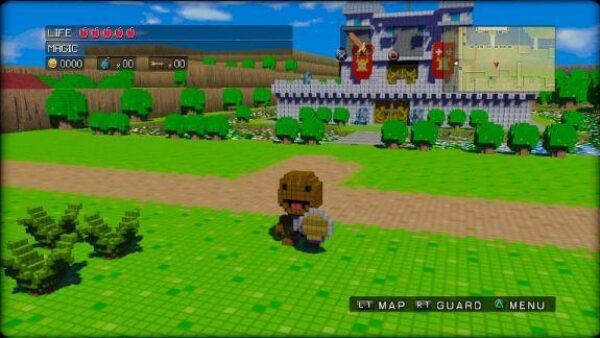 Hailing from the imaginative and fantastical Little Big Planet series, the raggedy munchkin is all stuffed with fluff. On the top of its head, the 8-centimeter tall character clearly has visible stitches and in front of its chest, there is a large zipper.

Sackboy is known for its four intense emotions; anger, worry, sadness, and happiness. 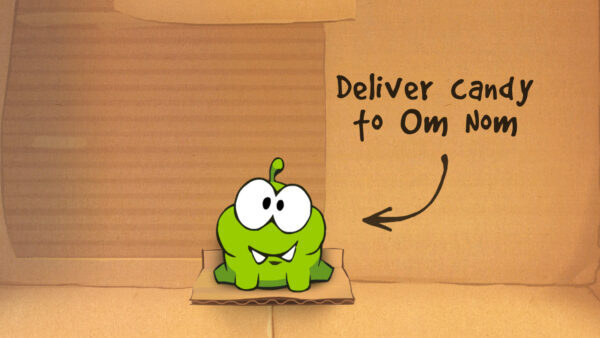 Om Nom is the main superstar from the popular mobile game Cut the Rope, in which the job of the player is to feed him with candies and if fails to do it then Om makes an adorable unhappy face.

Having two big round and tilted joint eyes, Dracula-inspired teeth, and an antenna on its head, Om Nom is as sweet as a frog can get. 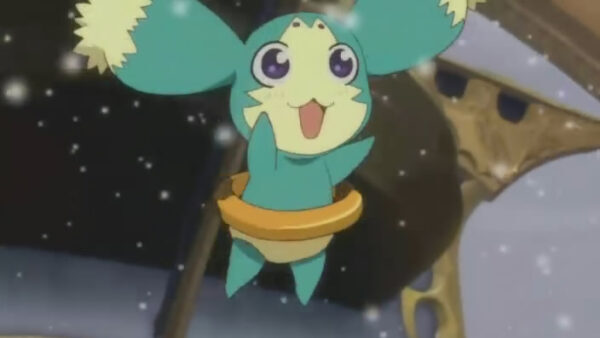 The adorable Mieu is a young cheagle from the fantasy role-playing game Tales of Abyss. Having big round eyes, blueish big ears and a golden swimming ring – Mieu is overloaded with cuteness and is as innocent as a toddler. 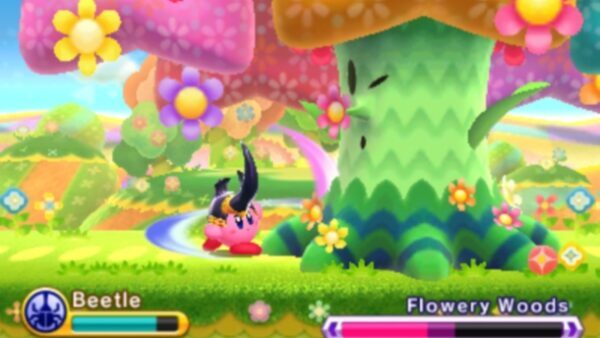 Kirby is the main protagonist of the Kirby series which has been famous among fans for the last two decades. The puffy pink-colored Kirby with two red feet, two short arms, and a spherical body look too innocent.

The two oval-shaped eyes along with the ability to expand themselves like a balloon make it just awesome.

7. Ilo and Milo (from ilomilo) 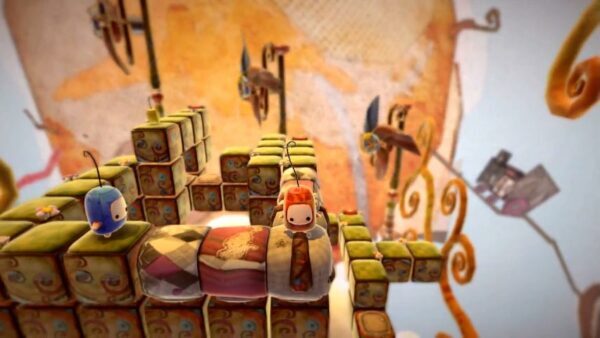 ilomilo is a popular puzzle game from Microsoft Games Studio and Southend Interactive. It was first introduced on November 8, 2010, on Windows Phone 7.

Resembling your thumb and having little limbs attached to them and a string on their heads, these characters are extraordinarily cute and adorable. The duo is a perfect example of friendship and love as the whole objective of the game is about uniting Ilo and Milo by solving the puzzles.

6. All Characters (from Nendoroid Generation) 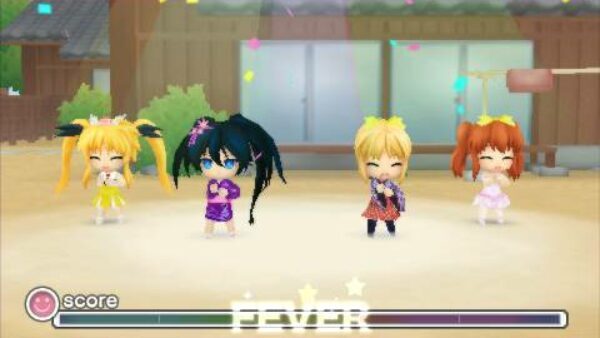 Nendoroid Generation is a popular role-playing PlayStation game by Bandai Namco Games that was released in Japan back in 2012.

The game developers made a commendable job in making all the characters in Nendoroid Generation really cute. 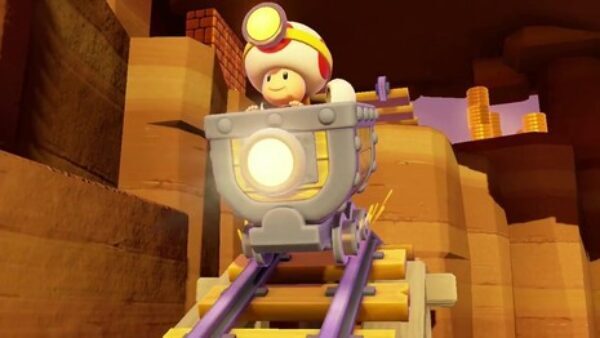 Created by a Japanese designer, Toad is the attendant of Princess Peach. He is portrayed as a supporting character that supports Luigi and Mario in their adventures. He is a kind-hearted character who always wears a smile on his face.

Toad is commonly seen in large brown shoes, white pants, and a blue vest. The big cap on his head having large red circles makes him an enchanting dude. 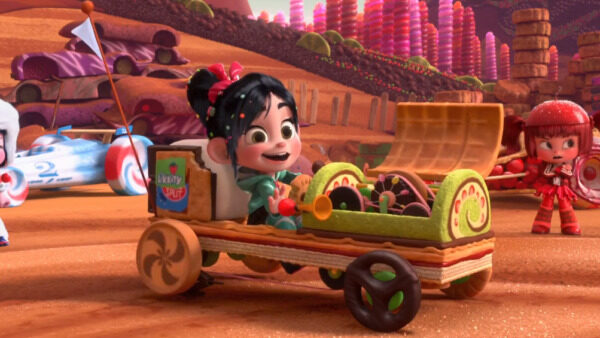 Commonly known as “Glitch”, Vanellope von Schweetz is the deuteragonist from Wreck-it Ralph 2012 film, voiced by Sarah Silverman. She is nine years old, very energetic, strong-willed, and filled with humor.

She has cute ponytailed hair, and hazel eyes and is usually seen in a green dress. 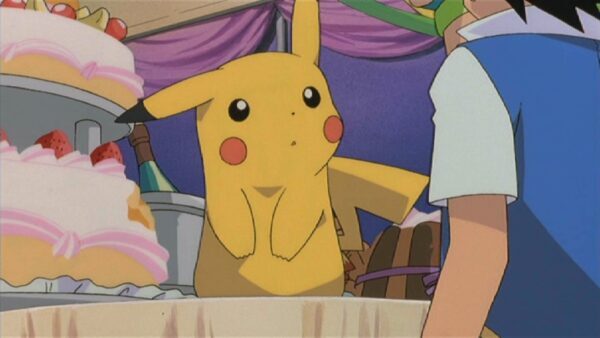 Popularly known as the major representative of Nintendo’s collective mascots and mascot of the Pokémon, it is an electric-type Pokémon. In the Pokémon Rumble Blast, it is the starter Pokémon.

It has long ears that have pointed black tips. With its brown eyes and smallmouth, the red-colored circles on its cheeks look really pleasing. The pouches inside in cheeks play a unique role as they store electricity. With five fingers on each paw, its forearms are very short. 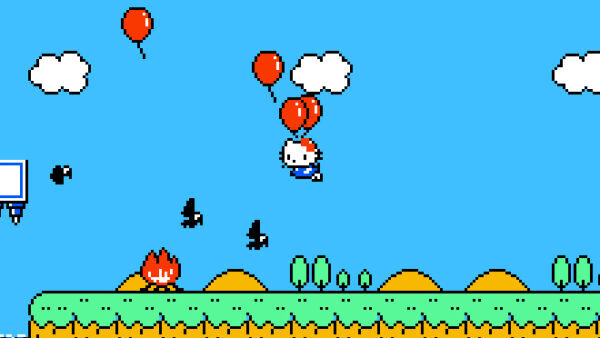 This lovely virtual and video game character first appeared in 1974 and was designed by Yuko Yamaguchi. It’s also known as “the white kitten with no name” and “Kitty White”.

She has two pointed ears at the top of the head; and on her left ear, she wears a red bow. Usually, she is seen dressed in pink and red. 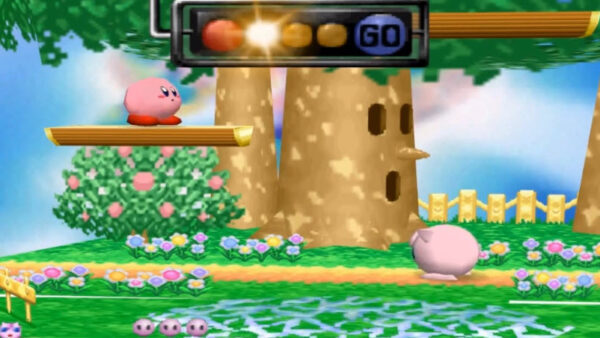 Jigglypuff is the dual-type Normal/Fairy Pokémon. This amazingly beautiful creature captivates foes with its catchy round huge eyes and by singing with its melodious voice.

The pink-colored round Jigglypuff with blue eyes has balloon-like skin that is stretchable. Once its body is filled with air it can even float over water. It has a tuft of fur on the top of its head which adds much to its beauty.

Do you have some of more cutest video game characters to share with us? Contribute to the above list through your comments below!