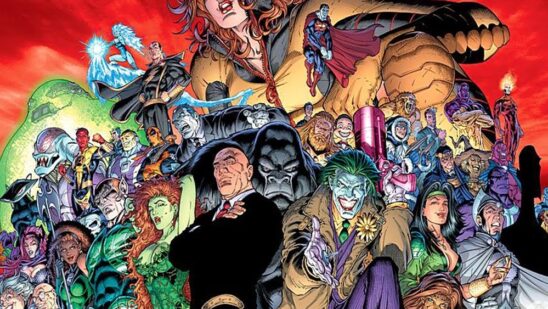 Superheroes, mutants, and other men in tights have always been a source of inspiration for youth and adults alike. However, with the good, comes the bad – you cannot have one without the other. Their foes have also contributed a lot to their noteworthy stature and are no less than any entity responsible for global cultural impacts. Today we have compiled a list of 15 of the best comic book villains of all time – who  literally defined the word ‘bad’ in the first place: 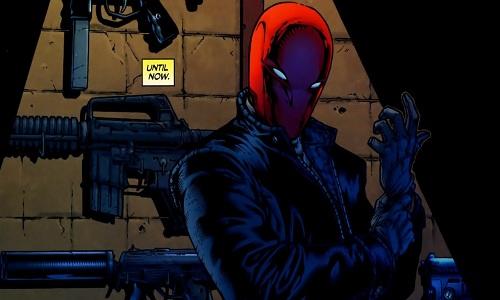 Betrayed by his mother, beaten to a bloody pulp by the Joker with a crowbar, and left for dead in a warehouse filled with explosives, knowing that Batman would not reach in time to save him, a blast with no survivors – Just a few out of many perils the Dark Knight’s young partner faced before his fiery death.

Once resurrected by Ra’s al Ghul and enraged at the fact that Batman did not kill the Joker for taking him away from the world, Todd turned against everything he once stood for. With a new alias known as the Red Hood and knowing every trick in the book Batman taught him, Todd earned a feared name in Gotham’s underground by becoming the hostility against the very man who nurtured him as his own. 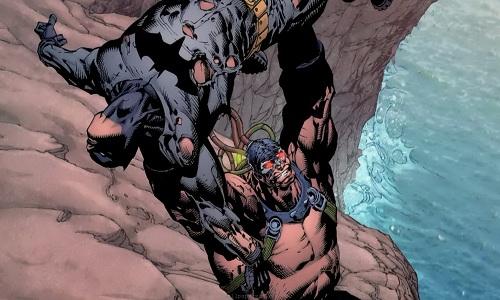 Bane succeeded at what all the villains failed to do. He thinks before he acts. He plans before he attacks. He devises before he strikes. Born in a Caribbean prison, Bane witnessed tragedies, exploitation, and torture as a young child which lead to his first murder at the age of eight, developing astonishing skills and using intellect as the mightiest weapon in combat.

Unlike other adversaries, Bane deduced Batman’s identity in a very short amount of time and became the only villain to ever defeat the Dark Knight in a physical challenge. 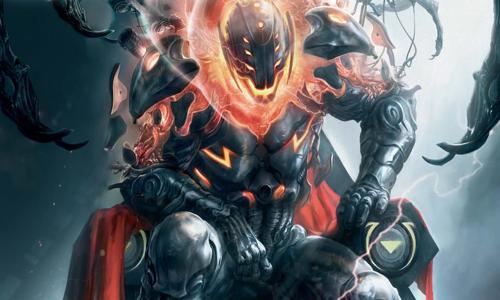 The robotic menace is known simply as Ultron was the result of the mechanical works conducted by Dr. Henry “Hank” Pym aka The Ant-Man. As a robot with the unique ability of artificial intelligence, Ultron bit the hand that it was once fed by and developed a mind of its own – a disordered one.

Ultron’s impossibility to be reasoned with, absolute disrespect for humanity and his path of destruction knows no boundaries as his catastrophes have even convinced the Avengers that because of constant learning and self-upgrading, the chaotic robot can never be permanently stopped. 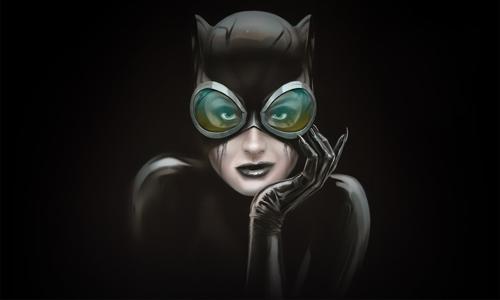 Selina Kyle is perhaps the most unique femme fatale ever. Being one of the few villains who is aware of the secret identity of his adversary Batman; Catwoman holds the reputation of being the most unpredictable comic book villain of all time.

Unlike many villains, affiliation and trust are out of the question when it comes to the seductive, yet treacherous Selina. Despite having an on-and-off relationship with Batman himself, the latter has always kept his eyes open when it comes to crimes involving the cat burglar. 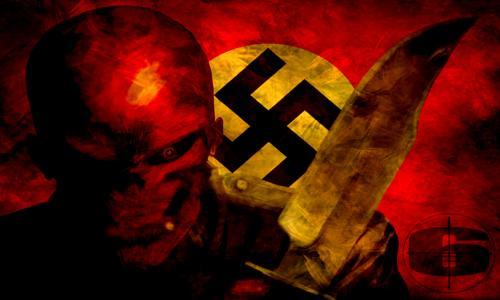 Over the years, the identity of the Red Skull has varied; ranging to three different individuals. Nonetheless, the supervillain has a fair share of involvement in a few of the most aggressive and brutal events in Marvel history such as aiding Adolf Hitler in his nefarious plots, ordering the assassination of Captain America, and most notably, killing Richard and Mary Parker (the parents of Peter Parker aka Spider-Man). 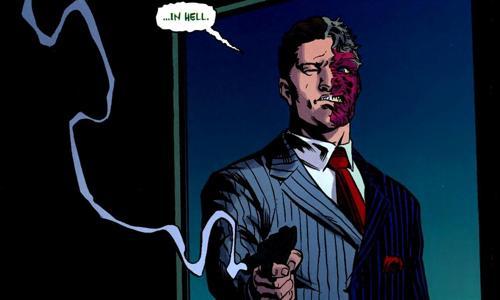 Formerly a man of honor as the District Attorney of Gotham City and an ally of Lieutenant Jim Gordon and the Caped Crusader in their battle against crime and disorder, Harvey Dent has been disfigured by acid thrown on one-half of his face, driving him clinically insane. The tragic hero set out on a law-breaking spree; making decisions with the flip of his coin.

Taking on an alias known as Two-Face, the people of Gotham lost all hope when they saw someone as pure as Harvey fall into dishonesty and corruption. 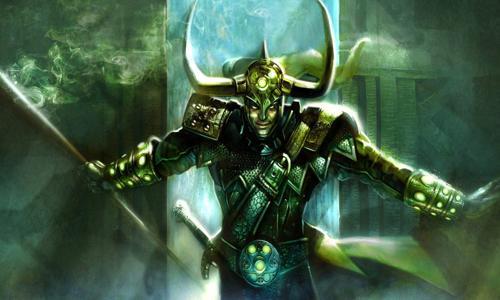 Adoptive brother and nemesis of the god of thunder Thor, Loki has been a major threat to not only his species but also to the team of Avengers and their planet. Hailed as the god of mischief, Loki has been one of the most feared and remorseful comic book villains of all time.

Convinced that his merciless behavior and disrespect to anything sane is not a one-on-one play, Nick Fury reluctantly called upon Earth’s mightiest heroes to assemble in order to stop this dreaded menace. 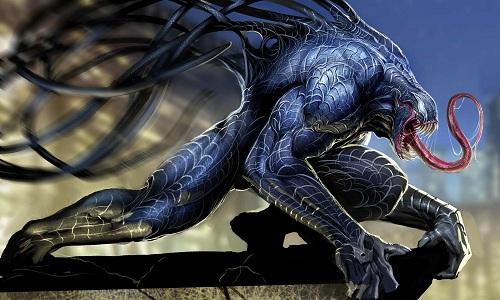 Eddie Brock, Jr. was an ordinary man once. After an interaction with the alien symbiote that once contaminated Spider-Man, Venom was born.

Empowered with all of Spidey’s powers and negligence of moral conduct, Venom proved to be the most sadistic and resentful villain for anyone who dared to cross his path. 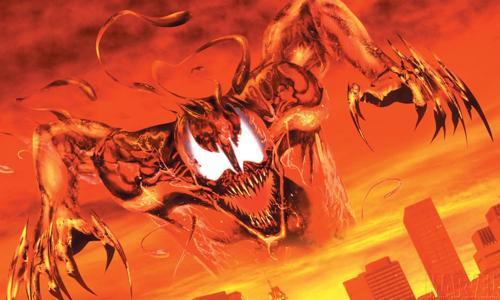 Some become evil. Others are born that way. Cletus Kasady was a homicidal maniac from day one; killing his grandmother and mother as a child and that was just the start of his increasing cruelty towards humanity.

His quest for destruction combined with the never-ending hunger for massacre makes Carnage the most dangerous villain of Spider-Man; who made a deal with the devil by joining forces with Venom in order to defeat the mighty foe. 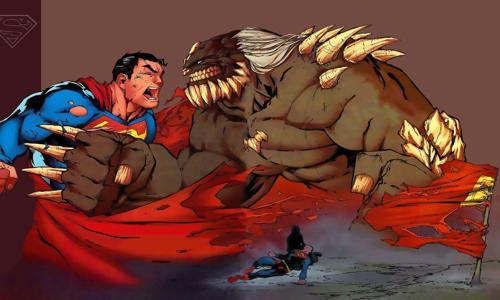 Apart from invulnerability, superhuman strength, and speed, Doomsday is one of those supervillains who lets no one rise above him. He supports none and leaves a mark in his path of destruction.

What makes Doomsday the best Superman villain is the fact that he is the only one who killed the Man of Steel in his prime. 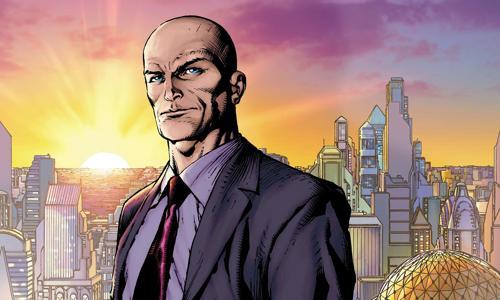 Despite having no superpowers and being physically nothing more than a common man, Alexander Joseph “Lex” Luthor has still received the reputation of Superman’s deadliest villain.

Grasping reality by relying on political power and intellect, Luthor believes that he is, in fact, saving the world from an alien force (Superman being a native of planet Krypton) and sought any means necessary to eliminate the Man of Steel. 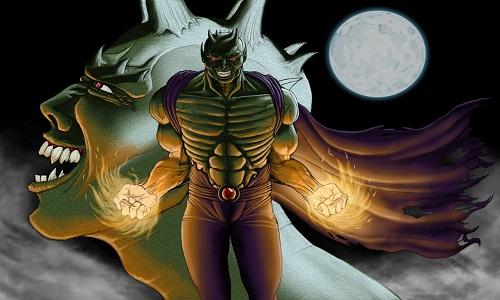 Norman Osborn forever changed when he embodied the mysterious and menacing persona known as the Green Goblin. With a thirst for annihilation, Green Goblin has caused numerous heartbreaks in Spiderman’s life such as the murder of his girlfriend Gwen Stacy and nearly killing of Aunt May. 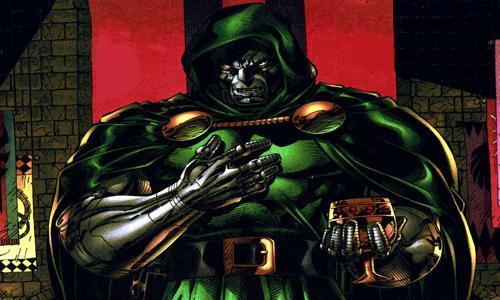 Dr. Victor Von Doom has been one of the most feared and sinister supervillains ever to be published in a comic book. Powered with high-level intellect and sorcery, victims of Doctor Doom’s wrath have been innumerable; including several faces of Marvel Comics such as The Avengers, X-Men, Iron Man, Spiderman, and most notably, the Fantastic Four. 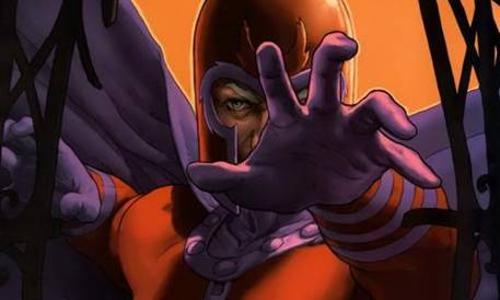 Convinced that homo-sapiens and homo-superiors can never coexist, Professor Erik Lensherr began on a quest to wipe out the human race from the entire world.

Gifted with a strong ability of magnetism manipulation, Magneto parted ways with his one-time friend, Professor Charles Xavier (aka Professor X), and founded the Brotherhood of Mutants after finding out that his partner aims for peace between the two species. Whereas for Magneto, peace was never an option. 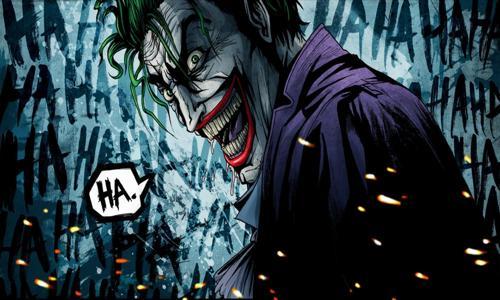 Unlike all of the villains in any major comic book corporation, the mysterious terrorist known only as the Joker has never been materialistic. In fact, Joker’s only goal has been to leave dead bodies everywhere as he goes to raise mayhem and chaos instead of targeting power or wealth.

The clown prince of crime has been responsible for countless tragedies in Batman’s life such as murdering Jason Todd (the second Robin), crippling Barbara Gordon (the second Batgirl), driving Lieutenant Jim Gordon insane, etc, which easily makes him the ultimate comic book villain ever.