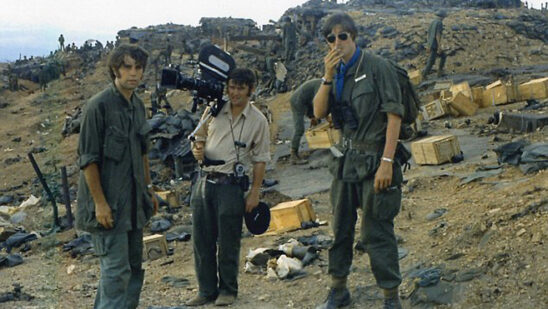 Making a movie is a huge undertaking – especially if the film involves a lot of expensive props, scenes, and actors. But just like most other undertakings, if you really break it down, there are a few simple characteristics that can truly make a film successful – without breaking the bank. Those with small budgets just can’t advertise like those with big dollars can. But the truth is that word-of-mouth marketing may be the best way to get people into theater seats – making the film a success after that will depend upon a few additional factors. Here we take a look at the top 5 simple characteristics of successful films:

Just like with any other media, if it captures attention and interest, then most of the viewers will give it an A rating. We even see this on a smaller scale with advertising. If in just a short period of time, an audience can relate to the characters in the story and really start to care about what happens, then the story – and the film – has made its point.

Oftentimes, this is referred to as “having an edge.” And this is especially important with films that do not start out with access to top-name talent or a large budget. Here is where the quality of the script can truly make the movie.

A great director can also make a film successful. The director can sometimes be seen as the quarterback – calling the plays and scoring – or not.

If the director can make the cast come together and give the movie a quality look and feel, then it is likely that the show will be a success.

The cast is another important area. It can usually be felt within the first few minutes of a movie whether or not the cast was a good fit. In fact, chemistry with a cast can literally make or break a movie – and has certainly done so in the past.

This one may be a little far-fetched, but it can have its entertainment quality. In other words, if the film provides something that audiences have never seen before – even if this simply means having an actor or actress playing a type of character that they normally wouldn’t – then the movie may just be interesting enough to be good!

Over and above all the other factors, mass appeal may be the number one criterion for the success of a film. As the saying goes,

Yet, if you are able to please a large majority of the people, then you may just have a successful hit.

The mass appeal can be taken on in a number of ways. One of the best ways to capture the most amount of audience share, though, is to make the topic controversial.

This may end up creating discussions and debates – but after all, that’s a true sign of success. Get people talking – and they will begin to flock to the theater to see what all of the commotions are about.