Home » Celebrities » 15 Celebs Who Won Oscar on their First Attempt

15 Celebs Who Won Oscar on their First Attempt Hollywood has seen legends such as Leonardo DiCaprio and Peter O’Toole giving everything they have in their movies for the sake of entertainment for millions of people yet they have never won the most coveted prize of their careers: the Academy Award. On the other hand, Hollywood has also witnessed many celebrities who won the Oscar when they worked in a specific field for the very first time. The following list chronicles those valiant and talented celebs who won Oscar on their first attempt:

Before stepping foot in the film-making business, Delbert Martin Mann was a television director behind the 1953 teleplay Marty. After the well-received reception of the teleplay, Mann considered the idea of a film-adaption and eventually turned the idea into a reality. 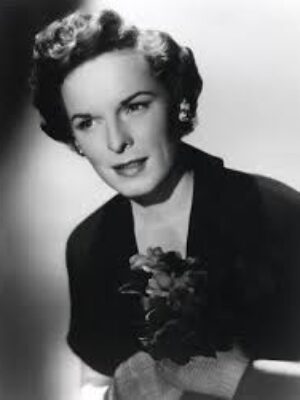 Died a decade ago, Mercedes McCambridge is best known among the current generation as the voice of none other than the demon Pazuzu in the perhaps the most beloved horror movie of all time The Exorcist. Apart from being a Hollywood starlet, McCambridge made quite a name for herself a radio and stage actress.

Once she set the goal of entering the glamorous world of Hollywood, she starred as Sadie Burke in Robert Rossen’s 1949 drama film All the King’s Men.

Nominated for seven Academy Awards, the movie won three including the award for Best Supporting Actress for McCambridge – a great start for her nearly four-decade movie career.

Having the distinction of being one of the very few celebrities who won an Academy Award on their very first attempt, there is one controversial back story of Diablo Cody which separates her from every other entry on this list: an early career as a stripper in Minneapolis, Minnesota.

As strange as it may sound, she shared a passion for writing as well and wrote for a few blogs, magazines and newspapers as well in her free time.

Impressed with one of her blogs about stripping, Los Angeles based talent manager Mason Novick persuaded her to write a screenplay for the comedy-drama film Juno.

Despite being a comedy movie, Juno was nominated for four Academy Awards and won just one: Best Original Screenplay for the stripper-turned-writer.

Among the Asians who have won the Academy Awards, the Cambodian American actor was the very first one from his nationality who won the prestigious award for Best Supporting Actor in his debut performance as the Cambodian refugee Dith Pran in The Killing Fields. Similar to his character, Ngor was an actual survivor of Khmer Rogue’s labor camps.

Haing never acted before in his entire life, his casting was a mere stroke of luck as the movie’s casting director Pat Golden noticed him at a wedding and chose him as one of the most vital characters.

Proud of his unexpected win, Ngor exclaimed to People magazine:

“I wanted to show the world how deep starvation is in Cambodia, how many people die under Communist regime. My heart is satisfied. I have done something perfect.”

Apart from Haing S. Ngor, Harold John Russel is the only non-professional actor who has won the Academy Award. A Canadian-American World War II veteran who lost both of his hands, director William Wyler saw him as a perfect choice for the role of sailor Homer Parrish in his drama film The Best Years of Our Lives.

Realizing that there “weren’t many roles for actors without hands”, Russell went back to Boston University and successfully graduated with a business degree.

Young, down on his luck and tired of having minor roles in ordinary television films and plays, Timothy Hutton attempted to break into the Hollywood business as he was cast as a supporting character in Robert Redford’s American drama film Ordinary People.

It takes sheer talent to pull off the role of a post-traumatic stress disorder patient yet Hutton gave an incredible performance.

Winning four Academy Awards including one for Best Picture, it was Hutton who was the man of the hour as he not only won the Academy Award for Best Supporting Actor but established himself as the youngest winner of the category at the tender age of 20.

However, fate was never much kind to the promising star after the big win as Hutton returned back to television roles; most notably being the TNT drama series Leverage.

If there is one word that best describes the magnitude of Kevin Costner, it is “multi-talented”.

While the present generation may only be familiar with him for his role as Johnathan Kent – the adoptive father of Super-Man from Man of Steel – they would be surprised to know that there is much more than acting as far as the man’s occupations are concerned as Costner is also a director, philanthropist, businessman, and a country musician.

Stepping his foot in the entertainment world in the year 1974, Costner has more than fifty movies under his name and is pretty much a decent actor at best. Having never won the big one, Costner decided to pursue other ventures in his field and decided to be a director.

Casting himself as the lead in his first film Dances with Wolves, Costner was finally convinced that the art of direction is the right path for him as the movie not only won the Academy Award for Best Picture but also for Best Director.

Heartbroken after being eliminated from the third season of American Idol, Jennifer Hudson thought that her life was over. Little did she know that the elimination was a blessing in disguise as several new doors of opportunities opened for her. The girl was filled with enthusiasm and talent; leading her to be cast as Effie White for the musical drama film Dreamgirls.

The part was no easy pickle for Hudson as she beat seasoned singers and actresses such as Raven-Symoné and Fantasia Barrino for her debut role.

Sharing the spotlight with A-list names Jamie Foxx, Eddie Murphy and Beyoncé Knowles, Dreamgirls was nominated for six Academy Awards; winning two including one for Best Supporting Actress for the excited Hudson.