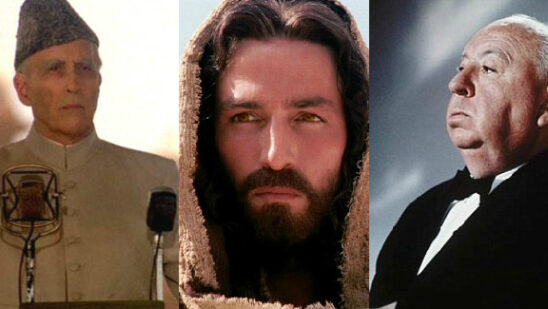 It takes years of perseverance and dedication to cement one’s legacy in history. Such men are born one in a million yet Hollywood can duplicate all of them. At least in the movies of course. Here are the 15 outstanding performances of actors portraying historical figures: 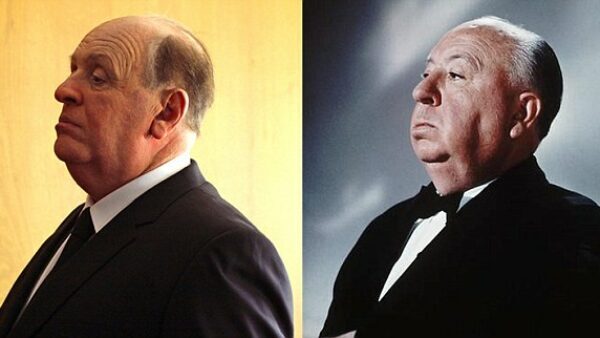 Undoubtedly the greatest and most influential filmmaker of the black-and-white era of Hollywood, Alfred Hitchcock was a master of suspense and extremely visionary as far as his distinctive style and thrilling narratives were concerned.

Some doubts occurred over the casting of Anthony Hopkins as the acclaimed director for the biopic Hitchcock but the actor made the critics eat their words as he deeply immersed himself in the role and gave a fantastic performance.

Receiving mixed to positive reviews upon its release, the movie revolved around Hitchcock’s struggles while directing the controversial horror movie Psycho and his dwindling relationship with his wife Alma Reville. 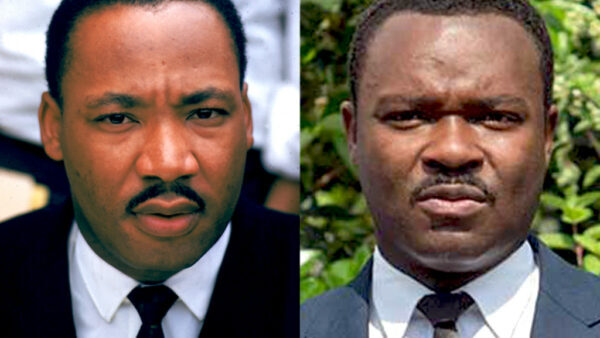 As one of the most iconic African-American leaders and social activists in the United States of America, Martin Luther King, Jr. never allowed anything to stop him from achieving his goal of civil rights for every black citizen in the country.

Starring British actor David Oyelowo as the leader of the African-American Civil Rights Movement in the 2014 biopic Selma, the on-screen King is shown battling racial inequality through non-violence.

The performance of Oyelowo was acclaimed due to the empowered usage of his voice which King was famous for during his revered speeches and the movie was nominated for the Academy Award for Best Picture but lost to Birdman: or (The Unexpected Virtue of Ignorance). 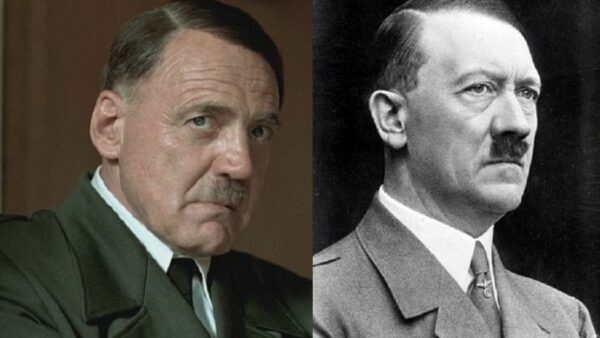 Active Facebook users might be familiar with hundreds of parody videos of Adolf Hitler being severely furious over a specific issue. That particular scene is from the 2004 German war film Downfall starring Bruno Ganz as the Führer of Nazi Germany.

Though Hitler has been depicted in many movies by several actors – most notably by Martin Wuttke in Inglourious Basterds – Bruno Ganz’s performance is considered the most iconic one.

Based on several historical books about the German leader, Downfall showcased the last ten days of Hitler’s regime in Nazi Germany. The movie was met with positive reviews and was nominated for the Academy Award for Best Foreign Language Film. 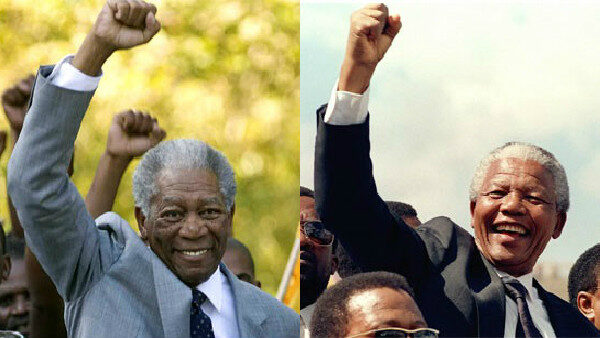 It is no secret that actor Morgan Freeman has often been acknowledged as a look-alike of the former President of South Africa, the late Nelson Mandela. His resemblance coupled with marvelous acting skills were put to use when Freeman portrayed Mandela in the biographical sports drama film Invictus.

Directed by none other than Clint Eastwood, the movie was met with generally positive reviews and was based upon John Carlin’s book Playing the Enemy: Nelson Mandela and the Game that Made a Nation. The role earned Freeman an Academy Award nomination but lost to Jeff Bridges. 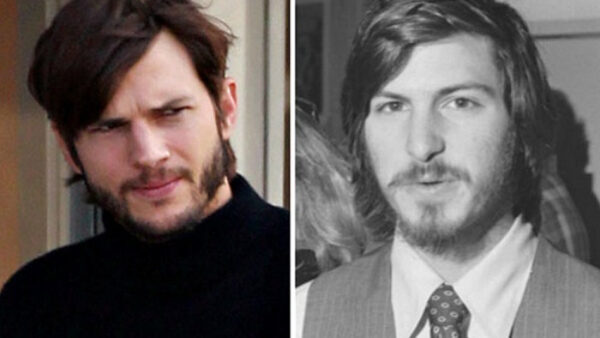 Charles Babbage may be considered “the father of the computer” but there is a no bigger name than Steve Jobs when it comes to the history of technological affiliations with computers. As the founder of Apple Inc., the inventor is credited for producing several small yet powerful devices such as the iMac, iPad, iPhone, etc.

Two years after his death, a biopic titled Jobs was under development with none other than Ashton Kutcher starring as the title character. Often type-casted as a comedic womanizer, the actor brought the spirit of Jobs back to life but due to the film’s several historical inaccuracies and weak narration, Jobs received immensely negative reviews. 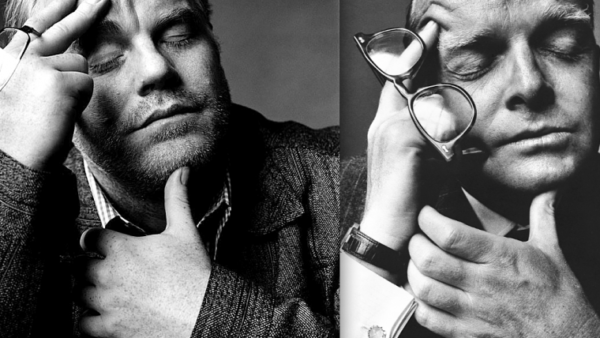 Author Truman Capote certainly had an interesting life and a considerable amount of it was beautifully documented in the biographical film Capote starring Philip Seymour Hoffman.

Hoffman successfully reconstructed the aspiring times of the decorated author and received universal acclaim for the role to the point of earning his first of four Academy Award nominations and winning his only one. 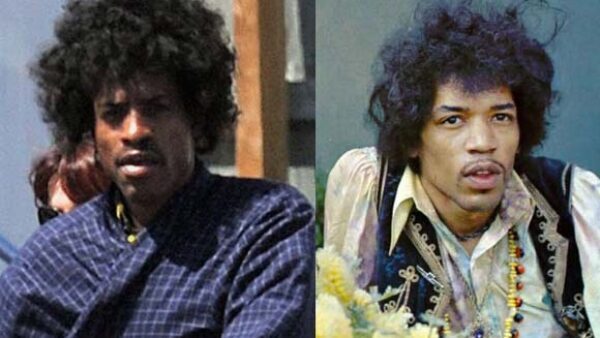 Described as “arguably the greatest instrumentalist in the history of rock music” by the Rock and Roll Hall of Fame, Jimi Hendrix remains one of the most inspirational and influential electric guitarists even today.

Though the drama film Jimi: All Is by My Side about his life received negative reviews because of the inaccurate and demeaning way the musician was shown, leading actor André 3000 was appreciated for the role due to his likeness and performance. 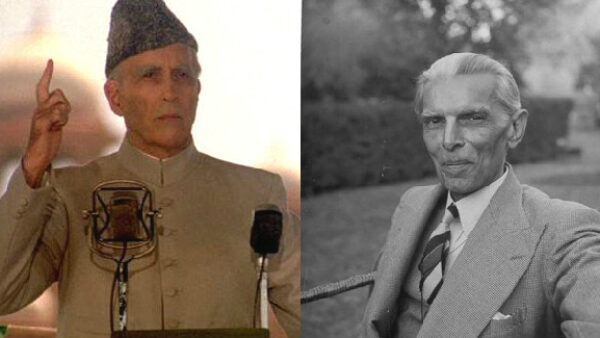 Muhammad Ali Jinnah stands among the few leaders who have literally changed the map of the world. Known as The Great Leader for providing the Muslims of the Subcontinent a country of their own, the citizens of Pakistan owe a great deal to Jinnah.

As the leading actor in the biopic Jinnah, veteran actor Christopher Lee fully understood the responsibility of doing justice to the esteemed politician on-screen and called it his most significant and favorite role. 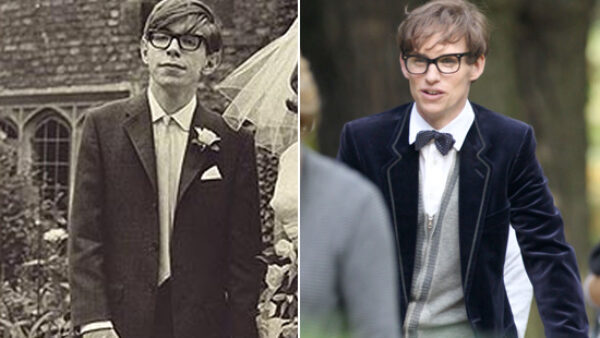 When it comes to the modern history of science, Stephen Hawking is untouchable. Despite his ability to talk and walk being gone because of Motor Neuron Disease, the scientist kept on continuing his work and is known as one of the brightest minds today.

Based upon his first wife’s memoir Travelling to Infinity: My Life with Stephen, the biopic The Theory of Everything starred Eddie Redmayne as the theoretical physicist and won an Academy Award for Best Actor.

6. Will Smith as Muhammad Ali 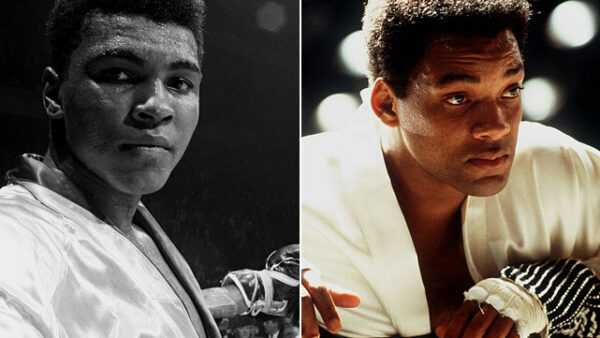 There have been many dominant boxers in sports history but none are close to the quickness and charisma of Muhammad Ali. Nicknamed “The Greatest” for his accomplishments, the boxer was portrayed by Will Smith in the biopic Ali.

Smith rejected the role at first but was convinced otherwise upon Ali’s request who remake it:

The role got the actor his first Academy Award nomination which he lost to Denzel Washington. 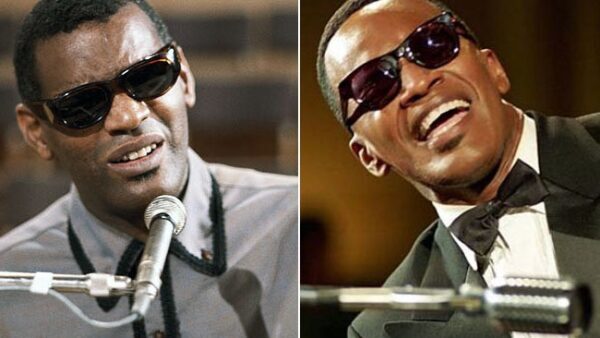 Regularly referred to as “The Genius”, the late Ray Charles is highly regarded as one of the most historic musicians of all time. A pioneer of soul music, Charles entertained the audience for decades by combining blues and gospel.

Utilizing his tremendous acting skills and uncanny likeness with the musician, Jamie Foxx starred as Charles in the biopic Ray and won an Academy Award for the role. 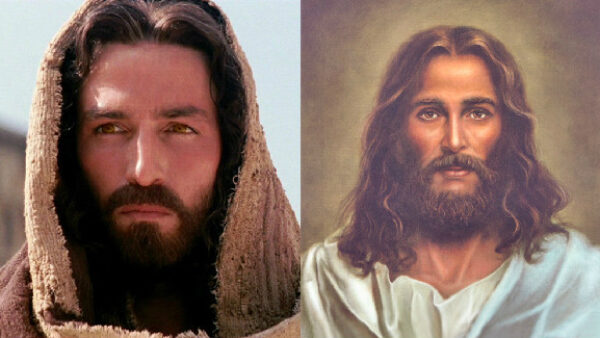 Unlike the rest of the actors on the list, Jim Caviezel is a name hardly known among movie maniacs nor does he have any credible awards under his belt. The only thing he is remembered in cinema is for the role of Jesus Christ in Mel Gibson’s The Passion of the Christ.

As the peaceful Christ, Caviezel was perfect for the role and even took immense pain as a part of his performance since he was scourged and dislocated his shoulder. Not only that but the actor was also struck by lightning and suffered from pneumonia and hypothermia. 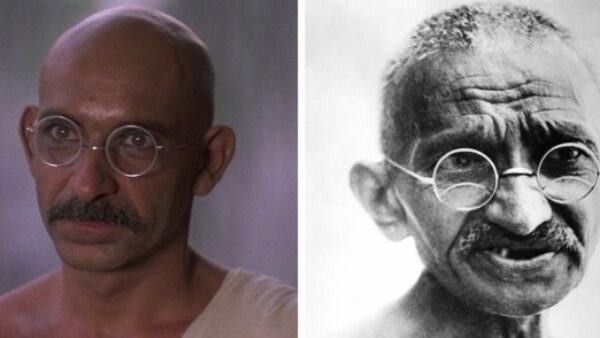 Regarded as director Richard Attenborough’s best work, Gandhi was a masterpiece of a biopic and tried to cover the complex life of Mohandas Karamchand Gandhi in the best way it could. Though the English actor Ben Kingsley portrayed the non-violent leader, he was part-Indian from his father’s side.

Receiving overwhelmingly positive reviews upon its release, the movie was nominated for eleven Academy Awards and won eight of them including Best Picture, Best Director for Attenborough, and Best Actor for Kingsley. 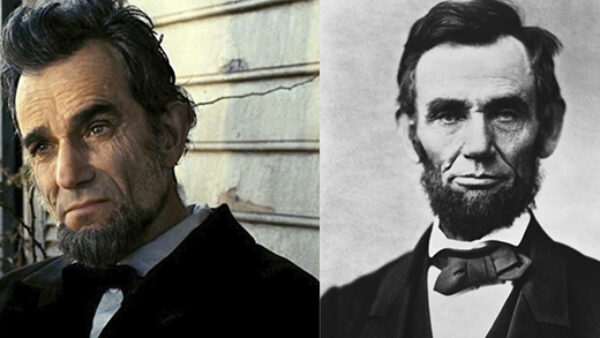 A master of method acting, Daniel Day-Lewis has established himself unmatched when it comes to an absolute dedication to his roles. Once hired by Steven Spielberg for the lead role of Abraham Lincoln in Lincoln, the actor spent an entire year preparing for the role and read more than 100 books on the former President.

Day-Lewis spent worked long and hard with the makeup artist to make sure his physical and facial resemblance with America’s 16th President matches perfectly. The movie was a major success at the box office and won dozens of awards including the third Academy Award win for Day-Lewis. 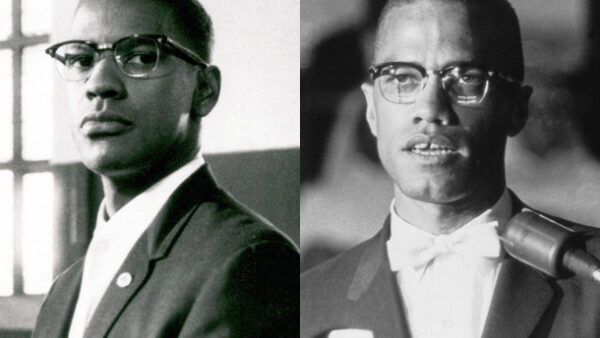 During America’s darkest times of racism, one man stood up to make a difference and spread awareness among every black citizen who was a victim of inequality. That man was Malcolm X, an African-American activist who was a symbol of pride for every Negro in the country.

Once director Spike Lee aimed to make a biopic of the human rights activist, Denzel Washington was hired for the lead role and it proved to be one of the most perfect casting decisions in Hollywood history. Often cited as his greatest role, Washington poured his height out for the dramatic performance to the point of an Academy Award nomination for Best Actor but lost to Al Pacino.

Did we miss any outstanding performances of actors portraying historical figures that should have been a part of our list? Please let us know in the comments below!