30 Celebrities Who Have Killed People

Celebrities are often idolized but who could have imagined that someday these iconic personalities would be in limelight for killing someone. Believe it or not but there are a number of celebs who have been linked to some really horrifying crimes: like cold-blooded murders, hit and run, etc. We today have compiled a list of 30 celebrities who have killed people:

Snoop Dogg and his bodyguard McKinley were accused of the death of gang member Philip Woldermarian in August 1993. Snoop was accused of driving the car from which McKinley took the shot.

After over a three years-long legal battle, Snoop was finally acquitted of all charges in 1996 and went on to become a pop sensation.

During the hearing in the courtroom, she broke down into tears, whereas Seeman’s family were disappointed as they were expecting a maximum ten years sentence.

The former Olympic champion was involved in a critical car accident which resulted in the death of a car driver along with seven other injuries.

Bruce, however, wasn’t injured in the accident. The accident took place on the Malibu stretch of Pacific Coast Highway.

On the 6th of September, 1951 William S. Burroughs, who is considered as one of the most influential writers of the 20th century accidentally shot his mother Joan Volimer in Mexico City.

He claimed that the death was due to the mishandling of the gun while they were playing a drunken game of William Tell. He was accused of manslaughter and sentenced to jail for two years which however was later suspended and he spent only two weeks in jail.

The famous billionaire and film producer killed a pedestrian, Gabriel S. Meyer on July 11, 1936. He allegedly was driving too fast and erratically in LA.

Howard was held in jail overnight for a possible homicide but was later proven innocent and was instantly released.

The legendary actor was a pilot in the United States Air Force during the Second World War and participated in several bombing missions which resulted in the deaths of a number of enemy civilians and soldiers.

He served in the air force for over two decades and retired as a Brigadier General. For his bravery and distinguished services to the U.S Army, he was awarded the Presidential Medal of Freedom and Distinguished Flying Cross.

Brady was involved in a car accident that killed a 38 years old woman, Awatef Aboudihaj. While driving on a highway, she slammed Aboudihaj’s car from behind which caused it to crash.

She herself wasn’t injured in the crash and wasn’t driving under the influence of drugs, and as a result, the singer wasn’t charged for the death. Brandy later sent her condolences to the victim’s family.

At the age of 27, the famous Academy Award-winning director John Huston, allegedly killed a female pedestrian on September 25, 1933, at a Los Angeles intersection.

However, after thorough investigations, he wasn’t charged with the crime.

A helicopter crash during the filming of “Twilight Zone: The Movie” on 23rd July 1982 in Vietnam killed two child actors along with the actor Vic Morrow on the ground.

Being the filmmaker and the one who desired the dangerous stunt from the cast, John Landis along with his other colleagues were charged for manslaughter. They were however freed after nine months of trials.

The famous American comic actress stabbed her ex-husband Ray Allen to death in 1965 with a letter opener a month after they divorced.

However, allegations were removed the very next day after it was proved that her husband was drunk, forcefully entered Dewitt’s home, and repeatedly banged her head against a wall.

During the vacation in Ireland on August 5, 1987, Matthew Broderick was driving along with his co-star of Ferris Bueller’s Day off, Jennifer Grey, on a road in Enniskillen, Northern Ireland. He accidentally took the wrong way which resulted in the death of a 63 years old woman Margaret Doherty and her 28 years old daughter Anna Gallagher, who were in the other car.

He was accused of careless driving and charged a penalty of 175$.

At the age of 17, when she was a high school student she slammed her car to another after running a stop sign on November 6, 1963.

The lady in the other car happened to be her classmate and a very good friend Michael Dutton. Laura penned down this mishap in her memoir “Spoken from the Heart.”

While driving through Los Angeles back in 2001, she ran her car over a nine-year-old boy. She settled a wrongful death suit with the bereaved parents out of court.

While talking about the accident in an interview with People Magazine in 2005 she quoted that:

“It’s something that is with me every day, and it will be for the rest of my life.” 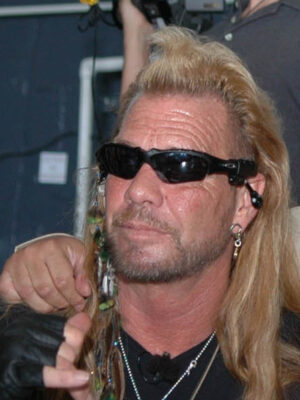 Better known as the Bounty Hunter, Dog was accused of first-degree murder for helping out his friend who shot a drug dealer after an argument over a marijuana deal.

He was sentenced to Texas prison for 5 years but was freed after 18 months.

The Who‘s iconic drummer Keith Moon ran over his Bentley over his chauffeur and bodyguard, Neil Boland on 4th January 1970 outside a pub in Hatfield, England.

Vince was involved in a drunk driving accident that killed drummer Nicholas Dingley on the spot and injured the two passengers in the other car.

The accident happened on Redondo Beach, California on the evening of December 8, 1984, and Vince was charged with vehicular manslaughter and drunken driving. He got sentenced to jail for 30 days and was fined $2.6 million.

The six-time Paralympics gold medalist, Oscar Pistorius was accused of intentional homicide for shooting his 29 years old girlfriend, Reeva Steenkamp – who was a model and a reality TV star – on Valentine’s Day 2013.

He was sentenced to 5 years in jail by the jury but he has appealed against it and the case is now pending with the Supreme Court of Appeal.

When he was driving back from a party, the “Prison Break” star offered two teenagers a ride. He was drunk at that time which resulted in a car crash. His car slammed into a tree which resulted in the death of 17 years old high school student, Vahagn Setian.

Lane was sentenced to prison for a period of 40 months in 2007 and got released in 2009 thanks to his principled behavior in prison.

The 29 years old American child actor, Skylar Deleon was convicted for killing Jackie Hawks and Thomas. The victim couple was murdered as a result of a drug deal on November 15, 2004.

The former professional basketball star shot dead a 55 years old limo driver, Christofi in 2002 when he accidentally fired from his shotgun.

Christofi died on the spot and Jayson was sentenced to jail for 5 years.

The popular affable Academy Award winner killed his 31 years old wife, Kim Schmidt on October 19, 1978. He afterward turned the gun on himself and committed suicide.

He was 64 years old at the time of this unfortunate murder-suicide.

The leader of the gambling ring Don King killed two people in Cleveland, Ohio in his youth. In 1954, Don shot Hillary Garret who was trying to rob his house, and later in 1966, he beat Sam Garrett (his very own employee) to death because Sam owed him $600.

The popular singer, Lead was jailed twice; once for killing his own relative – Will Stafford, with whom he was fighting over a woman – and once for stabbing a white guy during a brawl.

He was pardoned both times after spending the minimum jail time of 7 years required under the law.

The dead body was found with a stab wound in her stomach. Sid, however, pleaded not guilty but died after a few months of getting released from the prison before a trial could be conducted.

The popular American actor had a brawl with Ray Raymond over Ray’s wife in 1927 during which he beat him up pretty badly which lead to Ray’s death after two days.

He was immediately arrested and sentenced to 10 years. Though, he was freed after only serving 25 months at San Quentin. He married Dorothy MacKaye, Raymond’s widow on his return.

Today he is known as the assassin of President Abraham Lincoln, but before that, he was a well-known theatrical actor. John fled the scene after assassinating Abraham Lincoln around 10 pm in April 1865 at Ford’s Theater in Washington where Lincoln was watching “Our American Cousin“.

Twelve days later he was found in a barn in rural Virginia and was shot by a Union soldier. He died three hours later.

The 75 years old famous American songwriter killed 40 years old actress Lana Clarkson, who was best known for her role in The Barbarian Queen, on February 3, 2003, in the foyer of his mansion.

He killed her with a single gunshot inside the mouth of Lana, whom he invited after meeting her at the Hollywood nightclub only a few hours earlier.

Robert Blake was accused of shooting his second wife Bonnie Lee Bakley to death on May 4, 2001, outside a restaurant in California while she was sitting in their car.

After a long trial and jail time, he was acquitted due to a lack of evidence. Things again heated up a year later when he was found guilty of Bonnie’s death after his children filed a lawsuit against him in 2005 and were ordered to pay a penalty worth 30$ million (later reduced to 15$ million). Robert went bankrupt and has been keeping a low profile ever since.

The former NFL star was indicted in 2014 for the deaths of the two Boston men, Safiro Furtado and Daniel Abreu, that were shot dead back in 2012.

He was also accused of the murder of football player, Odin Lloyd in 2013 for which he was found guilty in 2015. He has been sentenced to life in jail without parole.

In 1969, Ted was driving drunk near Martha’s Vineyard when his car fell off a bridge. The vehicle overturned and started sinking causing the death of Mary Jo Kopechne who was sitting in the back seat. Ted, swam to safety and ironically informed authorities after several hours (during which Mary could have been rescued).

He was however only charged for immediately escaping from the scene and was sentenced to jail for two months causing a national controversy which is more commonly known as the Chappaquiddick incident.

Did we miss any celebrities who have killed people on our list? Share your thoughts in the comments below!