Home » Movies » The Economic Impact of The Hobbit Film Series

The Economic Impact Of The Hobbit Film Series 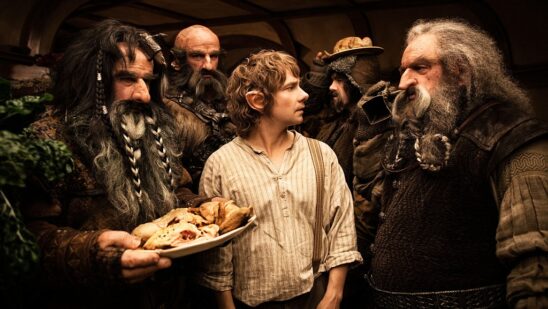 The trilogy of movies depicting the books’ characters and events made just under $4 billion. The Lord of the Rings movie franchise has also contributed to a 40% increase in New Zealand tourism, due to the beautiful locations that director Peter Jackson chose to represent Middle Earth.

Tax breaks from the New Zealand government for the Lord of the Rings films and the new trilogy of The Hobbit film series also contribute to the economic impact of the well-loved stories. While The Lord of the Rings: Return of the King was one of the highest-grossing franchise movies of all time, the first film in The Hobbit: An Unexpected Journey broke box office records, as well.

The December box office record was shattered by the film when it debuted in 2012 to $84.8 million dollars on opening weekend. To date, it has earned $831,844,187 worldwide and the Hobbit trilogy in total has earned $1.017 billion. That’s roughly the GDP of Greenland.

Although the story is a timeless tale that children, adults, and lifelong fans all love, who knew it could represent such earnings in the marketplace? What an “unexpected journey” indeed!

Did you like J. R. R. Tolkien’s trilogy? Let us know in the comments section below!