15 Best Werewolf Films Of All Time 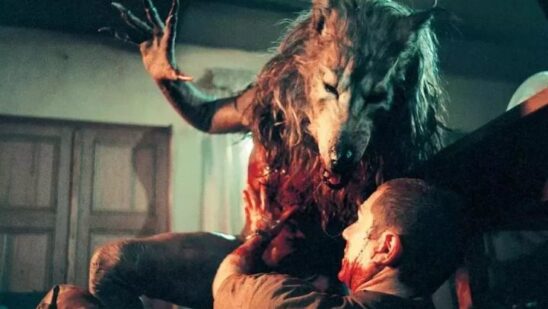 Werewolf legend has always been a fascinating genre for years. The legend has strong roots in European folklore. A number of films have been made about the Werewolf legend and some have produced a cult following. Following is our list of the 15 best werewolf films ever: 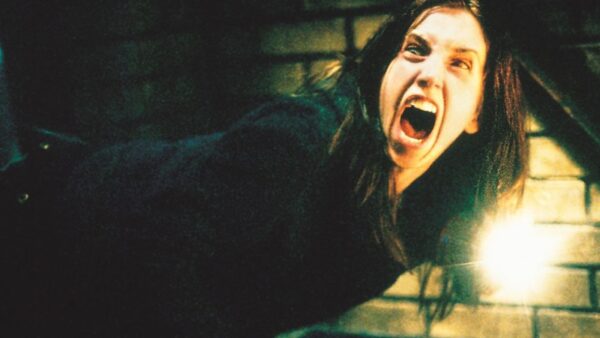 The story revolves around her cravings for sex and killing, her struggle to transform back, and her newfound friendships and broken trusts. 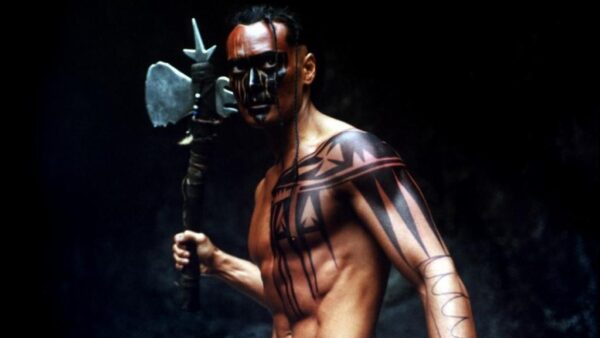 Brotherhood of the Wolf is a French werewolf film with a plot loosely based on a real-life killing spree that happened in the 18th century; the legend of Beast of Gevaudan. The film tells the story of the hunt of the vicious beast who is hunting down women and children, spreading fear in the people. 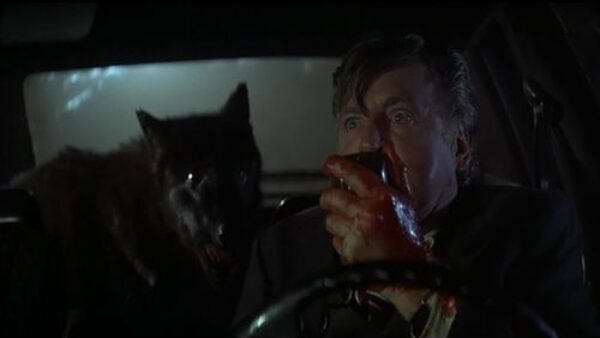 Wolfen is the film adaption of Whitley Strieber’s novel of the same name. It is the story of an NYPD Captain, Dewey Wilson, who is set on a task to solve the mystery of brutal murders. The victims seem to have been killed by a vicious beast. During his search for the killer, he meets shapeshifters to karate experts, all of whom fall prey to the brutal beast’s merciless killing, one by one.

Strieber then begins to understand that the criminal he is looking for may not be an animal or a human. Chances are that he might be a wolf spirit, as Natives claim. 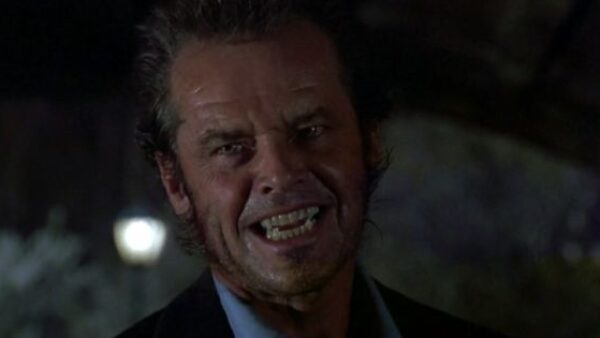 Will Randall (played by Jack Nicholson) seems to have lost it all when he loses both his life and his job to a younger co-worker. One day he gets bitten by a werewolf and feels his senses improved and his body full of energy, despite his age.

Soon after that, the daughter of his boss falls in love with him, head to toe, not knowing what creature he is and the fact that she is becoming one of his kind. 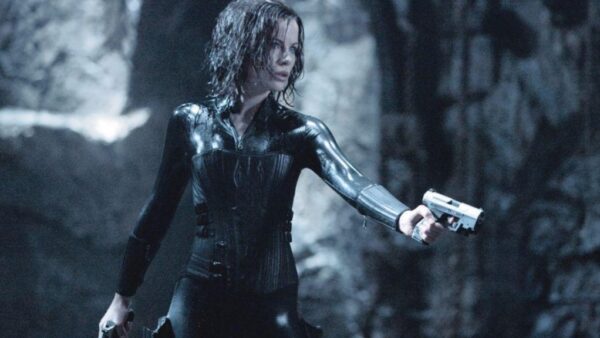 Vampires and werewolves have been at war for centuries. Selene, a vampire death dealer is given the job to finish off the last of the werewolves and end this war for good. But when Selene meets Michael, she falls madly in love with the werewolf.

Selene must decide where her loyalties lay, with her werewolf love or with her vampire race. 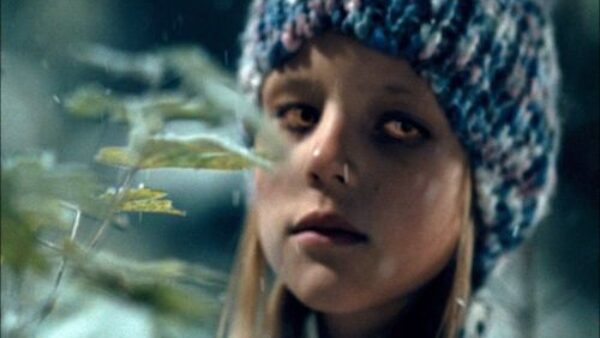 Blood and Chocolate is an American werewolf movie whose plot revolves around a beautiful Romanian female werewolf who falls madly in love with an American cartoonist, Aiden who is kind and loving and gentle and all. She is sure that he will understand.

Her complicated net of loyalties with her pack and her lover makes it difficult for her to survive. 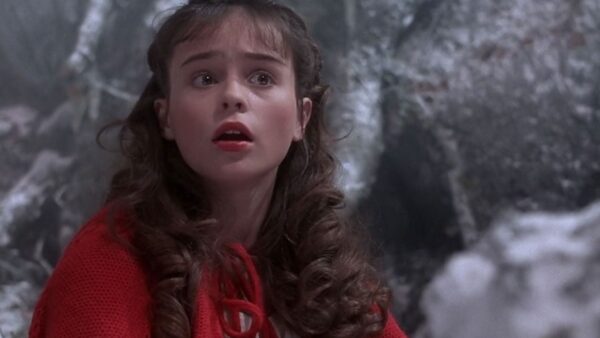 The Company of Wolves is a British Gothic Werewolf horror story based on a short story of the same name from Angela Carter’s famous story collection called The Bloody Chamber. The story is about a young girl who dreams that she is living in a fantasy forest with her family. In her dream, her sister is killed by a strange beast and she travels to her grandmother who warns her about the strangers whose eyebrows meet.

One day, on her way to her grandmother, she does find an attractive stranger whose eyebrows meet and that stranger turns out to be a werewolf who eats her grandmother. Now her desire to avenge her grandmother conflicts with her desire for the attractive creature. The film narrates a number of folk stories too, all concerning and depicting werewolves’ evil nature. 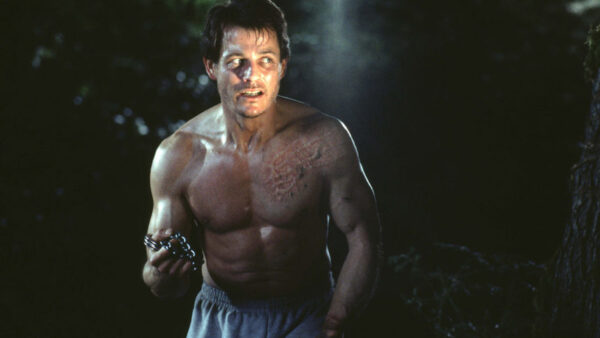 Bad Moon is an American horror film about a man’s struggle against the evil breeding inside him and his will to contain it and keep him from endangering those he held dear. His almost-lost battle may be won by the love he bears for his family and his dog, Thor. 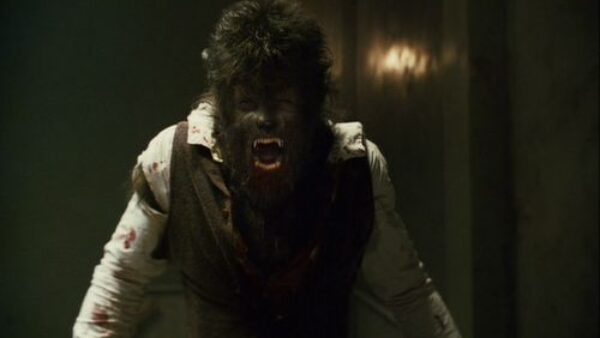 The Wolfman is the remake of a classic horror film of the same name, “The Wolf Man” that was pictured in 1941. The second half was changed and stretched from the original film’s plot. Lawrence Talbot comes back to his father’s home to investigate his late brother’s mysterious death.

He makes amends with his father, conquers his childhood fears in his childhood town, and investigates his brother’s death. Unfortunately, he is attacked by a giant beast and Talbot turns into a vicious werewolf himself and he must kill if he wants to survive or if there is no hope for him in the future. An American Werewolf in London is an American comedy werewolf film about two American young men, David Kessler and Jack Goodman who, one night, drink deep in their village pub and are attacked by a vicious creature on their way back home. Jack is killed in the incident and David is taken to a nearby hospital, heavily wounded. 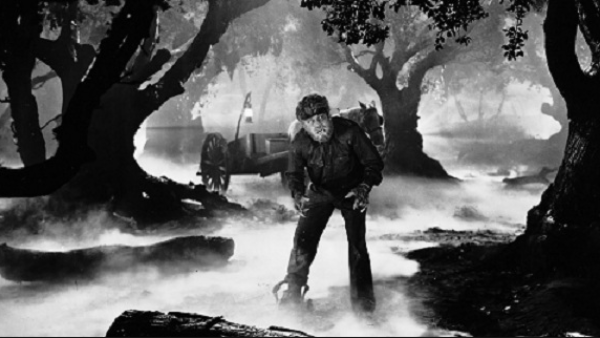 The Wolf Man is an American werewolf classic about Larry Talbot who returns to his father’s home after learning about his brother’s death. He seems to like the whole practice of meeting new people and mending his bond with his father.

All of this seems to be going well until, one night, his life changes drastically forever, the night he gets bitten by a werewolf. 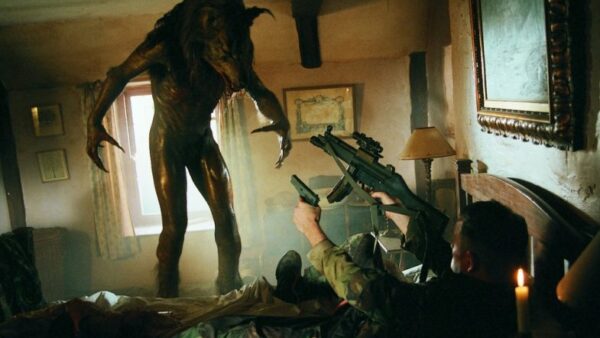 Dog Soldiers is an American film about a British Squad that goes on a training mission to the deep and forlorn Scottish woods. Here they meet the injured captain of the Special Ops Squad and what little remains of his team. Then they meet a zoologist named Megan who claims to know all about the creatures they are fighting.

With the full moon up and howling sounds filling the sky, it doesn’t exactly take a genius that she is talking about werewolves. 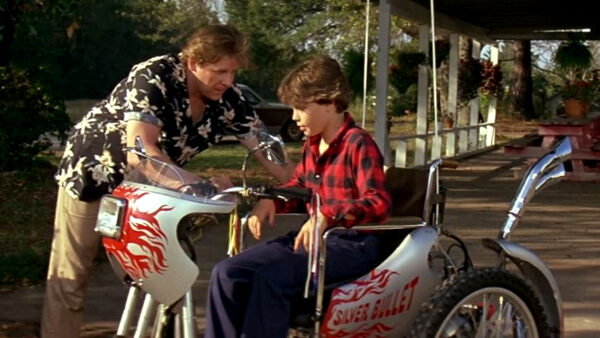 Silver Bullet is based on Stephen King’s novella, “Cycle of the Werewolf”. The film shows a small town called Tarker’s Mill which is a very serene and calm place until the mysterious murders start.

The town folks are convinced that there is some psychotic serial killer involved in the murders but one boy named Marty is convinced that all of this is a work of a werewolf. The boy, with the help of her sister, devises a plan to unveil the werewolf to the world, but the failure may claim their life. 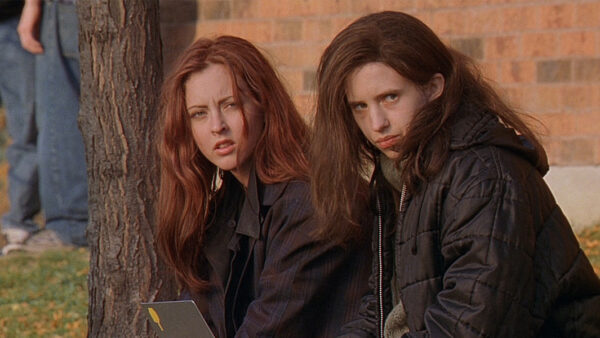 Ginger Snaps is a Canadian werewolf horror film about a jittery 16-year-old teen named Ginger who is hit by her first period on a night of the full moon. Unfortunately, a werewolf bites her on the same night.

Her 15-year-old sister Brigitte tries to find the cure for Ginger as Ginger continues to be scary and warm. The dogs around the neighborhood begin to die mercilessly while her sister grows anxious and the Ginger grows wilder. 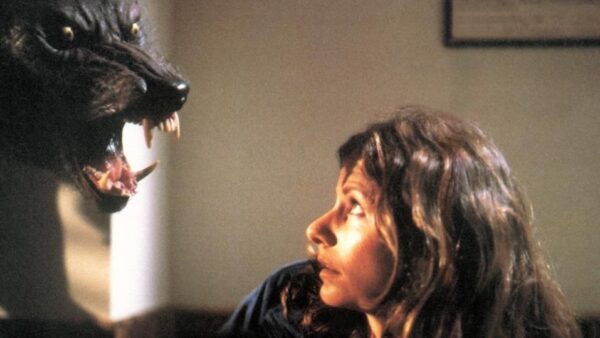 She is ordered to take a vacation by her psychiatrist to alleviate the pressure and trauma of Eddie Quist’s case from her. She chooses the calm and serenity of the woods to relieve the stress. Little did she know that she will be chased by a pack of werewolves who will make her run for her life, and maybe even for her soul.

This list cannot be completed without mentioning these films:

What are your best werewolf films? Let us know in the comments section below!