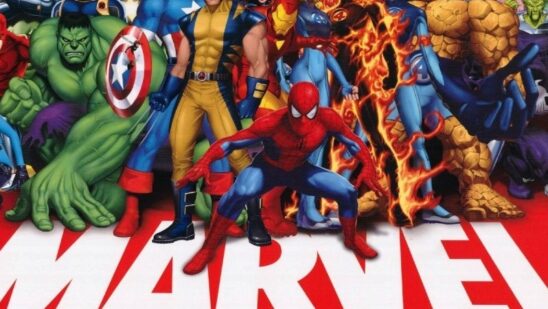 Founded in 1939 as Timely Comics, the brand known as Marvel Comics has been the leading pioneer in comic books for several decades. With emerging artists such as Jack Kirby and brilliant writers such as Stan Lee to their name, the company paved the way for various other brands in the industry but the throne always belonged to Marvel. From twisted origins to graphic novels, from X-Men to the Avengers, Marvel Comics have undoubtedly become a part of modern culture. The following list chronicles a few of the most memorable and of course shocking moments in Marvel Comics: 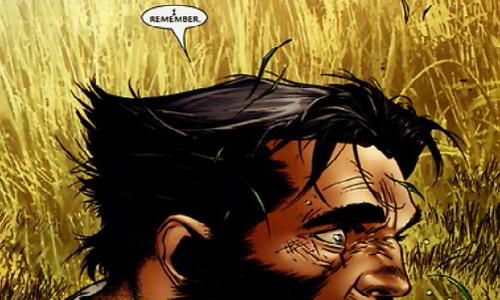 James Howlett aka Wolverine may never be killed due to his healing factor but draining his memory might be the best option to gain an advantage over him. After years of wandering without any sort of knowledge regarding his background or even his name, Wolverine finally regained all of his memory in the House of M storyline.

Wolverine soon discovers that his son Daken has been brainwashed and turned into a dangerous weapon of mass destruction by Romulus – the very man responsible for the brainwashing of Wolverine too. Back on his feet, he decides to take the matter into his own hands to battle the villainous threat.

14. Iron Man Injects Himself with Extremis 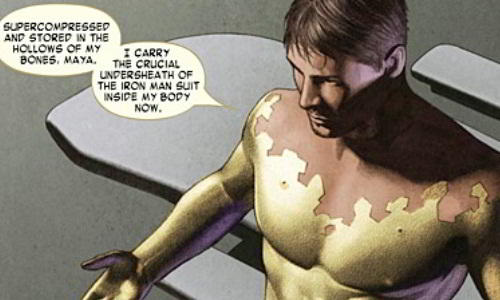 Steve Rogers aka Captain America is not the only superhero injected with Super-Soldier Serum. When Tony Stark injected himself with Extremis, a similar serum able to connect the victim’s brain with computer systems, he gained superhuman powers and that was just the start of his gloating.

On the other end of injecting extremis, the nano-technological serum, or “virus” as referred to by many, insisted on never upgrading his Iron Man armor in the future because Stark became the suit, literally. 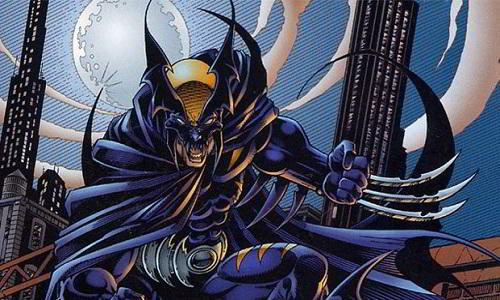 If creativity is defined in terms of comic books, then the creation of Darkclaw is unmatchable. When Marvel Comics decided to work in a crossover with none other than their biggest – or perhaps the only rival – the Amalgam Universe came into existence as a result.

The universe featured many of their original characters merged into one but the most striking character of the entire lot was Darkclaw; a combination of Wolverine and Batman.

12. Deadpool Combats Everyone He Ever Killed 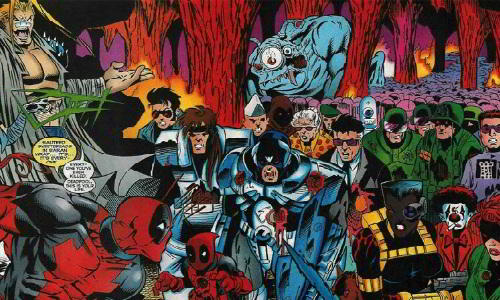 Despite being an anti-hero, the lethal mercenary named Wade Winston Wilson aka Deadpool has been one of the most popular and loved comic book characters since his debut. Having an appetite for humor as well, Wilson is dangerous as they come and has been responsible for various deaths.

In one particular storyline, the evil T-Ray and Mercedes utilized black magic to summon every single individual Wilson ever killed in order to defeat him; testing his very limits in the heart-pounding battle. 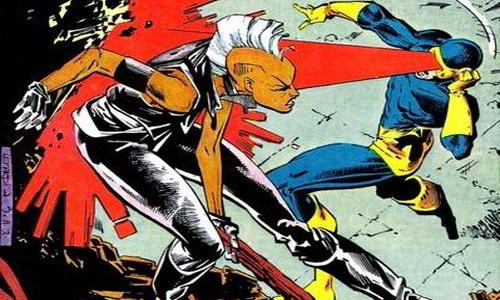 Opposed to the beliefs and methods of Magneto and the Brotherhood of the Mutants, the X-Men have always followed the way of peace. Considering their acts of discipline, battles within the team were highly amusing and dramatic if not deadly.

Overburdened by the pressures of raising a family, Scott Summers aka Cyclops was destined to pass the leadership of his team to someone more competent. Hesitant, Cyclops had a hard time facing the fact until challenged by none other than Ororo Munroe aka Storm – who was drained of her powers at the time. The fight took place in the danger Room and in a surprising upset, Storm stood victorious. 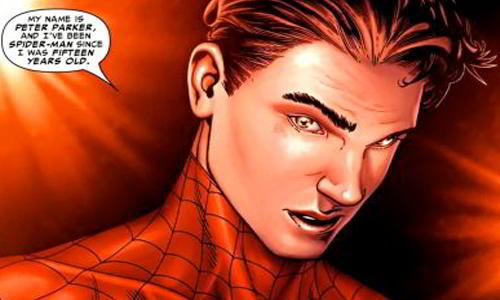 Peter Parker aka Spiderman has been the most treasured diamond of the entire comic book industry for several years. Taking up the responsibility of saving the day from an early age without any sort of formal training is not every superhero’s cup of tea.

In one of the most promising storylines of Marvel Comics aka Civil War, Spiderman finally decided that the time has come to reveal the biggest secret he has kept safe from not only his family but the entire world; unmasking himself. 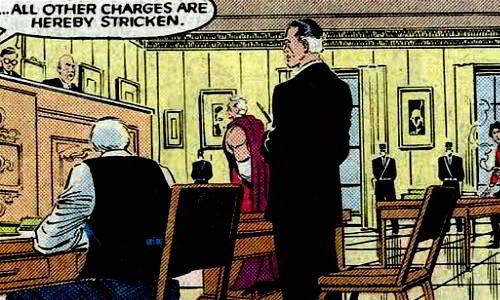 Murder, assault, theft, extortion, genocide, there is not a crime Max Eisenhardt aka Magneto has not committed. No matter how many laws the Government of the United States of America has, they were still not capable of putting the mutant menace behind bars.

With Professor Charles Xavier as none other than his defense attorney, the duo proved to be quite a team when it came to convincing the jury. When Magneto heroically saved them from an unexpected attack from Fenris, the villain was acquitted of all the charges against him.

8. The Origin of The Punisher 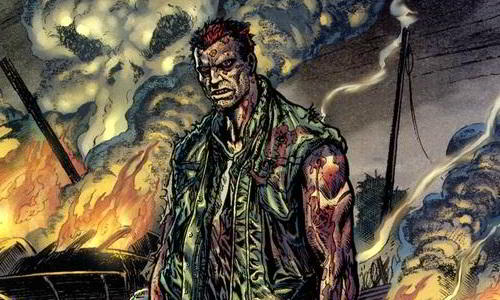 Ever since his debut in The Amazing Spiderman, the readers were mesmerized by the charisma and belligerent tactics of Frank Castle aka The Punisher. As the astonishment surrounding the character, the fans demanded an origin story.

Unlike various other motivated comic book characters, the origin of Castle goes much deeper. Molded by the crucial times at war in Vietnam, the sadistic and merciless Punisher became a force to be reckoned with.

7. The Hulk Breaks Wolverine in Half 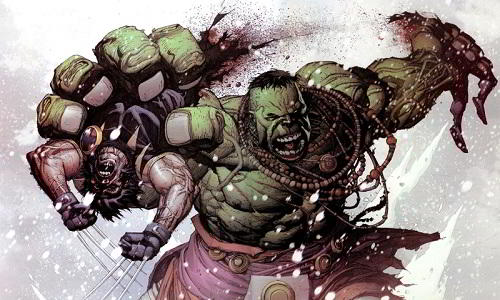 Adamantium might be the strongest element in the entire Marvel Universe but is still not strong enough to stand a chance against the rage of Dr. Bruce Banner aka the Hulk. As seen in the fight between two of the greatest Marvel Superheroes, Wolverine finally learned that he would not like the Hulk when he is angry – the hard way.

When the fight broke out, the Hulk not only defeated Wolverine but added insult to injury by literally breaking him in half and throwing his lower half at a great distance; forcing him to remain that way for three and a half years. 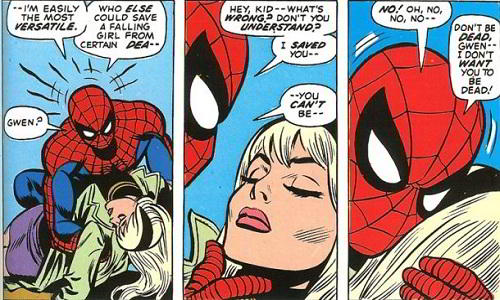 Young and in love, Spiderman had many more responsibilities apart from keeping a relationship. In one of the most tragic moments throughout the life of Peter Parker, his first love Gwen Stacy got killed when the former was trying to save her.

When Norman Osborn aka the original Green Goblin abducted Stacy in order to lure Spidey out, he threw the damsel in distress from the top of the George Washington Bridge. Though Spidey eventually saved her while falling, the whiplash effect from the web broke her neck; killing her. 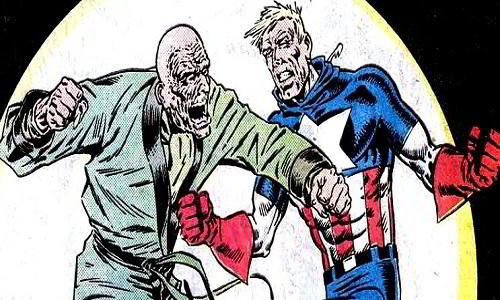 One of the most fierce rivalries in Marvel came to a halt when Steve Rogers aka Captain America battled his longtime foe, Johann Schmidt, aka Red Skull in a fight to the death.

No longer in their prime, the two did not let their old ages come in between the grudge. Regarded as a very lethal hand-to-hand combat, the fight ended with Red Skull suffering a heart attack and dying in the arms of the First Avenger.

4. Magneto Rips Out All of Adamantium From Wolverine 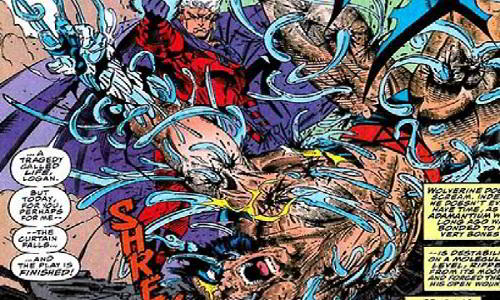 It was the storyline that answered the question of how much pain can Wolverine really endure and how many levels of cruelty can Magneto express with his powers.

With the powers of magnetism, Magneto tested the limits of his abilities by delivering the most physical and excruciating torture a mutant of Wolverine’s stature can take; ripping out all of the adamantium from Wolverine’s body.

3. The Death of Captain America 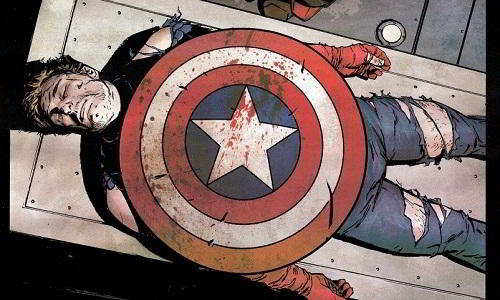 While being in the custody of S.H.I.E.L.D. Captain America is assassinated as per the orders of Red Skull; Crossbones mercilessly snipes at him while the brainwashed Sharon Carter, posing as a S.H.I.E.L.D. psychiatrist performs the final blow; killing him. 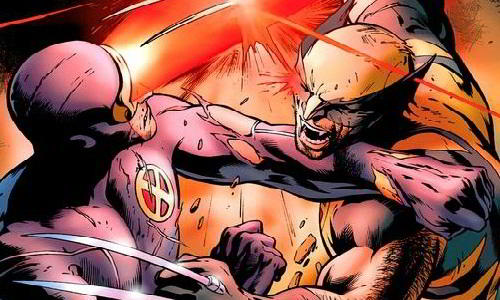 The two have not been seeing eye to eye so to speak and the tensions boiling within the X-Men always hinted that it was only a matter of time before two of the most unique mutants battled against each other much to the thrill of the fans.

When Wolverine gave everything he had to Scott Summers aka Cyclops in order to cripple, if not kill, his teammate, things only got complicated as the battle drew a line within the team; dividing the very foundations of the X-Men. 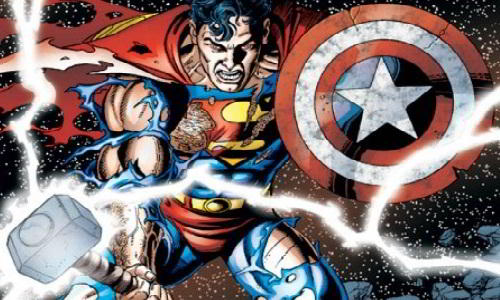 The most shocking moment in Marvel Comics performed by the greatest superhero from the rival brand; is Superman lifting Captain America’s shield and Thor’s hammer in a crossover between Justice League of America and the Avengers.

In an effort to defeat the mighty Krona, when all hope was about to be lost, Superman did the unpredictable by using the signature weapons of superheroes that only they are capable of using and finally defeated the for; restoring peace once again.

This sums up our list of the most shocking moments in Marvel comics. Feel free to share any interesting Marvel comics-related facts in the comments section below!