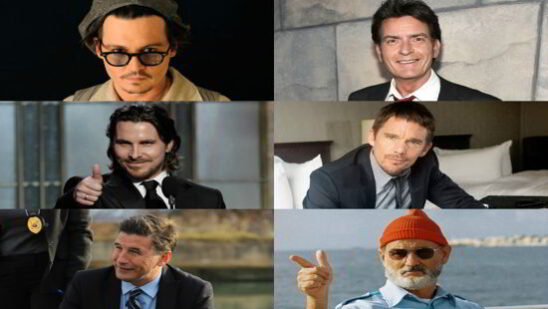 Back in the year 2013, superhero fanatics openly expressed their distaste against director Zack Snyder’s decision to cast none other than Ben Affleck as the Caped Crusader for his upcoming film Batman v Superman: Dawn of Justice. Considering the fact of how awful the movie Daredevil was in which Affleck portrayed the blind superhero of the same name, the fans had every right to be disappointed or even angry over his casting. Whether or not Affleck will make a fine Batman is something that cannot be answered until the film’s release in 2016 but things could have been much worse in the past as far as the casting of the Dark Knight is concerned. The following list explores actors who almost played Batman and whether or not they had been able to pull off the demanding role: 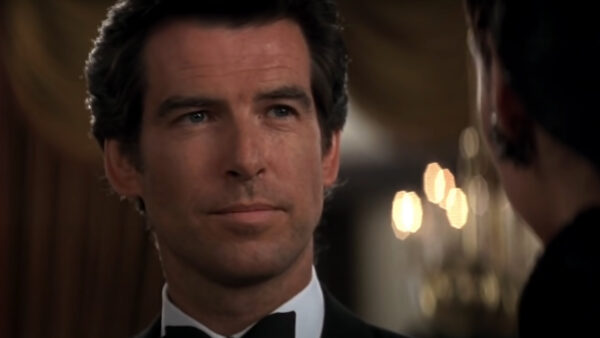 Rising to prominence at an early stage of his career, Pierce Brosnan was destined for greatness when it came to theatricality and acting. Among all of his roles, Brosnan is remarkable for his portrayal of secret agent James Bond in four separate movies. The cunning spying traits of Bond are shared by the character of Batman as well and the very idea of Brosnan playing the role of Batman is gold. Apparently, director Tim Burton was aware of that too.

For the competitive role of the Caped Crusader in his 1989 Batman movie, Brosnan was Burton’s strong candidate but surprisingly, he turned it down:

“I went and met with Tim Burton for the role of Batman. But I just couldn’t really take it seriously, any man who wears his underpants outside his pants just cannot be taken seriously.  That was my foolish take on it. It was a joke, I thought.”

Brosnan has cemented his status by being a perfect James Bond but could he have been an amazing Batman? Absolutely. 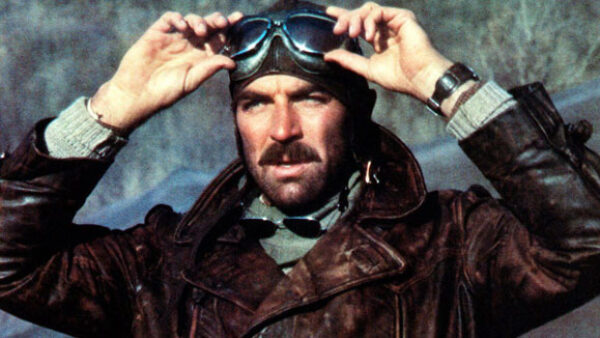 Batman has been personified in more than a thousand comic books and countless times in television serials, movie adaptions, animated series, and even musicals. Not even once did he or even Bruce Wayne have a mustache. This makes one wonder what on earth director Tim Burton was thinking when he thought about casting Tom Selleck as the Caped Crusader in his 1989 Batman movie.

Apart from being best known as Thomas Magnum, the private investigator from the television series Magnum, P.I., Selleck Is also known for supporting one hell of an enormous mustache. Not denying the credibility of Selleck as an actor, it would have been absolutely strange if he was cast as the Dark Knight considering the fact that Selleck is notorious for not shaving his large mustache.

However, if there is one character from the Batman mythologies that Selleck could portray well is that of Dr. Thomas Wayne, the mustached father of Bruce Wayne. But as far as the character of Batman with a mustache is concerned, that is out of the question. Not only Ethan Hawke has what it takes to pull off the role of the Dark Knight but apparently, director Joel Schumacher felt the same and offered him the role in his 1995 film Batman Forever. Conversely, Hawke turned down the offer as he stated in an interview with Details Magazine:

“I just didn’t want to go to the Knicks game and have everybody go, ‘Wow, you were a great Batman!’ That wasn’t my fucking goal in life.”

However, Hawke regrets turning down the role as he adds:

“Now I wish I’d done it, because I could have used it to do other things.”

On an interesting note, Hawke was in a 7-year marriage with Uma Thurman – who portrayed the seductive yet dangerous Poison Ivy in Joel Schumacher’s controversial Batman & Robin – and has two children with her. 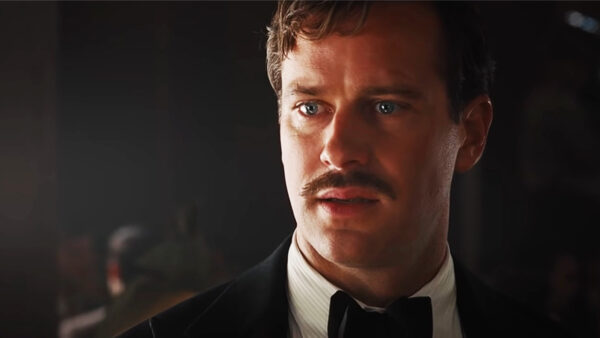 Not denying the magnitude of Armie Hammer as an actor, but there is no way he could have been a suitable man for the physical role of Batman since he was merely 21 when he was handpicked by none other than Academy Award-winning director George Miller for not just any Batman film but for a Justice League film which he would have directed titled Justice League: Mortal.

Intended to be released in 2007, the project was discarded by Warner Bros. for the better. Considering the fact that Hammer did not achieve any limelight until he starred in The Social Network and the recent The Lone Ranger, it is safe to say that back then he simply did not have what it takes to be Batman onscreen. 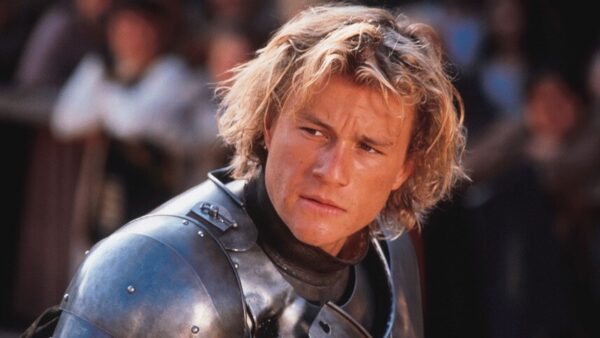 The most memorable actor in Christopher Nolan’s The Dark Knight Trilogy is none other than the man behind the portrayal of the mass-murdering psychopath Joker, Heath Ledger. The actor gave literally everything he had for the greatest performance of his life and took the 2008 film The Dark Knight to a height that no one even imagined.

Three years before being cast as the Joker, Ledger almost had a different turn of events as he was almost cast as Batman. Christopher Nolan made the right verdict of rejecting Ledger for the role of Batman that would ultimately go to Christian Bale as it would have robbed the world of the most amazing embodiment of the Clown Prince of Crime onscreen.

While Ledger’s physique may not be best suited for the role of Batman or even Bruce Wayne, it can be very well assumed that things probably happened for the very best, to say the least. 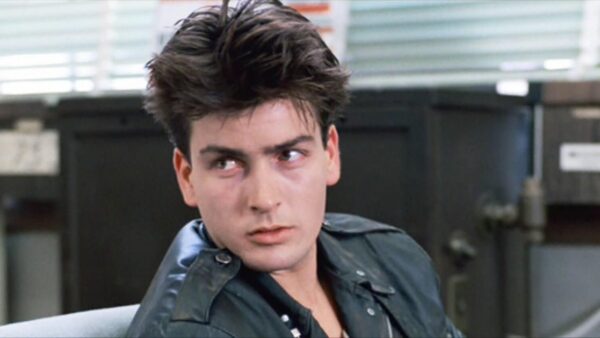 Without a shadow of a doubt, Charlie Sheen is a fine good actor but his career has unfortunately been overshadowed by his personal problems including domestic violence, falling marriages, bad boy antics, and several reports of alcohol and drug abuse. The 49-year-old actor was once the highest-paid television actor as the star of Two and a Half Men but his ego got the best of him and was fired by CBS.

However, things were entirely different for Sheen twenty-five years ago as he was an ambitious seasoned actor who was climbing the ladder of success. Impressed by his performances in Wall Street and Platoon, director Tim Burton strongly wanted Sheen as the Dark Knight for his 1989 Batman film.

Despite having the physique, the face, and the natural talent to be a fantastic Caped Crusader, it is a great surprise that Burton chose Michael Keaton instead. 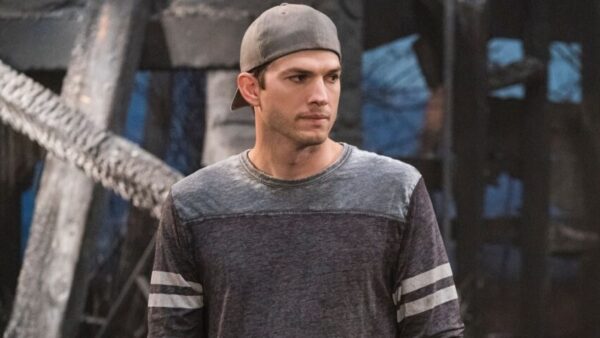 Casting Ashton Kutcher as Batman for Christopher Nolan’s Batman Begins would have seen history repeating all over again in the eyes of many die-hard comic book fans. Similar to director Tim Burton’s decision to cast Michael Keaton for the same role in his 1989 Batman movie, Nolan would have been casting an actor with a lot of comedic past; striking doubt over the fate of the entire movie.

After a lot of critical thinking, Nolan made the right choice by casting Christian Bale for the role. Pretty sure that casting Kutcher as the Caped Crusader would not have been the right decision but the movie definitely would have gotten plenty of laughs if his embodiment of Batman would have asked: 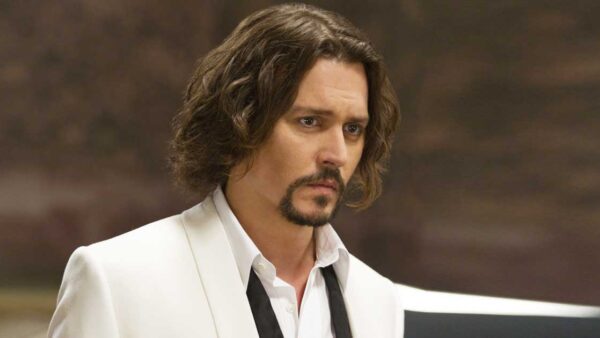 An actor’s credibility is determined by the personality contrasts between his different roles and that is exactly why Johnny Depp is one of the greatest actors of his generation who has yet to bag an Academy Award. The actor has numerous blockbuster hits under his belt and has played a variety of different roles from a chocolatier to a pirate.

If there is one role Depp has not played yet, it is that of a superhero or even any comic character. When Joel Schumacher was still deciding on choosing an actor for the role of Batman after Michael Keaton walked out, Depp was one of his top guys but it was Val Kilmer who stood victorious. Could Depp be a convincing Dark Knight? His face may say no but his acting can very well say otherwise. 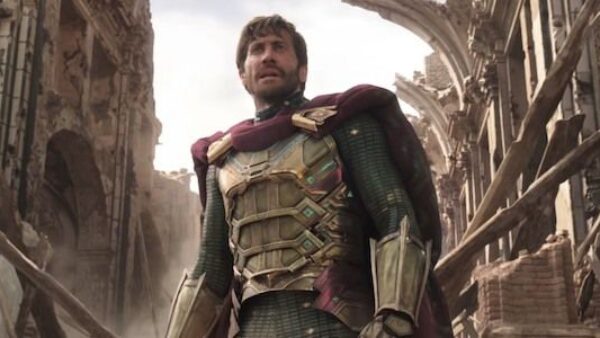 One of the most underrated actors in Hollywood is Jake Gyllenhaal who has all the necessary talent and psychology for big-shot roles but his career has mostly been overshadowed by several low-budget films he has starred in. It is no surprise he became extremely close to portraying the crime-fighting superhero in Christopher Nolan’s Batman Begins; a role he lost to Christian Bale.

On a side note, his sister Maggie Gyllenhaal was able to star in The Dark Knight as Rachel Dawes – the love interest of the very role Gyllenhaal hoped to get his hands on – after Katie Holmes decided not to reprise her role from Batman Begins due to scheduling conflicts with Mad Money opposite to Diane Keaton and Queen Latifah. 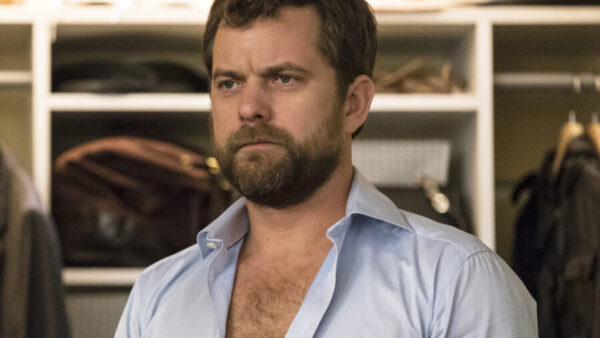 Casting the role of Batman is not as easy as it may seem. It’s a two-way thing as the actor not only has to be the intimating Dark Knight but also a handsome smooth talking Bruce Wayne – the two roles which are not in any way suited to the “Fringe” star Joshua Jackson.

It’s a great surprise that Christopher Nolan even thought about starring Jackson as Batman when he opted to direct Batman Begins back in 2005 but thankfully, the role was given to Christian Bale. While the American-Canadian actor has a small amount of success in television roles, that still does not make him capable enough for the challenging role of Batman. The Baldwin Brothers are a unique group of actors who share quite an amount of history in theatre, television, and movies. Among the four brothers, it was the second youngest brother William Baldwin who almost had the chance to play the Caped Crusader in Joel Schumacher’s Batman Forever in 1995; a role that fit him flawlessly.

When Warner Bros. decided to eradicate the dark themes for their next Batman flick as shown in Batman and Batman Forever, director Tim Burton backed out of the project and Michael Keaton soon followed the same steps.

The fate of the series then rested in the hands of new director Schumacher who almost cast Baldwin for the main role but opted for Val Kilmer instead. On an interesting note, Baldwin voiced Batman fifteen years later in the animated movie Justice League: Crisis on Two Earths – a loose adaption of the comic book JLA: Earth 2. Hollywood is home to one of the greatest comedic actors in the world and Bill Murray has earned his deserving place in it. His success as seen in Groundhog Day and Ghostbusters established him as one of the actors who are natural when it comes to entertainment. However, Murray completely lacks the essence of Batman as an intimidating character, and things probably would not have worked out.

Back when Tim Burton had not finalized the casting of the main character for his 1989 Batman film, Murray was one of his top choices for the role that ultimately went to Michael Keaton. While fans expressed their outrage for the casting due to the comedic past similar to Murray, Keaton not only proved everyone wrong by becoming a perfect Batman but also returned for its sequel three years later. 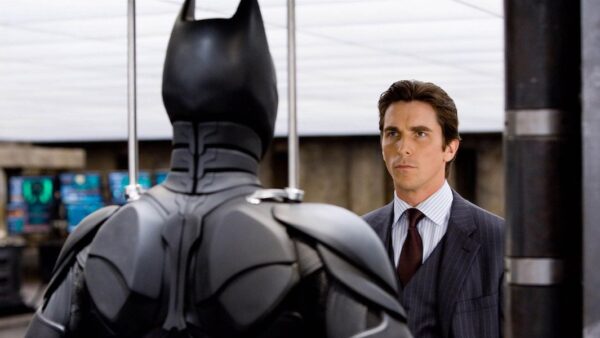 The final entry of the article might be unexpected or even a slight shock for the readers since the Academy Award-winning actor Christian Bale has portrayed the Dark Knight more than any other actor on the silver screen – a total of three times in Christopher Nolan’s The Dark Knight Trilogy.

The actual reason he is even on this list is because of the unfamiliar fact that Bale almost had two opportunities to portray the superhero much before the release of Batman Begins. Back in 2000, Warner Bros. was interested in a film adaptation of Frank Miller’s Batman: Year One with Darren Aronofsky as the director, and Bale was cast for the lead role but their plans were soon dismissed.

Three years later, Bale was again chosen to play the superhero for the studio’s Batman vs. Super-Man film but suffered the same fate. Bale would finally get a chance as Batman when director Christopher Nolan took matters into his own hands and the rest is history