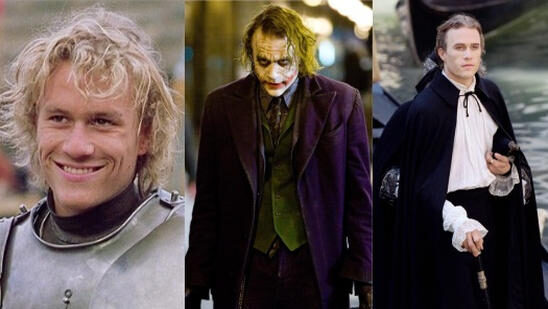 “Why so serious? … Let’s put a smile on that face.” – Joker, ‘The Dark Knight’. The actor who gave us these spine-chilling lines in a stunning scene had been one of the most committed and brilliant actors the film industry has ever seen. Heath Ledger’s untimely demise undoubtedly shocked the film fraternity and movie lovers all over the globe. He was an enigma in his own way who left behind a legacy so amazing that all villains are still measured to the bar he set with his role as the Joker. Let’s have a look at the best Heath Ledger movies of all time that made him a true legend: 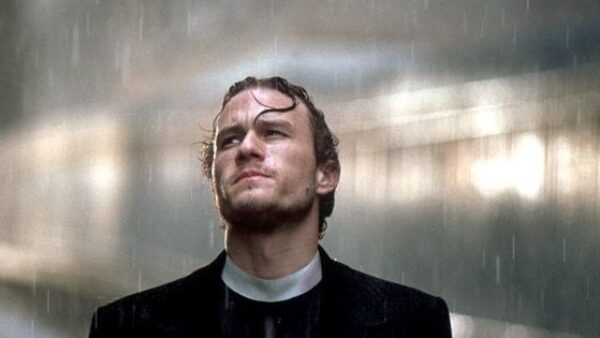 This movie narrates the investigations of an excommunicated priest’s suspicious death and the discovery of a Sin-Eater that has headquartered in Rome. The movie introduces different storylines that eventually tie together.

Not well received by the critics, this movie opened at #6 in the Box Office rating and grossed $4,438,899 on its opening weekend. Ledger gave a remarkable performance and delivered exhibited outstanding acting skills. 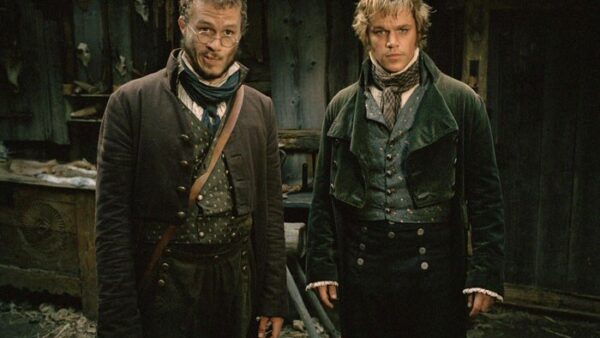 A fictitious and exaggerated portrayal of the Brothers Grimm, set in the 19th century. The brothers travel to French-occupied Germany and eventually encounter a fairy tale curse that needs real courage to tackle rather than the typical bogus exorcisms they use to con people.

This movie received mixed reviews from critics and grossed $105.3 million at the box office. This movie clearly belonged to Ledger who gave one of his most memorable performances which showcased a different side of talent, indicating he indeed is a diverse actor. 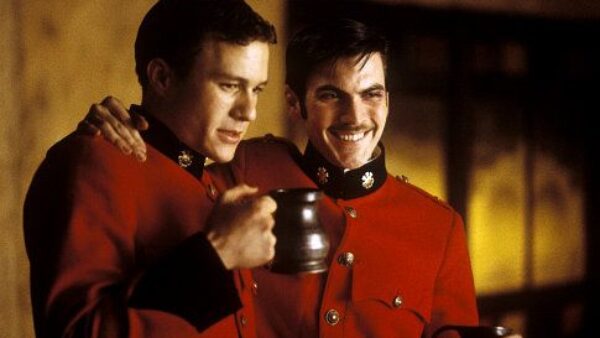 Set in 1875, this war drama movie follows an officer who hands in his resignation after discovering his regiment’s plans of shipping to Sudan for the conflict with Mahdi. His fiancée and friends mail him four white feathers that symbolize cowardice. In order to redeem his honor, he tries to save the lives of the same people who called him a coward by disguising himself as an Arab.

This movie is among the long line of adaptions of A.E.W Mason’s novel ‘The Four Feathers’ published in 1902. It grossed $6,668,857,879 on its opening weekend at the Box office and made $29.8 million worldwide. Ledger truly showed his acting caliber and justified his selection over Jude Law. 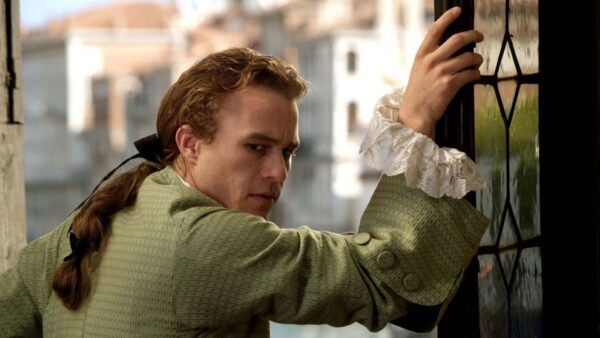 This movie narrates the story of a handsome young man who has a reputation for seducing women, regardless of their marital status. He eventually meets a beautiful woman who is indifferent toward his charms. Intrigued, he continues to pursue her but soon discovers he is falling for her.

An underrated movie that failed to do well at the box office, it showcases an amazing performance by the entire cast. Ledger made a convincing and witty Casanova. 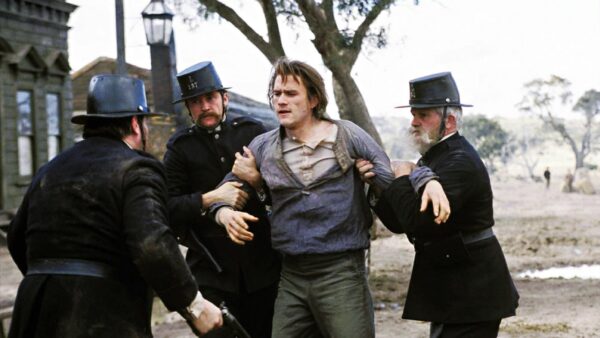 This historical drama is based on ‘Our Sunshine’, a novel published in 1991 by Robert Drewe. This movie dramatizes the life of Ned Kelly, who was a legendary outlaw and bushranger. The story is set in 19th-century Australia, where Ned Kelly flees with his brother and two other cohorts.

The movie grossed $6,585,516 worldwide and generated appreciation for the cast’s performance, especially Ledger. His outstanding and realistic portrayal of Ned Kelly earned him several award nominations, including the AFI award for Best Actor in a Leading Role and the FCCA award for Best Actor – Male. 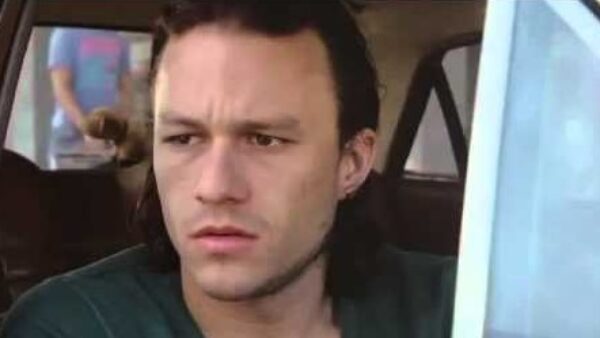 This romantic drama movie is an adaptation of the novel ‘Candy: A Novel of Love and Addiction’ by Luke Davies. The story follows a poet who falls for an art student who gravitates to his love of heroin and his bohemian lifestyle. Completely hooked on each other as much as on the drug, their relationship alternates between states of despair, self-destruction, and oblivion.

This is another underrated movie that exhibits brilliant performances by the leads. The chemistry between Ledger and Cornish is beautiful and even unnerving and frightening at times. Both of them gave a splendid performances making this movie a must-watch. Ledger received award nominations for this role, including the IF award for Best Actor and FCCA award for Best Actor in a Lead Role. He won the Best Actor Award in the Valenciennes International Festival of Action and Adventure Films Awards. 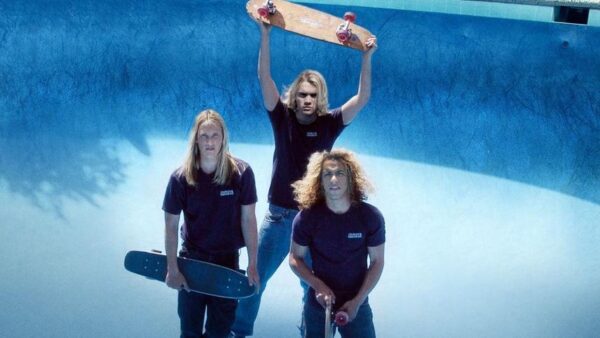 This biographical drama movie is set in the early 1970 and is based on true events. Drought in Southern California results in people emptying their swimming pools and a group of surfers from Dogtown move in with their skateboards, this results in the formation of a new sport. Their pool surfing leads to fortune fame, and some misfortune as well.

Ledger played the role of the group’s manager and guru. His performance earned him a nomination for the Teen Choice Award for Choice Movie Actor: Action Adventure/Thriller. 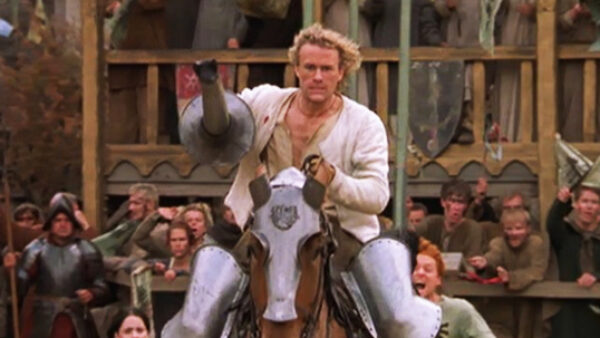 This movie is about a peasant who poses as a knight to compete in tournaments. He wins accolades and acquires friendships with historical figures. All this to change his stars and win the heart of a fair maiden.

This movie was a modest success at the box office and grossed $117,487,473. Ledger truly proved himself as an outstanding actor in this memorable role. He was nominated for Teen Choice Award for Film – Choice Actor category. 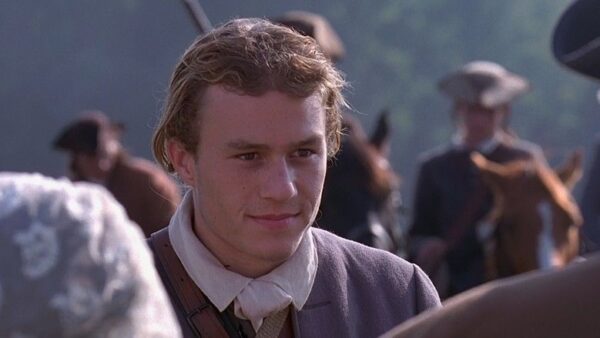 This epic historical war movie takes place in rural Berkeley County, South Carolina, and narrates the story of an American Colonist. He is swept into the American Revolutionary war after his family is threatened. This fictional figure has been based on four real-life figures from the war – Thomas Sumter, Daniel Morgan, Francis Marion, and Andrew Pickens.

This movie opened #2 domestically on the opening weekend, grossing $22,413,710. It was a success overseas generating $215,294,342. Ledger managed to make his mark even with Gibson’s strong presence. He won the Blockbuster Entertainment Award for Favorite Male – Newcomer. 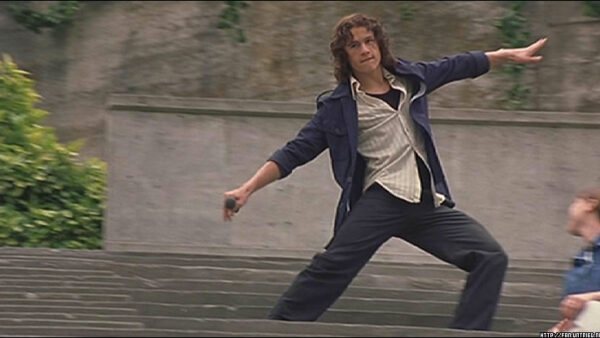 This adorable romantic comedy is a favorite of many. This movie is the modernization of ‘The Taming of Shrew’ William Shakespeare’s 16th-century comedy, retold in a high school setting. Cameron has fallen for Bianca but she isn’t allowed to start dating till her ill-tempered elder sister, Kat starts to date.

This movie opened at #2 at the domestic box office behind The Matrix and grossed US$8,330,681 in its opening weekend. This was a major breakthrough for Gordon-Levitt, Ledger, and Stiles, all of them were nominated for a series of awards for their performances. Ledger and Stiles had amazing chemistry and showcased stand-out performances. 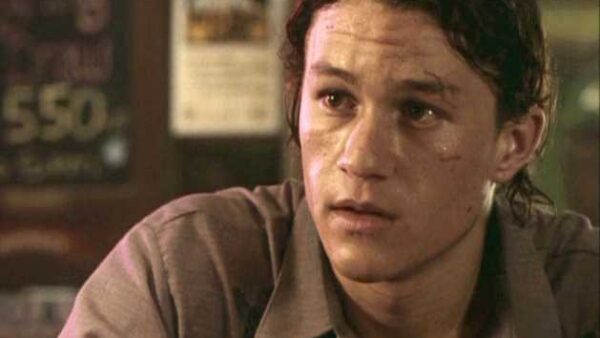 This movie is about a teenage strip club promoter who is barely scraping by until he is offered a shot by a local crime lord to work for him. He jumps at the chance to deliver a costly package but ends up indebted to the dangerous gangster after the package is robbed from him. He must come up with a scheme to save himself and his love from a brutal end.

This movie was a moderate success and grossed $5,478,485 at the Australian box office. Ledger was excellent in the lead with the right amount of savviness and innocence. He earned a number of nominations, including the AFI award for Best Performance by an Actor in a Leading Role and the FCCA award for Best Actor – Male. 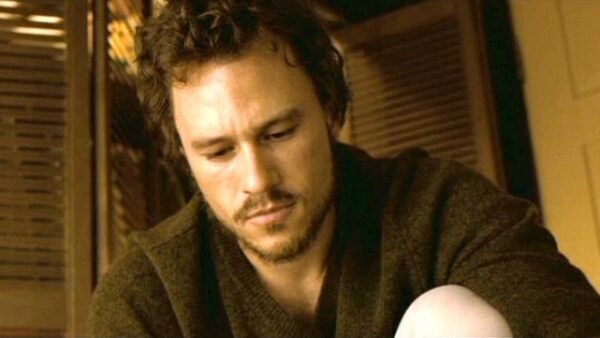 This biographical musical drama movie is inspired by the life and music of singer-songwriter Bob Dylan. Dylan’s character was portrayed by six different actors in different facets of his life.

This movie was a success and the entire cast was appreciated for their roles. The most impressive performance of all was by Bale and Ledger. The movie and the actors earned a series of nominations, including an Oscar nomination. 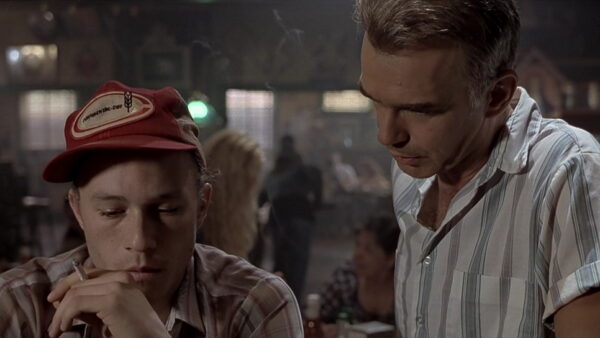 This American drama movie narrates the story of a widowed correction officer, his father, and his son, who all work as executioners in state prisons. He falls for a woman who he doesn’t realize is a widow of a man he himself executed.

Another one of Ledger’s memorable performances. Even though he made a relatively short appearance in the movie, his appearance was intense making him stand out. 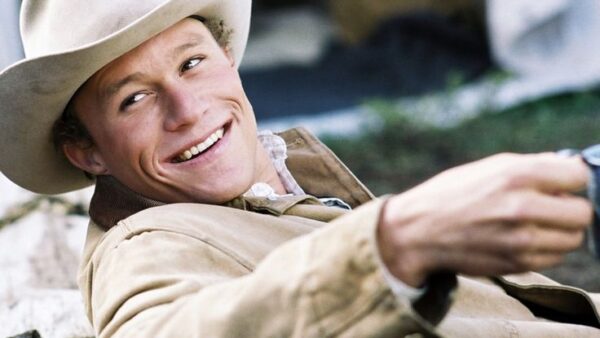 This neo-western romantic drama movie is adapted from a short story of the same name published in 1997 by Annie Proulx. It depicts the complex sexual and emotional relationship between Jack Twist and Ennis Del Mar from 1963 to 1983 in the American West.

This movie was a commercial success and received critical acclaim. It was nominated for eight Academy Awards, winning three. The movie won a number of other awards and nominations. 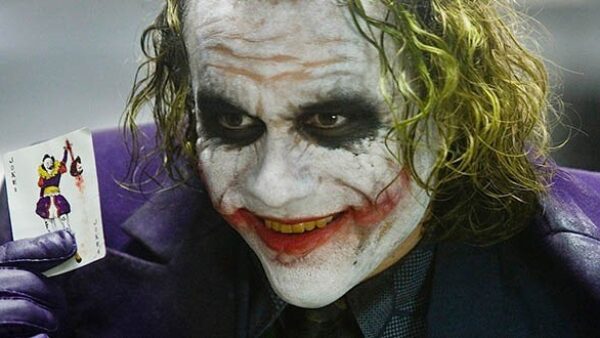 “Whatever doesn’t kill you, simply makes you… stranger.” – The Joker.

This pretty much sums up the joker in one line. The movie that gave us one of the best villains of all time, thanks to Ledger. This movie broke numerous records and received highly positive reviews. It was labeled as the best movie of 2008. It generated more than $1 billion worldwide. It is the fourth movie in history to earn more than $1 billion.

This movie is a sequel to Batman Begins and is the second installment in Nolan’s The Dark Knight Trilogy. The final movie, The Dark Knight Rises was released in 2012. This movie came out six months after Ledger’s death, making it his last movie.

Gone too soon, Heath Ledger proved himself as an outstanding actor at a young age. Something numerous actors struggle to do so early in their careers. With various memorable roles under his belt, his portrayal of the Joker is indeed the most mesmerizing and breathtaking one. He started off from the place where other Jokers left off – the sheer fun of insanity, psychotic freak, and sadism. His portrayal of the Joker left no doubt about the fact that he was the most audacious actor of this generation.

Did we miss any of the best Heath Ledger movies of all time? Let us know in the comments below!