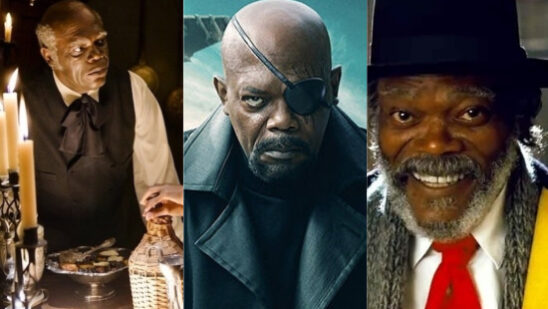 With more than a staggering 162 onscreen appearances, Samuel L. Jackson has managed to carve out a distinct niche as a badass untouchable guy with captivating humor about him. Most of Jackson’s spell-bounding works have come out from collaborating with Quentin Tarantino. Who doesn’t remember the furious anger and vengeance of one of his most iconic roles in Pulp Fiction? He has indeed proven himself as a versatile actor, delivering effortless charisma and badassery to every role. Here are the 15 best Samuel L Jackson movies of all time: 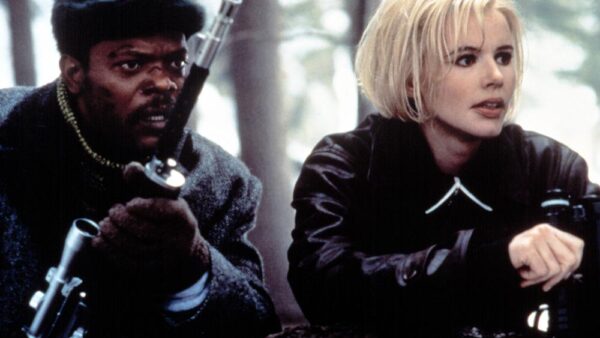 This action-packed comic-book thriller definitely has many kick-ass moments. Jackson and Davis make a great team. Samuel L.  Jackson does a tremendous job playing a blues-singing private eye who investigates the past of a government assassin when she wakes up from years of amnesia.

For his cool and humorous depiction of a private investigator, Jackson earned various award nominations including a nomination for an Image Award for Outstanding Lead Actor in a Motion Picture. This movie grossed $33,447,612 in Canada and the United States and $56,009,149 internationally, making a worldwide total gross of $89,456,761. 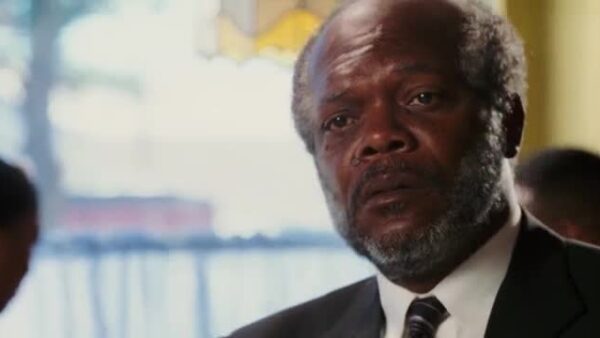 This movie is about a man who saves a beaten woman’s life and then decides to chain her up to a radiator to cure her nymphomania! It is a completely insane and intriguing borderline exploitation movie that not many screen stars would take a risk to take part in.

However, Jackson gave a convincing and daring performance for which he generated a lot of appreciation. On its opening weekend, this movie earned $4 million in the United States alone, taking eighth place. 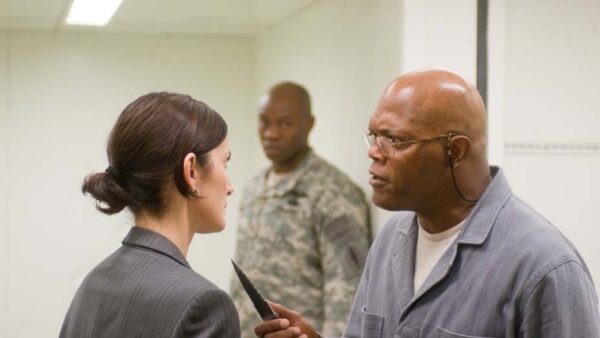 This is an underrated movie and many people have probably never heard about it. This movie stirs up intriguing questions regarding the justifiable lengths a country should go in the time-sensitive terrorist setting. Due to the lack of daring of Hollywood, this movie never got the opportunity to open in theaters and instead made its way on home video.

The performance of all the actors is dead-on. Jackson gives out an intense and impressive performance, possibly one of the best in all his movies. His depiction of a man capable of inhuman torture while at the same time being a devoted family man is flawless and unquestionable. 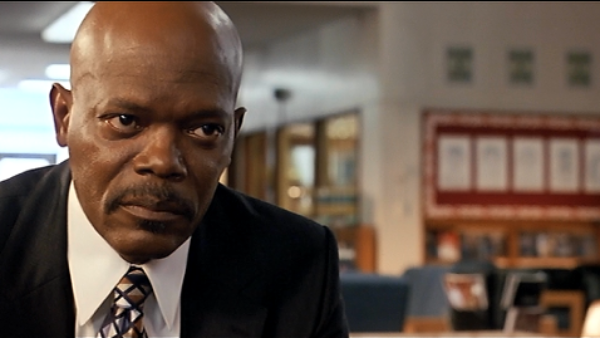 This is one of the biggest Jackson crowd-pleaser movies. This sports movie is a true biopic about an inspirational and hard-working basketball coach who plays a vital role in changing the lives of his students both off and on the basketball court. Casting Jackson as a tough but kind coach in this straightforward movie completely raised the stakes.

This movie grossed $67,264,877 in the United States alone and generated a worldwide overall gross of $76,669,806. Jackson’s brilliant performance earned him various awards and nominations. He won the Black Steel award for Best Actor and an Image Award for Outstanding Actor in a Motion Picture. 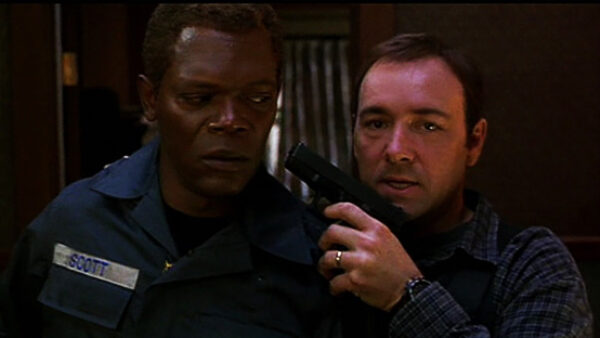 In this mystery thriller, Jackson plays a badass police negotiator which is framed for murder. He ends up taking hostages and gets into a tense standoff with another negotiator who starts realizing he might be innocent.

Jacksons gives an outstanding performance playing the role of a cop who has nothing to lose. This performance earned him a number of award nominations including the Black Film Award for Best Actor and Blockbuster Entertainment Award for Favorite Actor – Action/Adventure. 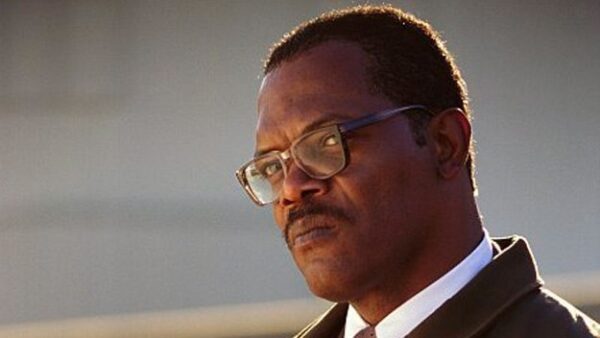 This thriller is the story narrating an intense day between a recovering alcoholic and a privileged lawyer after they get involved in a fender bender. Jackson represents the racial and social inequality happening in society.

He masterfully harnessed the anger and anxiety of the recovering alcoholic who is about to lose custody of his kids by delivering enraged outbursts and simmering monologues.

Jackson again proved how skillfully badass he is and can exhibit the angst and sorrows of an individual exceptionally well which helps him in earning the empathy of the viewers for the character. Critics praised his performance in the movie. This movie was also a box office success, grossing a total of $95 million. 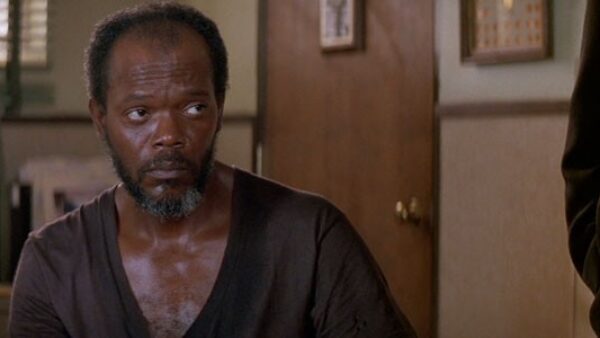 This movie has been adapted from a novel of the same name by John Grisham and narrates the story of a father who is on trial for murdering white racists who assaulted and raped his young daughter and left her to die.

This is one of the best performances by Jackson and he clearly stands out from the ensemble cast. He lends a wounded glowering conviction to this movie’s controversial pro-vigilante message.

This movie was a commercial and critical success, earning a total gross of $152 million at the box office worldwide. The incredible performance of Jackson was much praised and he earned a Golden Globe nomination for Best Performance by an Actor in a Supporting Role in a Motion Picture. 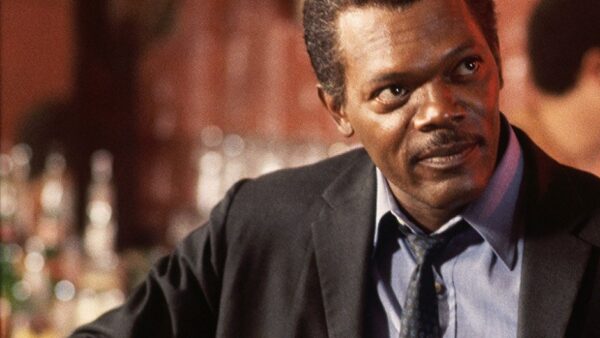 This movie is about a doctor who is the patriarch of a Louisiana family and has immense respect from the community. However, he is also a serial philander and also might have molested his own daughter.

This was the debut movie of Kasi Lemmons and was much appreciated at the time of its release. Even decades later, this movie is not only moving but can be considered revolutionary.

It was definitely Jackson’s movie because of his splendid performance. He drastically added to the sad, scary, and mysterious element of the movie. He won the Black Film Award for Best Actor for his incredible performance. 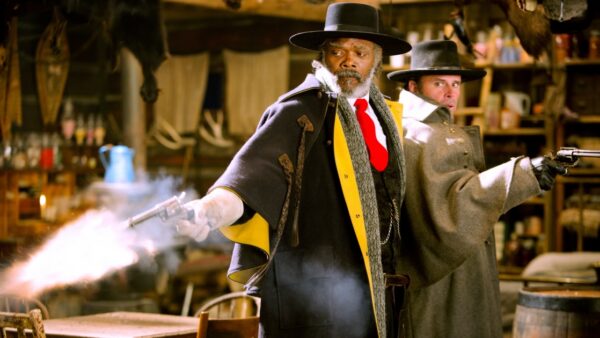 This mystery crime movie, directed by Quentin Tarantino is about a bounty hunter who meets a group of strangers when taking refuge from a blizzard in a lodge. Jackson has some of the best monologues of the movie and incredibly flaunts each and every syllable. It is a fact that Jackson and Tarantino’s collaboration brings out the most outstanding results.

With excellent performances from the rest of the cast as well, this movie generated a fair share of positive acclaim. In Canada and the United States alone, this movie grossed $54.1 million and in other countries, around $101.6 million. It had a worldwide gross of $155.7 million. 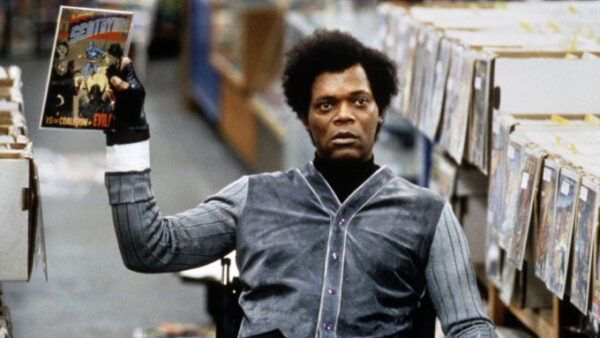 Jackson brought depth to a paranormal goofy foundation in a sci-fi suspense thriller. He teamed up with Bruce Willis again and proved that they make an incredible team. Action movies are indeed mostly as good as their villains. Jackson did his character of a crippled comic book addict full justice.

He spread terror in the hopes of finding his perfect superhero soul mate! Even years later, people still debate over the final twist of the movie but everyone agrees about the poignancy Jackson exhibited at the moment.

This movie was a commercial success and established a cult following. It grossed over $30.3 million in the United States on its opening weekend. It earned $95 million domestically and $153.1 million internationally. 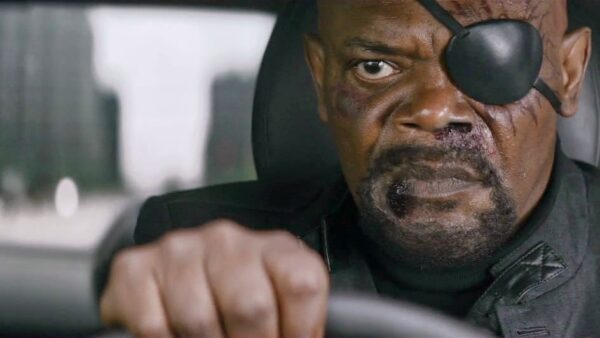 “You think you are the only superhero in the world?”

With these words in Iron man’s post-credit scene, Jackson introduced one of the most popular roles he has played.

Nick Fury, a S.H.I.E.L.D. agent helps in assembling a team of superheroes – The Avengers!

In this movie, Jackson has a stronger presence and proves that he is a perfect Nick Fury – with a sarcastic sense of humor, stripped-down coolness, and of course rocking the eye patch.

Even the comic book Fury once suggested that Jackson should be the one to play him in the movie version of him! For an agent who works mostly in the shadows, Jackson’s version of Fury became rather popular simply because of his outstanding portrayal.

This movie was a commercial and critical success and earned more than $714 million worldwide and was ranked as the seventh highest-grossing movie in 2014. 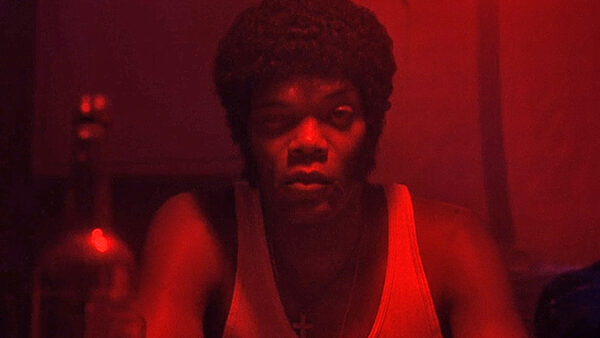 There are numerous movies that got a better screen time from Jackson’s amazing skill of portraying glowering characters and this movie is one of them. However, his role in this movie is arguably the most memorable one of his early appearances.

Jackson is ferocious as Tat. This movie established him as an amazing actor at a time when he was yet to be considered a star. This movie received mixed reviews from the critics but still did well at the box office. It grossed around $27,900,000 in the United States box office alone. 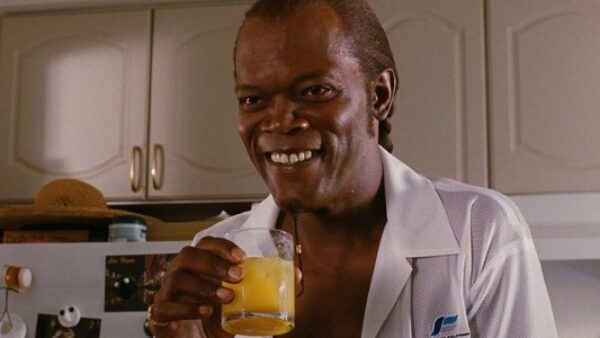 It is a fact that Tarantino mostly writes overblown characters for Jackson; however, he has never portrayed a more authentically diabolical character than he did in this movie. His portrayal of the cold-blooded drug dealer, with a plaited goatee and a ponytail, is terrifyingly flawless!

His outstanding performance in this movie earned him applause from not only the audience but the critics as well. Jackson received another Golden Globe nomination for Best Performance by an Actor in a Motion Picture – Comedy or Musical, along with numerous other nominations.

He won a couple of awards for his role as well, including Silver Berlin Bear Award for Best Actor. This movie grossed more than $9.2 million on its opening weekend and earned a total of $74.7 million worldwide. 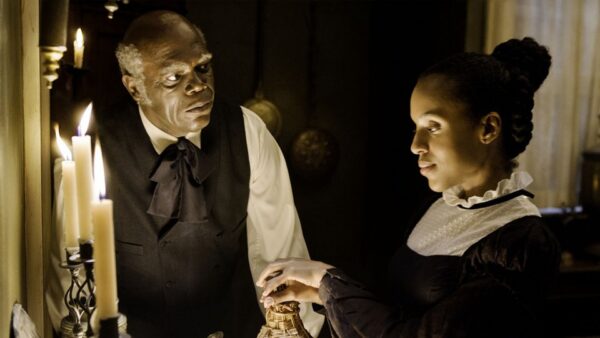 Jackson and Tarantino continued their successful collaboration with this movie by tackling the topic of slavery. It revolves around the story of a slave who has an unorthodox partnership with a bounty hunter.

This is one of the most successful films by Tarantino which also grandly showcased the acting range of Jackson. His role as a Machiavellian manservant to a slave owner is remarkable.

This movie was a commercial and critical success, generating more than $425 million worldwide and earning numerous award nominations including five Oscar nominations, of which it won two Oscars. 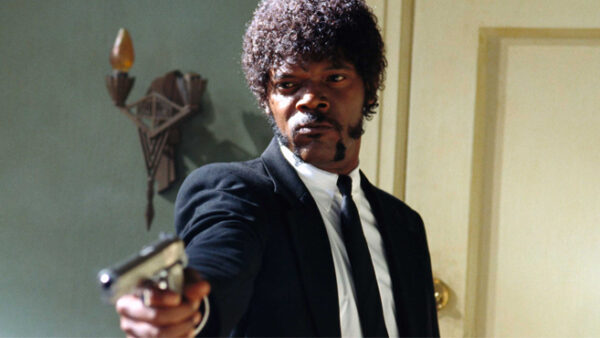 This custom-written role of a Bible-quoting hitman who successfully conquers homicidal desires with religion took Jackson’s career to a completely new level. This is without a doubt Jackson’s most outstanding and memorable movie of all time.

This movie was a commercial and critical success, grossing $107.93 million at the United States box office alone and $213 million worldwide. It was the first indie movie to surpass $100 million.

It also appeared in the critic’s list of the greatest films ever made. In 2013, the Library of Congress selected this movie for preservation in the United States National Film Registry as:

Apart from these 15 movies, we believe that the following three movies deserve an honorary mention for Jackson’s incredible performance:

Comment below and let us know your thoughts about our list of the best Samuel L Jackson movies of all time. Which one is your favorite Jackson movie?