20 Best Disaster Movies Of All Time From time to time, disaster movies have shown their monetary potential by rocking the box office. They are also one of the most popular themes for directors to make movies on. That is probably because of the vastness of nature, and how little control man has over it. If there is anything we can be certain about Mother Nature, it is that it is extremely uncertain.  The prospect of being in the middle of a disaster is extremely terrifying, which makes it an appealing movie theme for the masses. Here today we have compiled a list of 20 of the best disaster movies of all time that you should definitely watch before getting in some disaster yourself: 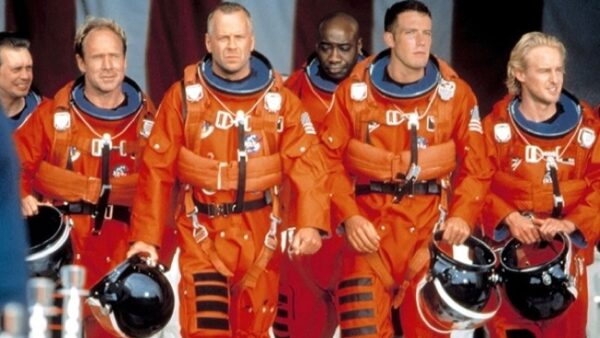 The fate of the world hangs in the balance as an asteroid the size of Texas is heading for Earth. It’s a global disaster and if something isn’t done soon enough, the human race will cease to exist. It is decided that a hole must be drilled in the asteroid and it must be nuked from the inside to shatter it into millions of smaller pieces to avert a certain disaster.

A group of oil rig drillers is called to do the job and save the Earth before the asteroid destroys every last living being on the planet. 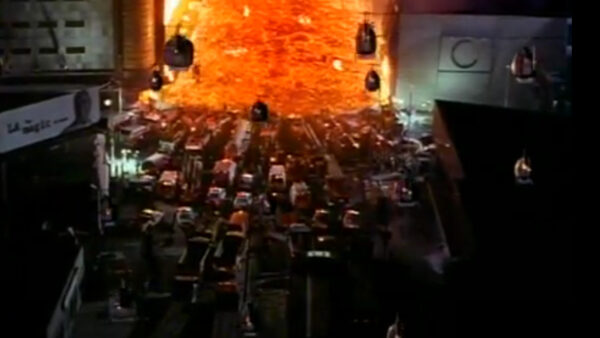 Los Angeles is in trouble as an underground volcano has started to erupt. Volcano is a big-budget movie that has a lot of visual effects to offer you than most of the other disaster movies released in the same year like Dante’s Peak etc, but it doesn’t have an engaging plot to offer.

The storyline is pretty basic and quite unrealistic: an unknown volcano had been growing under the streets of L.A. and when it blows, a crisis management director must take matters into his own hands to save his daughter and the rest of the city. 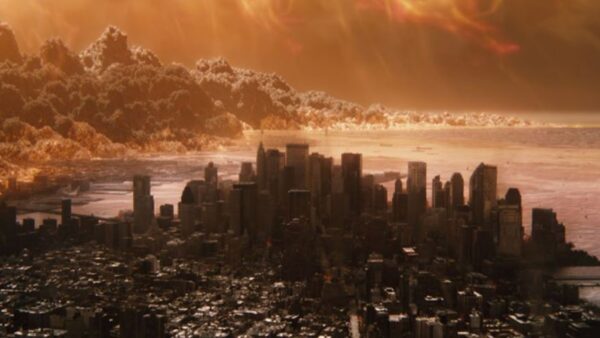 In 1959, a girl wrote down some numbers and buried them in a time capsule. 50 years later the capsule is dug out again and the numbers find their way to an astrophysicist. When he pays some attention to the figures, he realizes that the numbers contain the date of each major disaster caused in the previous years and the exact number of deaths caused by them.

What can he do to prevent the upcoming disasters and what will happen when the numbers run out? It is one of those disaster films that don’t seem promising at first but satisfy you by their endings alone. 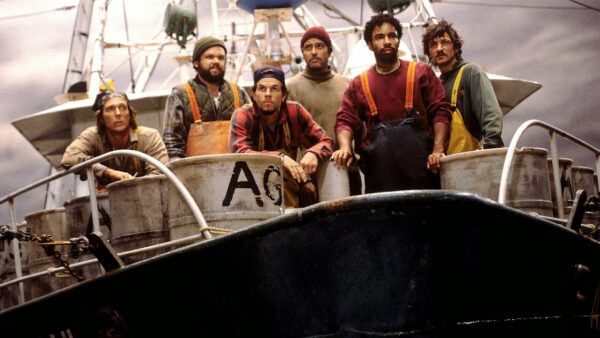 When a crew returns from the sea from what appears to be a long journey with little success, the crew leader decides to go back one last time before the weather gets cold and make some money. Unfortunately, he forgets to check the weather, and the crew leaves without making a precautionary check. Weather experts confirm that two storms are about to collide somewhere in the sea, and the boat is headed straight for them.

Now the crew has to make a choice, to go back and spoil their catch or go through the storm and make it with the season’s earnings. 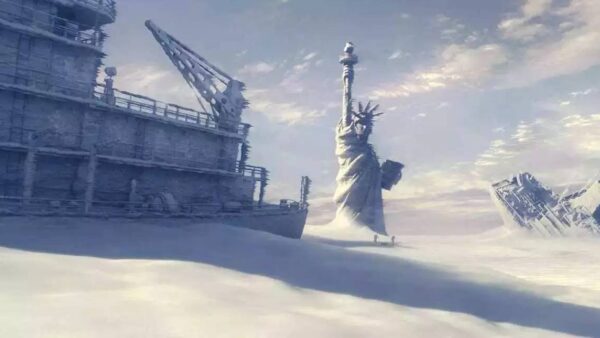 We have been taught since elementary school that global warming is a major hazard, but we never envisioned it like this. A Palaeoclimatologist warns the United States government that global warming could cause another ice age, but they just won’t listen to him.

To prove him right, the ice age does happen, but it happens so fast that his own son (played by Jake Gyllenhaal) gets trapped in the New York public library and with no help in sight, only his father can rescue him. One of the most common modern fears is the fear of a nuclear holocaust. Based on Tom Clancy’s novel of the same name, the movie revolves around a thermonuclear attack on US soil in Baltimore, and the Americans are quick to blame the Russians for it.

Now a CIA agent must investigate the matter, and quickly too, for his knowledge about the situation is all that’s going to stand between the USA and a bomb going back to Russian soil which will trigger World War 3. 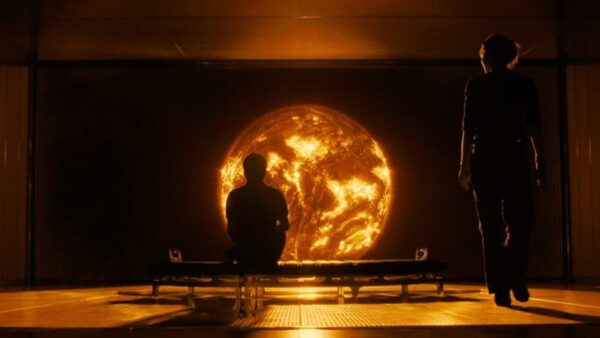 The movie is set in 2057 when the sun of our solar system is dying and the system is getting dark. A spaceship Icarus II is sent to deliver a thermonuclear payload to the sun to bring it back to normal condition. On its way, Icarus II picks up a distress signal from Icarus I, a spaceship that was lost in a mission several years earlier.

Although Icarus I doesn’t seem to have anybody alive in it, as the causes of its failure are revealed, the crew of Icarus II faces similar issues as everyone else who attempts to get too close to the sun. 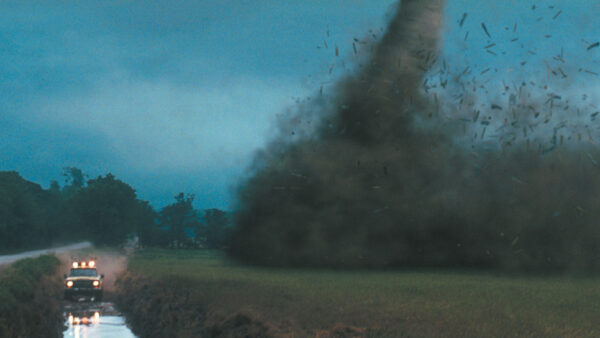 Destruction, special effects, and massive tornadoes; that’s what this disaster movie is all about. If you are looking for something with real depth and emotion, this is not the thing for you.

A couple on the verge of divorce gets together for one last time for an adventure of a lifetime: into the midst of violent tornadoes. Twister delivers its promise of a lot of eye-catching special effects but fails to deliver an engaging plot. 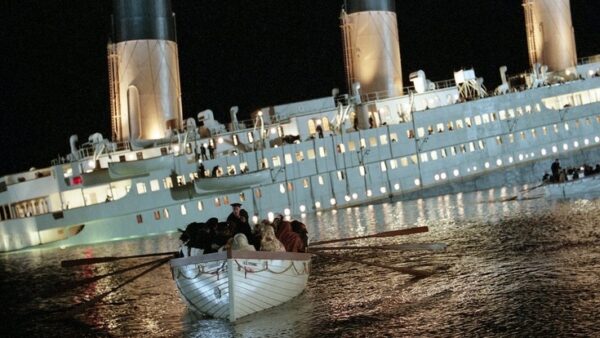 Titanic is without a doubt one of the most phenomenal movies ever made. It is a brilliant mix of disaster, romance, and outstanding cinematography.

Although the plot does tend to be a bit melodramatic (a kind of classical Romeo and Juliet story) with a run time of over 3 hours, the movie still keeps its audience engaged thanks to the eye-catching sequences of the real-life disaster that tore the mighty ship Titanic apart and killed 1,500 out of its 2,200 voyagers. A rich and immersive story on the backdrop of Hurricane Katrina which won many awards around the world. The plot revolves around a father and a daughter living on the already crisis-struck island of “Bathtub”.

When the hurricane strikes, it only makes things worse for them and many of the Bathtubs residents start fleeing the area. Now the sick father and the fragile child must survive the Hurricane together. 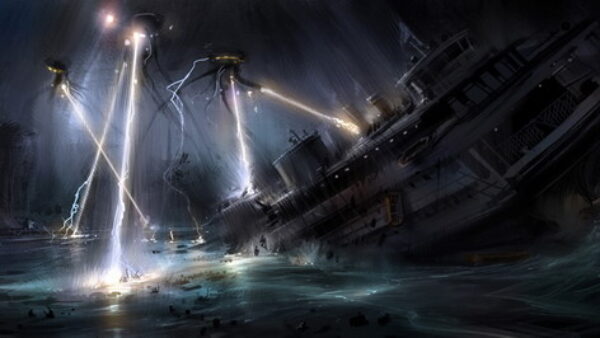 An incompetent father Ray (played by Tom Cruise) is left with his two kids for the weekend while their mother visits her parents. In the meanwhile, strange weather conditions start to appear and giant tripods emerge from the ground, killing everything within sight.

It’s an alien invasion, or human extermination would suit it better, considering that we don’t stand a chance anymore. Now Ray must survive and bring his children, who don’t even respect him enough to call him dad, back to their mother. 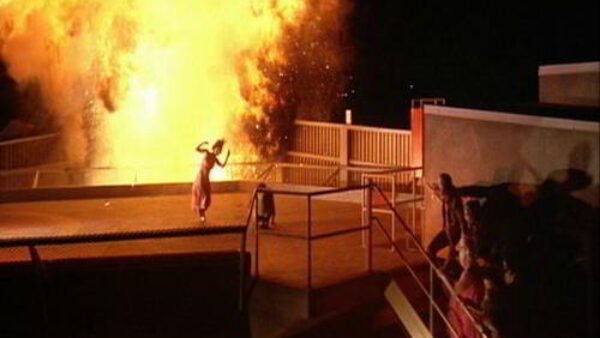 Although the movie seemed much like a Hollywood fantasy back in the days it was released, most of today’s viewers can connect to the movie better by considering the events of 9/11. Just imagining the event and watching the movie is an adequate horror experience.

The plot revolves around a newly constructed office building that was poorly engineered and catches fire on the night of its opening party. All the people present in the building are now trapped and must make it out of the burning tower before they are turned into fried steaks. 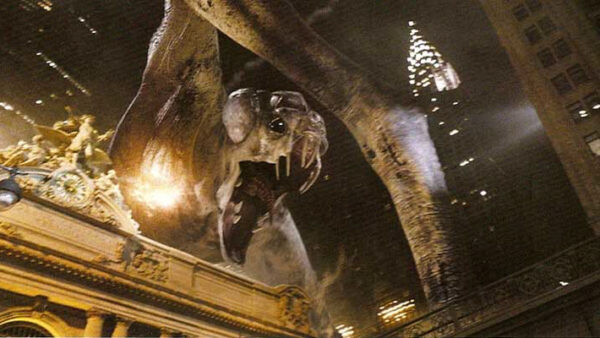 The found-footage concept was popularized by the Blair Witch Project, after which many similar movies were made but none was quite successful. Cloverfield is one of those found-footage disaster movies that made it really big.

A monster of unknown origin attacks New York City. A few friends who try to investigate are trapped as parts of buildings come flying down. Now they must make it out of the place alive and save one of their trapped friends in the process. 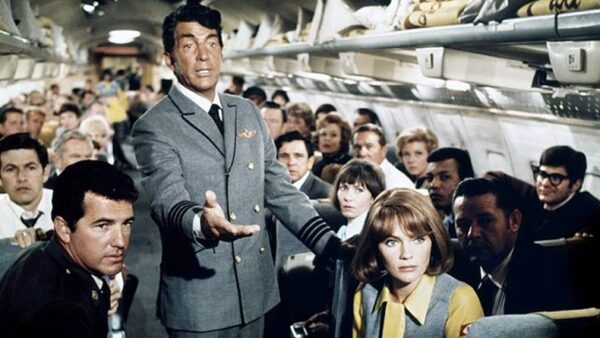 Airport is one of the most financially successful disaster movies ever made, it is still among the top favorites of fans of the genre. It’s the story of an Airport manager who is trying hard to keep the airport open during a storm, meanwhile a bomber plans on taking out a Boeing 707 while in flight.

The movie was beautifully scripted and well delivered with top-notch special effects for the time being. Apart from a sometimes over-acted performance by some actors, the movie delivers the quality time it promises. The aliens visit the earth, and as Stephen Hawking predicted, not with a friendly intention. Flying saucers appear over all major cities and speculation starts on what is the purpose of this alien visit. Meanwhile, a computer geek warns the president to act before it’s too late.

Once the aliens start exterminating the human species, it’s up to a pilot (Will Smith) to stop them and save mankind, but not before the president of the United States delivers one of the most admired speeches in a Hollywood movie. 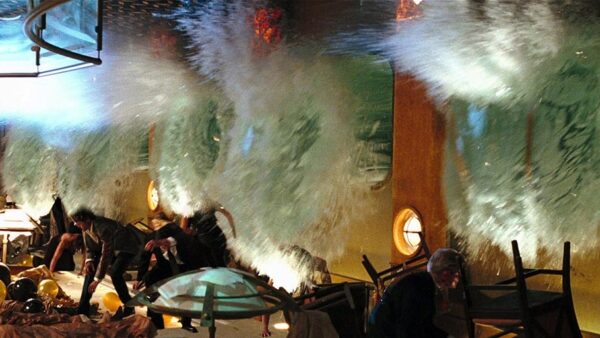 The Poseidon is making its one last voyage before retiring to the scrapyard, but no one could have anticipated such a last journey. As the ship is on its way, a huge tsunami hits the ship due to an underwater earthquake.

It doesn’t take too long for the countermeasures to fail and the ship topples over. Now the remaining crew must survive this sinking ship and make it out alive. 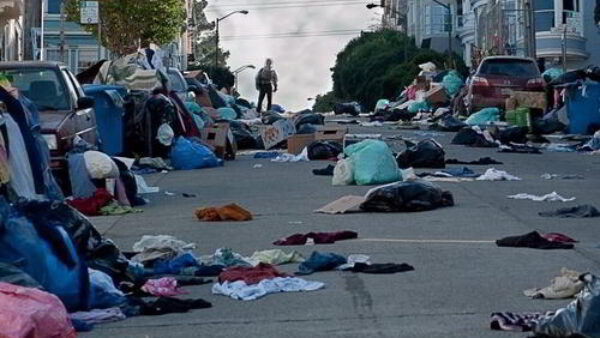 An unknown virus is spreading that can kill people in a startling amount of a short time. Mitch’s wife returns from Hong Kong bearing the disease and dies, and so does his stepson. Mitch is quarantined, but it appears that he is immune to the virus.

As the movie proceeds, we start feeling a desperate sense of helplessness against Mother Nature as society breaks down, people start to loot and mass graves appear on the streets. 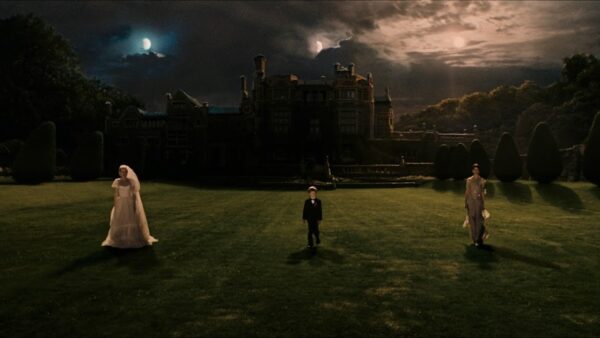 There are many end-of-the-world disaster movies, but none are quite like this. A planet about 10 times the size of earth, was hidden from view behind the sun. Now that it has appeared, its orbit is projected to collide with Earth and an impact that big is sure to be the apocalypse as we know it.

Two sisters who are already in a tough relationship find their situation even more complex as the disastrous events begin to unfold. 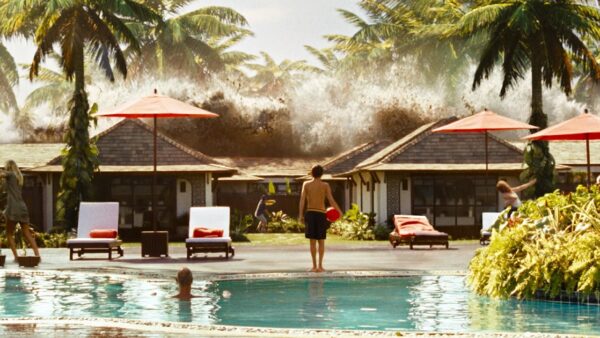 Based on real incidents that occurred to a family after Indonesia’s 2004 tsunami, the movie revolves around a family with three kids vacationing in Thailand. The family was in the pool when the tsunami struck, and the mother and her eldest son were washed away by it, leaving the mother injured. Now they must survive the aftermath of the tsunami, while the father gathers the rest of the children and tries to bring his family back together.

The film offers the most spectacular effects that have ever been shown in a disaster film and feature a tremendously catchy plot that takes you on an emotional ride that can force even the strongest of hearts to cry. Take Shelter is perhaps the most impactful disaster movie yet. It impacts the viewers depending on what aspect they’re focusing on. The story revolves around a man that has apocalyptic hallucinations and decides to protect his family from the upcoming disaster by building a very costly shelter against the will of his family and his community (who consider him to have lost his mind).

The film can either be seen as a drama about the impact of schizophrenia on family life or a political movie about modern American culture. Either way, it’s sure to hit you to the core and go down in your list as one of the finest disaster films to date.

This compilation of the best disaster movies of all time cannot be completed without mentioning these titles too:

What names come to your mind when you think of the best disaster movies ever? Share with us a few names in the comments section below!