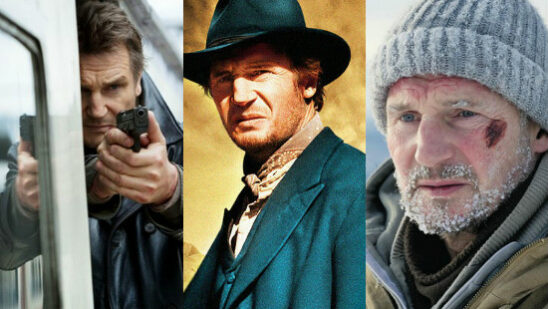 Ranked among 100 Sexiest Stars in Film Industry and The Top 100 Movie Stars of all time, Liam John Neeson needs no introduction. The graceful Irish actor, who has girls drooling over him, gets sexier and better looking as he ages. With his charming demeanor and his ability to play any character flawlessly, Liam Neeson has played many roles to near perfection. In fact, his performance as Ra’s Al Ghul (and many others) is so splendid, we cannot imagine another actor in that role. While many of his movies are worth watching, here are the 17 best Liam Neeson movies of all time:

Director David Von Ancken’s debut features two great stars in a movie set in post-American civil wartime. We all know a vengeful Liam Neeson is a determined and dangerous one. Playing Colonel Carver in this movie, he and his men are hunting a man by the name of Gideon.

Gideon’s character is played by the fine Irish actor, Pierce Brosnan, better recognized as British agent 007. Carver wants to avenge some war crime Gideon committed and chases the cunning, resourceful man across mountains and deserts until their final showdown.

Who wouldn’t love to see the Irish hunk, Liam Neeson, in action? This action thriller directed by Jaume Collet Serra shows Liam Neeson as an air marshal, named Bill Marks, on board a plane where one of the passengers is threatening to detonate the bomb unless a huge amount of money is transferred to an offshore account.

With some popcorn and soda, more than 100 minutes of Liam Neeson’s heroics make this movie a great watch. 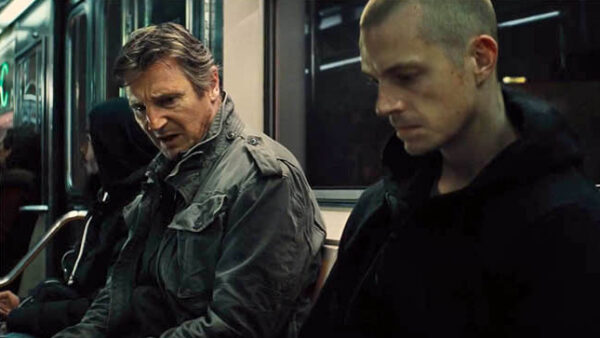 The role of a protector/savior is perhaps best suited to Liam Neeson. In one of his more recent works, he plays a professional hitman, named Jimmy Conlon who has earned the title of ‘Gravedigger’.

Jimmy is best friends with his boss, Sean Maguire (Ed Harris), but he is ready to go up against him and all mobsters when his estranged son Mike’s name pops up on the hit list.

With Liam Neeson in the lead role, running from rogue policemen and his own mob’s hitmen to protect his son and survive the night, Run All Night makes a good crime-action movie. 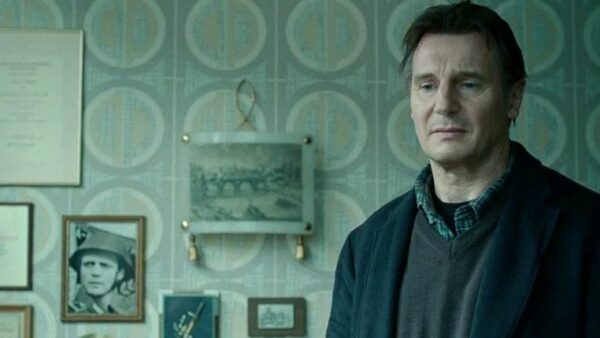 Another venture with Jaume Collet-Serra, starring Liam Neeson as a biochemist named Dr. Martin Harris, Unknown has a surprising plot twist for you. Starring opposite Liam Neeson are two stunning fashion models the American January Jones, as his wife Elizabeth, and the German Diane Kruger, the cab driver, and his aide.

Arriving in Berlin for a biotechnology conference, an accident leaves Martin in a coma for 4 days. On coming back to the real world, he finds his identity gone. With even his wife refusing to recognize him, Dr. Martin sets out to unravel these strange happenings, as hitmen try to kill him. 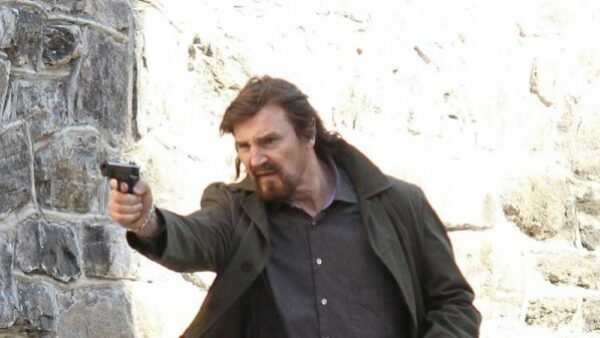 Liam Neeson takes the stage as Matthew Scudder, a retired police officer now working as a private detective. Matthew Scudder is a fictional character from the novels of celebrated author Lawrence Block. This adaption of Lawrence’s novel shows Matthews being approached by a drug dealer whose wife was kidnapped and killed.

As Matthews investigates deeper, he finds that this was not merely revenge, but a routine operation of an evil organization. He takes on to himself to chase and save the young girl who has become their latest target. 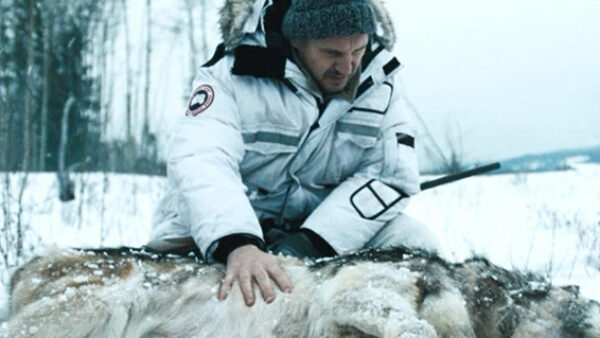 With a formidable height of 6’4 and an imposing personality, Liam Neeson makes a natural leader. In this adventure flick, directed by Joe Carnahan, Ottaway (Liam Neeson) leads a group of survivors across frosty Alaska.

These workers from the Alaskan oil refinery were on their way back home for a vacation when their plane crashed in the wilderness of Alaska. With the pack of ferocious wolves on their tail, injured men in the ranks, and mother nature bent on freezing them, the group must make their way to the safety of civilization. 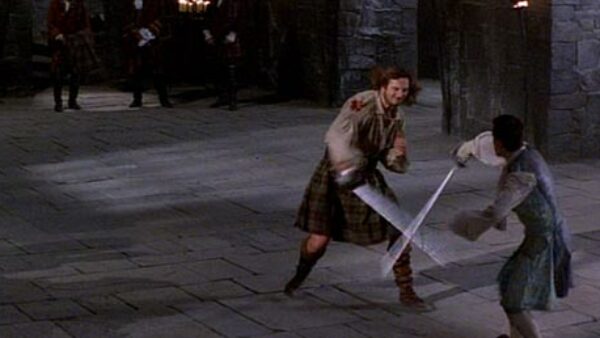 Liam Neeson is not only good with guns and physical combat, but he is also a great swordsman as well! Set in 18th century Scotland, Rob Roy (played by Liam Neeson) is the leader of his clan who borrows money from the local Marquis of Montrose. Before the money reaches Rob, it is stolen by Archibald Cunningham (Tim Roth), a crafty aristocrat and a skilled swordsman. A man of his word, Rob sets out to find the money and the culprit. Rob and Cunningham finally face off in an epic swords battle.

Rob’s wife Mary, who was sexually assaulted by Cunningham, is played by Jessica Lange, an American actress with 2 Oscars, 5 Golden Globes, and a score of other awards to her name. The movie is extremely well written, directed, and shot.

The actors give depth to characters with exemplary performances especially Tim Ruth as the villain, who got nominated for an Oscar. 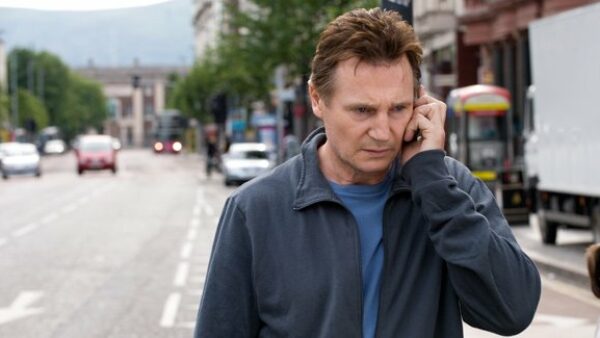 The director Oliver Hirschbiegel and writer Guy Hibbert for this Irish film won the World Cinema award in their respective categories when it was premiered at the 25th Sundance Film Festival in 2009.

This Drama is based in Northern Ireland where a UVF member, Alistair Little (Liam Neeson) kills Joe’s brother in front of him. 25 years later, with the help of media to make peace, Joe (James Nesbitt) and Alistair are to meet on live television. Joe, however, has a different plan for Alistair. 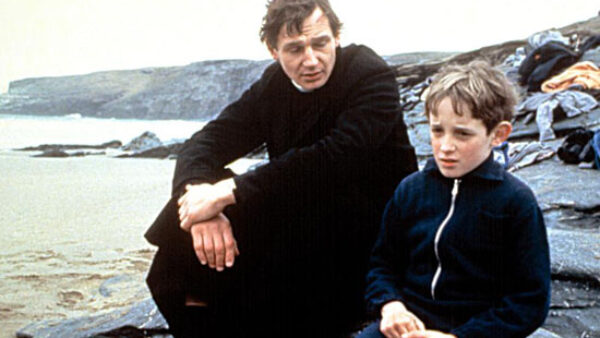 Based on a novel by Bernard MacLaverty, who also wrote the screenplay for the movie, Lamb is about a young boy who failed by society. Liam Neeson stars as Brother Michael in a Catholic institution for troubled children where the sadistic punishments are disguised as ‘discipline’.

Owen is a ten years old child with an aggressive personality who has lost a child’s loving nature because of an abusive mother. Michael develops a liking for Owen and decides to run away from the institution after Owen is unduly punished by the sadistic headmaster Brother Benedict. 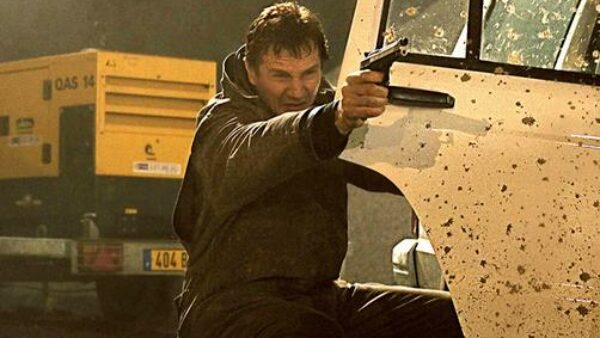 Kidnapping Liam Neeson’s daughter and getting away with it? You would be stupid to try that, even if it’s just in a movie. Highly popular among the youth and used a lot in memes and social media, Liam Neeson’s famous

“I will find you, and I will kill you”

is a dialogue from this movie.

Liam Neeson in the guise of a retired CIA operative goes all out against the Albanian pimps who have kidnapped his daughter, Kim, and her friend while they’re on a trip to Paris. This action-packed thriller, directed by Pierre Morel, is positively reviewed by fans as it features Liam Neeson doing what he does best, kicking bad guys’ butts. 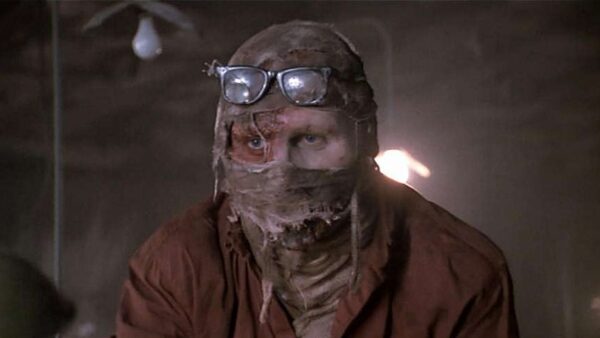 Liam Neeson plays a scientist turned hero who seeks revenge from the people who attacked and left him for dead. Peyton Westlake (Liam Neeson) is a scientist who has developed synthetic skin but only lasts 100 minutes of light exposure.

Attacked by some men for documents, his lab is blown and he is assumed dead. Surviving and now unable to feel pain, Peyton becomes the ‘Darkman’ on a mission to track down each of his attackers.

Written and directed by Sam Raimi, Darkman is an action fantasy flick that grossed over $48 million at the Box Office. 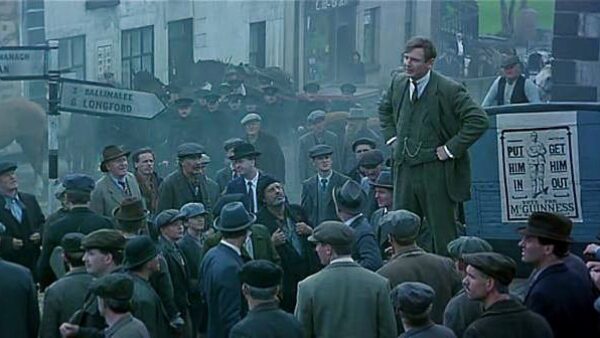 Michael Collins was an Irish politician and a revolutionary who led the Irish people in a guerilla war against UK forces after their forces were heavily defeated. Liam Neeson takes the stage as Michael Collins, who is working for an independent Ireland.

Collins started an organized urban guerilla war, disposing of double agents in their ranks and then turning on UK forces. Forced to come on the table to negotiate, the British invite Collins who comes back with a compromise – a partitioned Ireland and an Irish free state. Back home he is not welcomed.

Even his lifelong friend Harry Boland turns against him when he learns his girlfriend loves Collins. Written and directed by Neil Jordan, this biopic is skillfully shot getting nominated for Oscars in Best Cinematography and Best Music categories. For his outstanding performance, Liam Neeson was nominated for a Golden Globe award. 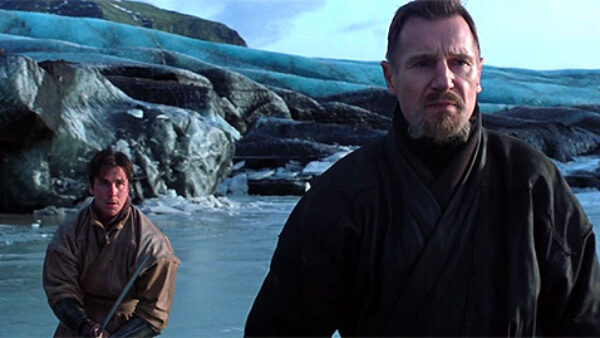 Ranked as #111 on IMDb’s all-time best movies and grossing more than $374 million worldwide, this adventure flick is a story about how young Bruce transforms into a formidable, feared-by-criminals Batman.

Bruce (Christian Bale) is trained by League of Shadows member, Ducard, a character played to perfection by the Irish Liam Neeson. Bruce returns home after refusing to complete the final test of his training and becomes a masked vigilante.

Batman faces his ex-trainer when Ducard leads a League of Shadows mission of destroying Gotham in order to cleanse it of evil.

Under the revered Nolan’s direction, Batman Begins is a complete package – from a brilliant storyline, exceptional acting to wonderful cinematography (Oscar nomination for Best Cinematography), everything is near perfect. 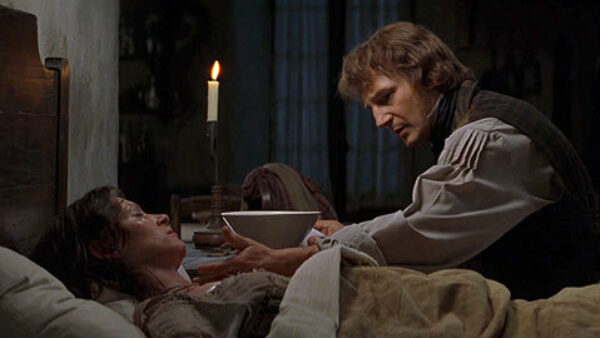 Based on a novel by Victor Hugo, it stars Liam Neeson as Jean Valjean, a French who is sent to prison for stealing bread. Released on parole, he tries to steal from a Bishop, his friend.

The Bishop refuses to turn him in and willingly gives his silverware to Jean, who promises to use the money for good and finances a factory in a small town.

Being mayor of that town, Jean takes to look after the daughter of one of the factory workers when she dies, bringing her to Paris. However, he has trouble coming as Javert, the police officer has recognized him and wants to bring him down. 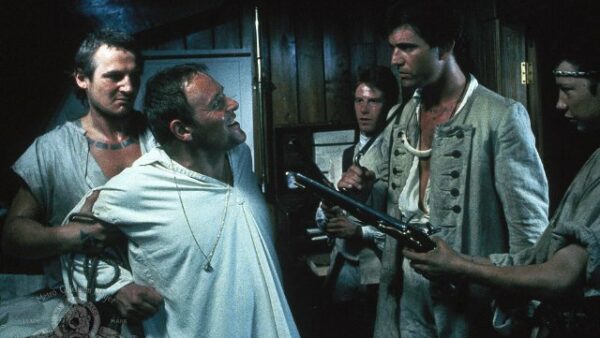 The Bounty is based on Richard Hough’s book featuring the known character Lieutenant Bligh (Anthony Hopkins). Bligh faces charges of being the cause of mutiny on the ship Bounty, in 1790. The story is recounted by Bligh where Fletcher Christian (Mel Gibson) is recruited to serve as Master’s mate onboard The Bounty. An unrelenting Bligh’s sadistic attitude and Fletcher’s desire of returning to Tahiti for his love, Fletcher starts a mutiny, letting Bligh and his loyalists off in a lifeboat.

The movie continues in two dimensions, showing Bligh’s hardships and struggle before he lands in the Dutch port of Coupang and Fletcher’s journey to Pitcairn Island with his love Mauatua on board. Although, Liam Neeson featured in a critical yet sider role as a crewman in the film but he still was successful in showing his acting prowess. 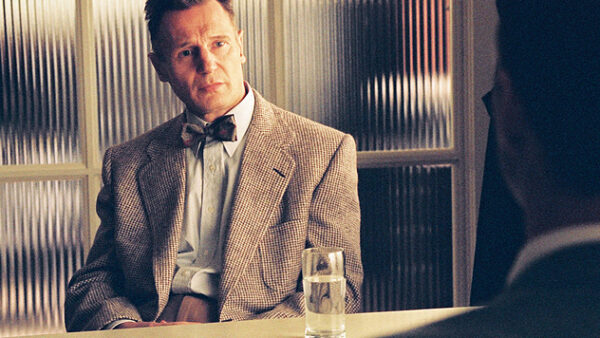 This biopic, written and directed by Bill Condon, is on the life of Professor Alfred Kinsey, the first to research human sexual behavior. Kinsey is played by the celebrated Irish actor Liam Neeson and his wife Clara’s role is performed by three-time Academy Award nominee, Laura Linney.

Facing many hurdles including funding required for research, public and political pressure for taking up a taboo subject, and its effect on his own marriage, Kinsey conducts a massive survey to find factors defining human sexual behavior. For her blazing performance in this movie, Laura was nominated for an Oscar. 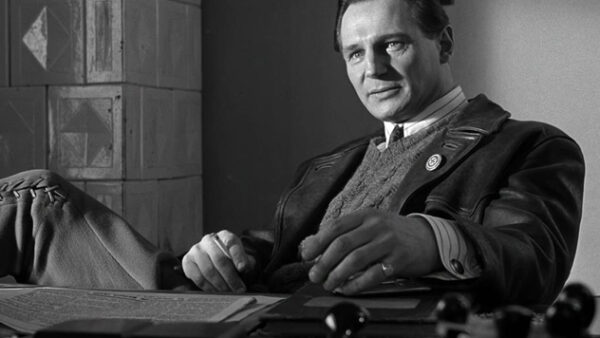 Directed by the best in business, Steven Spielberg, this 3 hours 15 minutes historic biopic is well worth the time. Ranked at #6 by IMDb in its all-time best movies, Schindler’s List is based on a true story, set in WWII times, in Poland.

Talented Liam Neeson stars as Oskar Schindler, a German factory owner who goes out of his way to save Jew workers in his factory from the horrors of Auschwitz camp.

The movie will definitely stir emotions in you, showing not only that humanity is alive everywhere but also that war brings out the best in many people.

The rich factory owner spends all his fortune, ending with nothing but having saved more than 1000 Jews from being gassed.

We can’t resist mentioning these outstanding movies of Liam Neeson as well:

Did we miss any of the best Liam Neeson movies on our list? Please let us know in the comments below!