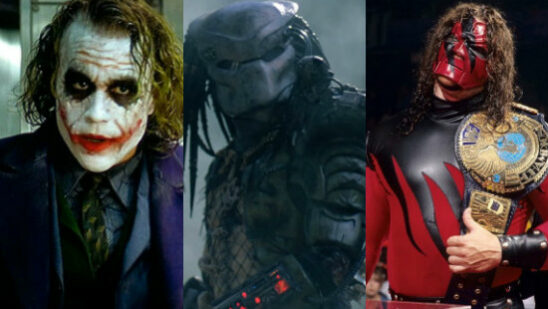 Adding a touch of mystery by a faceless character always does the trick of having the eyes of the audience glued to their television screens. With the ability to keep the viewers guessing, the characters who are yet to be seen throughout the viewer engagement usually end up being the center of attention but eventually reveal themselves much to the delight of the audience. Take a look at some of the greatest face reveal scenes of all time: 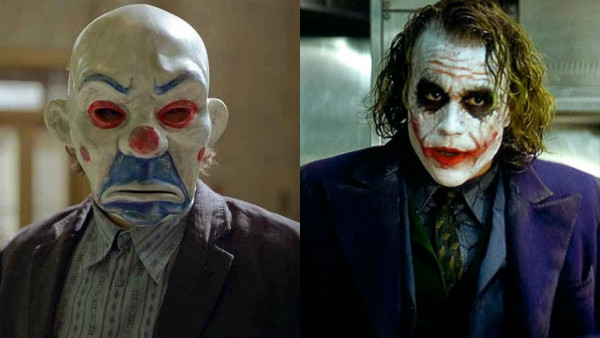 The movie starts out with five thugs hired by the Joker robbing a mob bank in Gotham and each of them wearing a clown mask. The unexpected happens when each of them gets killed one by one by fellow thugs, apparently by the order of the Clown Prince of Crime himself.

When Happy and Bozo are the only remaining thugs, the latter speaks for the first time and lets his identity slip as his voice strongly resembled the Joker. Still, the audience is grabbed by a sense of mystery as they want to be sure.

As expected, Bozo takes off his mask and reveals himself as none other than the Joker while speaking one of the greatest opening lines in movie history:

“I Believe Whatever Doesn’t Kill You Simply Makes You…STRANGER!”

14. Smaug (The Hobbit: An Unexpected Journey) 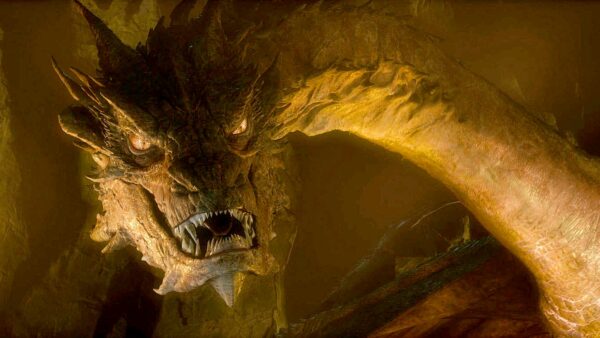 The first non-human entry in the list is the fearsome dragon that exists in J. R. R. Tolkien’s novel The Hobbit. Described as “a most specially greedy, strong and wicked worm”, Smaug is discussed a lot in the first installment of The Hobbit franchise.

Though the audience can very well comprehend how dangerous the dragon is when the characters mention it throughout the movie, Smaug is not seen until the very last seconds of the movie as his head rises from the very treasure it guards.

The terrifying dragon makes his complete appearance in the sequels The Desolation of Smaug and The Battle of the Five Armies, dying in the latter by the iron arrow from Bard the Bowman. 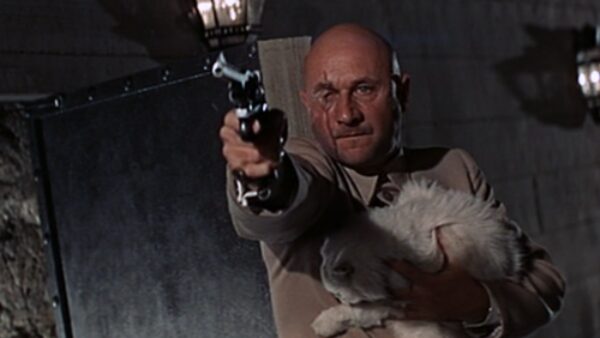 Though the apparently menacing James Bond villain Ernst Stavro Blofeld appears in From Russia with Love and Thunderball, his face is never seen as the movies only show his lower body while he strokes his white cat.

Portrayed by Czech actor Donald Pleasence, the baddie finally revealed his face in his third appearance in You Only Live Twice when he personally meets Bond in his layer. 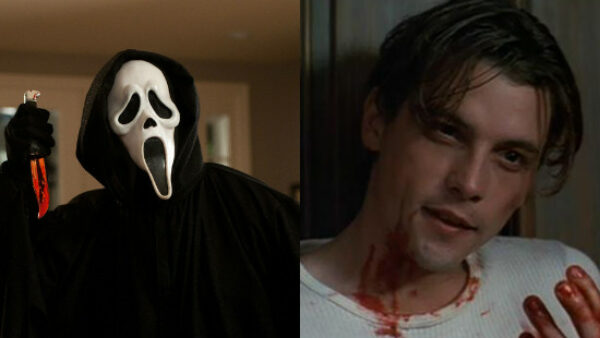 Though the traditional unmasking scene doesn’t happen in this horror movie, the revelation is still as dramatic as any other entry on the list.

Carrying out several murders while wearing the iconic scream mask, Sidney Prescott is left in a state of shock after realizing that Ghost face is her very own boyfriend Billy Loomis.

Set during the Vietnam War, Apocalypse Now stars Marlon Brando as the renegade and insane Colonel Walter E. Kurtz though he hardly appears in the movie. Worshipped as a demi-god by his personal Montagnard troops in Cambodia, Kurtz is mentioned throughout the movie but never seen.

Making his first appearance in the last quarter of the movie, Kurtz is shown talking but his face is covered by shadows. Despite knowing very well that the character looks like Brando, the viewers still cannot help themselves from seeing his face as it was revealed to be looking exactly like you guessed it, Brando. 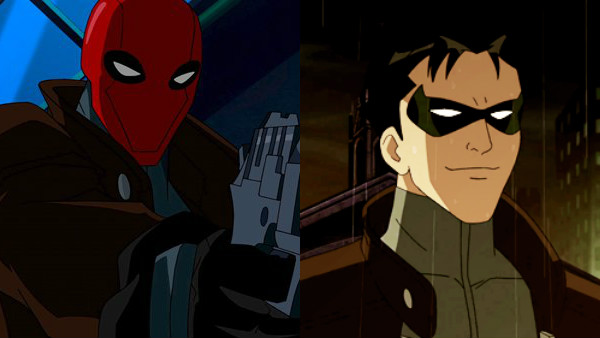 Failing to save Jason Todd, the second Robin, from being killed by the Joker, Batman called the incident as his greatest failure. Years later, Gotham had a new vigilante going by the name of Red Hood.

Bent on controlling crime, Red Hood was very well aware of Batman to the point of his secret identity, leading the Dark Knight to believe that he is battling someone he personally knows. As it turned out, Red Hood took off his helmet and revealed himself to be Jason Todd, resurrected by Ra’s al Ghul. 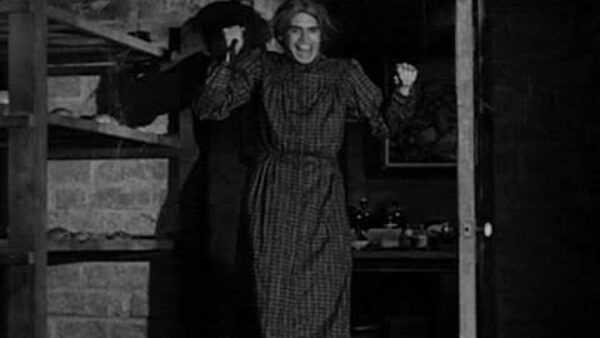 Arguably one of the greatest movies to magnificently incorporate the elements of suspense and thriller, Psycho adds a double twist to the unmasking scene.

Directed by Alfred Hitchcock, the face of the apparent killer Norma Bates is eventually shown near the end of the movie but it soon turns out that it was actually her son Norman dressed like her.

Fans of professional wrestling are well aware of the mystery that surrounded Kane’s face. After having his face physically burnt from the house fire that left his parents dead but his brother Undertaker narrowly escaped, Kane became obsessed with guarding his face against a mask he always wore.

With the aim of creating history, Kane wrestled against Triple H with the World Heavyweight Championship on the line along with the stipulation being the former remove his mask if he lost. Due to the outside interference by Evolution, Kane was defeated and took off his mask for the very first time on WWE’s flagship show Raw. 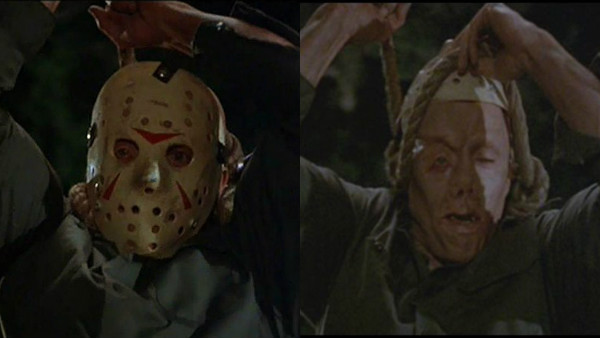 Despite receiving negative reviews, Friday the 13th Part III is famous for introducing the iconic hockey mask for Jason Voorhees, having a cult following, and being a commercial success.

The horror movie villain’s face is shown for a brief moment as he takes off his mask to show his horribly disfigured face while hanging in front of Chris Higgins. 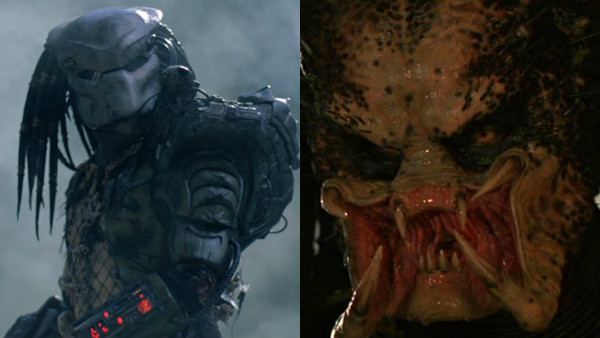 Coupling science fiction with action horror, Predator was one of the most amazing movies of its time. Starring Arnold Schwarzenegger as Major Alan “Dutch” Schaefer, the soldier must take down an extraterrestrial mercenary.

Wearing a hunting mask and being nearly invincible because of his advanced hunting technology, the Predator offers a mystery to the audience as his face is never revealed until the final dual with Schaefer. Taking off his mask to reveal a horrible face with anthropoid-like mandibles, the Predator truly leaves the audience shocked.

Upon seeing how hideous the Predator looks, Schaefer could not have expressed the reactions of the viewers more accurately as he exclaimed, 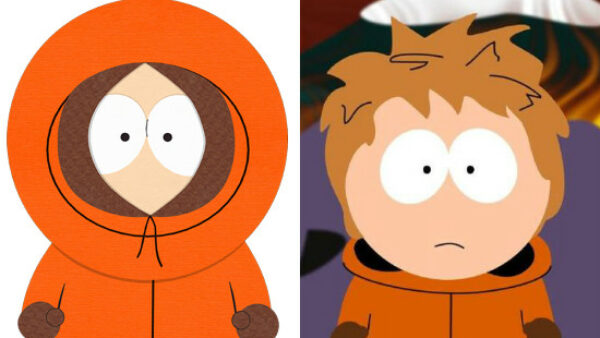 Even the controversial adult animated series South Park offered a mystery to their fans as Kenny McCormick’s face remained hidden because of the parka hood that covered his mouth and forehead.

Though his face can easily be imagined because of the traditionally similar faces of almost every character on the show, fans waited for the possible face reveal which finally happened in the feature film South Park: Bigger, Longer & Uncut. 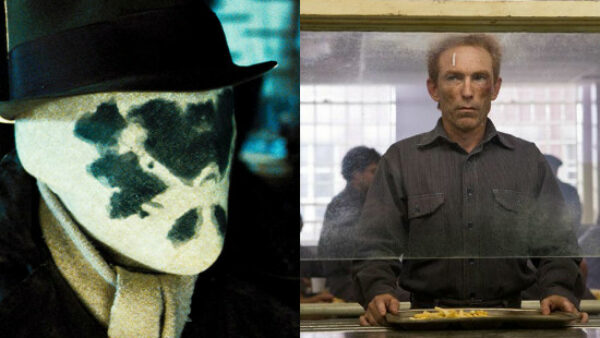 Probably one of the most underrated comic book movies of all time, Watchmen was an incredible piece of superhero adventure filled with everything that makes a must-watch R-rated movie. Among the ensemble cast of superheroes, Rorschach was nothing short of a scene-stealer who believed in moral absolutism.

With his altering ink blots on his white mask, the viewers could not help wondering what the anti-hero looks like. Upon his arrest after being framed for murder, the police forcibly grab him and do not hesitate to pull his mask off for the entire world to see.

3. Erik (The Phantom of the Opera) 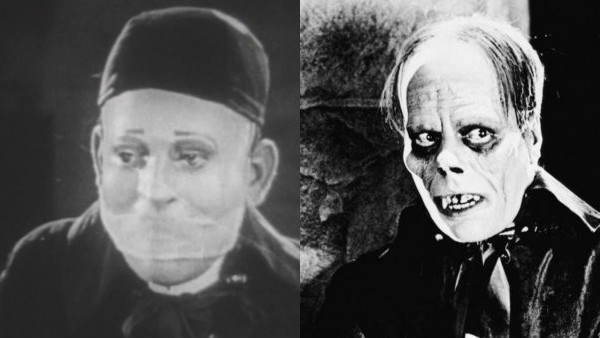 The silent horror film was considered a masterpiece of film-making during the time of its release and the credit goes to none other than Lon Chaney.

Due to his freedom to create his own make-up as the Phantom, the actor painted his eye sockets black, enlarged his nostrils with black paint, put jagged false teeth in his mouth, and pulled the tip of his nose with wire to create a skull-like impression.

Believe it or not, the unmasking scene of the movie has been said to make the people at the theaters scream and even faint in 1925. 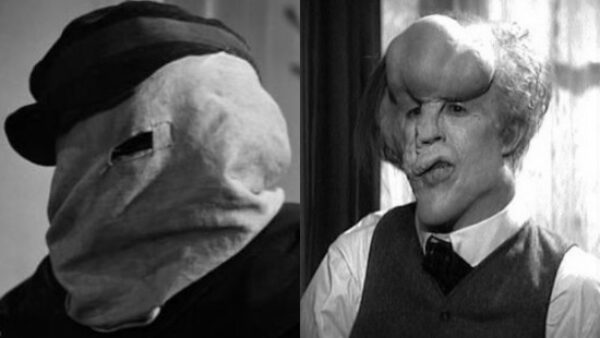 Bringing the 19th-century freak show performer to life, John Hurt portrayed John Merrick aka The Elephant Man in the 1980 movie of the same name. The appearance of the disfigured face is hinted at throughout the movie by the jaw-dropping emotions of the characters.

Eager to watch the face of the Elephant Man, the viewers finally get their wish come true when a nurse stumbles upon Merrick’s hospital room only to scream her lungs off and run away. 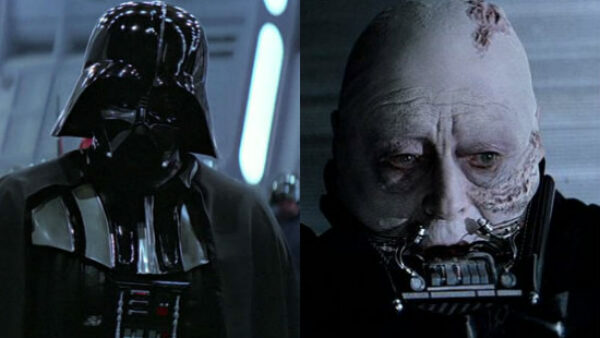 Making his presence known in A New Hope and The Empire Strikes Back, the very embodiment of Darth Vader is a menacing one. The dominant cyborg dark Force-powerful warrior serves as the supreme Imperial Military commander and undoubtedly the biggest threat to the galaxy.

Though his face is never seen, Darth Vader is finally unmasked as the end nears in Return of the Jedi. Asking Luke Skywalker to remove his mask for a brief father-and-son talk before dying peacefully, the viewers get the chance to finally see what the evil Galactic Empire looks like.