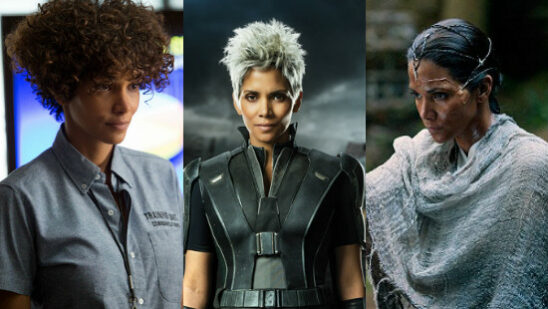 1st runner-up in Miss USA Pageant and 6th in Miss World Pageant in 1986, the celebrated actress Halle Berry has quite the looks. Apart from being a fashion model, the American born Halle Berry is a brand ambassador for many and a very successful actress. The pretty actress, known for her short hairstyles, won an Academy Award in 2002 and is the only woman of color to have won an Oscar to date. Being one of the highest-paid actresses in the 2000s, she has featured in many successful flicks. Following are the 15 best Halle Berry movies of all time that her fans should not miss: 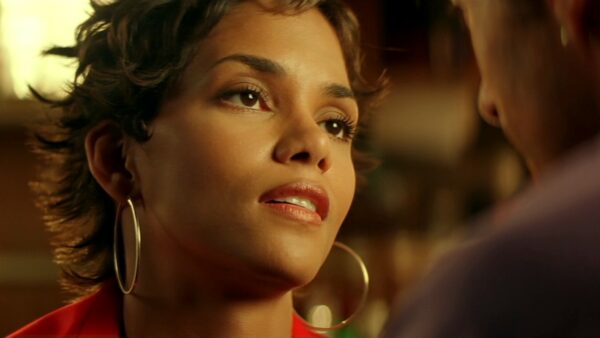 Dominic Sena’s direction, this Action/Crime thriller is a tech-fest. Hugh Jackman features as Stanley Jobson, a deadly hacker who has served 2 years in prison for infecting the FBI’s program (that read emails) with a virus and is now barred from even touching a computer.

It is hard to resist, for Stanley, when Ginger (Halle Berry) seduces him into helping her boss hack into government funds. Her boss, Gabriel, is played by John Travolta, is an interesting character whose real motives and loyalty become clear only at the very end. 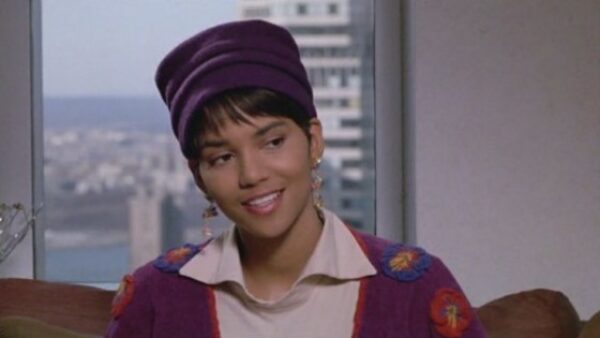 This 2 hours long rom-com features the famous American comedian, Eddie Murphy, in the lead role. Eddie plays Marcus, a womanizing and successful advertising executive who falters only when his new boss, Jacqueline (Robin Givens) gives him a taste of his own medicine; using and then dumping him.

Learning his lesson, when he falls in love with his boss’ assistant, Angela (Halle Berry), he treats her in all the right ways. With great comic one-liners, a beautiful Halle Berry playing the lovable girl, and Eddie Murphy giving life to the lead role, director Reginald Hudlin’s venture definitely makes for a good pastime. 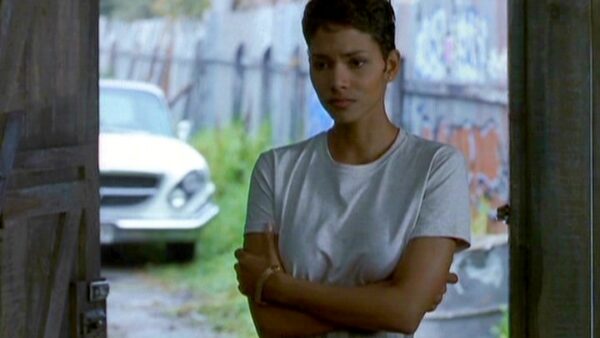 The short-haired Halle Barry takes the role of a science teacher, Sandra, who has taken the job in order to leave behind the mainland and her failed marriage.

Her students are largely dull and dim-spirited. Sandra selects 8 of them to enter a solar-powered car design competition. Sandra and her team have a number of obstacles to face and many people to prove wrong in their pursuit of winning the contest. 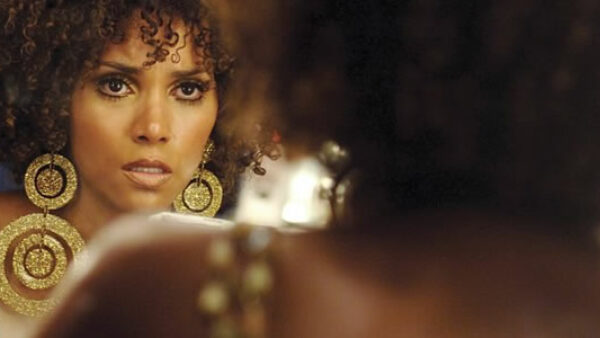 Director Geoffrey Sax’s venture is a biopic that features Halle Berry in the lead role, depicting a go-go dancer by the name of Francine (Frankie). Francine is diagnosed with multiple personality disorder and is treated by Dr. Joseph Oswald (Stellan Skarsgard).

Based on a true story, the movie shows how the psychotherapist and stripper work together to treat her other personalities, (a child and a white woman). Halle Berry gives an impressionable performance as Frankie and got nominated for the Golden Globe award in the leading actress category. 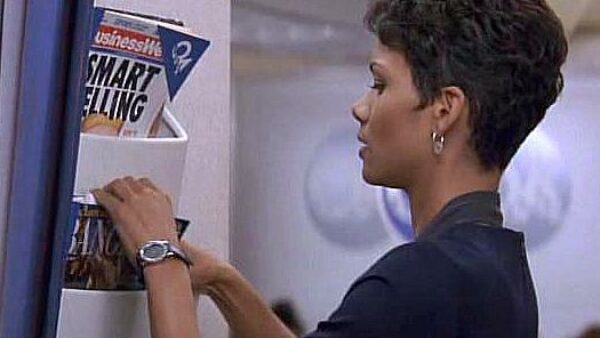 Halle Berry plays the role of a flight attendant in this action-packed thriller, written by Jim & John Thomas and directed by Stuart Baird. With more than 2 hours of playing time, the basic plot of the movie shows a US-bound 747, hijacked by people who demand the release of their ally.

A team is sent which will board the 747 mid-air to rescue the passengers and defuse the bomb. Accompanying the rescue team is Dr. David Grant (Kurt Russell), an intelligence analyst, who fears there is more to the hijacking than just the release of a prisoner. His concerns are realized when he learns that nerve gas is attached to the bomb, with the aim of wiping out Washington D.C. 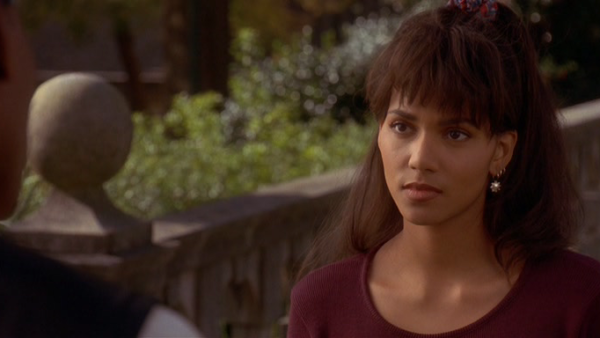 Written and directed by David S. Ward, The Program is a routine sports movie in which a coach’s job is on the line as his school team doesn’t perform after two season failures. The movie shows a range of issues faced by college students and how the coach brings them together.

Halle Berry takes the stage as a beautiful girl named Autumn, helping out a quarterback whose grades are low and who happens to fall for his tutor. The coach, played by James Caan, has to cope with and win the big game with his team that includes players with drinking problems, romantic jealousies, steroids use, and other issues. 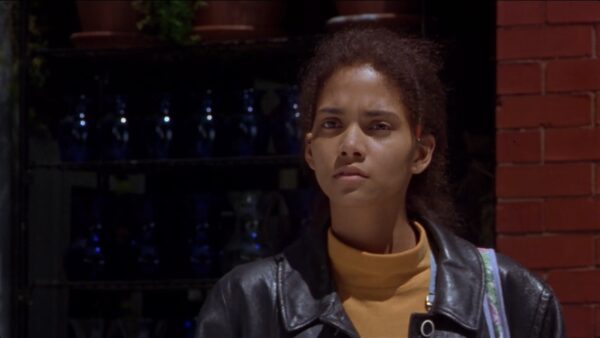 This movie is an emotional and touching story of two mothers fighting for the child’s custody, one natural and the other adoptive. Based on famous writer Seth Margolis’s novel with the same name, Losing Isaiah stars Halle Berry as the natural mother of an African-American baby. The drug-addicted Khaila leaves her son in a dumpster by mistake only to find him missing the next day.

After rehab and a settled job, Khaila finds her son is alive and was adopted by a social worker and kind woman Margaret Lewin (Jessica Lange). She challenges his custody in court. Halle Berry and Jessica Lange both give heart-warming performances, true to the demand of the story. 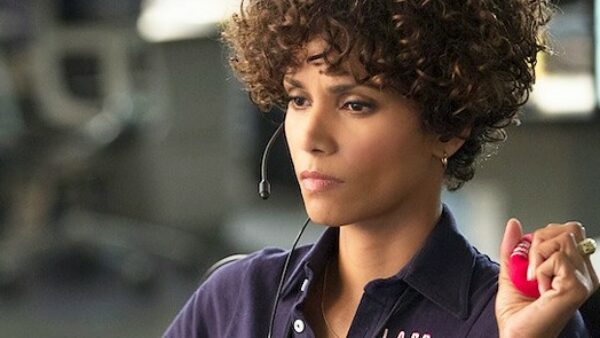 This crime thriller, directed by Brad Anderson, features the Miss USA pageant runner-up, Halle Berry, as a 911 operator named Jordan Turner. The skilled operator commits an error that ends in a bad call and ends up becoming a trainer for rookie operators.

A teenage girl calls to report abduction, a chance for Jordan to not only save the girl but to redeem herself of the past. Watch Halle Berry in action in one of the best action-thriller of 2013 as she tries to help the girl over call and bring her captor to justice. 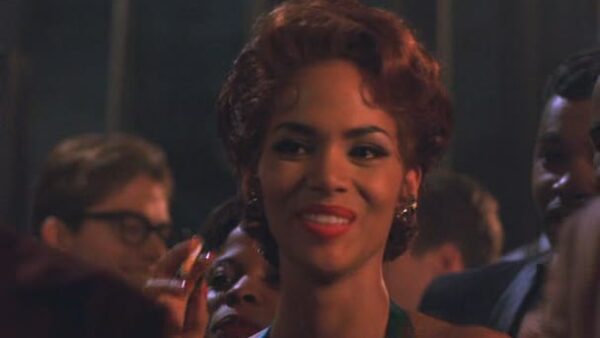 Frankie Lymon was the lead singer of a rock and roll music band called The Teenagers. This biopic, written by Tina Andrews and directed by Gregory Nava, is based on the story of three women who show up years after Frankie’s death and claim the right to royalties from his entertainment manager, as his widows.

These roles of wives have been played by celebrated actresses Halle Berry, Vivica A. Fox, and Lela Rochon. Flashbacks in the movie depict each one’s story with Lymon and how the three develop a bond while pursuing a civil trial. The role of the singer and songwriter who died from heroin use has been played by Larenz Tate. 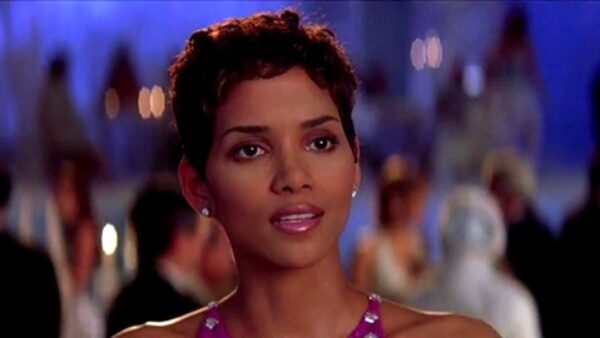 Based on Ian Fleming’s fictional novel series, Die Another Day features the charming Irish actor, Pierce Brosnan, making his last appearance as Her Majesty’s most trusted agent, James Bond. Bond is captured by North Koreans. Months later, he is released and traded for an agent named Zao.

The super spy takes in on himself to capture Zao but gets entangled in another scheme involving a millionaire named Gustav Graves. Gustav intends to use satellites to project a huge laser beam on earth. With a super-hot Jinx Johnson (Halle Berry) as his aide, 007 must foil the antagonist’s plan. 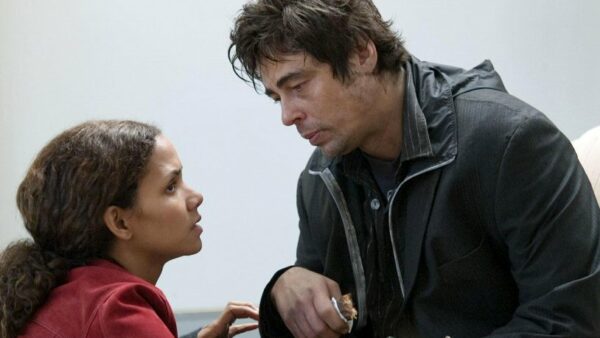 How to get back up when life knocks you down? This drama genre, written by Allan Loeb and directed by Susanne Bier, tells us just that and more about finding support through one another. Audrey Burke (Halle Berry) is a young, beautiful, recently widowed with two children.

Following her loving husband’s death, his best friend and a junkie, Jerry (Benicio Del Toro) move in with them to help them reconcile with reality while Burke helps Jerry to get rid of his addiction. 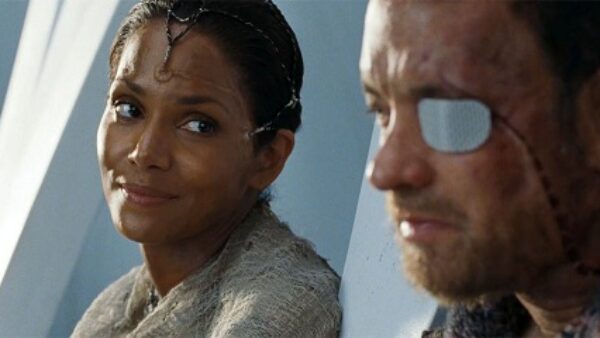 Actions have consequences. A beautiful concept is shown in this adaption of David Mitchell’s novel by the same, that acts of goodness definitely have an impact on the future. Cloud Atlas shows six stories, spread across 5 centuries, from the nineteenth-century Pacific to the post-apocalyptic future.

The same birthmark appears on the protagonist, showing that the stories are indeed connected, perhaps reincarnation of the soul. To make sense between stories is left to the viewer’s imagination. The cast includes the celebrated American actor Tom Hanks and actress Halle Berry, who reappears in the six stories in different get-ups. 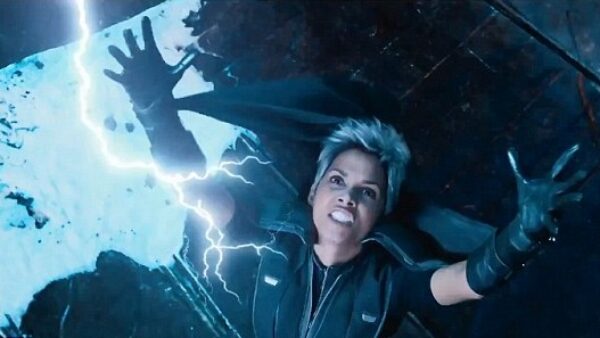 Based on Marvel’s comic book series, X-men are mutants with special powers. Watching a clash of superpowers is always exciting, and X-men gives you just that and more.

The seventh installment in the series features a stellar cast including Hugh Jackman as Logan (Wolverine), James McAvoy as young Professor X, Jennifer Lawrence as Raven (Mystique), and Halle Berry as Storm, among others.

Sentinels have been created with the ability to hunt down mutants. They can adapt and deal with a variety of powers of mutants. In these desperate measures to save mutants and humans, Logan (Wolverine) is sent back in time to set things right and change their grim-looking future. Halle Berry always plays the role of Storm with perfection. 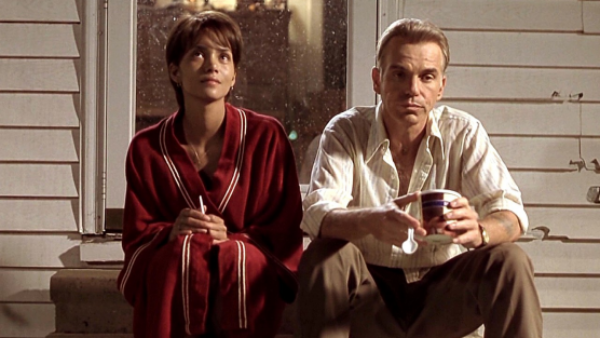 With Golden Globe and BAFTA film award nominations, an Oscar, and more awards to her name, Halle Berry certainly proves her mettle as a serious actress in Marc Forster’s romantic flick. It is about an unlikely love developing between a white man, a prison guard, and an African-American woman.

The movie takes time to build their characters, showing Leticia (Halle Berry) as a divorcee whose husband is helped executed by Hank (Billy Bob Thornton). With a fat son, a job in a diner, and a drinking problem, Leticia’s life is miserable.

While Hank is racist and abusive, a consequence of his father’s actions. Despite this, they find solace in one another. Strong performances by Halle Berry and Billy Bob make us empathize with them and understand the reasons for their actions. 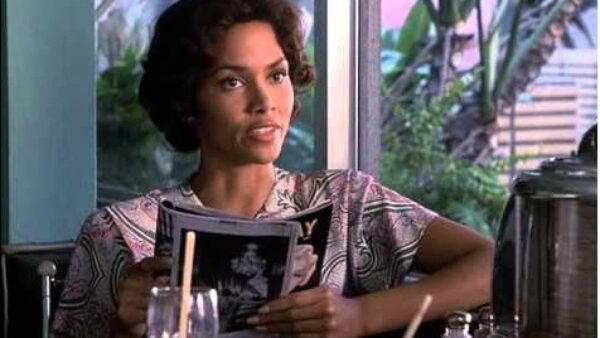 Dorothy Dandridge was an American actress in the ‘50s. First African-American to get nominated for an Oscar, Dorothy faced many racial challenges in her career.

This biopic is based on Ear Mills’ book about Dorothy Dandridge’s life. It shows her rise in her career, her affair with her director, wrong decisions, and untimely death because of prescription drugs.

Whether accidental or intentional suicide is still debatable. Dorothy also faced discrimination because of her color. Dorothy’s character is played by the very talented and beautiful Halle Berry, who does a very impressive job, winning a Golden Globe award.

We can’t resist mentioning these outstanding performances of Halle Berry as well: