15 Great Movies That Take Place Mostly Within One Room 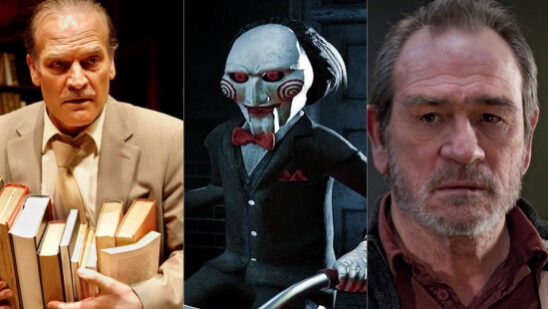 Making a movie is a work of art. While most movies are shot in several exterior and interior locations, there are a few notable exceptions that dare to limit themselves within just one room. Here are the 15 great movies that take place mostly within one room: 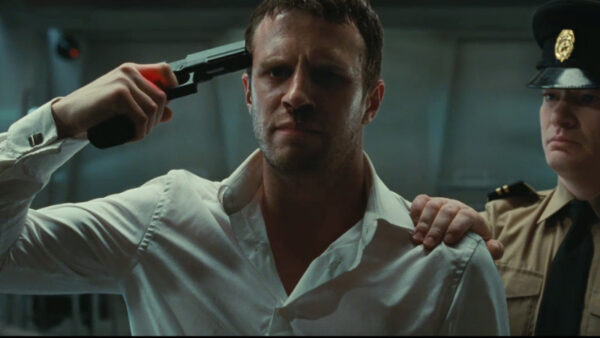 When eight individuals are invited for an employment exam, they could have hardly predicted what would happen next. They enter a windowless room and the invigilator gives them a paper that only has one question behind it.

The invigilator reveals that there are only three rules for the exam: do not talk to him nor the guard by the door, do not spoil the paper and do not leave the room. A thrill of mystery soon swarms over as when the candidates turn over their paper, they discover that there is no question behind it. 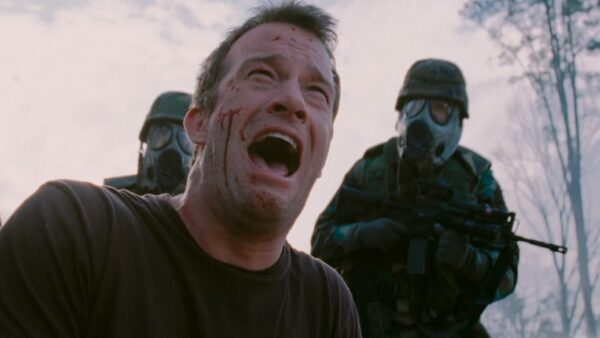 Based on Stephen King’s horror novella of the same name, The Mist revolves around a few helpless people stranded in a grocery store when a thick fog seeps in the town and covers it entirely.

The fog was predicted to be a temporary phenomenon but soon unravels to be a supernatural plot and the marooned folks at the grocery store must co-exist to come to terms with the predicament they are trapped in. 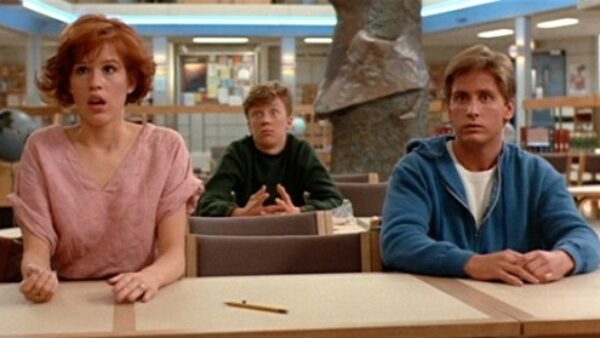 The movie showcases five high school students with varying personalities and social backgrounds in detention. Mostly spending their time in the school library, the kids are initially quite reluctant to talk to each other.

As the movie progresses, the students gradually realize that despite the differences among their social backgrounds, they have much in common with each other and develop a resilient bond amongst themselves. 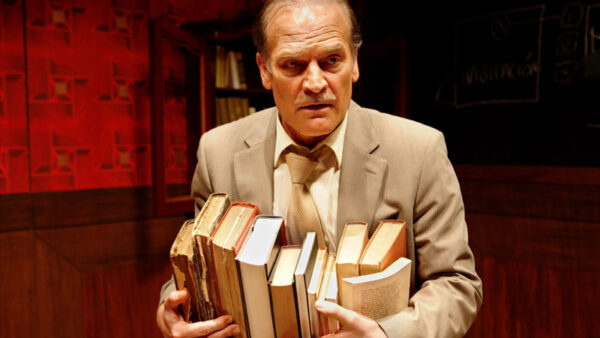 Four outstanding mathematicians are about to be put on a task while their life hangs in the balance. As they work together to carefully solve difficult mathematical riddles, they realize that time is not at all on their side.

As it turns out, the walls around their room are steadily closing around them and the four mathematicians must speed their game up in order to survive the terrifying ordeal. 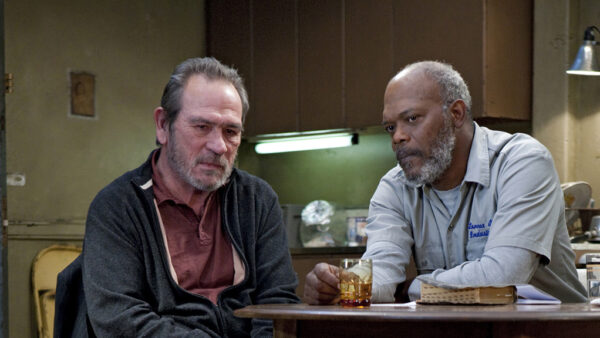 Starring Samuel L. Jackson and Tommy Lee Jones as Black and White, respectively, the entire movie is set in just one room in which the two characters do not engage in a conversation with anyone else besides themselves.

As one of the best dialogue-driven movies ever made, The Sunset Limited gives a glimpse of what would happen when a devout Christian and a suicidal atheist would engage in a conversation about the meaning of life. 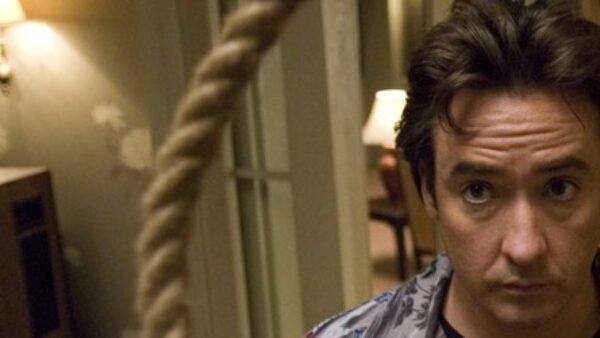 Mike Enslin is well-known to the public for investigating haunted houses only to discover that they are not. His quest for debunking supernatural phenomena soon takes a drastic turn when he checks into the Dolphin Hotel.

Despite hotel manager Gerald Olin insisting him not to stay in room 1408 since no guest had ever managed to live in it for more than an hour, Mike ignores his plea only to realize the terror that is in store for him. 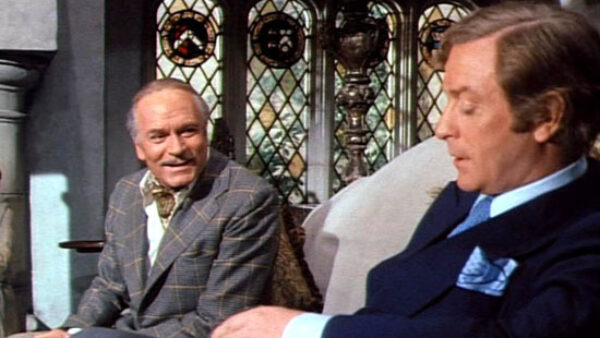 Taking place inside a mansion and starring Academy Award winners Laurence Olivier and Michael Caine, Sleuth is an exceptional mystery thriller movie that narrates an extremely entertaining cat and mouse game between a husband and his wife’s lover.

The movie is devoid of any clichéd detective scenes that are used over and over again in the current state of Hollywood. Instead, the movie solely revolves around the characters trying to outdo one another with nothing but their wits and intelligence. Furthermore, Sleuth earned four Academy Award nominations including Best Actor for both Olivier and Caine. 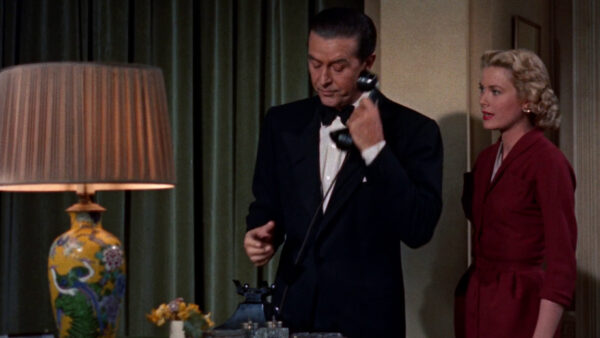 Though Alfred Hitchcock’s crime mystery flick Dial M for Murder has inspired countless remakes in the form of several television episodes and similar movies, nothing really beats the original.

Tony Wendice is desperate to bag all of his wife Margot’s inheritance and when he discovers that she has a steamy affair with crime-fiction author Mark Halliday, he concocts a diabolical scheme to have her murdered. As fate would have it, the plan unexpectedly fails and when the police arrive to investigate the attempted murder, Wendice must do everything he can to cover his tracks. 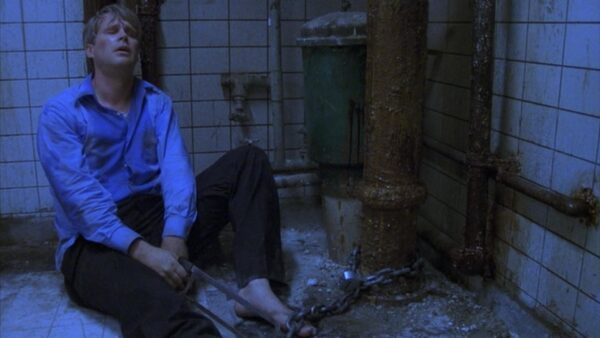 Among the horror movies that were forced to rely on creativity due to monetary constraints, Saw is a crown jewel. When photographer Adam Stanheight and oncologist Lawrence Gordon wake up and find themselves trapped in a messy bathroom with an apparent corpse, they are put on a task to solve a perplexing puzzle within a limited time in order to escape.

Saw definitely had a shoestring budget but its success and creative concept gave birth to a hugely successful horror franchise and the Jigsaw Killer aka John Kramer’s games were merely beginning. 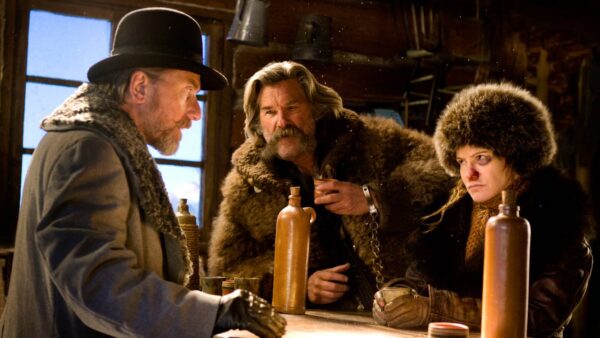 Set a few years after the Civil War in Wyoming, The Hateful Eight revolves around eight strangers stranded in a stagecoach during a snowy blizzard. The seemingly run-of-the-mill night swiftly turns into a gun battle when three of them unexpectedly turn out to be bandits.

The long-awaited Quentin Tarantino movie did not disappoint the fans as it was nominated for three Academy Awards and won one for Best Original Score as veteran composer Ennio Morricone walked home with his long-overdue prize. 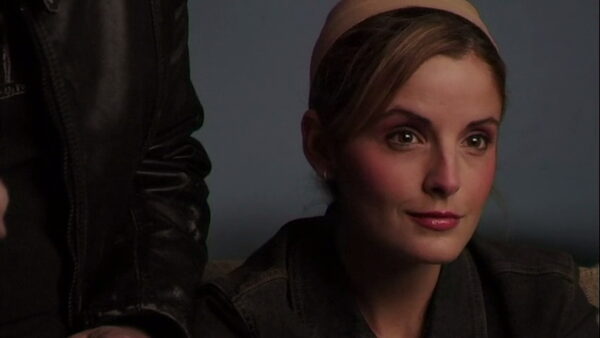 In the midst of a farewell party arranged for a university professor, the festivities abruptly convert into a mystery as John Oldman reveals a secret to his colleagues that shocks them all.

Oldman claims that he is actually a cro-mangnon human who has been living for the past 1,400 years. Upon his revelation, his colleagues riddle him with questions that make everyone rethink the historical narrative of the world. 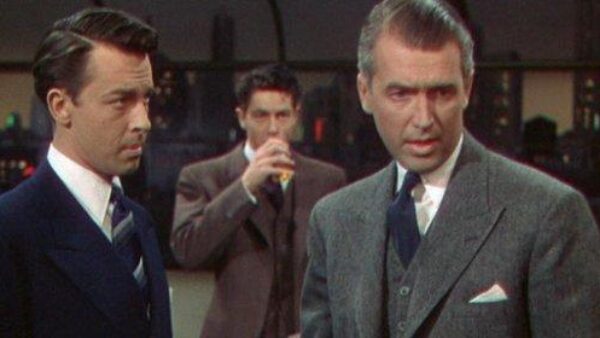 Best known for long takes and the steady rise of suspense, psychological crime movie Rope features two university students strangling their friend to the death with the aid of a rope and hide his body in an apartment.

In order to test how perfect their crime was, they invite people into the apartment for a party that includes their dead friend’s fiancée and their professor who inadvertently inspired them to commit the murder during one of his lectures. 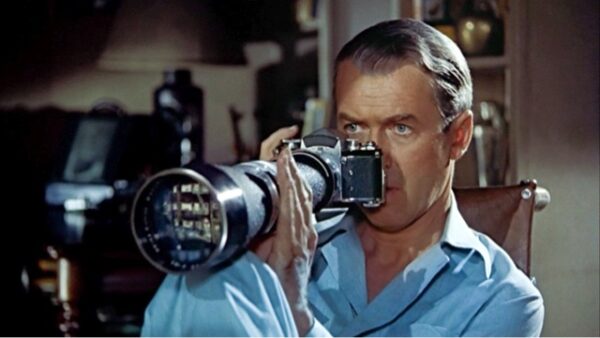 Directed by Alfred Hitchcock, the critically acclaimed film-maker elevates suspense in his movies to a much higher level by employing the simplest of settings. When Jeff Jefferies breaks his leg and recovers in his house while being confined to a wheelchair, he spends his time peeking on the neighbors from his window.

While spying on one of the neighbors, he apparently discovers a murder committed in their home. With the help of his girlfriend and nurse, Jeff ultimately decides to clandestinely solve the murder case. 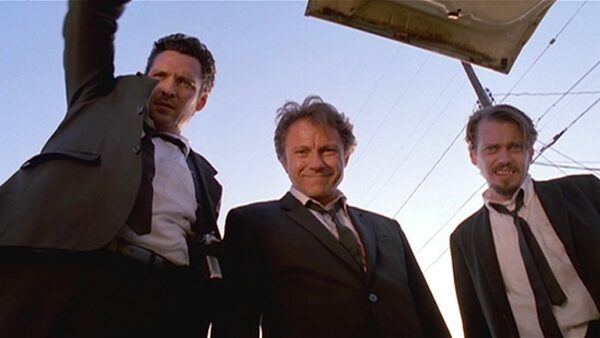 When six dangerous criminals unknown to each other are hired by a mob boss to pull off a diamond heist, things only get complicated. The foolproof plan unexpectedly gets spoiled when the police rush to the crime scene.

Believing that one of the criminals must have been an informant for the police, they engage themselves in a heated argument at an empty warehouse to determine which one of them is the traitor. Directed by Quentin Tarantino, Reservoir Dogs is a masterpiece of non-linear storytelling and is unquestionably the greatest independent movie ever made. 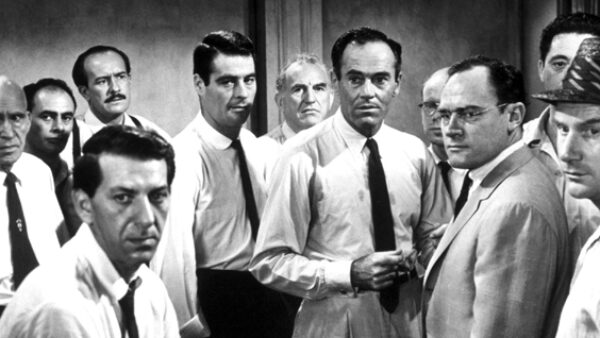 Following the courtroom hearings of an 18-year-old boy accused of stabbing his father to death, twelve jurors are tasked to come up with the verdict. Despite the mounting evidence that signals towards him being guilty, one juror dares to think otherwise after thoroughly investigating the entire scenario.

As the twelve jurors agonizingly attempt to reach a unanimous decision, frenzied arguments ensue as every chilling dialogue steadily increases the suspense of the audience. With the fate of the defendant hanging in the balance, 12 Angry Men is without a shadow of a doubt the greatest movie to take place mostly within one room.

Hope you enjoyed our list of great movies that take place mostly within one room. Feel free to share your views in the comments below!