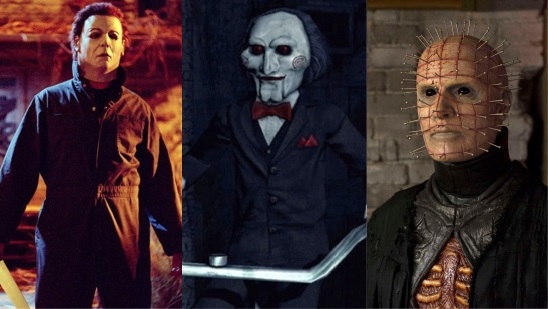 The element of surprise is best exemplified in horror movies. One cannot predict who or what is behind the screeching door as death lies mere moments away. With Halloween just around the corner, let’s take a look at the 15 best horror movie franchises of all time: 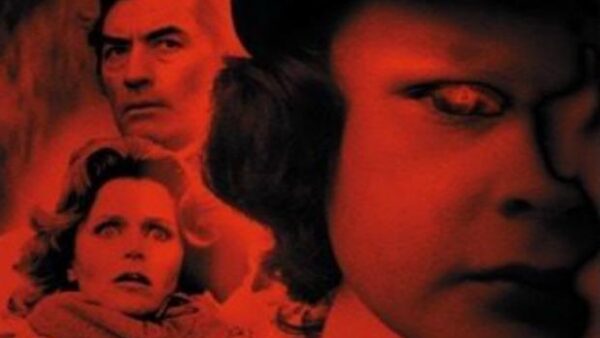 Directed by Richard Donner of Superman and Lethal Weapon fame, the 1976 supernatural horror movie The Omen brought shivers down the spine of its viewers. What are the odds of your adopted child being none other than the Antichrist? The Thorn family found out the hard way in The Omen.

While its three sequels and one remake were not capable of replicating the same results of the first installment in terms of critical reception, they share a special place in the hearts of horror fans and have the star power of several great actors such as Sam Neil, Live Schreiber, Julia Stiles, etc. 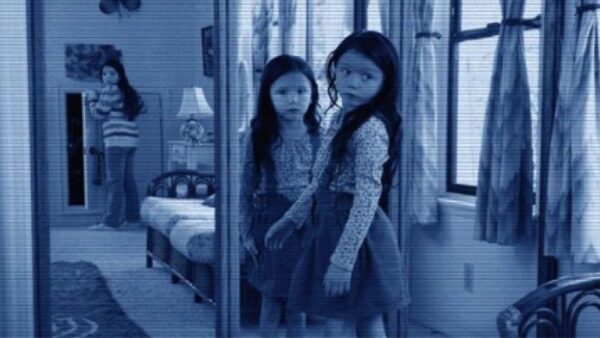 It all began in 2006 when the interest in found footage sub-genre of horror movies reignited courtesy of Paranormal Activity. When Katie and Micah purchase a new home in San Diego, California, they could have hardly expected what would happen next.

After discovering that a demon is present in the house, the couple arduously begins to document their dilemma by surveillance cameras. The horror movie kick-started a fantastic franchise that lasted five sequels and even one unofficial sequel independently made in Japan. 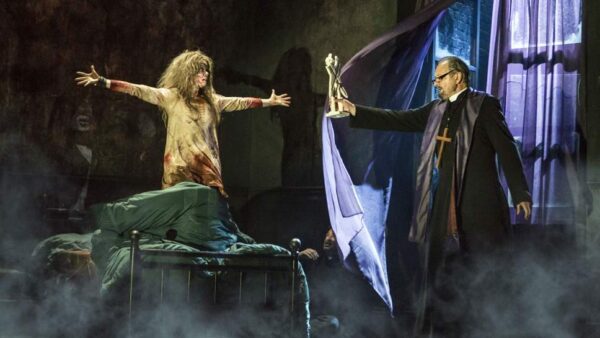 The 1973 horror film The Exorcist may be more than four decades old but still magnificently stands the test of time. Still considered culturally relevant and terrifying, it bagged two Academy Awards from its ten nominations.

Though its sequels and prequel did not manage to attract any positive reviews, its legacy lived on with heart-stomping television series of the same name which served as a brilliant sequel to the first film. 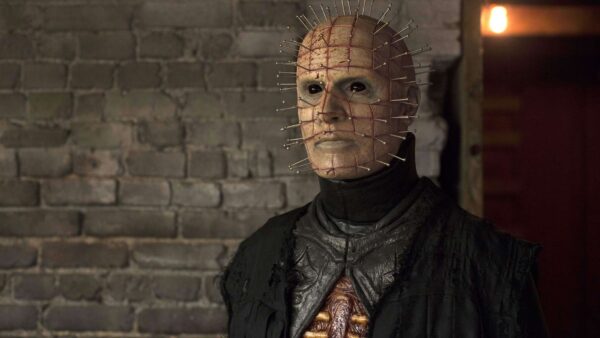 In the case of perfect casting, it is hard to imagine anyone other than English actor Doug Bradley as Pinhead. As the star of the Hellraiser franchise, a whole new generation became frightened of mere household objects such as nails and hooks.

More than three decades before John Kramer aka the Jigsaw Killer began torturing victims, it was Hellraiser paving the way for the same concept as the horrific cenobites would force human souls to undergo sadomasochistic experiments. 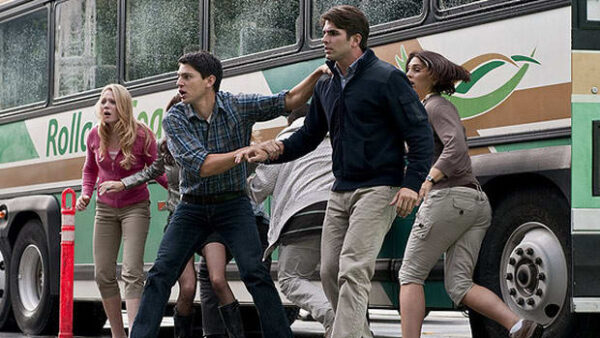 Sometimes, rejection can be the best possible outcome. Believe it or not, the entire plot model of the Final Destination franchise stemmed from an unutilized script for an episode of the science-fiction drama series X-Files.

Revolving around a different group of friends in every installment who die when a character has a sudden vision about their impending ends, the concept has been used time and time again yet despite the predictability, it amazingly brings an adequate amount of suspense for the viewers. 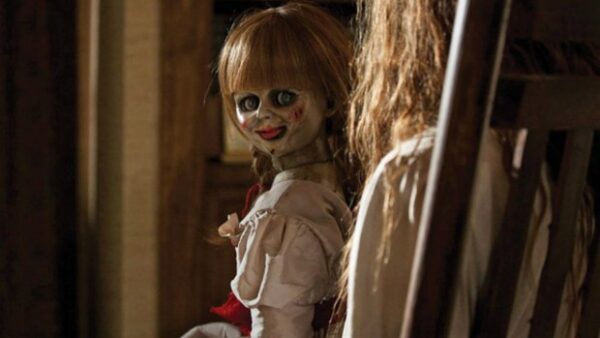 Undoubtedly the best horror series of modern cinema, The Conjuring franchise is truly a gift that keeps on giving and it all began when Roger and Carolyn Perron along with their five daughters moved into a haunted house.

Employing the concept of a shared universe, the franchise frightened the audience once more by introducing Annabelle the Doll. With The Nun most recently released, the franchise has no plans to halt anytime soon as next in line is The Crooked Man. 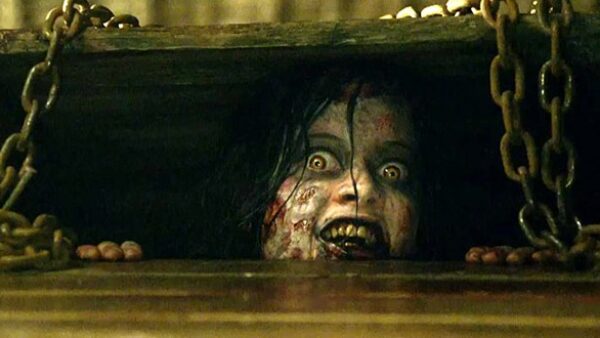 It was a movie that caused a sensation and brought veteran actor Bruce Campbell into the limelight. Released in 1981, Evil Dead was a huge leap forward in the realm of horror movies. Impressively enough, even horror and supernatural fiction guru Stephen King cited it as one of his favorite movies.

While sequels often get a stale reception, Evil Dead II managed to do the impossible by being one of the rare sequels that turned out to be better than the original. The franchise soon branched into two more movies and a television series with Campbell still portraying his iconic role of Ash Williams. 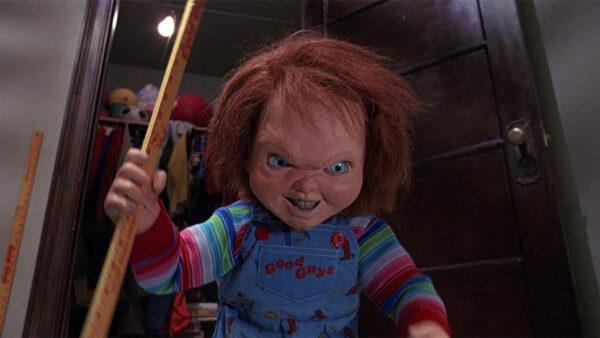 When young Andy Barclay received a Good Guy Doll for his sixth birthday party, he got much more than he bargained for. As it so happened, the doll was possessed by the soul of deceased serial killer Charles Lee Ray and his series of murders were about to continue.

Controversial as much as it was bloodcurdling, the franchise has been accused of inciting violence among children. Though a few installments have comical and even cheesy moments at times, the Child’s Play series stands out as of the most iconic horror movies of all time. 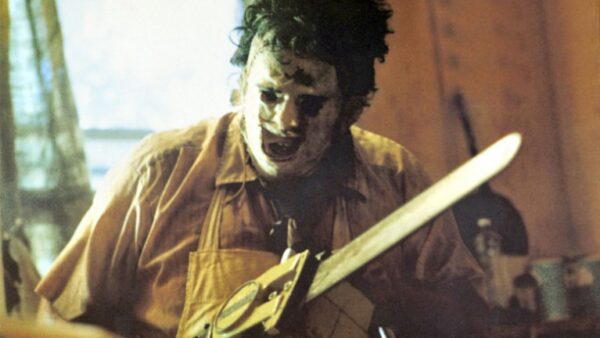 Whether you consider it excellent marketing or deceiving the general public, the 1974 horror movie The Texas Chain Saw Massacre was publicized as being based on a true story but it was actually a huge lie by director Tobe Hooper in order to lure a wider audience.

One lie, a paltry budget, and an enormous amount of critical and commercial success later, a franchise was born that did not limit itself to just eight movies but also made its mark in a video game and a comic book.

6. A Nightmare on Elm Street 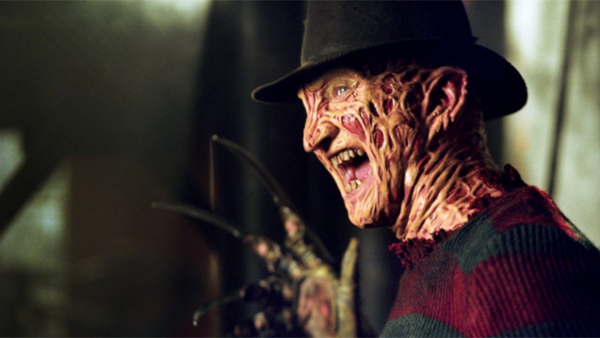 The deranged psychopath Freddy Krueger made sleeping an uncomfortable experience for countless viewers across the globe. Responsible for making teenagers have second thoughts about sleeping, the burnt serial killer uses his trademark glove armed with sharp razors to kill his poor unsuspecting victims in their dreams. 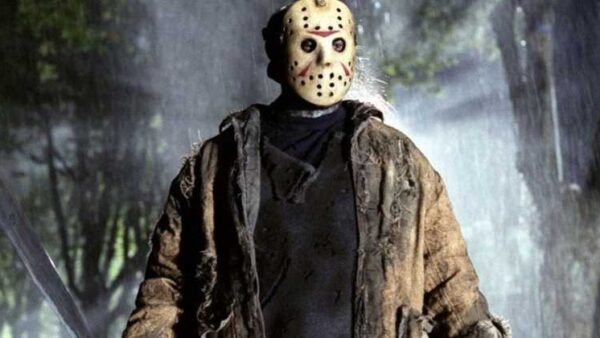 The aforementioned Jason Voorhees is no stranger to creating a ruckus. Donning his signature hockey mask and wielding a machete, he is one of the most relevant horror icons and destructive characters in pop culture.

Coming to his horror franchise that encapsulates twelve movies and television series that ran for three seasons, they are considered by many to be a few of the best examples of the slasher sub-genre of horror movies. 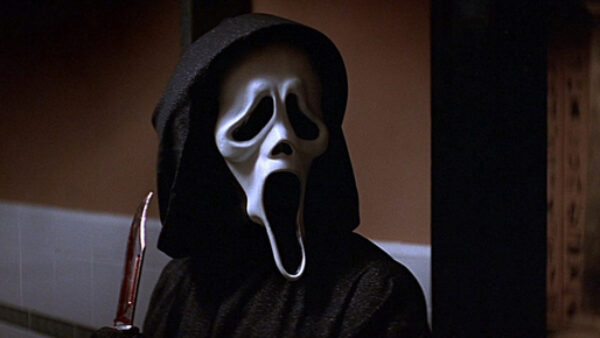 Unlike dozens of entries in the list which did not plan to halt anytime soon, the Scream series only has four installments. Critically acclaimed and its legacy intact, the franchise has not only terrified audiences but also inspired real-life copycat crimes.

The franchise redefined the horror genre as the fascinating storytelling always kept the viewers guessing about the identity of Ghostface along with who will his next of many victims be. 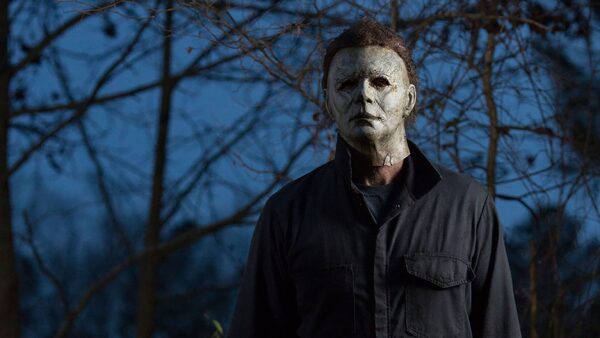 On paper, the unimaginative story about a serial killer wearing a mask and murdering babysitters on Halloween nights seems like a wingless idea that will not take flight but upon execution, Halloween swiftly became a phenomenon and introduced arguably the greatest horror monster of all time – Michael Myers.

Believe it or not, the first installment had to rely on petty resources such as a William Shatner Halloween mask worth $1.98 and a measly budget of only $325,000 budget. As fate would have it, Halloween became one of the most influential horror movie franchises and would transition to eleven movies, novels, comic books, merchandise, and one video game. 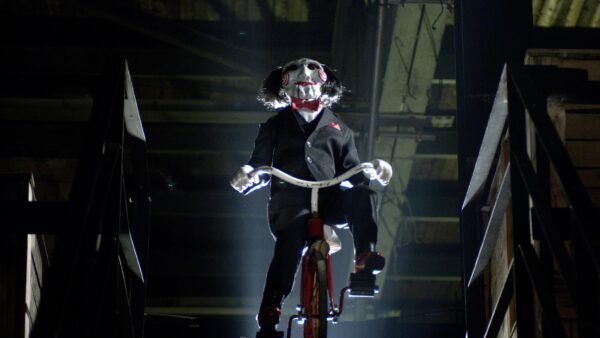 Among the movies that were forced to rely on creativity due to monetary constraints, Saw is a crown jewel. When photographer Adam Stanheight and oncologist Lawrence Gordon wake up and find themselves trapped in a messy bathroom with an apparent corpse, they are put on a task to solve a perplexing puzzle within a limited time in order to escape.

As the mastermind behind the unhinged game that literally has lived on the line, John Kramer aka the Jigsaw Killer continues his wrath in seven more movies, theme parks, video games, merchandise, and a comic book. 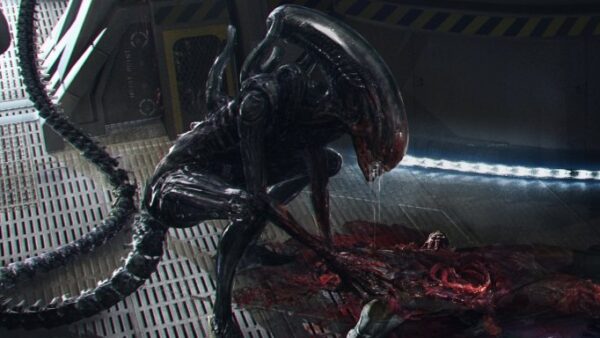 With critically acclaimed filmmakers such as Ridley Scott, James Cameron, David Fincher, and Jean-Pierre Jeunet sitting in the director’s chair, it can be safe to assume that the franchise is definitely in safe hands. Remarkable visual effects, gut-wrenching storytelling, and an excellent blend of science-fiction and horror, the Alien franchise is without a shadow of a doubt the very best horror movie franchise of all time.

The installments have broken several barriers in the art of film-making such as having a badass female lead as the protagonist and employing aliens for shock value instead of conventional horror characters such as monsters, ghosts, or serial killers wearing masks. Collectively, the Alien installments have won three eleven Academy Awards from its eleven nominations.

Did we miss any franchise in our list of the best horror movie franchises of all time? Let us know in the comments below!