15 Famous Movie Scenes That Were Not In The Script 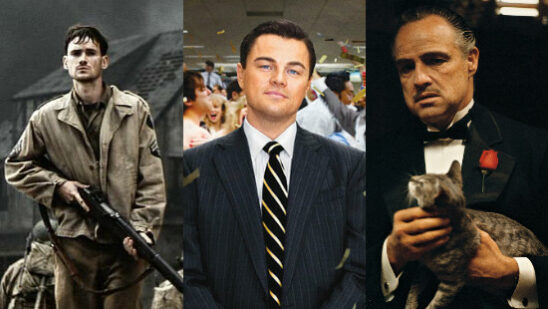 As one of the first steps of making a movie, the script is an essential part of the entire project. However, with the addition of talented actors, it is not surprising to see several moments being ended up in the final cut of the movies which were not actually improvised due to being caught up at the moment. Take a look at the 15 famous movie scenes that were not in the script: 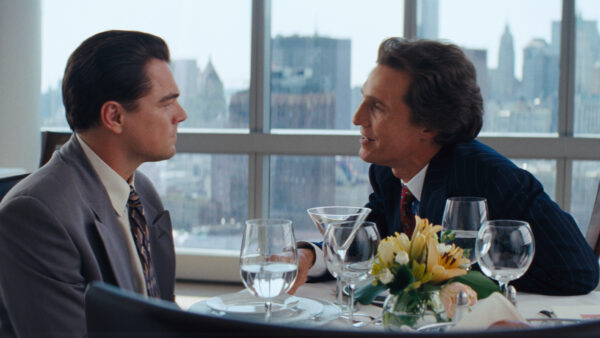 Matthew McConaughey doing chest bumps is not something new. In fact, he does it as a warm-up before shooting scenes. When co-star Leonardo DiCaprio saw him, he suggested that it would be a good addition to the movie The Wolf of Wall Street.

Director Martin Scorsese, well-known for allowing his actors to improvise during scenes, got impressed by the off-screen behavior and included it in the movie. As far as the chest thumps scene is concerned, DiCaprio’s confusion is visible as he sees the shooting crew during the scene. 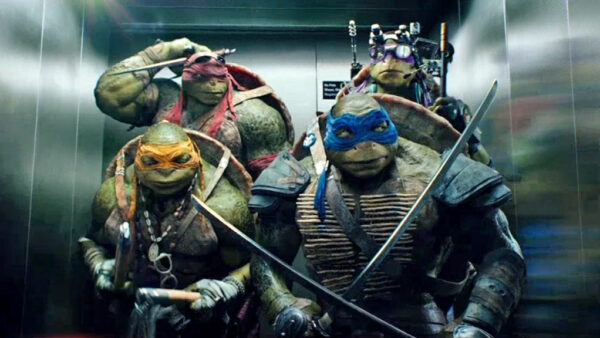 The chemistry between the heroes in the half-shell will go down as the funniest ones in superheroes’ history. Their goofing of nature is a vital part of who they are and it was only sensible that they practice their rap song in the elevator before battling Shredder.

Much like their onscreen characters, the actors portraying the Ninja Turtles fooled around quite often and VFX supervisor Pablo Helman requested them to do the same for the movie, resulting in the funny rap song before their showdown. 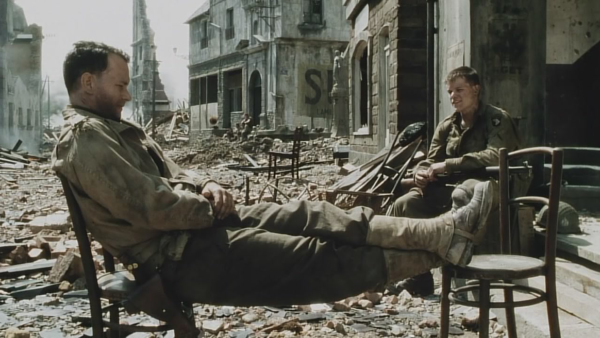 Arguably the best war movie of all time, Steven Spielberg’s Saving Private Ryan is a modern masterpiece of filmmaking and its success owes a great deal to leading stars Tom Hanks and Matt Damon.

While the two are sitting together in a destroyed French street, the latter narrates a humorous tale of his brothers chilling out in a barn. The heartwarming tale takes a bitter turn when he says that it was the last time he saw them. Impressively enough, the entire dialogue delivered by Damon was not in the script. 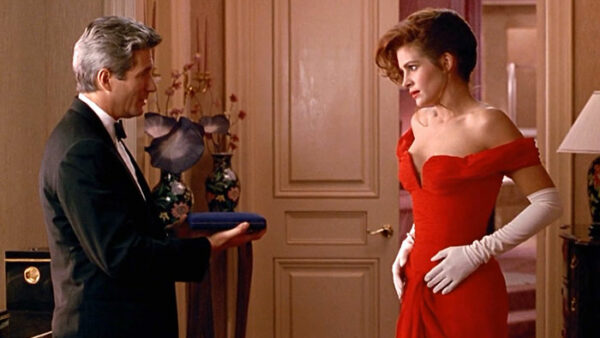 Starring Richard Gere and Julia Roberts, Pretty Woman beautifully captures their onscreen chemistry and also managed to include a glimpse of their off-the-script fun.

While the script instructed Gere to show Roberts the necklace by opening the jewelry box, it did not say to quickly close the lid shut as he hands them near to touch it. The actor still did it and Roberts’ genuine laugh made it to the movie. 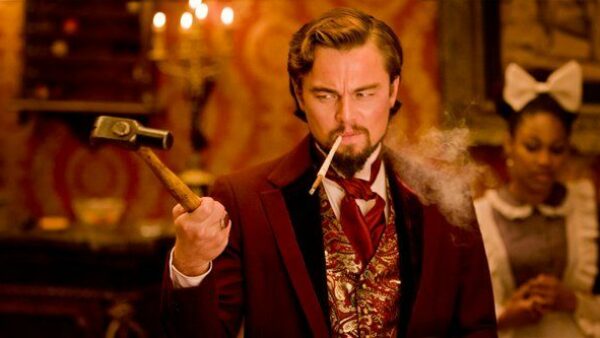 Only a handful of actors remain committed to their roles and Leonardo DiCaprio is one of them. During one of the most iconic movie scenes featured in Django Unchained, the actor intensely slammed his hand on the dinner table which had glass on it, and legitimately cut his hand which required stitches.

As unbelievable as it may sound, the actor did not stop for a break but remained in character and continued as he was required. DiCaprio cleverly worked his blood into the scene by smearing it on costar Kerry Washington’s face as she witnessed how far the actor was going. 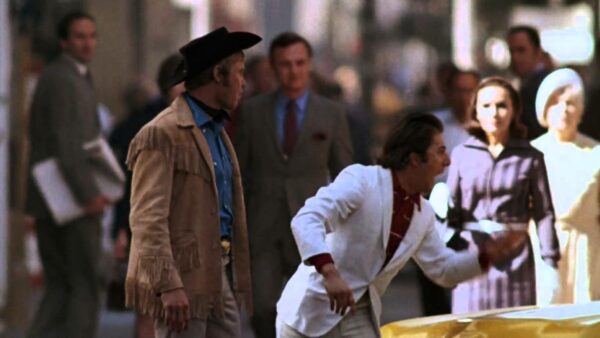 Leading stars Jon Voight and Dustin Hoffman were nearly hit by a real taxi cab during the shooting of Midnight Cowboy but the latter remained in character and slammed his hand on the hood of the car as he yelled the popular line, 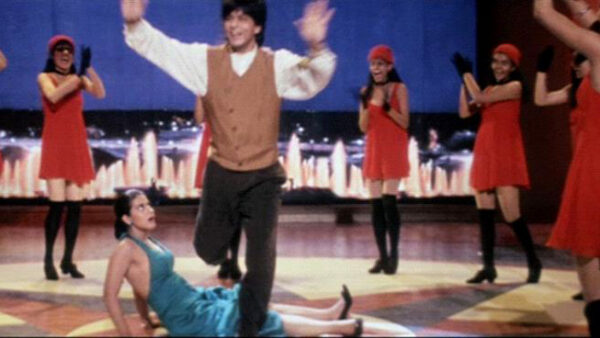 Undoubtedly the greatest Bollywood production of all time, Dilwale Dulhania Le Jayenge beautifully incorporates every element that the Hindi movie industry is famous for. As a career-defining movie for costars Shahrukh Khan and Kajol, the duo has often been referred to as the best onscreen couple.

In one of the hilarious scenes, Khan unexpectedly drops Kajol on the floor as soon as a song finishes – shocking her to the point of dropping her jaw. Believe it or not, director Aditya Chopra asked Khan to do so in order to capture her candid response – resulting in one of the best movie scenes that weren’t an act. 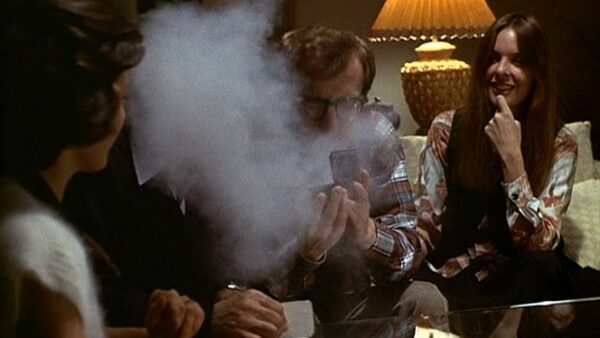 Cocaine is no joke but when it comes to veteran comedy writer Woody Allen, be prepared for laughs. Directed by and starring Allen himself, Annie Hall is a work of art in terms of romantic comedy. Nominated for five Academy Awards and winning four including Best Picture, hardly any comedy flick has achieved that milestone.

When Allen’s character Alvy is about to snort cocaine, he accidentally sneezes and scatters the drug on everyone around him. Though not in the script, it was decided to add it for the sake of humor and once the test audience laughed out loud by watching the scene, there was no turning back.

As evident from Full Metal Jacket, the best drill sergeant can be portrayed as a real one. Actor R. LEE Ermey served as a U.S. Marine drill instructor during the Vietnam War and the audience cannot help themselves notice how natural he is for the role.

Though director Stanley Kubrick hired him as a technical advisor, Ermey was eventually cast as one of the leading stars after recording an instructional tape in which he blasts several extras. Coming up with his own dialogues based on his experiences, the success of the movie owes a great deal to the sense of realism showcased by Ermey. This instructional tape without a doubt is one of the best movie scenes that you will ever come across in a war movie. 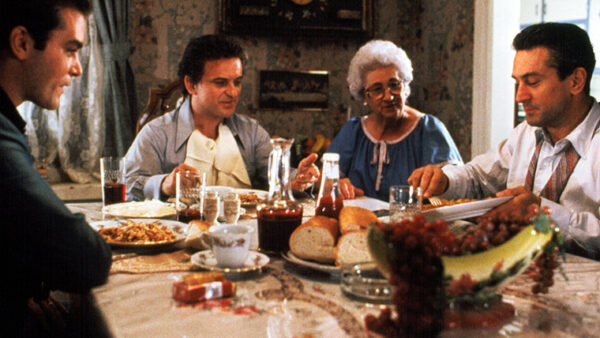 Not afraid to take risks by allowing his actors to come up with dialogues for the movie, it is definitely safe to say that director Martin Scorsese has incorporated off-the-script scenes too many times.

Casting his real-life mother as Tommy Devito’s mother in Goodfellas, the 3 AM dinner scene involving the painting of the bearded man with his dogs was completely improvised by all the participants. 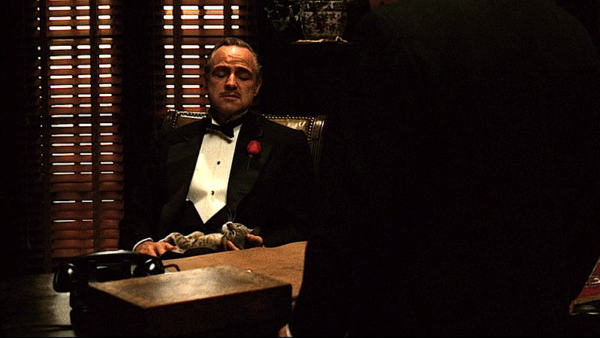 When we see Don Vito Corleone for the very first time in the opening scene of The Godfather, the audience gets a little distracted as he caresses the cat on his lap beautifully balancing the kindness and aggressive nature of the iconic character.

It turns out that a stray cat managed to get inside the studio and luckily got a part in what has often been described as the greatest movie of all time since it was Marlon Brando’s idea to include the feline in the scene. 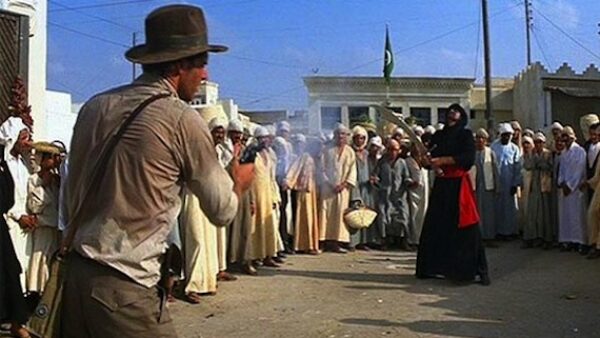 As one of the toughest movie characters of all time, Indiana Jones is a name familiar to every moviegoer and the credit goes to Harrison Ford for the iconic portrayal. As a consequence of the actor’s hectic traveling schedule, while shooting Raiders of the Lost Ark, Ford made it clear he was not feeling well before shooting a sword-fighting scene.

The actor was supposed to engage in a cool sword fight and disarm his opponent with a whip but due to his health, Ford decided to cut to the chase and just shoot the guy – resulting in one of the funniest scenes of the franchise. 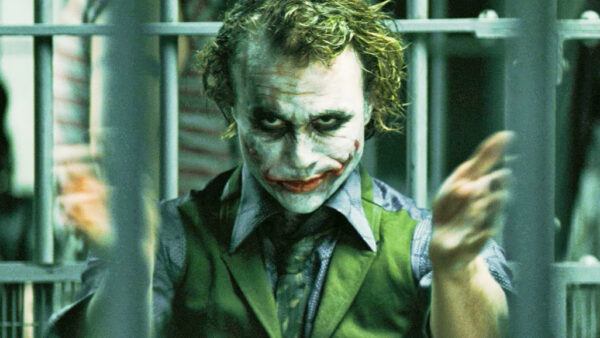 The dark portrayal of the Joker in The Dark Knight will go down as one for the ages. Portrayed by Heath Ledger, the actor would cement his legacy by delivering one of the best movie performances of all time.

Among the many perks, Ledger had to offer for the movie includes his unscripted response when Commissioner Gordon’s promotion was announced. As the Gotham City Police Department claps expressing their happiness, the Joker – sitting alone in his cell – mocked it by teasingly clapping as well while maniacally staring at Gordon.

2. The Line Up (The Usual Suspects) 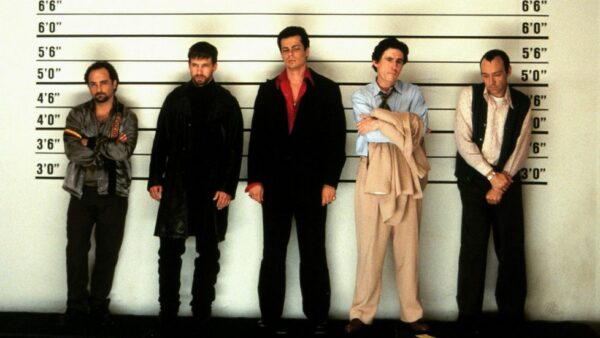 The crime thriller The Usual Suspects has certainly a dark tone to it but managed to sacrifice the gloom for one yet memorable scene. As the suspects stand for a lineup in the police department, the actors were asked to improvise the entire scene while being provided with just one line that all of them had to say one by one.

With the line being,

Comedy and screwing up were inevitable as the actors delivered the line in their unique yet funny way. Visibly trying to out-do one another to the point of not even keeping a straight face, the entire scene resulted in real-life laughs and made it to the final cut. 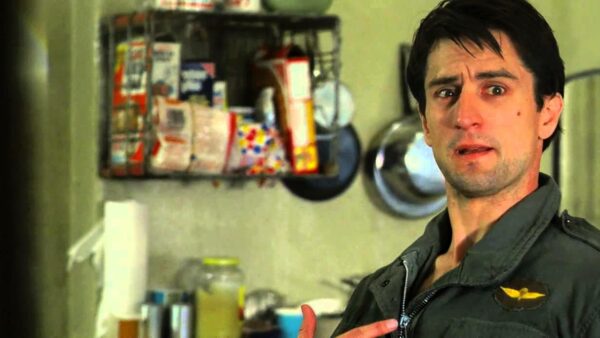 As one of the greatest monologues in movie history, director Martin Scorsese decided to play ball with then-rising star Robert De Niro. While the script vaguely instructed the actor’s character to talk “to himself in the mirror”, De Niro decided to take full advantage of it as he delivered one of the most famous movie lines of all time.

As the actor looked at himself in the mirror while pointing the gun and said:

De Niro established himself as a megastar as the scene became his trademark and one of the most treasured pieces of cinema history.

Hope you like our list of the famous movie scenes that were not in the script. Feel free to share your views in the comments below!