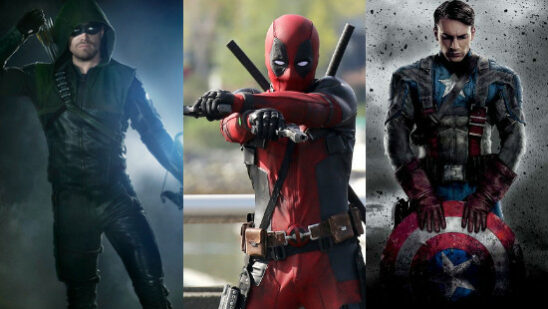 As one of the most dominant genres in Hollywood, superhero movies have established themselves as money-making machines and a grand source of amazement. Like any movie, the leading star is a pivotal role and careful consideration takes place as far as casting the crime fighter is concerned. Though there are dozens of actors who have played a superhero, take a look 15 actors who portrayed two superheroes: 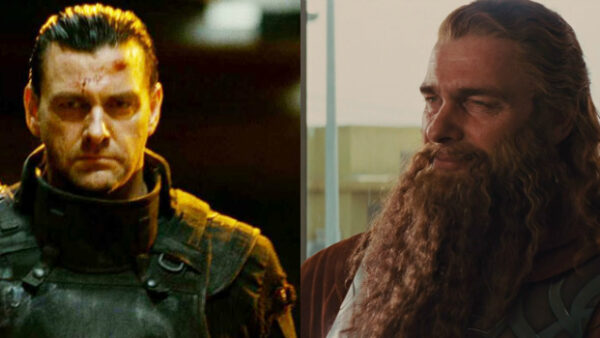 Ray Stevenson not only portrayed Frank Castle aka The Punisher in the movie Punisher: War Zone but also voiced the character in the animated series The Super Hero Squad Show.

Recently, the actor played another comic book superhero from Marvel. As one of the gods of thunder Thor’s most trusted allies, Stevenson played Volstagg in Thor and its sequel Thor: The Dark World. 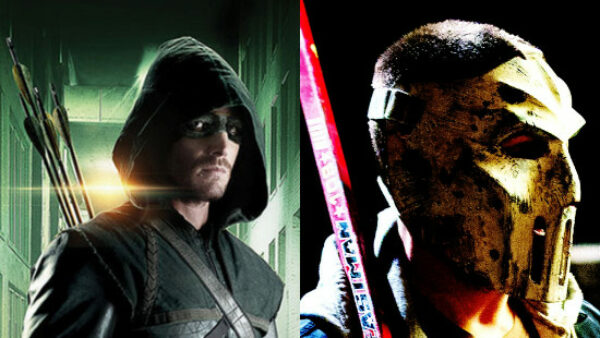 The Canadian actor could not have been happier when he landed the role of DC superhero Oliver Queen aka Green Arrow on The CW’s Arrow. Running for four seasons and counting, the show brings you to the edge of your seats.

The actor got the opportunity to play another superhero with no powers in Teenage Mutant Ninja Turtles: Out of the Shadows. Donning a hockey mask and wielding a hockey stick as Casey Jones, Amell will help the pizza-eating heroes in a half-shell in their crime-fighting adventures. 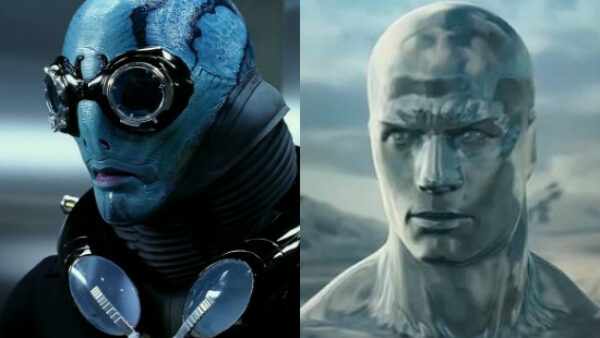 Actors Doug Jones is best known for playing unrecognizable roles and as fate would have it, the two superheroes he portrayed in his career both fall into the category.

Appearing in Hellboy and Hellboy II: The Golden Army, Jones played the psychic alien superhero Abe Sapien and portrayed another alien known as the Silver Surfer in Fantastic Four: Rise of the Silver Surfer. 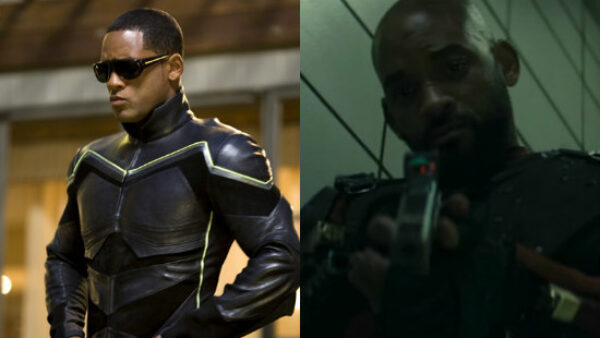 Despite being one of the greatest actors alive today, Will Smith’s first-ever superhero movie Hancock received mixed reviews. Hopefully the same will not be said about Suicide Squad in which the actor portrays the antihero Deadshot.

On an interesting note, Smith was once offered the role of Super-Man but wisely turned it down as he stated: 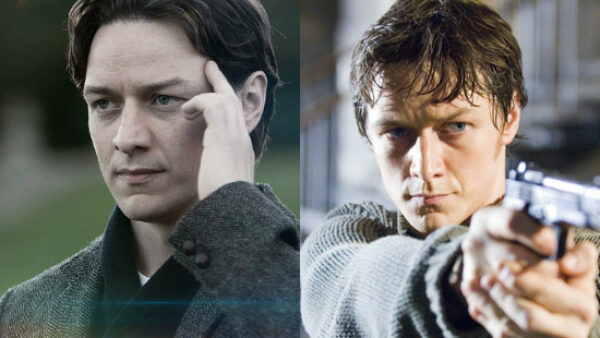 A superhero in his own right, Wesley Gibson is possibly the most exciting character of Top Cow comics. Scottish actor James McAvoy portrayed the self-righteous assassin in the 2008 movie adaption Wanted.

Three years later, the actor portrayed the father figure of mutants, Charles Xavier aka Professor X in X-Men: First Class and its sequel X-Men: Days of Future Past. 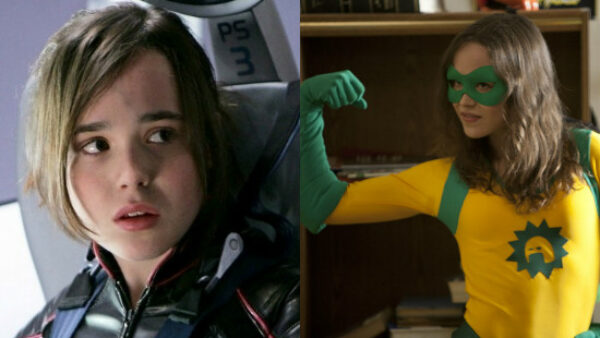 Speaking of X-Men, Ellen Page (now known as Elliot Page) played the youngest member of the team. The walking-through-walls superheroine has been one of the most exciting things to watch in the franchise.

In total contrast to her esteemed superhero portrayal of Kitty Pryde, Page played Boltie, the “kid sidekick” of The Crimson Bolt in the 2010 dark comedy-drama film Super.

Wearing a sexually suggestive costume and having a superhero, the performance of the actress as the so-called superhero Boltie was more of a joke than comedy, and even got herself killed in crime-fighting. 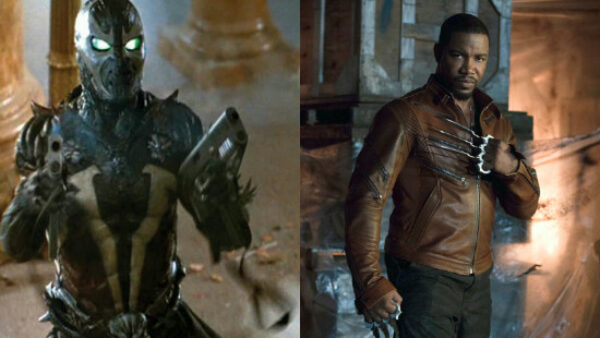 Starting off the article with an actor whose superhero roles were quite frankly forgettable seems an excellent way to make you aware of how crucial casting choices can be. Michael Jai White is a man of limited success yet he portrayed not one but two superheroes.

There are not many superheroes as impressive as the ones in DC and Marvel Comics yet the anti-hero Spawn is one of them. White played the supernatural anti-hero in the 1997 movie Spawn but received negative reviews. Currently, the actor portrays Bronze Tiger in The CW’s television series Arrow. 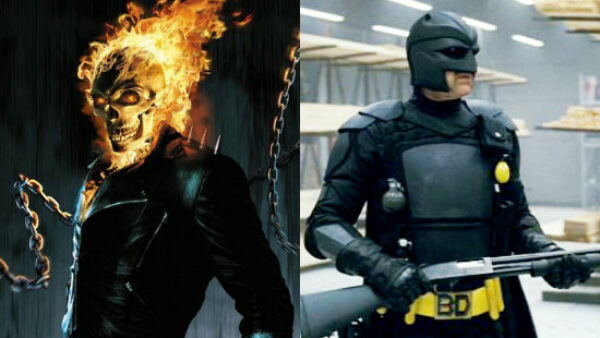 Throughout his career, Nicolas Cage has portrayed tremendous roles with multiple magnetism and that includes the superhero Big Daddy in the Kick-Ass series and of course Ghost Rider in the movie of the same name and its sequel.

On an interesting note, Cage was close to playing another superhero on film. None other than Super-Man in a project assigned to director Tim Burton. The actor even went as far as wearing Super-Man’s costume for screen tests but thankfully, the production was canceled. 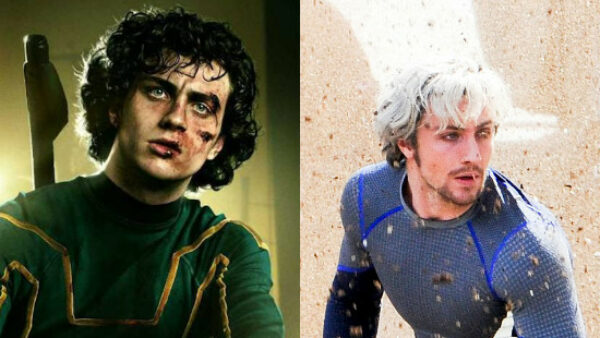 Like every other actor on the list, Aaron Taylor-Johnson has also played two superheroes. Begging acting at the age of six, Aaron got the taste of his first performance as a superhero when he portrayed the unconventional hero Kick-Ass in the movie of the same name and its sequel.

Contrary to the enigmatic personality of Kick-Ass, Aaron portrayed a much cooler superhero in his career later on: the superfast Quicksilver in Avengers: Age of Ultron. Conversely, the character was subjected to a heroic death. 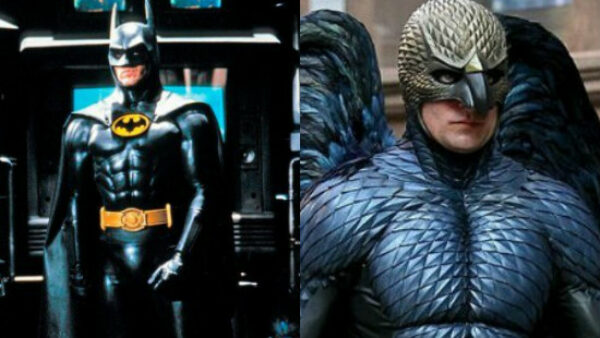 It was a surprising casting decision by director Tim Burton when Michael Keaton was offered the role of The Dark Knight in the 1989 Batman movie. Known for his comedic roles, the fans were not at all pleased with the casting but Keaton proved everyone wrong as he played a great Batman in the movie and its sequel Batman Returns.

The actor got the chance to play another superhero (sort of) in the recently released Birdman: Or (The Unexpected Virtue of Ignorance). Keaton portrayed a washed-up actor Riggan Thomson who was at the peak of his career when he played the superhero. 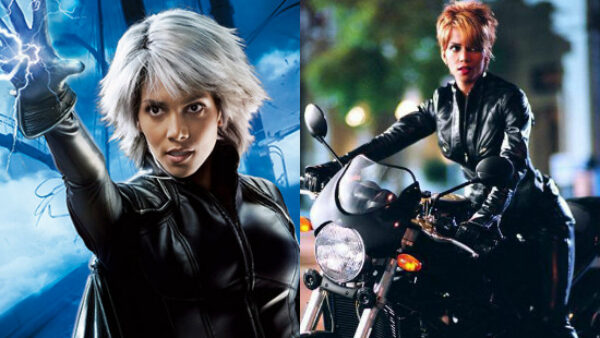 As one of the most impressive actresses in her prime, it was a wise decision by Bryan Singer when he cast Halle Berry as the mutant Ororo Munro aka Storm in X-Men; a role she reprised three more times in the franchise as of date.

Superhero roles can certainly make your career as well as break it as observed from Berry’s performance as Catwoman in the superhero movie of the same name. Intended to be based upon the DC villain Selina Kyle, the character was entirely changed including the origin story and even the name in the film adaption only to receive horrible reviews and in turn killing Berry’s career. 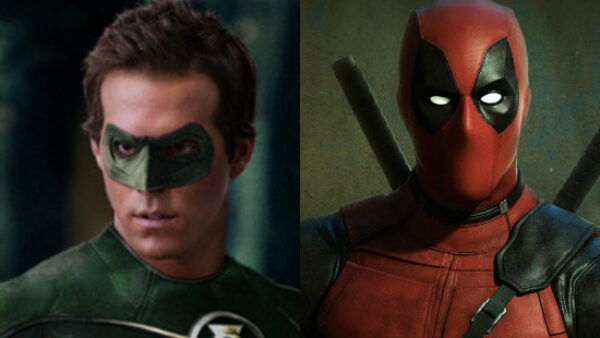 Ryan Reynolds certainly had the best of both worlds as he played superheroes from two of the biggest juggernauts of the comic book industry: DC and Marvel Comics. The actor became a member of the Green Lantern Corps as Green Lantern in the movie of the same name only to receive negative reviews.

Luck was not on Reynolds’ side either when he had to portray Deadpool in X-Men Origins: Wolverine due to the fact that the character was not at all like his comic book counterpart. However, the actor portrayed the Merc with the Mouth one more time in the solo Deadpool movie, this time remaining absolutely true to the comics and receiving universal acclaim. 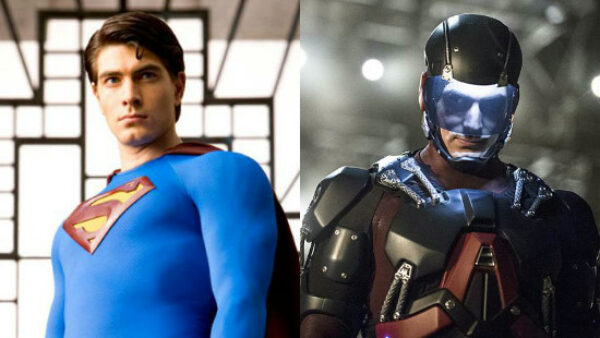 It was Brandon Routh’s big break when the rookie actor was hired by Bryan Singer to play the Man of Steel in the reboot of the Super-Man franchise. Bent on starring an unknown actor for the lead role, Superman Returns failed to live up to the expectations, and Routh’s career took a severe blow.

Another superhero role came for Routh as the actor portrayed The Atom in The CW’s hit show Arrow. With better results than his previous superhero performance, Routh received positive reviews and became a recurring character during the show’s third season. 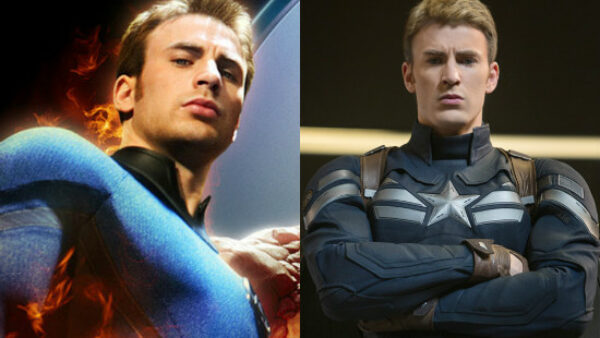 Film adaptions of Fantastic Four have always faced bad luck in cinema and it is safe to say that Chris Evans was probably not content with the role of Johnny Storm aka The Human Torch. Portraying the superhero in the movie and the sequel, was at the time the biggest role of the young actor.

However, Evans got the chance to play even a bigger role a few years later as he portrayed another Marvel Comics superhero, Captain America. The iconography of the first Avenger stuck with Evans as the actor portrayed it multiple times in the Marvel Cinematic Universe. 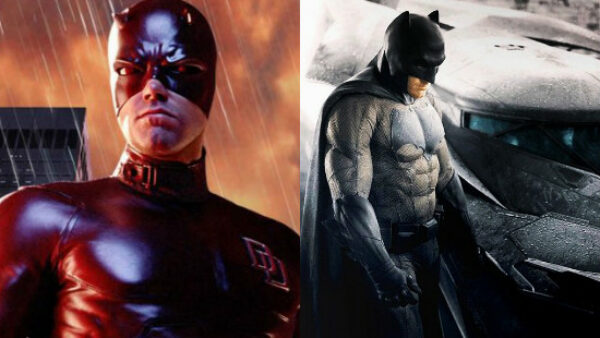 Among the movies that destroyed careers, the 2003 superhero film Daredevil is one of them. Receiving immensely negative reviews, leading actor Ben Affleck fell into a pit of criticism but the role proved to be a blessing in disguise as it got him romantically linked with co-star and future wife Jennifer Garner.

Furthermore, the actor turned to the direction and achieved an incredible amount of success. Due to Affleck’s horrible record of playing Daredevil, one can only imagine what was going through director Zach Snyder’s mind.

When he finalized the actor as none other than The Dark Knight in Batman V Superman: Dawn of Justice. The internet exploded with shock and disapproval towards the casting but Affleck had his fingers crossed. The film upon release got hammered by the critics but Affleck’s performance was praised nonetheless.

Did we miss any of the actors who portrayed two superheroes? Please let us know in the comments below!