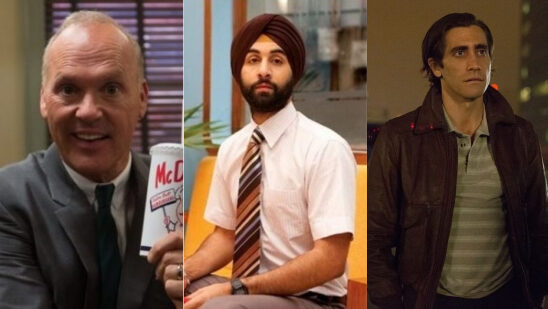 When it comes to thinking outside the box, a creative entrepreneur can cross to any lengths to obtain inspiration for a lucrative start-up. However, sometimes all it takes is one great movie that bestows an innovative direction toward a successful business. Here are the 15 best movies for entrepreneurs: 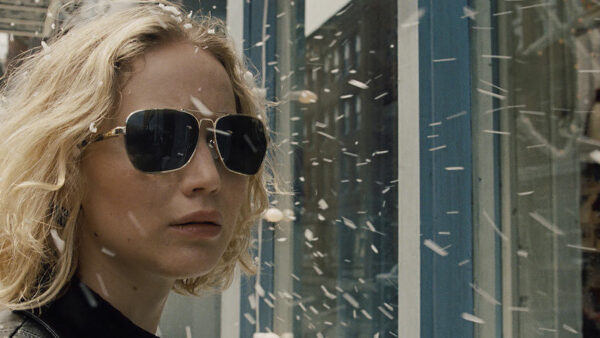 Based on the life of inventor and entrepreneur Joy Mangano, Joy is a true underdog story. Financially crippled and haunted by her broken marriage, Joy valiantly turns her life around after inventing Miracle Mop, a user-friendly self-wringing mop that does not make the hands wet.

Her journey was not without a few roadblocks as Joy gradually discovers how arduous it is for businesswomen to thrive and how swiftly allies can turn into enemies. Though the movie definitely has its flaws, leading actress Jennifer Lawrence makes up for it with her Oscar-worthy performance. 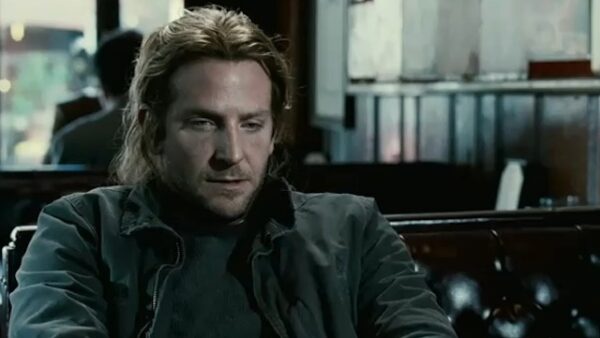 Following his dismissal from his job and a distressing breakup with his girlfriend, Eddie Morra (portrayed brilliantly by Bradley Cooper) is down on his luck and a dwindling author. Once he tries a sample of the untested drug NZT-48 provided by the brother of his ex-wife, his mental capacity enhances astonishingly and he is able to recall every book he has ever read.

With his newly formed skill and reignited motivation, Eddie completes his first book and decided to enter the realm of investing. With finance tycoon Carl Van Loon by his side, the pair embarks on a quest to make a fortune. 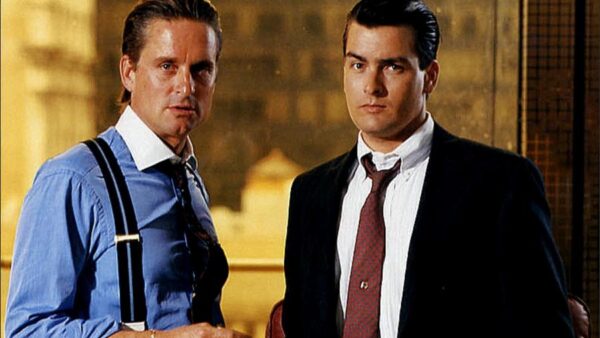 Way back when Charlie Sheen was a promising rising star in Hollywood and not making headlines for his ongoing drug addictions and being notoriously difficult to work with, he starred in the acclaimed drama movie Wall Street.

Directed by Oliver Stone, the movie revolves around junior stockbroker Bud Fox doing whatever he can to reach the top under the influence of wealthy but suspicious corporate raider Gordon Gekko. Wall Street is a must-watch for any entrepreneur who often finds himself in a tug-of-war between greed and principles. 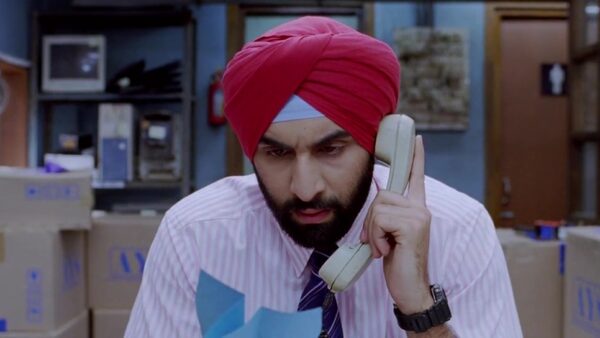 Even Bollywood has released worthwhile movies that can inspire an entrepreneur and Rocket Singh: Salesman of the Year is definitely the best of the lot. Starring heartthrob Ranbir Kapoor as Harpreet Singh Bedi, the character is a B Com graduate with merely 38.72% marks.

Despite the embarrassingly low score, he lands a salesman job at AYS Computers. Employing his wit and clever maneuvers instead of his educational knowledge, Harpreet daringly proves that his educational marks are not a true reflection of his professional aptitude. 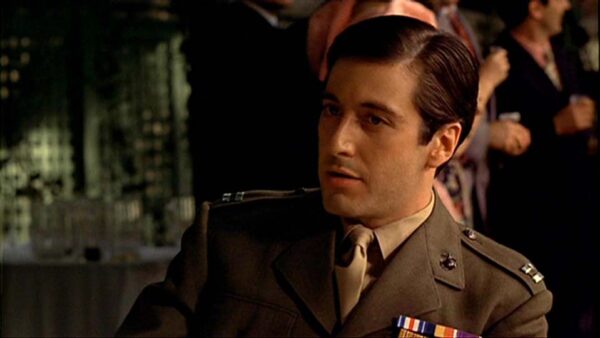 Inspirations can be obtained from a wide variety of movies including the crime genre. If you disregard the criminal content of The Godfather, the movie is a perfect guide for successful businessmen and cunning entrepreneurs.

The Corleones are unlike any other family in New York. Due to choosing crime as their profession, the family exemplifies the very essence of profitable business deals, tactful negotiations, working side by side with adversaries if it leads to mutual benefits, and of course, eliminating competition. 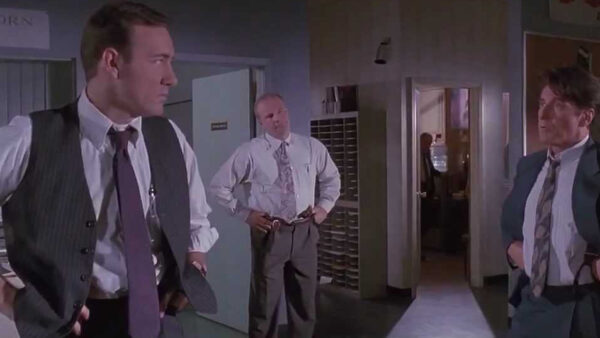 With Hollywood heavyweights such as Al Pacino, Ed Harris, Kevin Spacey, Alec Baldwin and Jack Lemmon cast as leading stars, the movie is one of the most epic experiences that visually encapsulates drama and business.

When four real estate salesmen working in a New York firm are informed that only two of them would remain employed by the end of the week, things only get complicated. With their jobs possibly blowing up in smoke, the four salesmen do whatever is absolutely necessary to keep their jobs. 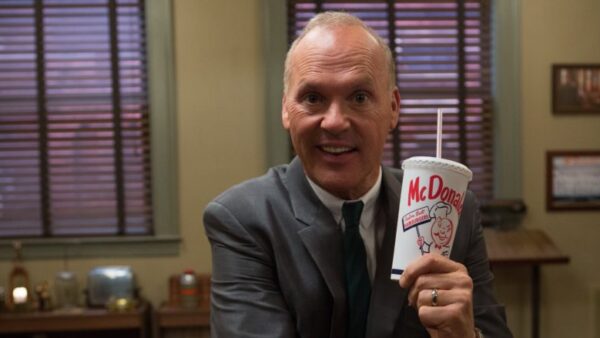 As one of the most commercially successful fast food restaurant chains in the world, it is not surprising to realize that McDonald’s has quite a shady history. Set up as a burger joint in Downey, California, by brothers Maurice and Richard McDonald, it was eventually franchised by milkshake mixer salesman Ray Kroc.

Impressed by the speedy mechanical cooking system of the restaurant, Kroc joins the brothers in their venture but clandestinely takes over the company and the rights to their last name. The Founder is a far cry from the happy-go-lucky vibes of McDonald’s as it unapologetically shows how lies and deceit are inevitable when it comes to daringly transforming a burger joint into a multi-billion dollar empire. 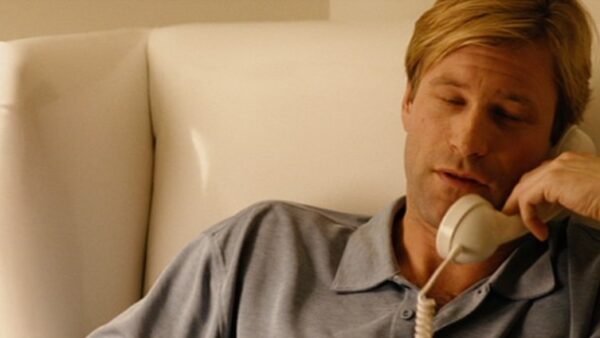 One of the most defining features of a successful entrepreneur is the extraordinary ability to defend a weak cause in a seemingly one-sided debate. The aforementioned skill is learned with experience but could be taught or comprehended upon watching the satirical comedy, Thank You For Smoking.

The public image of the tobacco industry could not have been in safer hands when Nick Naylor stepped forward as its determined lobbyist. With his innovative arguments and undying charisma, he flawlessly defends the cigarette industry in the most perplexing predicaments. 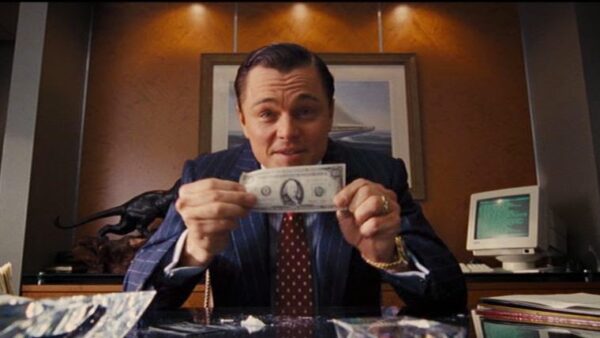 Jordan Belfort lived quite a lavish lifestyle courtesy of the boatload of money he earned from swindling people. The con man was quite a notorious stockbroker on Wall Street yet serves as a role model for aspiring salesmen.

His biopic starring Leonardo DiCaprio made the audience root for him despite being the bad guy because he was a cunning stockbroker who woke up the salesman inside the viewers. Do not let the emphasis on fraud mislead you as The Wolf of Wall Street is a lecture on executing efficient sales tactics, being a better negotiator, and gaining the trust of your customers. 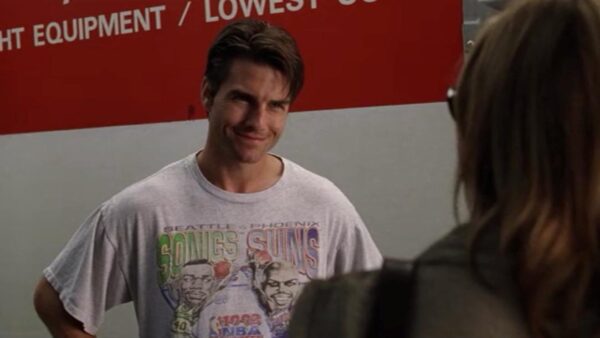 Proving that he can pull off excellent dramatic performances as his action ones, Tom Cruise stole the hearts of every viewer by starring as sports agent Jerry Maguire and earned his second Academy Award nomination.

After getting fired for proposing that sports agents should focus more on their existential clients instead of having more of them, Maguire sets up his own agency. With a single mother as his sole partner in his new business and only one client under his supervision, the venture progressively flourishes. Winning one of its five Academy Award nominations, Jerry Maguire is an accurate example of how hard work and perseverance lead to success. 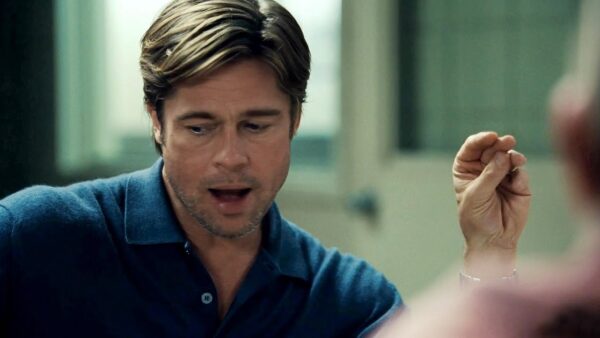 Do not judge a book by its cover as Moneyball might seem like a baseball movie at first glance but it is actually a detailed guide on making wise decisions if stuck with limited resources.

Billy Beane (portrayed by Brad Pitt) is a general manager of the Oakland Athletics baseball team but upon further inspection, he is a true reflection of an entrepreneur. Due to a shoestring budget for his team, he dares to challenge the conventional norms of baseball and dares to think outside the box. Determined to make sure that his team tastes glory, he devises avant-garde recruitment techniques in order to outsmart wealthier teams. 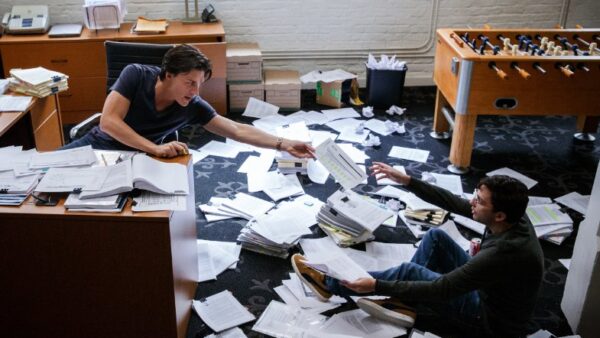 A key trait that differentiates an entrepreneur from a regular businessman is the capability to look beyond a timeframe and predict a possible disaster. Informing everyone about an incoming catastrophe is a noble act but an entrepreneur will seize the opportunity and take advantage of it.

As showcased in The Big Short, America is on the verge of an economic collapse and three calculating men from Wall Street make a gigantic profit off the impending crisis. Nominated for five Academy Awards, the movie won one for Best Adapted Screenplay. 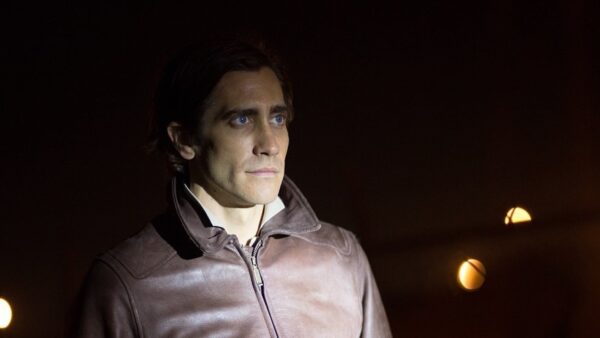 Recognizing an opportunity and building your career around it is the very first step for an aspiring entrepreneur. One can definitely learn a thing or two about it from petty thief Lou Bloom (played by Jake Gyllenhaal).

Armed with only a camcorder and a police radio scanner, Bloom makes a living by covertly traveling across Los Angeles to record videos of criminal activities. As he sells the footage to local news, Bloom precisely demonstrates how much it is necessary for an entrepreneur to identify a potential business opportunity out of even the worst situations.

The gargantuan success exhibited by Apple Inc. and Microsoft Corporation might never be replicated ever again. The two companies have been the leading technological juggernauts for several years but it did not happen overnight.

As role models for numerous businessmen and entrepreneurs, Steve Jobs and Bill Gates were always at odds but the world flourished in terms of technological advancements as a result of their historic rivalry. If you intend to gain some inspiration from the two high-tech moguls by means of a biopic, look no further than Pirates of the Silicon Valley. 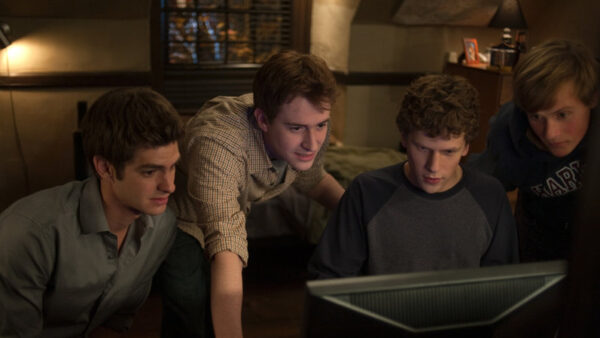 If there is one movie that instantly motivates viewers to come up with an idea for a unique website, it is definitely The Social Network. The momentous journey of Mark Zuckerberg founding Facebook and eventually becoming the world’s youngest billionaire was not without its stumbles.

That path had ferocious consequences that included falling out with friends and partners who supported you since day one. Centrally focusing on the controversial lawsuit against Zuckerberg amidst his rise as a technological entrepreneur, The Social Network gives a glimpse of how he constantly pushed the envelope in order to succeed and that is exactly what made him such an inspirational figure among savvy entrepreneurs.

We cannot resist mentioning the following movies as well:

Hope you enjoyed reading our list of best movies for entrepreneurs. Feel free to share your views in the comments below!