15 Prominent Movie Mysteries And Their Solutions 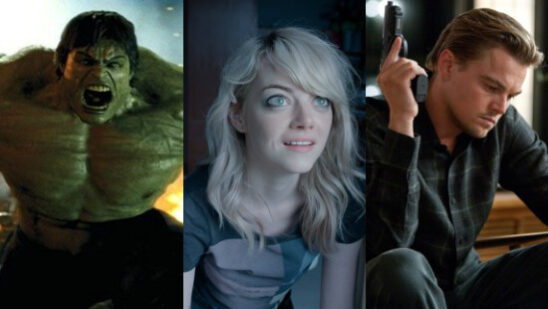 Some movies fail to gather every piece of the puzzle and even though many of them end with a happy ending, they leave something for the viewers to scratch their heads on. Over the years, fans have pondered over several movie mysteries yet to be solved and if you are one of them, you are in luck. Forget hiring a detective and check out these 15 prominent movie mysteries and their solutions: 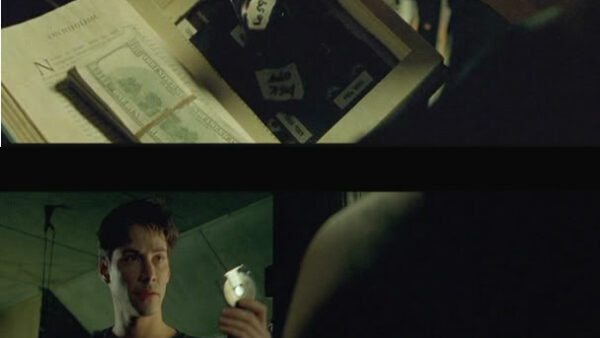 There must be something really special about Thomas Anderson’s disc. A dude not only takes the disc from him in person but also pays $2000 for it and calls him his savior and personal Jesus Christ.

Afterward, Neo leaves for a party and the disc is never brought up again. An early script draft for The Matrix reveals that the disc was mere software to help the dude clear his parking tickets. 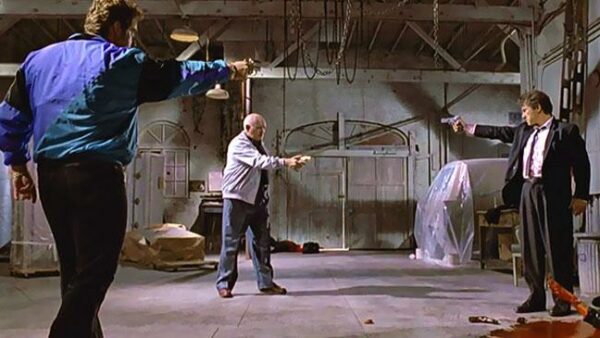 The climactic scene of Reservoir Dogs showed Mr. White, Joe, and Eddie in a Mexican Standoff.

Mr. White was supposed to shoot Joe and then Eddie before getting squibbed but what happened was the squib on Mr. White went right off after shooting Joe so he went down before Eddie’s squib went off. So in reality, nobody shot Eddie. Director Quentin Tarantino said:

“You know what? It’ll be the biggest controversy of the film. We’re leaving it.”

13. How Many Days Did Phil Spend in Punxsutawney? 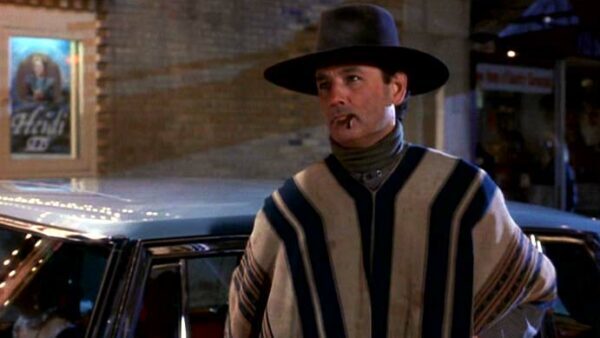 Starring Bill Murray, Groundhog Day features a unique tale of TV meteorologist Phil Connors stuck in a time loop and is forced to relive February 2nd every time he wakes up. Though he finally breaks the curse once he scores with news producer Rita Hanson, the number of days he spends in Punxsutawney is never mentioned.

Even director Harold Ramis is unsure of the exact amount as his answer has occasionally varied. In the DVD commentary, Ramis believes that 10 years pass but in an e-mail response to Heeb magazine, he stated that:

According to actor Stephen Tobolowski, he was told by Ramis that Phil was stuck for 10,000 years in the loop.

12. Who Opened The Pantry Door in The Shining? 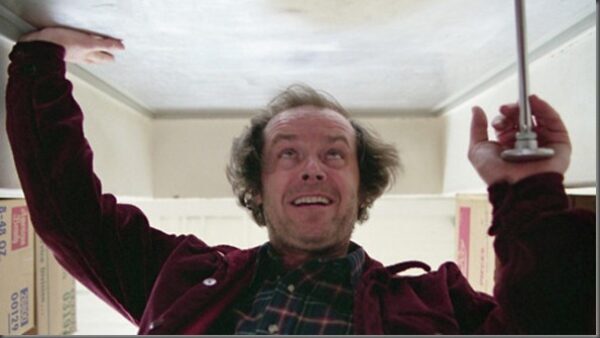 The mystery has two possible answers depending on the audience’s perspective. If the viewer believes that the Overlook Hotel is haunted, then ghost Delbert Grady opened the pantry. If otherwise, Jack Torrance opened it since Wendy Torrance failed to close it securely.

Director Stanley Kubrick clarified and revealed that the “paranormal is genuine” and Jack’s mental state:

Therefore, one of the ghosts opened the pantry and Grady is the most likely option. 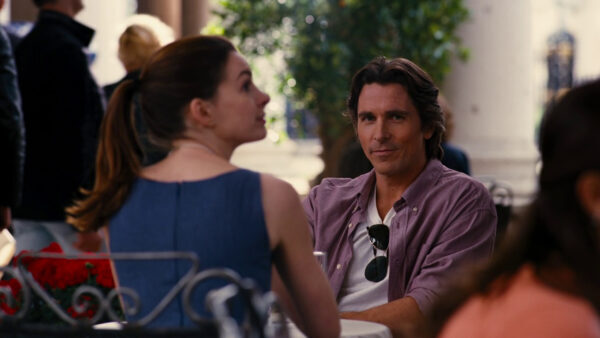 At the end of The Dark Knight Rises, Alfred Pennyworth goes to Florence and sees the supposedly dead Bruce Wayne finally settled but many viewers have dispelled it as mere imagination of the faithful butler.

In the words of the actors behind the two characters, Michael Caine has stated that it “was no imagination” while Christian Bale has stated:

“I find it very interesting and with most films, I tend to say, ‘It’s what the audience think it is.’ My personal opinion? No, it was not a dream. That was for real and he was just delighted that finally he had freed himself from the privilege, but ultimately the burden, of being Bruce Wayne.” 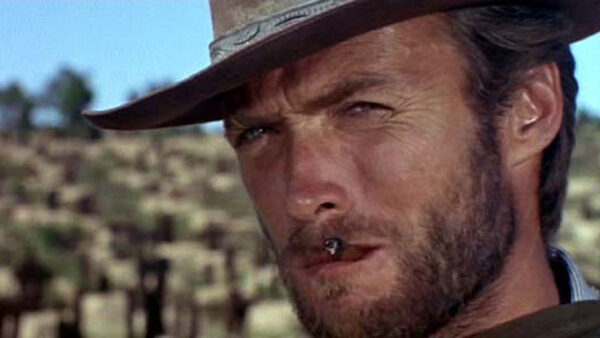 Perhaps the bigger question is what is the real name of The Man With No Name? Since that has never been solved, let’s stick to the second most asked question about the iconic character.

During its appearances in the Dollars Trilogy, the character has always been a loner and hardly pairs with partners. As explained in the novel The Devil’s Dollar Sign, when he started his career as a bounty hunter, he had a partner named “Foot Sick” Feebly who had a foot fetish.

After accidentally stumbling upon him indulging in his fantasy, The Man With No Name made a vow to never have a partner again. 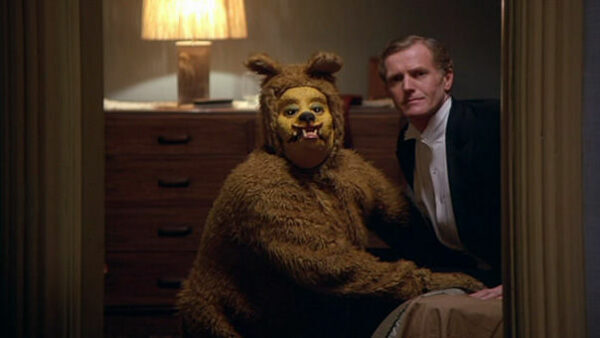 During Wendy Torrance’s freaking outbreak in the Shining, she sees a man dressed as a dog on his knees in front of an elderly person. The entire scene seems irrelevant since it is never fully explained or addressed.

In Stephen King’s novel of the same name, it is revealed that the man dressed as a dog is a sex slave in a homosexual sadomasochistic relationship with the elderly man. He is forced to behave like that for the amusement of his “master”.

8. What Happens at The End of Birdman? 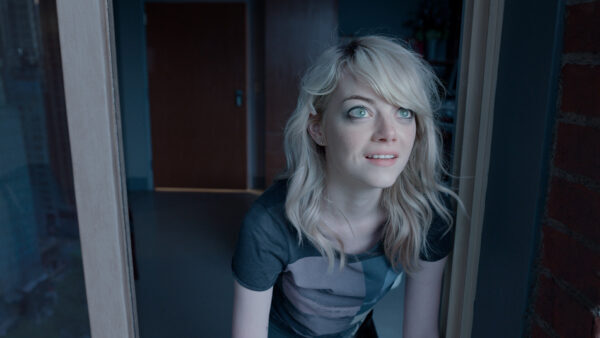 Alejandro G. Iñárritu’s Birdman ended with Riggan Thomson in a hospital. When his daughter Sam visits him, she finds the room empty and looks below the window outside, and steadily looks up with a smile.

This implies that Riggan actually had superpowers or Sam – being a drug addict – saw a figment of her imagination. However, writer Alexander Dinelaris, Jr. says that Alejandro was:

“I’m still trying to figure it out.”

7. How do Hulk’s Pants Always Stay On? 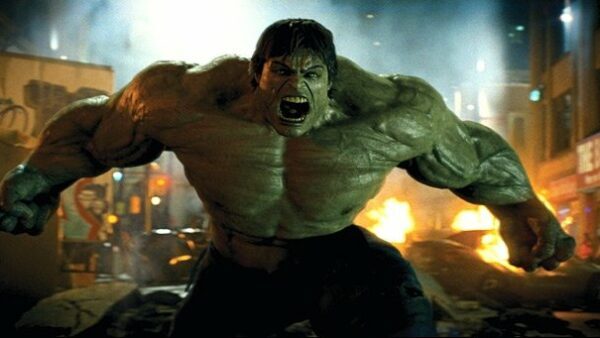 Whether it’s animation or live-action, whenever Dr. Bruce Banner turns into the Hulk, every piece of his clothing gets ripped off except his pants. Why? Well, for obvious reasons, no one wants to see the private parts of the green monster but what about a possible explanation?

As ridiculous as it may sound, Reed Richards of the Fantastic Four created special super stretchable pants for Banner for such occasions and that is the answer from none other than Stan Lee – co-creator of both comic book characters.

6. What is in The Briefcase in Pulp Fiction? 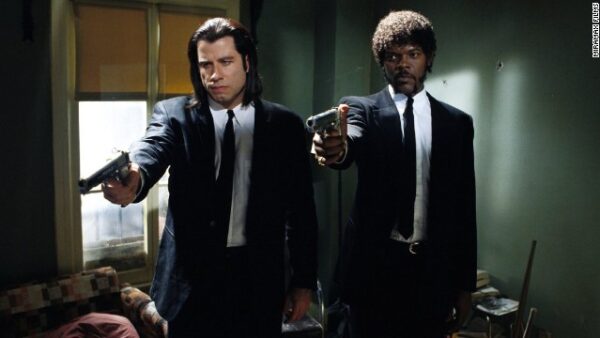 Director Quentin Tarantino states that the content of the briefcase is a MacGuffin – a term that is described as something unimportant to the plot. On another occasion, Tarantino told that it is:

“whatever you want it to be.”

Whenever it opens, a beam of orange light comes out of it due to the presence of a bulb placed inside by the production team but what is actually inside it in terms of the storyline? According to the script, the briefcase contained diamonds.

5. Was Cobb Dreaming at the End of Inception? 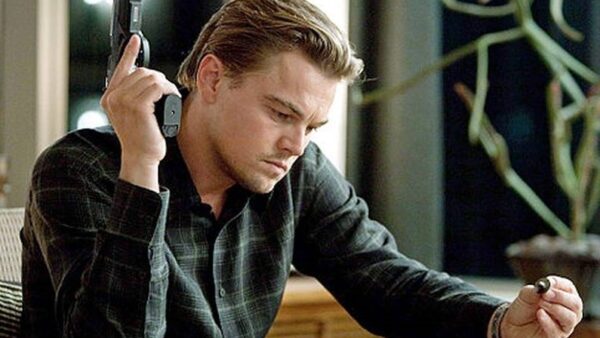 Despite being the most asked question when Inception hit cinemas, director Christopher Nolan admits that he often skipped “out of the back of the theatre” to avoid answering it. At the end of Inception, Cobb’s totem keeps spinning; making it unclear whether he was in reality or a dream while meeting his kids.

After getting tired of avoiding the question, Nolan finally gave some answers and stated that the character was “in his own subjective reality” and requested the audience to “chase your reality”. 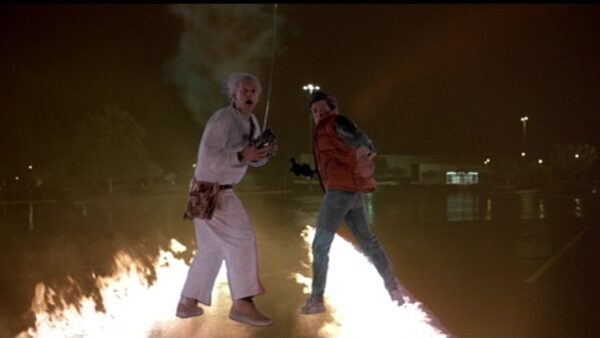 In Back to the Future, Marty McFly met his friend Doc Brown for the very first time in 1955 when the former traveled back in time but how they met in their actual timelines and became friends is never shown. The movie’s producer and co-creator addressed their first encounter and stated:

“For years, Marty was told that Doc Brown was dangerous, a crackpot, a lunatic. So, being a red-blooded American teenage boy, age 13 or 14, he decided to find out just why this guy was so dangerous. Marty snuck into Doc’s lab, and was fascinated by all the cool stuff that was there. When Doc found him there, he was delighted to find that Marty thought he was cool and accepted him for what he was. Both of them were the black sheep in their respective environments. Doc gave Marty a part-time job to help with experiments, tend to the lab, tend to the dog, etc.”

3. What Did Bill Murray Whisper in Scarlett Johansson’s Ear? 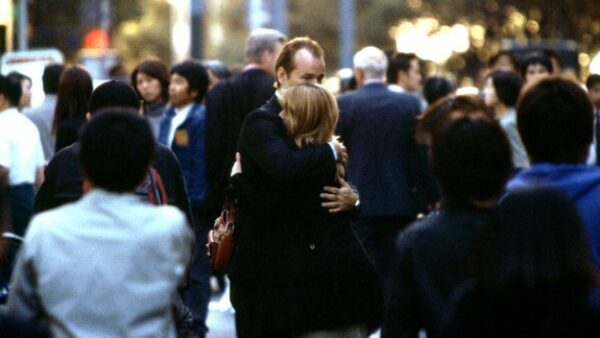 Without a doubt, Lost in Translation was notable for its unique ending in which Bill Murray whispers something in Scarlett Johansson’s ear before they share a kiss and go their separate ways.

Director Sofia Coppola insists that even she does not know what was whispered as it remains “between the two of them” but digital processing of the audio reveals that Murray whispered:

“I have to be leaving, but I won’t let that come between us. Ok?”

2. What is Inside The FedEx Package in Cast Away? 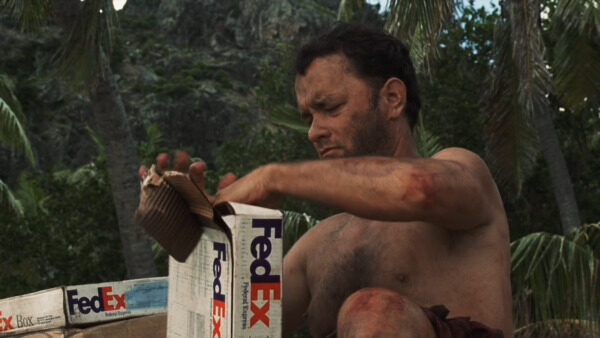 Stranded on a deserted island, FedEx worker Chuck Noland battles isolation and holds on to an unopened package he has to deliver. After four years of carrying it, he finally delivers but leaves the audience puzzled over the contents of the package.

When asked about it, director Robert Zemeckis answered that the package contained a waterproof, solar-powered satellite phone.

Where Was The Joker in The Dark Knight Rises? 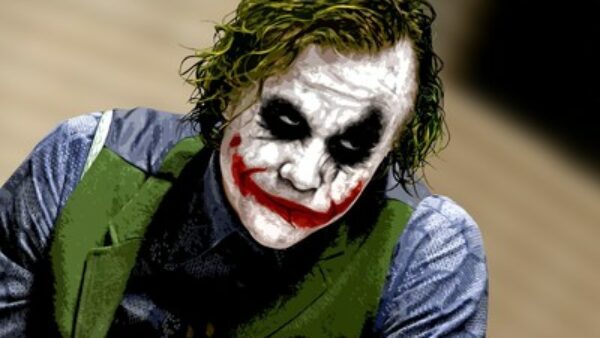 Out of sheer respect for Heath Ledger, director Christopher Nolan chose not to address the Joker in The Dark Knight Rises but one has to wonder about the character’s fate in the movie.

In the official novelization of the movie, author Greg Cox mentions the Clown Prince of Crime as the book reads:

“The worst of the worst were sent here, except for the Joker, who, rumor had it, was locked away as Arkham’s sole remaining inmate. Or perhaps he had escaped. Nobody was really even sure. Not even Selina.”

Did we miss any of the popular movie mysteries out there on our list? Please let us know in the comments below!