15 Actors Who Portrayed Other Famous Actors 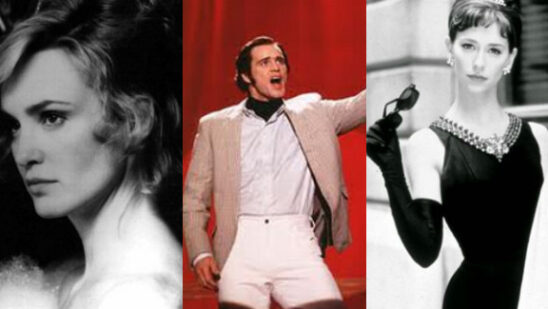 The movie industry is certainly one of the most interesting ventures of entertainment. It has produced movies on historical figures, politicians, fictional characters, and even the pioneers of the industry itself. Playing a role is hard enough but portraying another famous actor is quite a handful and the following are 15 actors who portrayed other famous actors: 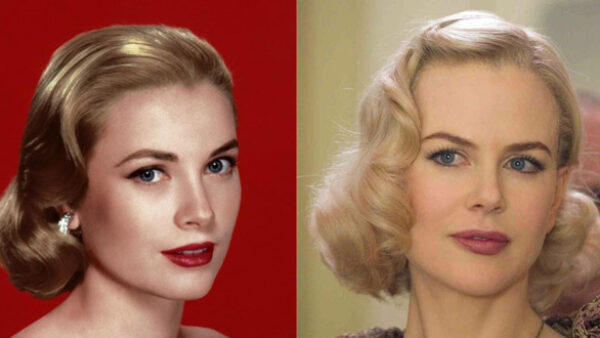 Nominated for three Academy Awards and winning one, Nicole Kidman is one of the most outstanding actresses in Hollywood today and always manages to have the spotlight on her with breath-taking performances and the role of Grace Kelly was no different.

Starring as the future Princess of Monaco in Grace of Monaco, Kidman reintroduced grace in the deceased actresses but the performance was overlooked due to the poor execution on the part of Olivier Dahan while directing the movie. 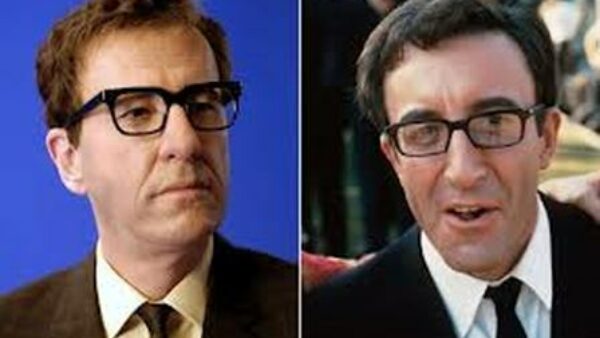 Peter Sellers was one of the most influential actors and comedians of his time. Best known for his role of clueless Chief Inspector Clouseau in The Pink Panther series, the actor’s life was a major contrast with the comedic antics of the roles he portrayed throughout his illustrious career.

From his struggles of making it big in the business to having a proper life of his own, Academy Award-winning actor Geoffrey Rush recreated the magic of Sellers by starring as the title character in The Life and Death of Peter Sellers and received much acclaim. 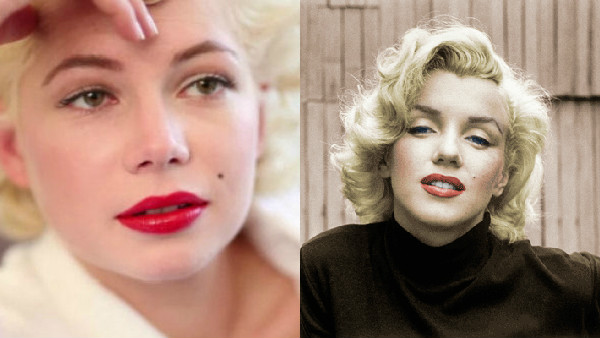 There is no other actress more synonymous with beauty and glamour than Marilyn Monroe. Once her aim of becoming a model was achieved, she immersed herself in international superstardom and continues to serve as an inspiration for every woman who dreams to make it big.

Sure that Monroe has been portrayed by a dozen actresses in theatre and movies, but it is Michelle Williams who stands out as the most remarkable one. Bringing the spirit of the dazzling diva back to life in My Week With Marilyn, the actress won the Golden Globe Award for Best Actress for the role. 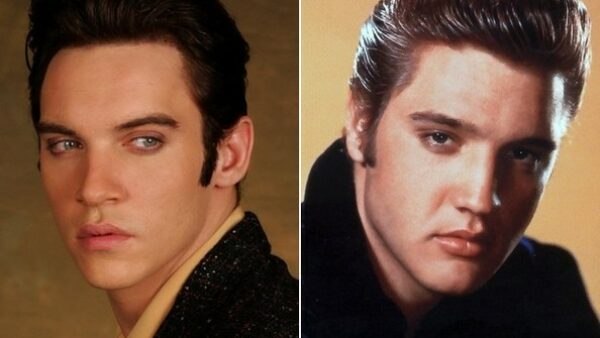 Regarded as the most significant musician in rock and roll, Elvis Presley was able to utilize his charisma in music and catapult himself to a successful movie career. As strange as it may sound, the American icon was portrayed by an Irish actor in the CBS miniseries Elvis.

When Jonathan Rhys Meyers was hired to replicate the King’s journey from his high school years to immense fame, he certainly had big shoes to fill and the dedicated performance paid off as the actor won the Golden Globe Award for Best Actor for the role. 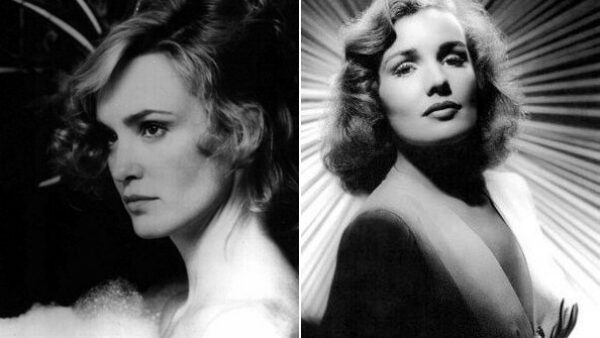 The sensationalized life of actress Frances Farmer can make anyone think twice about entering show business due to the immense risks of their lives engaging in emotional troubles and psychological dilemmas. Once her career dwindled following an arrest and involuntary commitment to a mental asylum, Farmer realized how cruel the spotlight can be.

The transcendence of the actress and her decline were the subject of the biopic Frances with Jessica Lange in the lead. The role established her as a force to be reckoned with among Hollywood actresses as she got her first Academy Award nomination for Best Actress but lost to Meryl Streep. 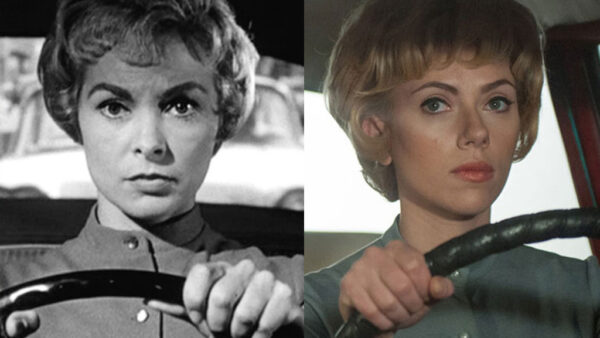 The 2012 Alfred Hitchcock biopic Hitchcock starring Anthony Hopkins as the master of suspense was met with mixed reviews but the overall performances of the star-studded cast were widely appreciated.

The movie revolves around the director’s time during the shoot of his most acclaimed thriller-horror film Psycho and that is where Scarlett Johansson comes in.

Playing the lead female role in the film Janet Leigh, the actress did not treat her character as a filler personality and made sure she gave a very resounding performance which she credited the make-up and wardrobe team for. 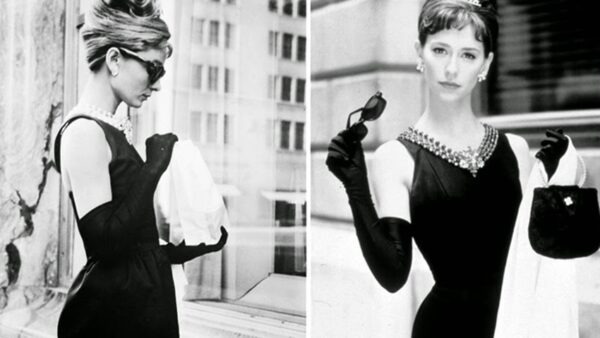 As far as the physical and facial resemblance is concerned, that is not the only thing that matters when it comes to pulling off a good biopic and The Audrey Hepburn Story is an example.

The movie was anything but great. Nonetheless, the performance of Jennifer Love Hewitt starring as the actress and humanitarian Audrey Hepburn was noticed and received much appraisal. 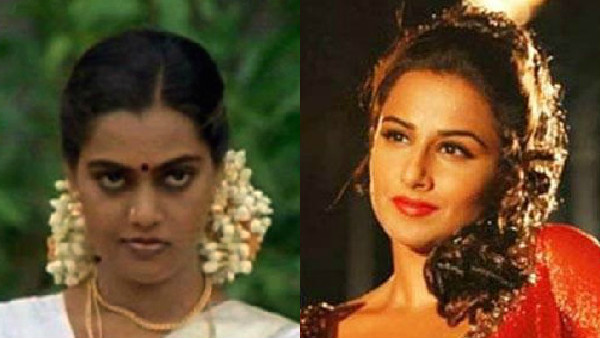 Utilizing the harsh elements of the personal and backstage problems faced by the exotic performer during her troubled times, the movie heavily relied on emotional scenes as well and won tons of awards including the Filmfare Award for Best Actress by Balan. 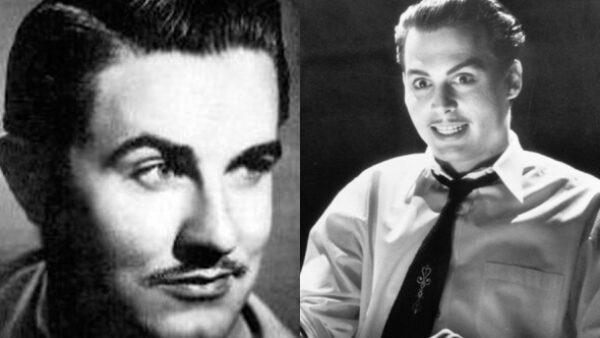 The frequent collaboration between director Tim Burton and actor Johnny Depp always manages to produce thrills and the biopic Ed Wood about the actor and director of the same name is no different.

So committed to his role, Depp was able to capture and reproduce the genius and even madness of the cut filmmaker so beautifully that it cemented his professional status as a very flexible actor. 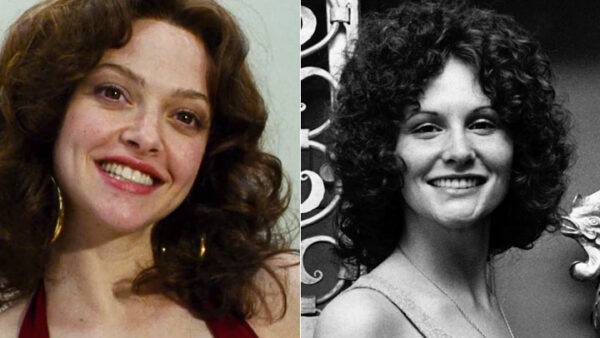 Perhaps the most vocal pornographic actress of all time, Linda Lovelace was unmatched as far as her profession was concerned and legitimized her success by starring in Deep Throat – one of the highest-grossing pornographic movies. Her career reached a sudden halt once she became a born-again Christian and the spokeswoman for the anti-pornography movement.

Her exotic life was covered in the biopic Lovelace with Amanda Seyfried starring as the title character. Despite having a limited release and financially failing at the box office, Seyfried’s performance and the movie were met with positive reviews. 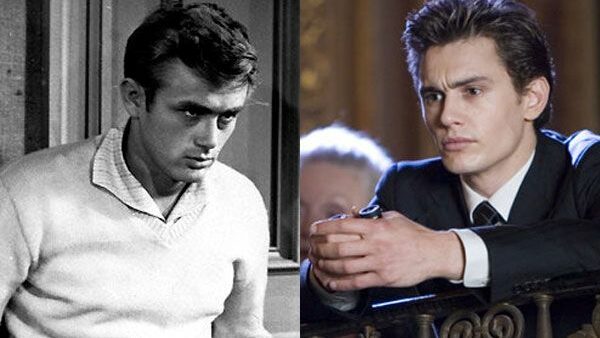 It is no secret that the resemblance between James Franco and James Dean is uncanny but the same thing cannot be said about their personal habits. To do the role of justice in the biopic James Dean, Franco learned to ride a motorcycle, play the guitar, and started smoking.

The role was executed with sheer dedication despite the actor being a non-smoker and to top it all off, Franco won the Golden Globe Award for Best Actor for his performance. 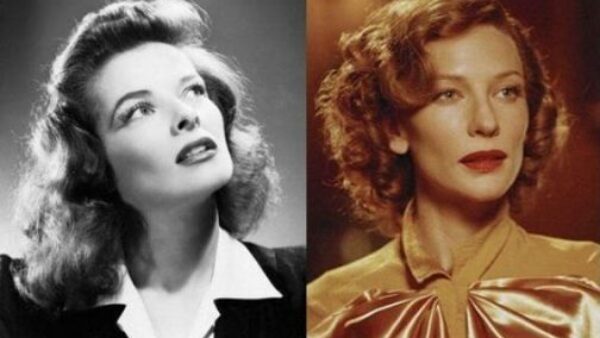 Among the dozens of actors and actresses who have portrayed the pioneers of Hollywood throughout its history, only Cate Blanchett has won an Academy Award for such a role. Starring the beautiful actress Katherine Hepburn in the biopic The Aviator, the movie was a tremendous success.

Winning five Academy Awards from its eleven nominations, it was the supporting actress Blanchett stealing the movie from her co-stars Leonardo DiCaprio and Alan Alda – both nominated for an Academy Award for their performances but lost to Jamie Foxx and Morgan Freeman, respectively. 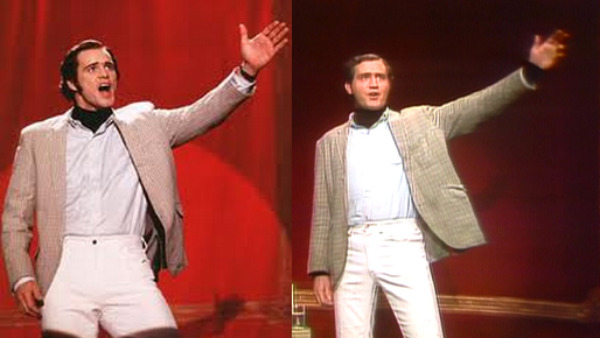 When it comes to impersonations, Jim Carrey is second to none. When tasked to portray the legendary entertainer Andy Kaufman in the biopic Man on the Moon, Carrey took his role to perfection and refused to break character to the point of preferring to be called by Kaufman’s name instead of his.

The movie gave a glimpse of the inside jokes and scams Kaufman pulled for which he was famous; particularly his commitment to the character of Tony Clifton and the feud with professional wrestler Jerry “The King” Lawler. Despite several historical inaccuracies, Man on the Moon received positive reviews and Carrey won his second Golden Globe Award for Best Actor. 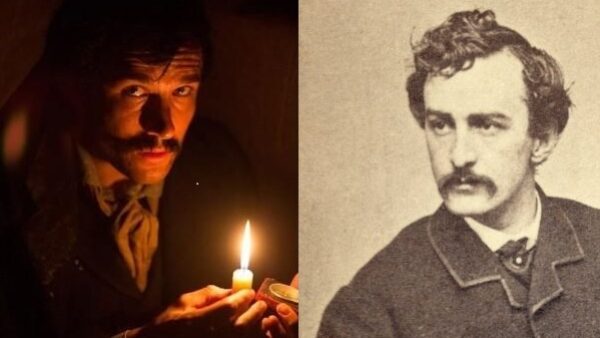 Among the actors who have committed horrible crimes, John Wilkes Booth stands out as the most notorious one because of single-handedly killed President Abraham Lincoln. National Geographic Channel’s documentary Killing Lincoln covered the tragic assassination and it provided actor Jesse Johnson with his breakout role.

His performance as the stage actor Booth stole the spotlight from every other character including Lincoln and was received with extreme positivism. With his unsympathetic mannerisms and the sense of supporting slavery, Johnson reminded everyone of the hatred Booth so richly deserves from the country. 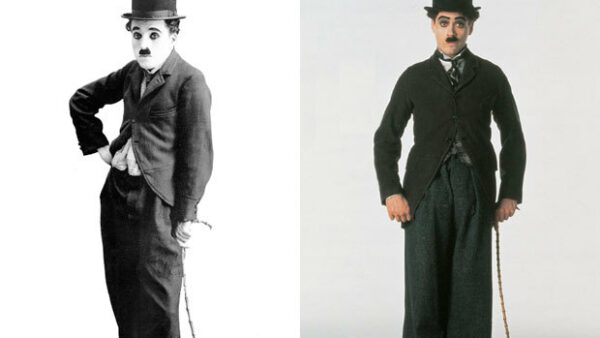 Undoubtedly the most recognizable actor of all time, Charlie Chaplin was a marvelous artist in comedy and has a legacy that can never be replicated by any other performer in the industry. Once the production of the biographical drama movie Chaplin began, the casting of Robert Downey, Jr. as the lead role proved to be a perfect selection.

Downey, Jr. watched every Chaplin movie he could get his hands on and practiced his mannerisms on a daily basis to nail the role. Receiving immensely positive reviews, the actor earned his first Academy Award nomination for Best Actor and established himself as a star.

Did we miss any actors who portrayed other famous actors on our list? Please let us know in the comments below!