15 Movie Scenes You Won’t Believe Are Not CGI 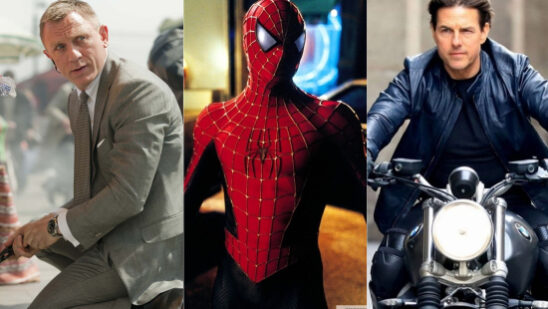 As the movie industry has made technological advancements, the use of computer-generated imagery or CGI has been abundant. In fact, it is nearly impossible to distinguish a visually stunning scene from being CGI or real. Be prepared to be amazed as the following 15 movie scenes you won’t believe are not CGI: 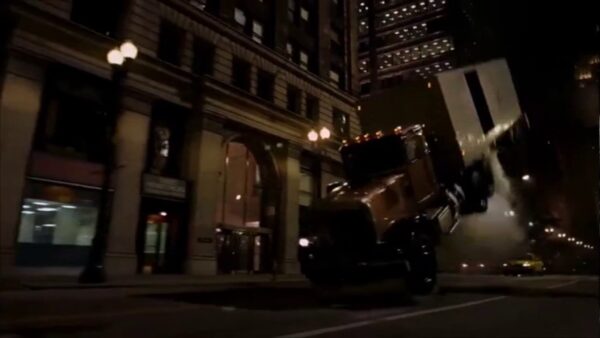 Apart from all of Heath Ledger’s iconic scenes as the Joker, the one that really stands out is none other than the truck flip when Batman slips a cable under it. Director Christopher Nolan has been adamant about using CGI only when necessary and this scene did not utilize it.

The 18-wheeler was flipped vertically by using a propulsion system positioned at its base and it turned out to be one of the most mesmerizing scenes of the entire film. That is only a glimpse of the amazing work of Nolan as he pops in the list a couple of times again. 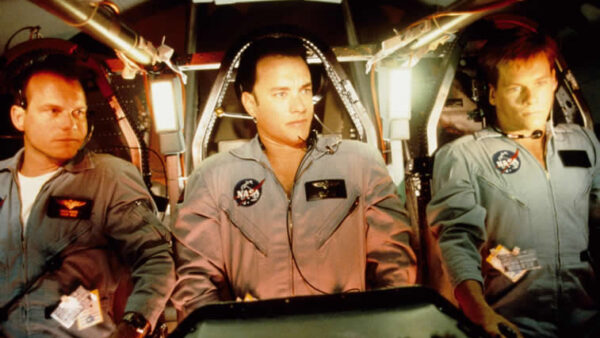 Making someone fly or levitate is one of the oldest and simplest CGI tricks in Hollywood. All it takes is a few cables to lift the actor and then digitally removing them from the scene.

However, Apollo 13 did not rely on that wire trick. Instead, the leading actors were actually floating in zero gravity with the help of none other than NASA. The space agency granted the studio access to their KC-135 airplane which has the ability to create zero gravity on Earth. 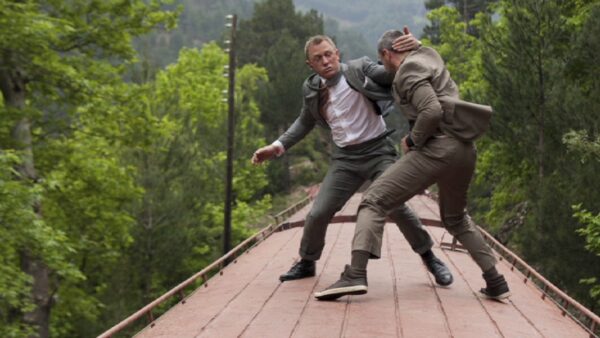 It seems that every upcoming James Bond flick aims to one-up the previous installment by incorporating dangerous stunts. In Skyfall, the secret agent fought against an assailant on a fast-moving train.

Despite numerous such scenes have been shot with CGI, this particular fight was shot on a real train. Even though both actors were supported by thin cables that were digitally removed from the scene, chances of both falling sideways still loomed during the shoot. 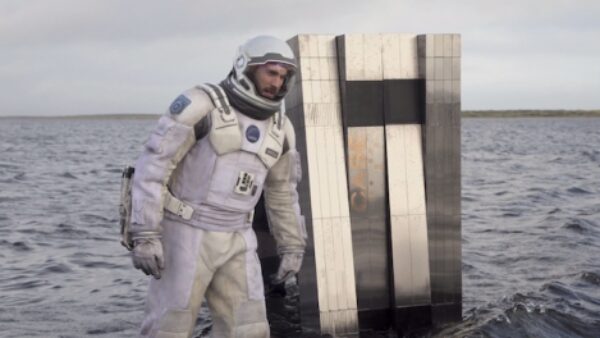 Remember those gigantic walking machines named CASE and TARS in Interstellar that we’re able to divide and subdivide into smaller blocks? Those machines were not a product of CGI.

Director Christopher Nolan wanted to add a sense of realism into those quadrilateral machines as if they have a mind of their own and can make their own decisions. In order to do so, CASE and TARS were practically built and then moved by puppeteering. 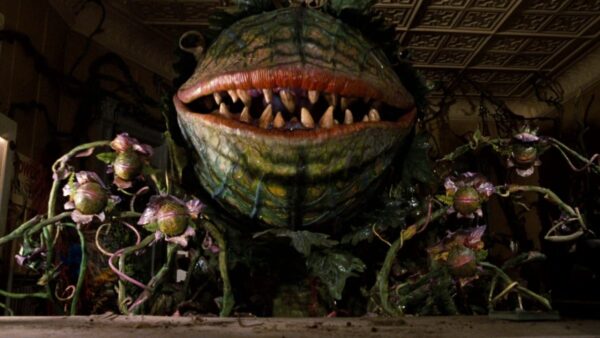 Rick Moranis truly was one of the most beloved actors of his generation. His portrayal of the nerdy florist Seymour Krelborn in Little Shop of Horrors is among his finest performances but it was the moving and talking plants that made the movie worth remembering.

As impressive and remarkable as the giant plants look while they move and talk, not even a single CGI trick was used. In fact, those majestic plants were carefully controlled by puppeteering and the results were truly exceptional. 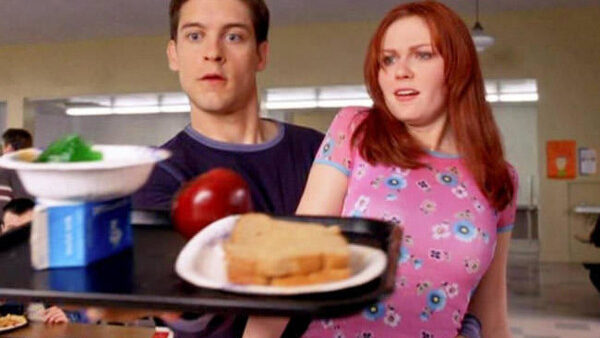 As soon as Peter Parker is endowed with incredible spider-like powers, he shows off his superfast reflexes by saving his crush Mary Jane from falling and catching her cafeteria lunch on the tray.

As short and smooth as the scene is, it took 156 takes to shoot the scene absolutely right. What makes the scene even harder to shoot is the fact that instead of CGI, the tray was sticky and the crew members had to throw the food items on it while hoping that they land on the tray as planned.

I know what you are thinking. There is no possible way that the Paris café explosion scene was shot without involving CGI. Leonardo DiCaprio and Ellen Page did not even flinch during the explosions so how can it be?

This is none other than director Christopher Nolan we are talking about. The scene was shot by using air cannons causing the explosion while being shot at 1500 frames-per-second. This made the explosions appear in slow motion while the actors barely had any time to react. 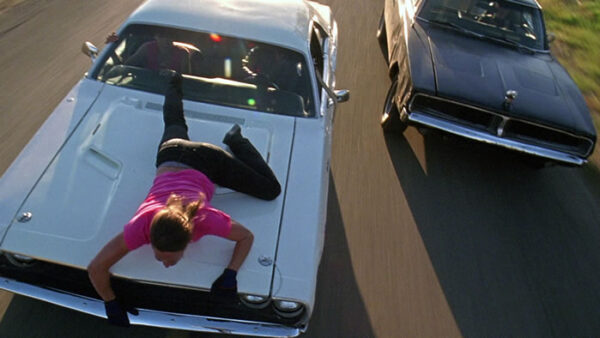 It is obvious to even the casual viewers that most actors do not perform their own stunts, especially if they are incredibly dangerous. However, actress Zoë Bell performed her own stunts in Quentin Tarantino’s Death Proof including the epic car chase scene.

No CGI was used to shoot this scene and the stunts were as dangerous as they look. It was easy for Bell to perform the risky scenes because she had been a stuntwoman before becoming an actress and has experience of doing stunt work for Uma Thurman in Kill Bill and Lucy Lawless in Xena: The Warrior Princess. 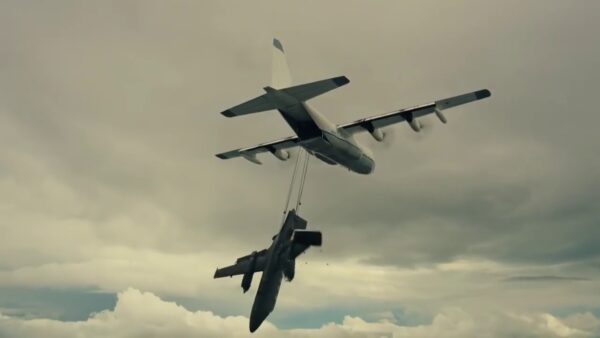 When Bane and his men abduct nuclear physicist Dr. Leonid Pavel from a CIA aircraft, the sense of realism intensifies. The plane being attacked and then dropped from the sky seems so visually stunning and there is a very good reason behind it – every bit of it was real.

Director Christopher Nolan never ceases to amaze the audience when it comes to pushing the boundaries of film-making. Even though The Dark Knight Rises is the weakest installment of the trilogy, its impressive stuntwork deserves to be appreciated. 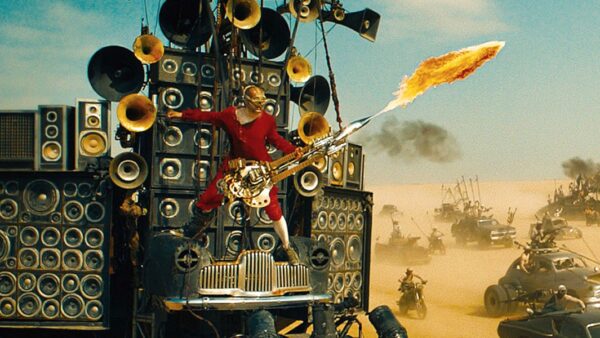 Nominated for ten Academy Awards and winning six, Mad Max: Fury Road certainly has more than dozens of scenes that make the movie unforgettable but arguably the coolest scene was the one involving the flaming guitar.

As hard as it may for anyone to believe, the fire blazing from the guitar was not made from CGI. In fact, the guitar was custom made especially for the movie and the fire that erupted from the musical instrument was entirely real. 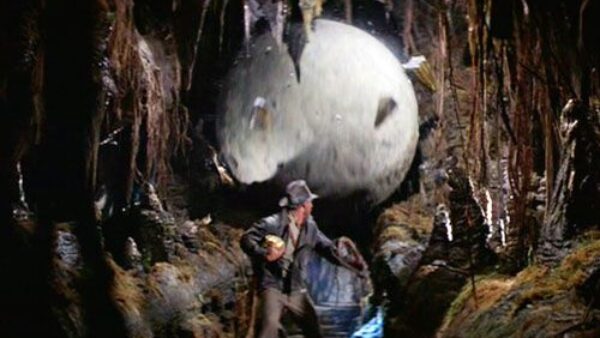 As previously mentioned, most actors rely on a stunt double for performing dangerous stunts but director Steven Spielberg decided to spice things up a bit. The scene of Indiana Jones running while a giant boulder is rolling behind him actually involves Harrison Ford instead of a stunt double.

Of course, the boulder was not real and actually made of plaster, fiberglass, and wood. Weighing 800 pounds, it still would have horrifically injured Ford by crushing him so the actor really was terrified during the scene. Ford was not only running because the scene required him to do so but he was actually running for his life. 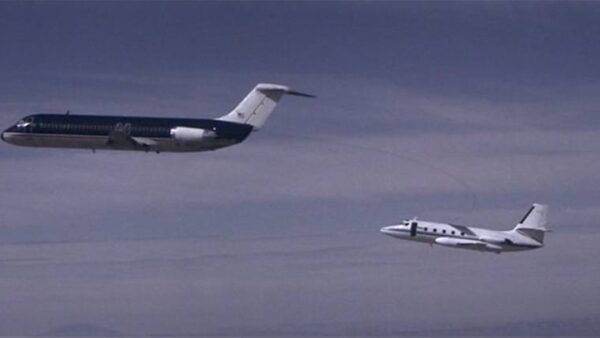 Action hero Sylvester Stallone demonstrated wisdom by not doing the iconic stunt in Cliffhanger. His character Gabe Walker had to transfer from one plane to another by means of a wire during flight.

For the terrifying scene, stuntman Simon Crane was paid a gigantic sum of $1 million and performed it flawlessly. No CGI was used for the scene and what makes it more impressive is that the stunt was shot at an altitude of 15,000 feet and Crane made it to the Guinness Book of World Records for the most expensive aerial stunt. 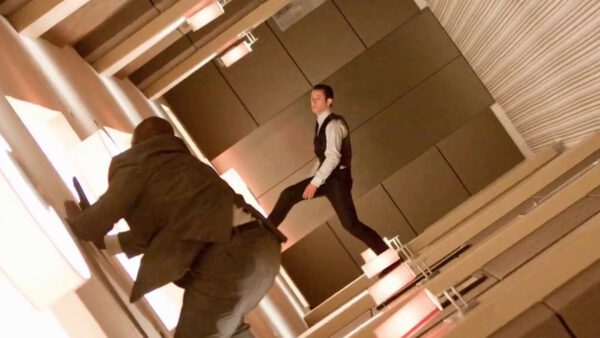 Christopher Nolan’s Inception is overflowing with impressive scenes that do not involve CGI. Apart from the aforementioned Paris café explosion, the hallway fight scene is the most remarkable one.

The scene shows actor Joseph Gordon-Levitt fighting off bad guys in a hall that is spinning because they are in a dream. The scene was not shot with the aid of CGI but an actual set that was revolving. Due to the nature of the complicated shoot, the scene was very complicated to shoot.

Often hailed as Nolan’s most thought-provoking films, Inception truly was ahead of its time. Nominated for eight Academy Awards and winning four including Best Visual Effects, it was an utter travesty that the movie did not win Best Picture. 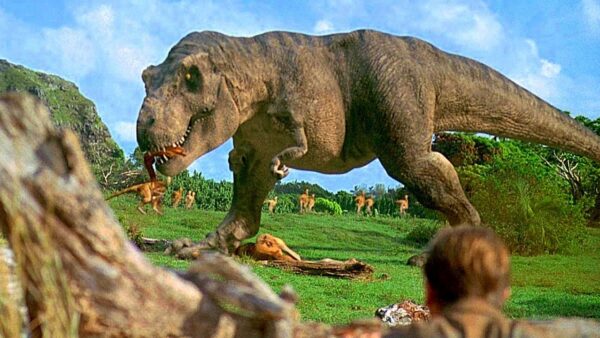 There is a reason why Jurassic Park is undisputedly the greatest dinosaur flick of all time. It is not because of the action sequences nor the talented cast but due to the fact that the dinosaurs seemed very real. Of course, the dinosaurs were not real and most of them were accomplished by CGI, it is interesting to note that Tyrannosaurus Rex was not among them.

Believe it or not, T-Rex was actually a gigantic animatronic. Two life-sized T-Rexes were constructed by Stan Winston Studios which made every scene involving them not only real but utterly terrifying. No wonder Jurassic Park won three Academy Awards. 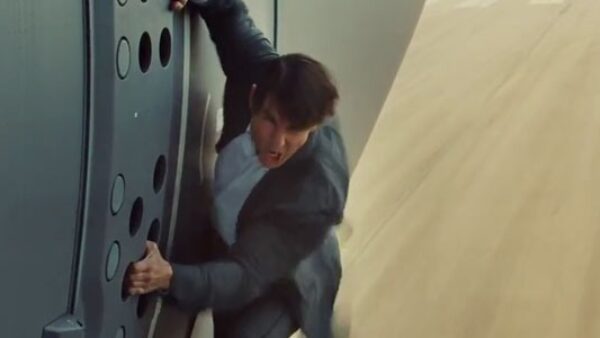 More of a stunt fest instead of a typical Tom Cruise flick, the Mission Impossible franchise is jam-packed with such scenes. However, it is the mind-blowing plane ride scene from Rogue Nation that stands out as the most astonishing one.

Famous for doing his own students, Cruise was actually very excited and willing to do the stunt. What you see is as real as you can get! The actor grabbed the side of the plane and held it firmly as it took off. While Sylvester Stallone had to rely on stuntman Simon Crane for the aerial transfer scene in Cliffhanger but Cruise put his life on the line in an airplane scene of his own solely for the amusement of his fans.

Hope you enjoyed our list of movie scenes you won’t believe are not CGI. Feel free to share your views in the comments below!