Home » Movies » 15 Iconic Scenes That Made a Movie Evergreen

15 Iconic Scenes That Made a Movie Evergreen

Movies are constituted of both good and bad scenes. It is a mesh that we all love binging on our TV screens just so we can have a spicy debate about which scene stood out the most. Now, everyone has their own debatable opinions. But there is something about some scenes that resonate with most of the geek population in the industry. Can you remember such a scene? We all have one memorable moment with a movie that we just cannot forget. However, when it comes to the cinematic reveal, these are the most iconic scenes that made a movie evergreen: 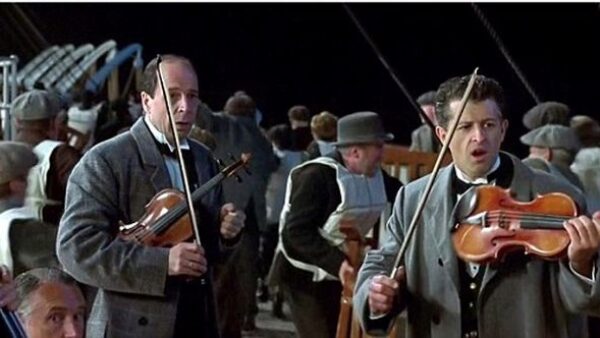 Titanic is a fan favorite all around. The scene where Jack and Rose stay afloat on the wooden plank comes close to the list. But when those violin tunes hit your ears, you can feel the goosebumps jumping up in unison.

Could a scene so simple dictate something as powerful as the helpless attempt at the rescue of people? It did in the movie. 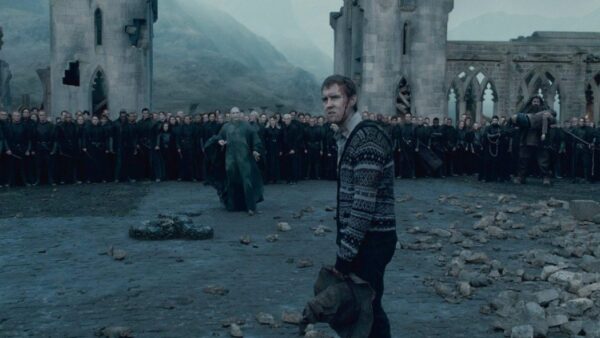 Harry Potter is a franchise that keeps on growing with time. In favor of that saying, it is safe to assume that picking one favorite scene would be argumentative. However, if one of those scenes were to be picked, it would have to be Neville’s shining moment in the last movie.

Introduced as a scared little boy, his plotlines were profoundly ignored in the movies. But they were compensated to some extent with the impactful cinematic display, the time when he killed Nagini with the Gryffindor sword. An echoing action that made Voldemort vulnerable and aided Harry one step closer to victory. 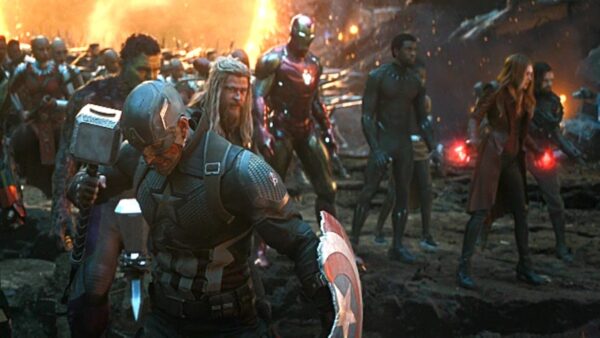 Marvel has always created a great cinematic twist with powerful action scenes, interesting plot twists, and captivating storylines. But the scene that stood out through the whole franchise is when Captain America speaks the words, “Avengers assemble”.

In the crucial moments in the battle with Thanos, you find the chills running through your spine as you see the whole franchise coming up to aid the original Avengers. It is a sight that makes the visit to Endgame easier and easier. 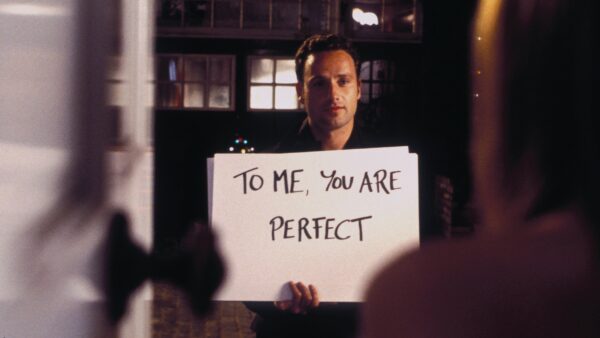 Love Actually is a classic that you can replay any weekend for a safe bet on a movie binge. But choosing a favorite scene was hard. It all came down to the one scene that is still remembered and recreated in shows and movies that came afterward, the card display by Mark (portrayed by Andrew Lincoln).

The way he expresses his love on the cards one by one is a surprising, sweet, and romantic moment that you just cannot forget. 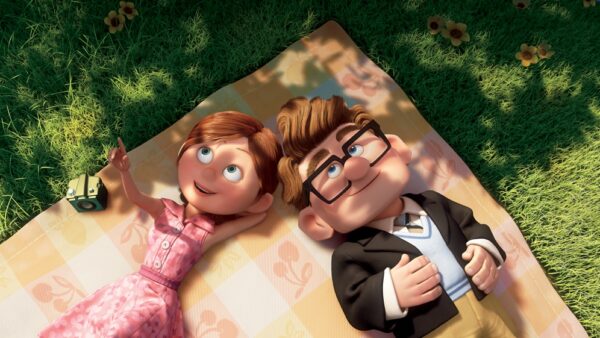 If there is one animated movie loved and appreciated by all, it is UP. It brings tears to your eyes and fills your heart within seconds. But the iconic scene that made the movie stand out was the story of Ellie and Carl which was played for a few sentimental minutes.

The way they stayed together from childhood to adulthood, bearing through the good and bad, always with love in their hearts for each other, is an ode to all married couples. 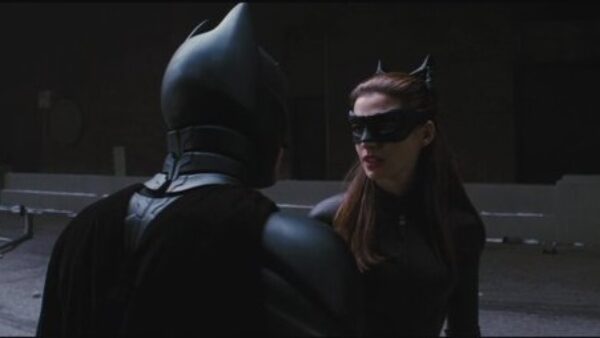 The Dark Knight is a movie that needs no introduction and is a cinematic masterpiece by Christopher Nolan. But apart from Christian Bale and Heath Ledger being absolutely iconic, the performance of Anne Hathaway cannot be ignored.

Throughout the whole movie, she was portrayed as a fierce, dominant woman but the minute she pleads to Batman to stay, it shows how a person can fall vulnerable to love.

9. My Precious (The Lord of the Rings: The Return of the King) 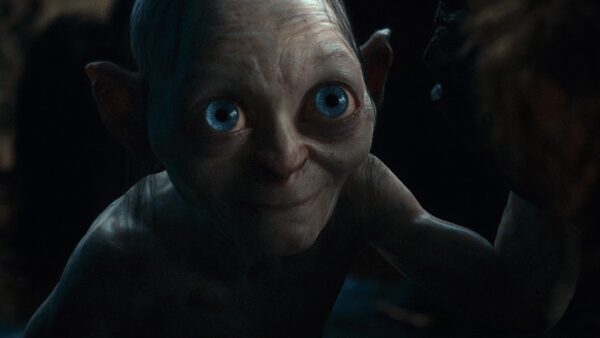 If you do not know this scene from hearing, you probably won’t be remembering this any soon. It is one of the most iconic scenes of the whole trilogy, one that is referenced to this day.

It may not have been intended as a funny scene, but the world remembers it as a fabulous voice. One that rings in their ears when they are holding onto something they consider precious. 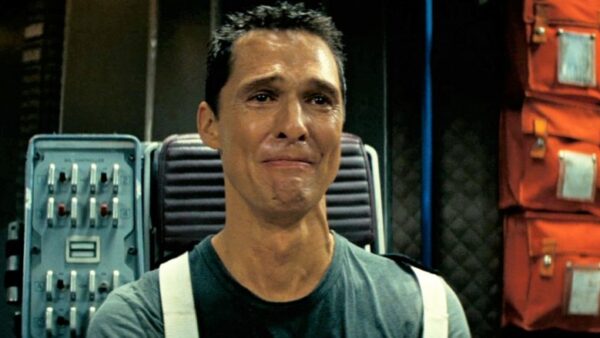 Interstellar is one of the most beautiful movies to be put out into the cinematic world. although there are many scenes that stand out in the movie, one that hits the most has to be the years-long worth of messages played in a reel.

When Cooper sees that the few hours spent in space have been 30 long years on Earth, there is a sadness and devastation on his face that cannot be matched. He sees the lives of his kids from far, being unable to congratulate, console, or even see them as their lives slowly fade with the messages, they sent him. 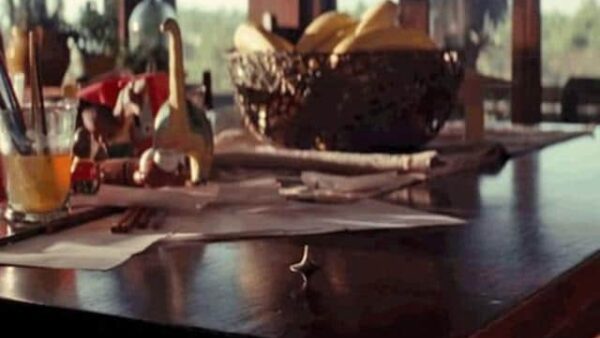 Do you ever wish you would be stuck in your dreams which are far better than the reality that surrounds you? In this movie, there were numerous such scenes that play with the dreams of many. But the lead character’s wish to find his happy ending remains obscured in this final scene.

Here he is seen enjoying with his kids as the top spins. The top that is seen spinning is an indication that it is a dream but just as it is about to fall, the scene closes. 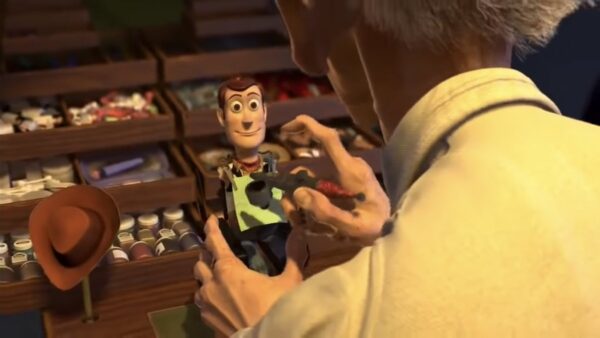 Woody is seen fixing everything in the franchise. But when the seller is fixing up Woody, it creates a satisfying effect on the viewer.

The toy is put into the best shape to be sold through detailed animation and cinematic effects that only a cartoon could get away with. It may not be one of the sentimental scenes, but it definitely stands out on its own. 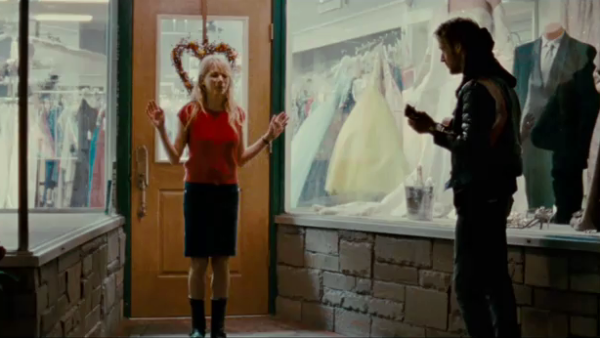 Blue Valentine is a heart-wrenching movie that pulls at the heart of your strings. Not in a good way at all. But the scene that takes everything away from you is the one where Dean plays the ukulele for Cindy. He plays this beautiful song You Always Hurt the One You Love. 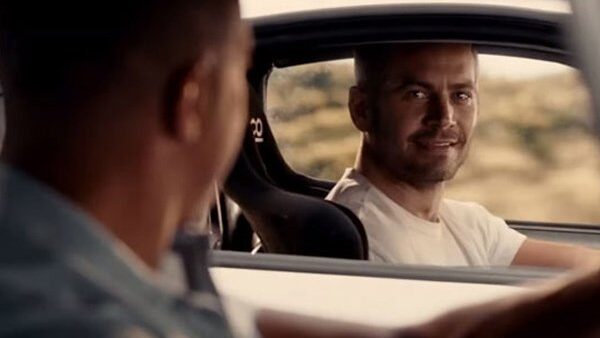 This is another iconic scene that generations will remember when they are saying goodbye to their friends. This movie was a great franchise that always had the duo racers starring as great friends on and off-screen. But when Paul Walker died, it put an end to the friendship in the movies.

The scene combined with the song as they both drift to different destinations is something you can pick for a sad movie night any day! 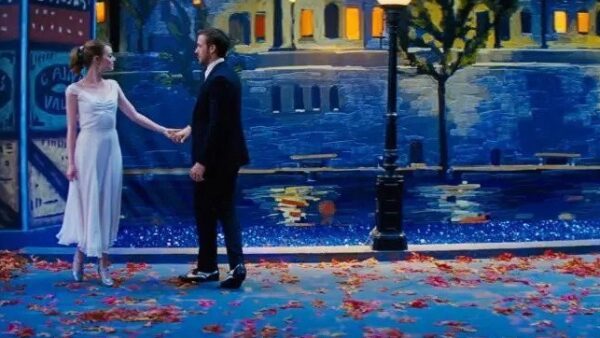 The last ten minutes in La La Land is how every romantic story plays out in our minds, in the perfect world. This scene depicts that tone without any error as you see the two characters fall into the perfect love story that the audience desired for them.

No words could do justice to the emotional reel that plays for those ten minutes. 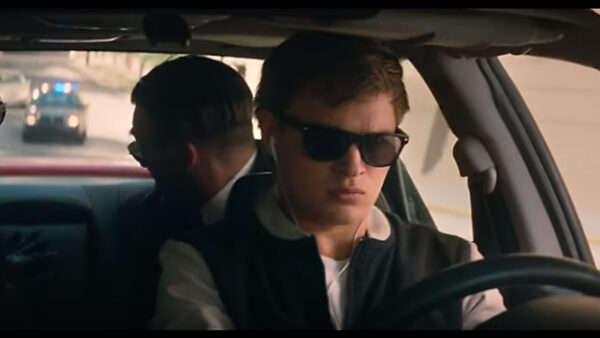 The best scene in this movie has to be the opening title as Baby Driver syncs to the song perfectly with life’s daily routine. He manages to be on the coffee run while humming and dancing to the tune.

Moreover, the sweet tune of the music is just in line with the boy’s run, enough to keep the audience on the hook. 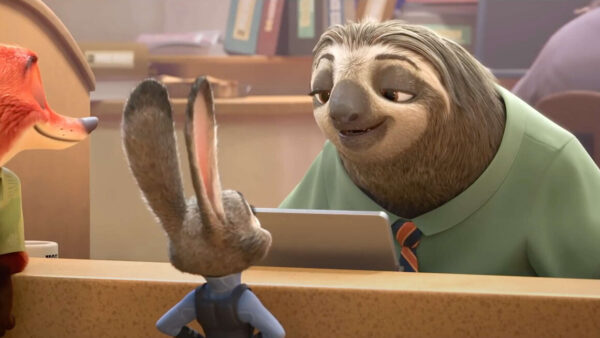 Children’s movies are one of the best. And this one in particular is a fun-filled friendship comedy that has to be on the list of favorites. The iconic scene at the DMV is an ironic touch on what the DMV’s actual experience feels like. But the amazing portrayal and symbolism with the help of a sloth’s character are both funny and memorable.

What are your most iconic scenes that made a movie evergreen? Share with us in the comments below!