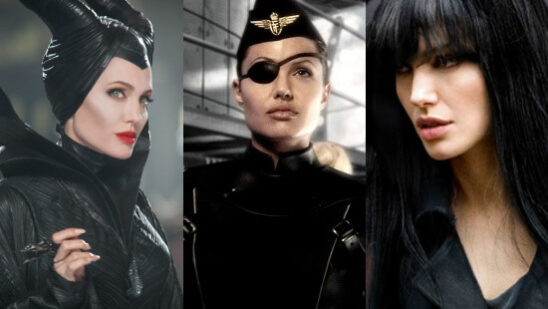 With stunning looks and a figure girls die for, Angelina Jolie is every guy’s dream girl. The Tomb Raider star (Lara Croft) was voted the Sexiest Woman Alive in 2004 and has been projected as the most beautiful woman by various magazines. Brad Pitt’s sweetheart, Angelina, is 40 and besides a successful acting career, she is an ambassador for women’s rights and education. She is also an active humanitarian and has adopted 3 children internationally. Here, we take a look at the 15 best Angelina Jolie movies of all time that you should definitely watch: 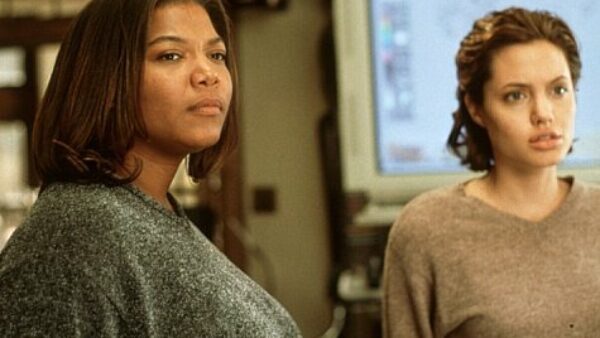 The Bone Collector is a crime movie based on a novel by Jeffrey Deaver. The movie features the dazzling Angelina Jolie as a young police officer, Amelia Donaghy, in pursuit of a serial killer.

She is mentored by a retired detective, Lincoln Rhyme (Denzel Washington) who suffers from quadriplegia, in her pursuit of the notorious psychopath. 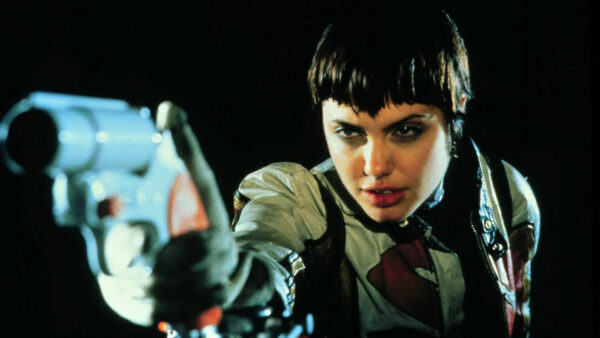 Former American model, Angelina Jolie, assumes the role of a hacker Kate aka Acid Burn, in a High school. Then 19 years old, Angelina pulls off a believable performance as a Goth-like character.

She joins forces with another skilled hacker Dade Murphy (played by Jonny Lee Miller), against evil, in a tech war. 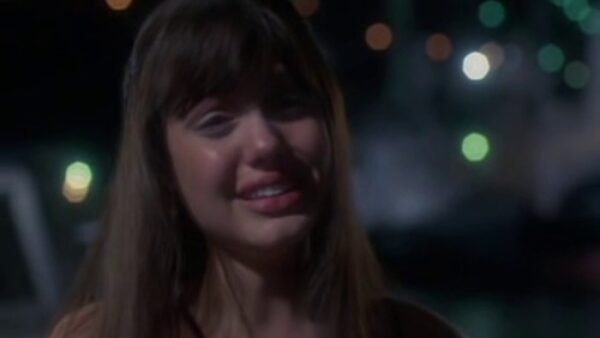 Featuring a beautiful teenage Angelina, Love Is All There Is was completed in 1994 but didn’t hit the cinemas until 1996. This marks her first break in the Rom-Com genre and the movie did modestly well at the box office.

It is a story about two Italian American families, Malacici and Cappamezza, who are at loggerheads with each other in business terms and have a dislike for each other.

Much to everyone’s dismay, Gina Malacici and Rosario Cappamezza are couples together in a Romeo and Juliet production which gives way to offset chemistry between the two. 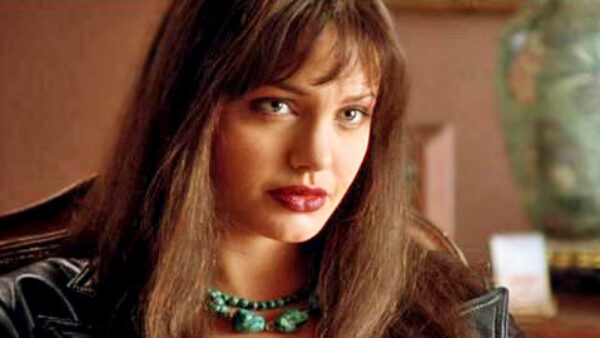 Pushing Tin has a two-dimensional theme to throw light on the busy environment of air traffic control and the professional jealousy that builds up between men in the same department and rank.

The movie mainly focuses on two couples. John Cusack’s character Nick is a well-reputed air traffic controller and happily married to a very loyal Connie (Cate Blanchett). Billy Thornton’s Russel arrives with a dashing hotwife, Mary (Angelina Jolie), who has everyone crushing on her.

Nick’s rivalry with Russel and his one-night mistake with Mary threatens to jeopardize his life unless he pulls himself together. 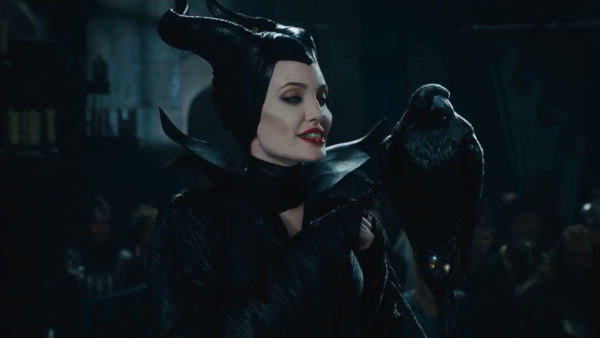 Maleficent is one of Angelina Jolie’s latest movies that made it big at the box office with an Oscar nomination to boost. Robert Stromberg’s work is based on La Belle au Bois dormant, an opera in three acts, by Michele Carafa which was inspired by the fairy-tale Sleeping Beauty.

A charming young woman from a peaceful kingdom, Angelina Jolie as Maleficent, turns vengeful after a betrayal. She curses the infant of the invading army’s king and learns that the cursed child is central to the restoration of peace in the kingdom. 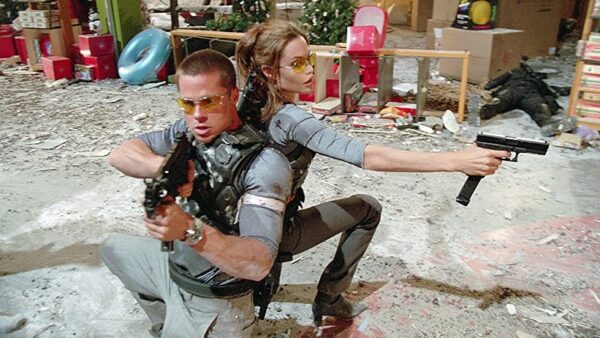 Put together two of the hottest stars in the film industry (Brad Pitt and Angelina Jolie) in a light-action comedy and you have a guaranteed 2 hours of good entertainment at the very least. Written by Simon Kinberg and directed by Doug Liman, Mr. and Mrs. Smith ignited the off-set heat between its lead stars who are now happily married.

The movie’s theme is a stagnant marriage. With no kids and diminished chemistry, John and Jane Smith are hired assassins – a secret kept from each other. The story unravels as they are assigned to each other as targets. 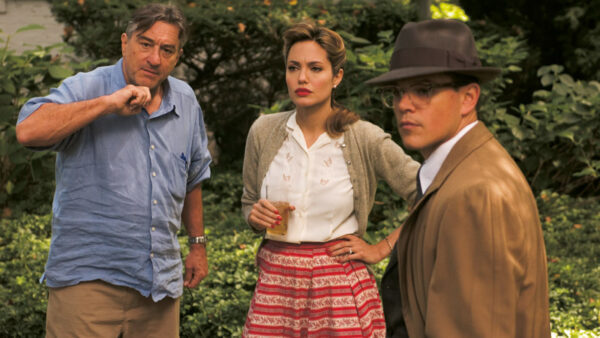 The name of the movie is a reference to a verse in the Bible where Jesus calls himself “the good Shepherd.” The lead role of Edward Wilson is taken by the symbol of super spies, Matt Damon, which seems to be a personification and life story of James Jesus Angleton, founder of CIA and chief of its counter-intelligence wing.

Robert De Niro’s direction, The Good Shepherd, features Angelina Jolie as Clover Russel (a student at Yale University) whose sexual appeal has Wilson fall for her and later marry her.

The movie depicts how being a spy consumes a man at the cost of his family. 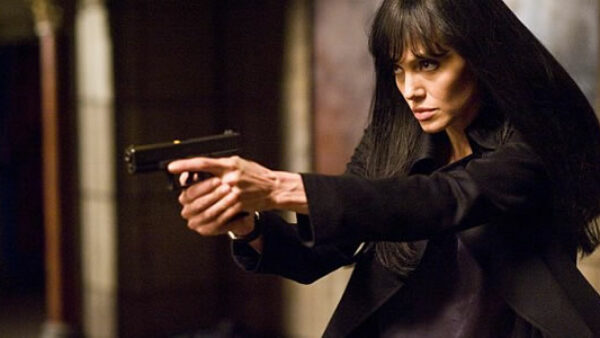 Breaking stereotypes of male protagonists in the crime/thriller genre, Angelina Jolie takes the lead role as a CIA agent who is on the run. She pulls off action scenes with agility as a well-trained operative and definitely looks the part.

Evelyn Salt (Angelina Jolie) is accused by a Russian defector to be a mole in the CIA involved in a plan to assassinate the Russian President. When no one but Ted Winter, her colleague, believes her, she decides to run.

She must clear her name and foil the plan as emerging information and her actions make her look guilty. 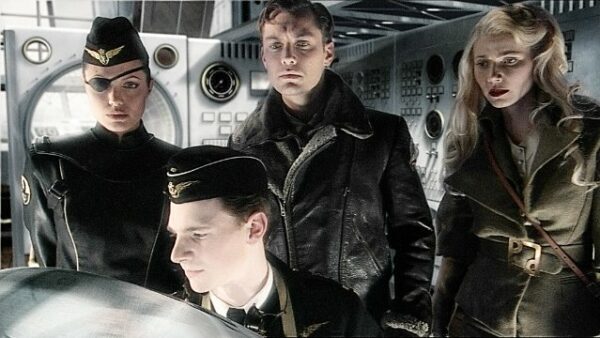 Kerry Conran has tried to make a cool sci-fi film from a past perspective. Set in the 1930s, it shows giant robots attacking New York. Polly Perkins is played by lovable Gwyneth Paltrow, more famous for her role as Ms. Potts in the Iron Man series.

She is a reporter joining the dots between the disappearance of scientists and the attack of robots and is helped by her ex-boyfriend and Sky Captain, Jude Law.

Angelina Jolie makes an appearance as Sky Captain’s old friend, commander of a secret British airborne airbase, and helps them reach and enter the Villain’s hideout. 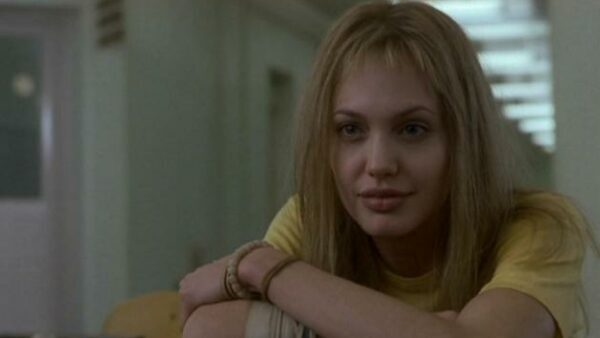 Girl Interrupted is based on writer Susanna Kaysen’s account of her stay in a mental hospital in the 1960s. With no humor and a dark theme, this movie is a true acting skills test.

Apart from her great looks, Angelina Jolie proves her mettle as an actress in Girl, Interrupted, claiming an Oscar for her performance.

The movie revolves around Susanna (played by Winona Ryder), who registers in Claymoore’s mental hospital after a suicide attempt. She meets many patients and befriends Lisa (Angelina), a sociopath who often tries to escape and is brought back. 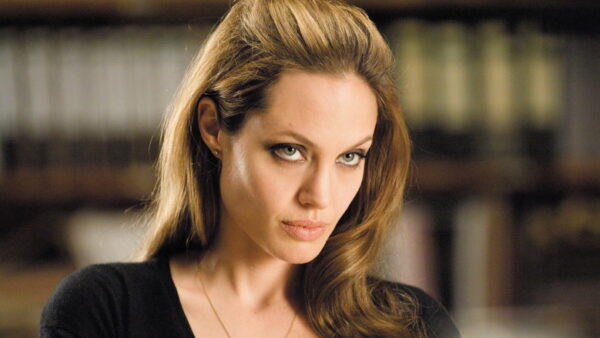 Wesley Allan is a frustrated young man with a dead-end boring job and a cheating girlfriend. Unaware that he is the son of a professional assassin, he is rescued by a dangerous Angelina Jolie (named Fox), who breaks the news to him.

He joins the same brotherhood as his father, Fraternity, and trains to track down his father’s killer. If you don’t admire her already, her performance in Changeling will definitely win you over. Clint Eastwood’s direction is based on the real-life story of Christine Collins whose character is adorned by Angelina Jolie.

Portraying a single mother whose 9-year-old child is kidnapped, she makes you live through the emotions as she cries, yells, and fights for her child with LAPD. This is one of Jolie’s best performances to date which was nominated for an Oscar. 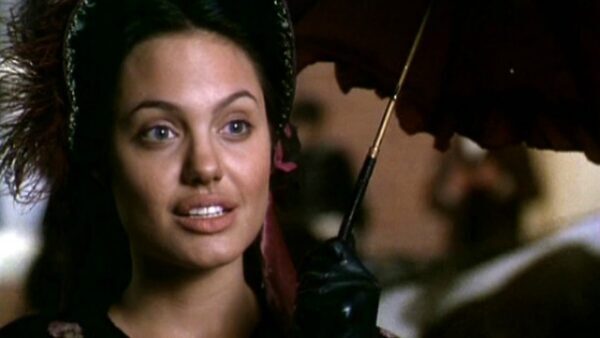 This is an adaptation of Janice Wood Windle’s novel True Women that shows determination and hardships faced by three Texas women, for their families and friends, namely Sarah McClure, Euphemia Ashby, and Georgia Virginia Lawshe Woods, through the civil war. 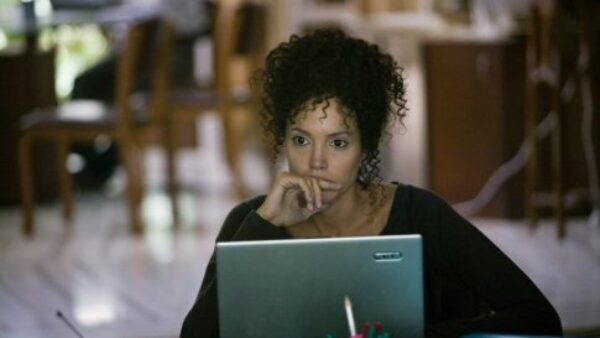 Based on the true events of a Wall Street journalist being kidnapped and executed by terrorists, A Mighty Heart is directed by Michael Winterbottom (British) and shows how Mariane Pearl (wife of the journalist) faced these tough times.

With a new look and curled hair, Mariane is played to perfection by Angelina Jolie as she looks desperately for her husband while keeping her composure at all times. 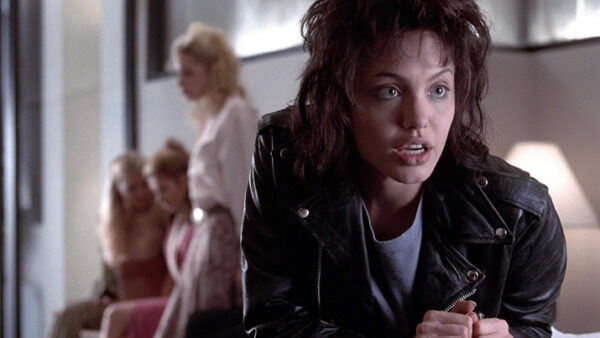 Playing an American fashion model (Gia Carangi) who rises from nothing to see herself on the front pages of top fashion magazines, Angelina Jolie gives her the most memorable performance winning the Golden Globe award for Best Performance by an Actress.

Being a bisexual herself, Jolie embodies Gia’s character (a lesbian) to perfection. It tells a sad tale as Gia dies of AIDS at the mere age of 26. It highlights the struggles models go through and the vices associated with the industry.

We surely can’t miss these classics from Angelina Jolie:

Do you agree with us that the above-mentioned best Angelina Jolie movies of all time are the best ones? Share your thoughts in the comments below!