Our very own Tyrion Lannister (yes, his character from Game of Thrones) is very much unrecognizable here.

Clinton surely had the presidential looks from quite an early age, right?

Blake always had this sweet smile.

Jennifer is very much unrecognizable here. 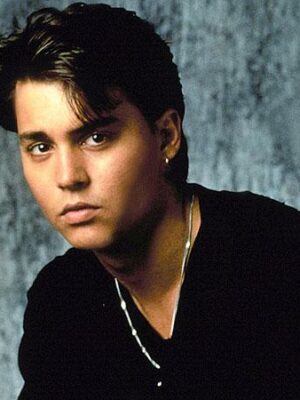 No one would have imagined that this serious-looking kid would one-day act in comedy films and nail them so well.

Brad surely had this superstar look from the beginning!

Tom was as sober in his high school as he is today.

Who would have imagined back then that this little high school girl would become a pop icon?

This cute smiling face continues to set fire in Hollywood.

Google co-founder here doesn’t look even close to what he looks like today.

No one would have guessed by looking at Bush during his high school days that one day he would become the President of the United States and would lead the nation in two major wars (Iraq War and War in Afghanistan).

Our very own President Barack Obama looked more like a rockstar than a president during his teenage.

Britney’s face was glamorous from her teenage.

Freaks and Geeks famed Franco had these geeky looks from an early age.

Jennifer surely has always been a cutie pie.

Madonna was as pretty as she is now.

Alicia had a photogenic face from her school time.

Michelle Pfeiffer was just as beautiful in high school as she is now!

As evident from her high school pic, Jolie surely had glamorous looks from the very beginning.

Melissa Mccarthy who got famous after performing in Gilmore Girls was as adorable as she is now.

Megan surely has always been a pretty girl.

Shawn definitely had this wrestler look during his high school days. Good Will Hunting’s famed Damon, looks like any other regular teenager here.

Bruno had this singer look from an early age, right?

He surely didn’t have a rockstar look in his high school time.

Jennifer had such magical eyes!

Selena surely has always been a cutie pie.

Who would have imagined that this ordinary face would one day rock the reality television industry?

Before our Twilight superstar took over the world, she used to be just like any other cute teenager out there.

Yahoo’s CEO’s charisma surely made her stand out among other high school kids.

Apple Ceo Tim is quite untechy and unrecognizable here.

Late Paul Walker surely had the cutest of smiles for a teenager.

Before becoming a star, Taylor looked as ordinary as it gets.

Oprah Winfrey looked like a typical teenager during her stay at Nashville East High School.

Despite having not-so-attractive geeky looks, Charles Theron came a long way in her Hollywood career.

Samuel is actually quite recognizable here and hasn’t changed much over the years.

Cage surely wasn’t the handsome hunk he is today during his high school days.

The first lady of the United States Michelle Obama is much unrecognizable here.

‘The Rock’ had a magnetic personality even long before he won over the entertainment industry.

Our fast and furious Dominic Toretto is very much unrecognizable here.

Jim Carrey surely was a funny character during his high school time.

You have to admit, Undertaker (or Mark William Calaway in reality) looks totally unrecognizable here. And quite honestly, he looks really sober too.

Did we miss any worth mentioning celebrity high school pic? Please let us know in the comments below!