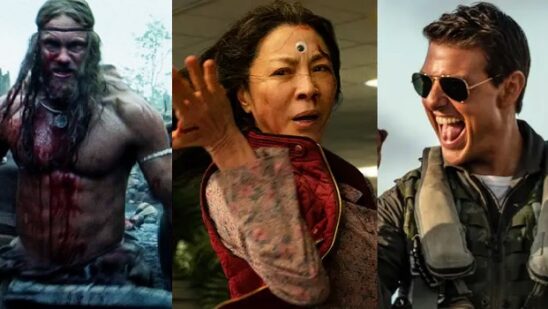 2022 was a year of films that earned mixed reactions. Some movies met expectations, others were utter disappointments. However, today we’re going to honor some of the best motion pictures made in the past 12 months. Here are 15 of the best movies of 2022:

Spiderhead is an outstanding movie. But it flew largely under the radar because of its near release with Thor: Love & Thunder. However, if nothing else, this film proves the acting chops and abilities of Chris Hemsworth.

The film is about a penitentiary where Steve Abnesti (Hemsworth) is running experimental tests on former cons. His goal? To be able to dictate the actions of the subjects.

Bullet Train is a remarkable blend of espionage comedy and action thriller. Featuring an all-star cast, the film tells the story of Ladybug (Brad Pitt), who is a less-than-fortunate assassin. After a few assassinations give going awry, he just wishes to continue his job peacefully.

However, Ladybug soon finds himself surrounded by people of his trade as a conflicting mission pits him against many. But it’s all happening on the fastest train in the world. This makes it a very exciting and fun movie to watch.

13. The Banshees Of Inisherin

The Banshees of Inisherin is a testament to the fact that your film doesn’t need an extravagant story, location, or budget to be an outstanding feature film. This movie has all the ingredients of a watch-worthy film, despite being filmed on a less-than-$20 million budget.

It all begins on a remote island near Ireland when two friends, Padraic (Colin Farrell) and Colm (Brendan Gleeson), fall out. Being heartbroken, Padraic tries to remedy his relationship with his life-long friend.

Turning Red is widely hailed as one of the best-animated movies of the year. Clicking on the touchy subject of puberty, the plot is about Mellin Lee, who is on the ropes about being her mother’s dutiful daughter.

However, she’s growing up, and her affinitions begin to change but with one big twist. Whenever she’s happy or excited, she turns into a giant red panda.

The Gray Man arguably featured the biggest star cast of the current era. From Ryan Gosling to Chris Evans, the film features some of the biggest stars of the big screen you can think of. The movie’s about top-notch espionage stuff.

It all begins when a mission goes sideways, as Six (Gosling) accidentally uncovers agency secrets on an assassination mission. As he uncovers the truth further, he’s rendered excommunicated and hunted down by the sadistic Lloyd Hansen (Evans). But, he finds unlikely help with Dani Miranda (Ana De Armas), another agency spy.

10. Glass Onion: A Knives Out Mystery

Glass Onion: A Knives Out Mystery is a direct sequel to Knives Out (2019). It also proves that Detective Benoit Blanc (Daniel Craig) is the leading character of this sequel—despite the first movie surrounding Marta Cabrera (Ana de Armas).

However, the film takes up the sent trend of twisted turns and a warped sense of right and wrong. The plot is about a tech billionaire Miles Bron (Edward Norton), throwing a party on his private island. So, naturally, when someone turns up dead, Detective Blanc is put on the case.

Weird: The Al Yankovic proves that not all biography movie needs to be boring or dull. But then again, this film is about Weird Al Yankovic—so it couldn’t afford to be boring. And he’s played to perfection by Daniel Radcliffe (yes, the Harry Potter guy).

Despite being a parody biography in certain areas, it thoroughly portrays Weird Al’s love for music and comedy—and how he combined the two. But, even for one of the greatest comedy stars of the past 100 years, things aren’t always fun and games.

Nope, continued Jordan Peele’s near-perfect run as the director. Gaining respect from audiences and critics alike, the film left many people with their jaws dropped—as did his previous movies Us and Get Out.

Continuing the same trend of bizarre stories, it begins when a couple notices something sinister going above their heads. While the ranch is largely peaceful, this otherworldly anomaly draws the attention of a nearby theme park—as things become difficult for the couple.