POSTED BY Mohammad Salman Zaka, UPDATED ON May 13th, 2020 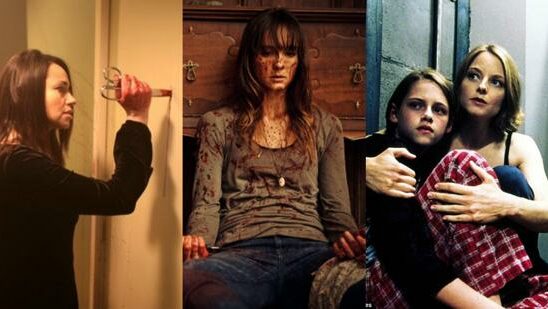 The warmth, comfort and secure feeling that a person feels in its own home is unmatchable. The mere thought of someone invading your home, for crime or worse, is enough to give you goosebumps and make you paranoid. So check your door locks and get ready to be scared to your wit’s end, as we have here a list of the 25 best home invasion movies of all time:

Victims of an assault can get paranoid. But they can also get stronger. This is shown by director Robert M. Young in Extremities as an escaped victim of attempted rape mistakenly leaves her purse behind with the aggressor.

When the rapist attempts again, invading her home this time, she manages to come out stronger and get the better of him. Her strong resolve not only helps her escape but pushes her towards revenge. Written by William Mastrosimone, Extremities was nominated for Golden Globe award. 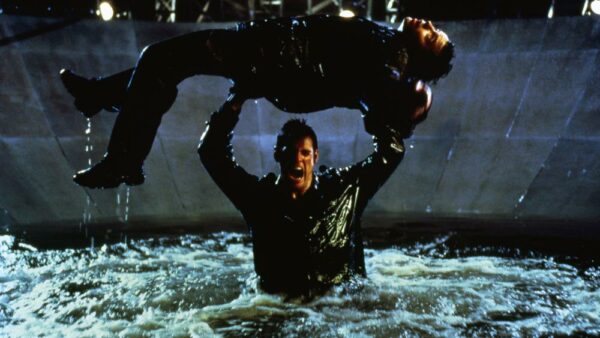 Before you treat any of your friends badly or rebuff people trying to be friends, no matter how much of a nuisance they are, you should watch The Cable Guy. These people can get ugly when they take it to heart.
Probably the most eccentric role in his career, Jim Carrey plays a cable guy (Chip) who tries befriending a guy, Steven.

When it no longer works for Steven and he doesn’t want to be friends with Chip, Chip takes it to heart and plans vengeance by making Steven’s life miserable. 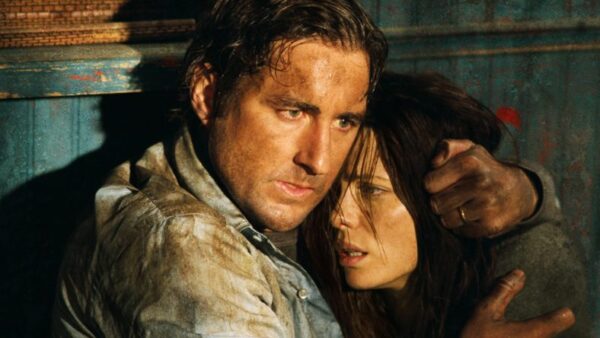 Nimrod Antal’s horror/thriller flick has to be given credit for creativity in the plot. Kate Beckinsale and Luke Wilson play a newly married couple who find themselves in a motel room where the television is showing snuff films.

To their horror, they realize it is the very same room they are in, and their every action is being recorded by a camera. Desperate to avoid being the latest victim of yet another snuff film, the couple must find an escape method. 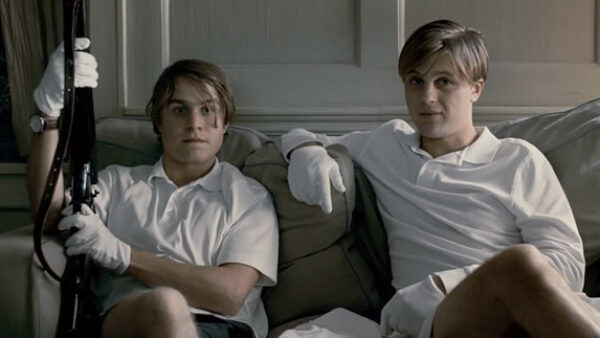 A reenactment of his own film from 10 years, Michael Haneke’s Funny Games is true to its tagline “See it if you dare”. Featuring a lot of violence by two young men who take hostage a family and put them through mental and physical torture just for the heck of it, the movie shows how our society has grown accustomed to and accepted violence.

It stars Naomi Watts as the wife of Tim Roth, and son Devon Gearhart, who plays a small loving family abused by two psychopaths. 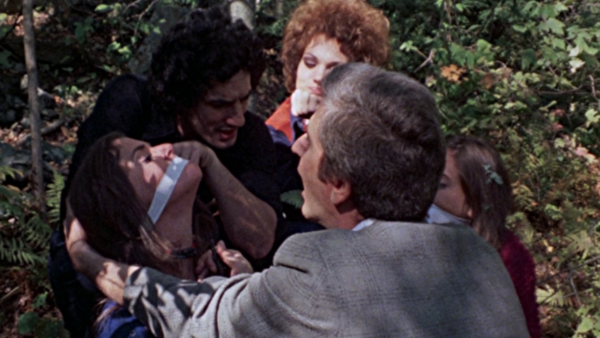 The movie is written and directed by Wes Craven and is as dark as it can get. A true horror depicting violence and gore where two young girls who intend to go to a rock concert are kidnapped, abused, and killed.

The psychotic gang incidentally stay at one of the victim girl’s house and when the parents overhear them, they take their own spine-chilling revenge. 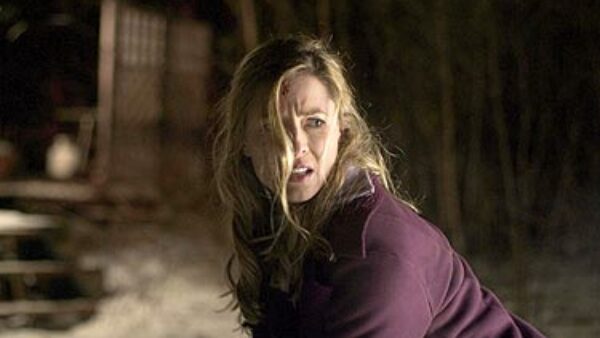 A psychiatrist apprehended by her patient who happens to be a sexual offender. Sounds cliché? But with Aidan Devine’s amazing performance, it will not feel cliché at all.

Paul Fox’s The Dark Hours, made in a low budget of five hundred thousand CAD, is about a psychiatrist (Kate Greenhouse) who goes to her husband, stressed by her growing brain tumor. Two psychopaths, including a former patient of the psychiatrist, invade their house and make them play outrageous games. 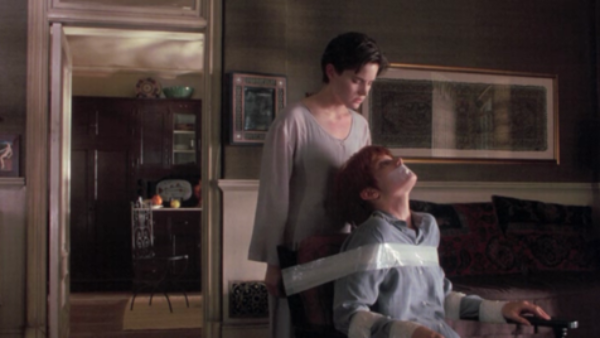 Director Barbet Schroeder has come up with a new way of making you paranoid. You will now think twice before taking in a roomie. Single White Female falls in sub-genre of slasher movies where a girl, Alison is looking for a roommate after she breaks off with her boyfriend.

Hedra seems like an ideal roomie until she starts to imitate Alison to become like her, to the point where it is creepy. Alison finds out that Hedra has not been able to make peace with her twin’s death, which has messed up her wiring. Hedra wants Alison to be her twin now and she will go to any length to make that happen. 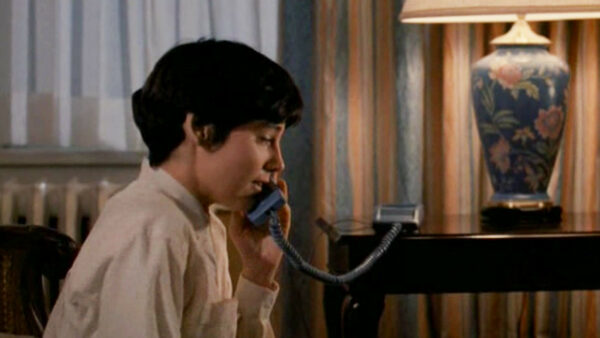 This movie, directed by Fred Walton, has to be one of the top contenders for having the best opening sequence in the horror genre. The movie is a sequel to When A Stranger Calls (1979) and shows Julia babysitting when a stranger arrives at the doorstep with car trouble.

Years later, when Julia is a junior year college student, the stranger is back, haunting her. A retired cop and Jill, a babysitter from its prequel, now a grief counselor, help Julia in catching this invader. 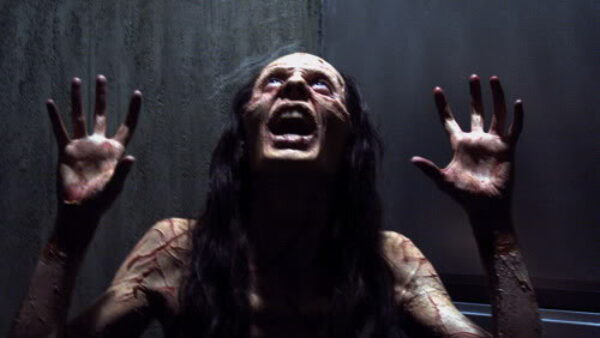 French director and writer Pascal Laugier’s venture has all the elements needed to make it a true horror movie – abuse, insanity, gore, deaths, it has everything. It is based on a woman who goes on a vendetta against her abusers, taking help from a friend with a similar experience.

Driven to insanity by her past, she kills a family and ultimately herself. Her friend investigates and becomes a victim of a very sick organization trying to create ‘martyrs’. 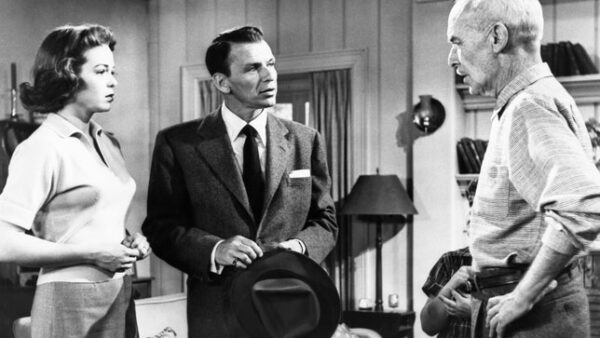 Baron along with his henchmen break into Sheriff’s wife, Ellen’s home with intention of killing the President who will be visiting their town named Suddenly. 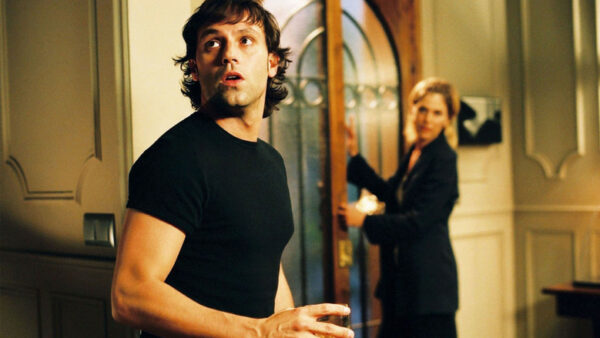 Very few horror/mystery movies manage to intrigue its viewers without gore and bloodshed. Guillem Morales successfully shows his competitor directors how it is done. Starting with a basic plot, an architect who lives alone in an enormous house and circumstances making him unhappy allows a stranger entry in his house for the purpose of using a phone.

But the stranger disappears. Is he still inside the house, hiding, or is our protagonist going paranoid? With some genuine plot twists and a great storyline, The Uninvited Guest (Spanish) shows Hollywood how it’s done. 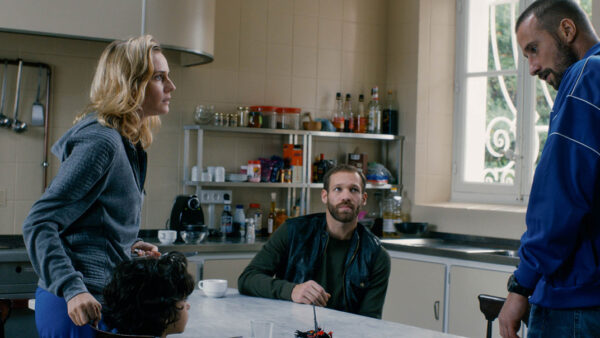 Originally titled Maryland, it stars Matthias Schoenaerts as Vincent and Diane Kruger as Jessie, the extremely beautiful and attractive wife of a Lebanese businessman who is out of town. Vincent plays a security protocol for Jessie and her kid after her husband suddenly leaves for Germany.

His paranoia of being followed turns out true when they are attacked by thugs in masks. Whoever is after them has even broken in their mansion.

The cast alone is charming enough to make Disorder watchable even for the non-French audiences. 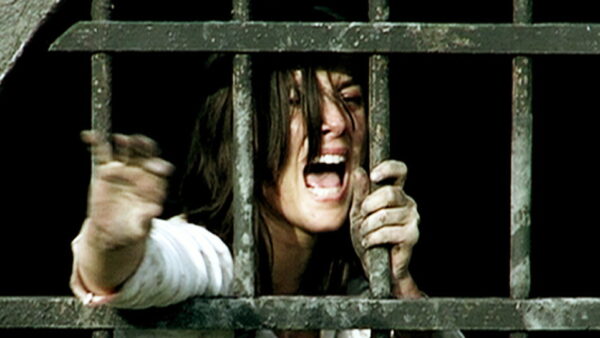 Written and directed by David Moreau, Them has a simplistic plot that involves a happy couple living in the suburbs. One fine day, strange things start to happen, their phone goes dead, lights go out and their car is stolen.

Until the very end of the movie, the couple has no idea what they are up against. 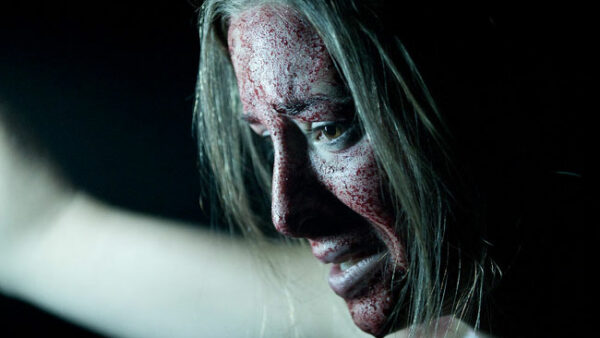 Whether the movie spooks you out or not, this definitely will, the movie is based on a true story that is claimed to have happened in Uruguay in the late ‘40s.

The movie is said to be shot in one take by director Gustavo Hernandez and shows a young girl Laura and her father staying the night in a cottage they are supposed to renovate the next day. Things get dark when Laura begins to hear strange, scary noises in the night. 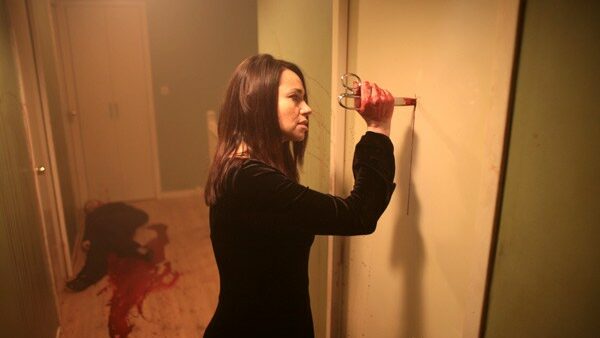 Featuring a lot of violence and blood, Inside is a movie that plays on the protagonists’ past actions catching up to her.

Alysson Paradis plays Sarah as a pregnant mother due to give birth the next when a strange woman calls upon her home and terrorizes her with the aim of taking her unborn child.

A lot of bloodshed and death later, the strange woman identifies herself and the viewers learn the antagonist’s side of the story. 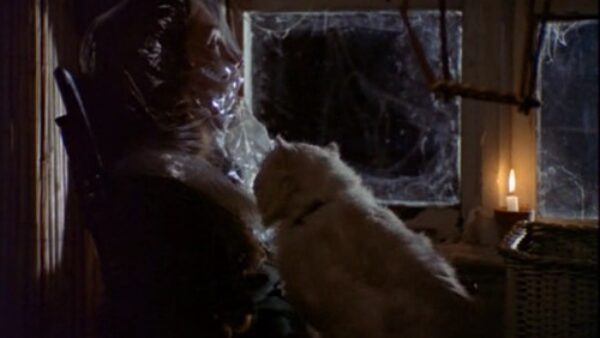 This 100 minutes horror/thriller’s storyline includes a mysterious caller who threatens the sorority sisters. Police take things seriously only when girls start to disappear and a dead 13-years old is found.

The calls keep coming and, somehow, the caller seems to know a lot about the girl. Black Christmas will keep you on the edge of your seat guessing whether the mysterious caller is someone within them. 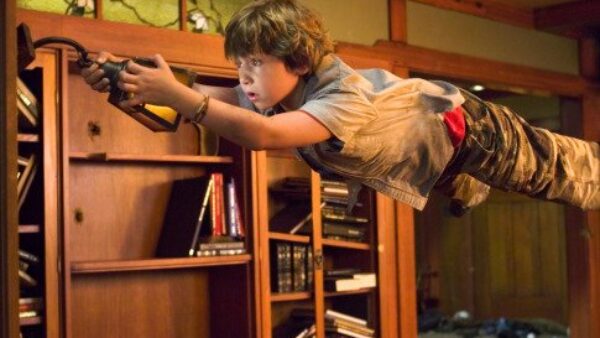 Based on a book named Zathura by Chris Van Allsburg, this movie has one of a kind story that is unique and keeps you interested throughout. Two brothers who never seem to get along start playing a board game named Zathura.

Along with their sister and the whole house, they’re thrown in space with strange dangers and consequences of every move in the game. The only way back is to complete the game if they can survive it. 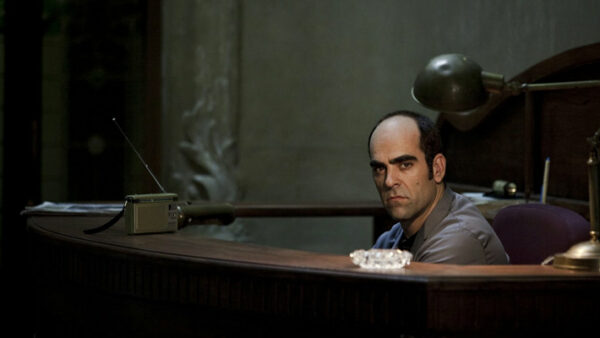 Guaranteed to keep your interest till the very end, Sleep Tight comes highly recommended with its actors doing more than a fine job.

The movie shows real character depth in a concierge named Cesar who is a sadist and is obsessed by an irresistibly beautiful young woman named Clara. The length to which he goes to in his obsession is astounding. 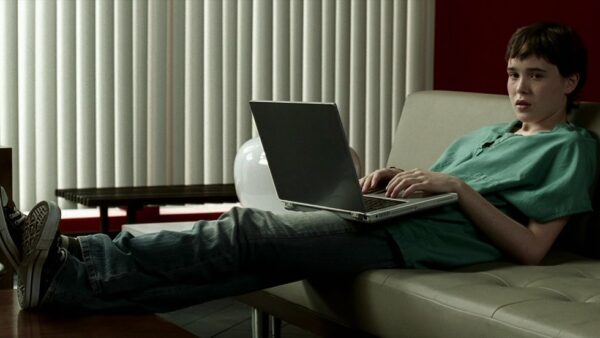 Teenage girls can get crazy. Teenage girls on a vendetta, however, are complete bonkers. Hard Candy shows us exactly this.

What starts out as simple online chatting between an early-teens girl and a 32 years old guy, leads to the girl tying him up in his house and raiding it for evidence of him being a pedophile. Every single thing that follows, has been orchestrated by the 14 years old girl. 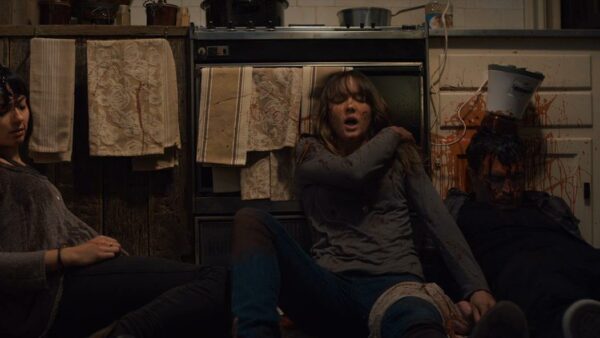 Violence and death responded to violence and death. In this extremely gore movie, full of deaths, there are no survivors. A family reunion of Davisons is interrupted by an attack on all.

Seeing death around, the victims’ only survival is in killing their assailants, and that is what one girl named Erin does. It turns out, the attackers were hired by people within the family looking to inherit the family wealth. 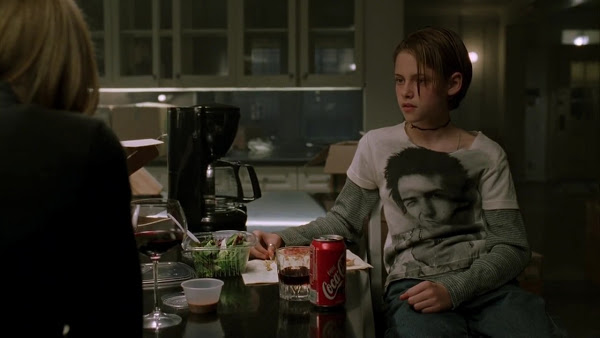 Big mansions can be costly and not just with money. We learn this in director David Fincher’s movie where a divorced woman along with her diabetic daughter move in a big mansion, which even has the facility of a panic room, a safe room completely impenetrable.

Three men break-in with the intent of stealing bonds worth millions belonging to the mansion’s previous, now deceased, owner. And their prize is exactly where the inhabitants hide – the panic room. 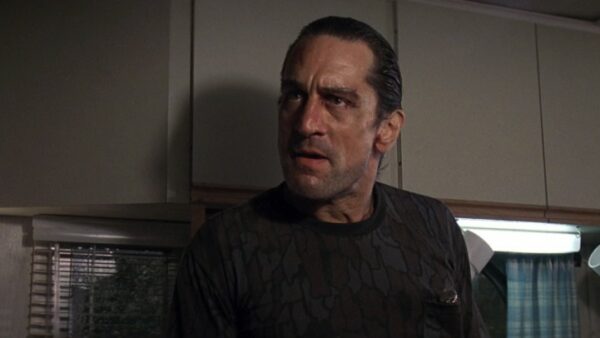 Martin Scorsese’s Cape Fear teaches us how lawyers make enemies. Her husband’s affairs become the least of her worries when a convicted criminal comes out of prison after serving his sentence. Max Cady was Sam’s (lawyer) client but Sam put up a weak defense knowing Cady is guilty.

Now out of prison, Cady is hell-bent on revenge. He intends to invade Sam’s house in the worst of ways, by destroying his family. 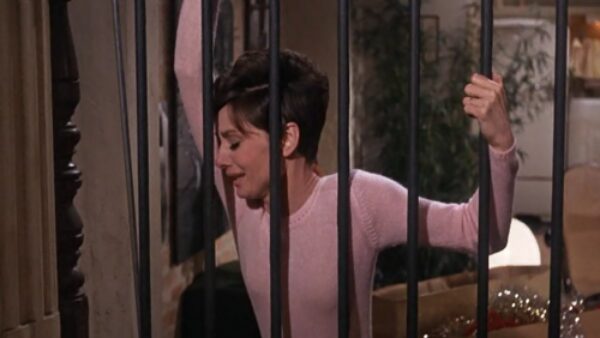 With an Oscar nomination for the protagonist (Audrey Hepburn) for best actress in the leading role and very high ratings by all credible movie reviewers, Wait Until Dark is highly recommended as a house invasion movie.

The main plot here is three men after a doll. Yes, a doll, full of smuggled heroin. It somehow ends up in a young blind woman’s (Susy) apartment and the men try to find it making Susy miserable. 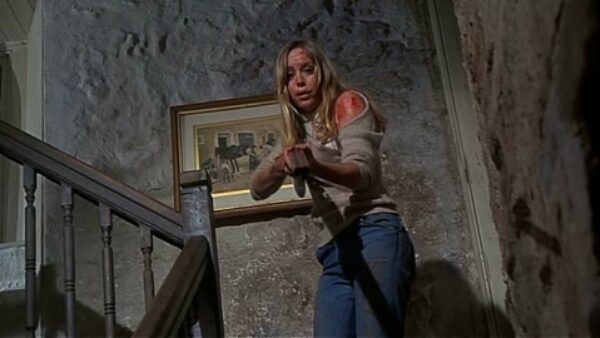 Director Sam Peckinpah shows how circumstances can change a learned, decent guy who resents violence into an aggressive man. This is a compelling story of an astrophysicist and his wife, moving in rural England but being bullied by the locals.

Their oppressing behavior crosses all limits, they even abuse her wife, and finally, he resorts to fighting violence with violence. Straw Dogs was nominated for an Oscar in Best Music, Original Dramatic Score category. 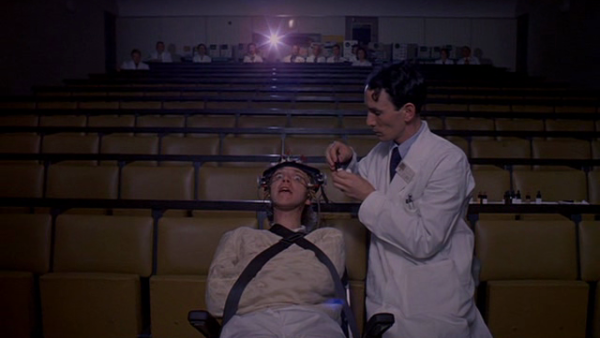 Written and directed by Stanley Kubrick, it is based on an extremely violent youth who ends up in prison for murder and rape. Instead of serving the full sentence, he finds a shortcut to getting back on the streets by registering in an experimental study. Back on the streets, however, he gets some of his own medicine by his victims.

Did we miss any of the best home invasion movies on our list? Please share your views in the comments below!