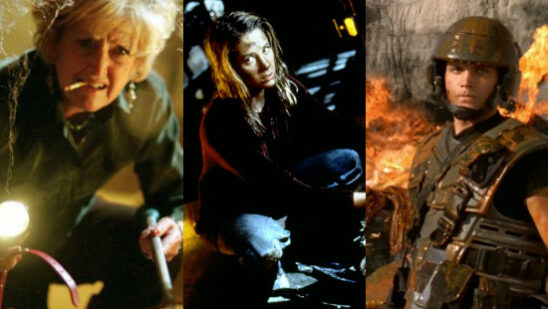 Humans have always been intimidated by species larger than themselves. Hence large aliens, dinosaurs, and predators make up some of the favorite features of the sci-fi/horror genre. One of the lesser-featured but equally creepy is giant bugs that come in many forms and sizes. Here we take a look at the 15 best giant bug movies of all time that managed to intrigue us the most: 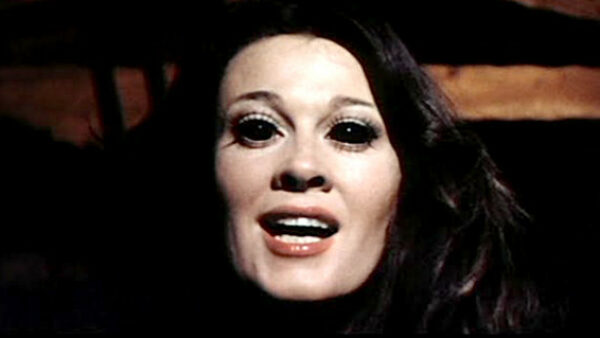 An eccentric idea put forward by the writer of Invasion of Bee Girls women can exhaust men sexually to the point of death. Lead actress Anitra Ford dons the role of a scientist, Dr. Susan, researching bees.

Mysterious deaths lead to government agent Neil (William Smith) investigating the matter. He finds Dr. Susan has created monstrous women, who seduce men with their beauty and kill them. 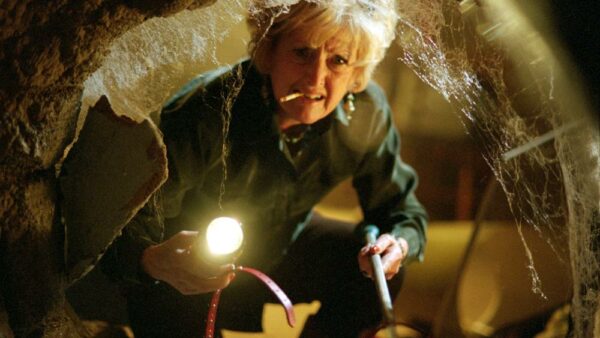 Eight Legged Freaks is written and directed by Ellory Elkayam as a sci-fi comedy with a simple plot, a spider fanatic’s blunder of causing all spider species to escape coupled with a chemical spill that causes them to grow to the size of a small truck.

David Arquette features as the lead in this movie, Chris McCormick, who returns to town after 10 years and still has a thing for the pretty sheriff. Together the sheriff (Kari Wuhrer) and Chris must lead in a struggle against the monstrous spiders. 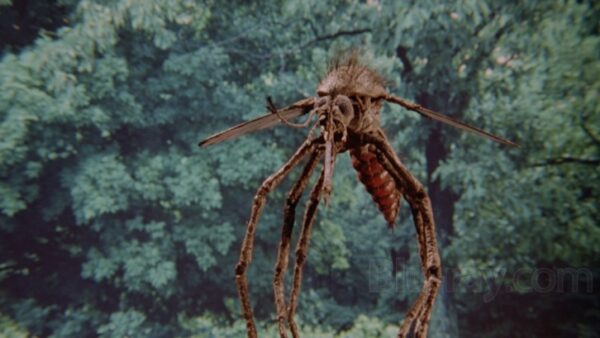 Our hatred for the buzzing, blood-sucking nuisance of an insect, the mosquitoes, is universal. Imagine these annoying flying, malaria-causing beings becoming gigantic. Not a very pleasing thought.

Writers Tom Chaney and Steve Hodge, and director Gary Jones play on your worst fears in this flick where an alien dump helps mosquitoes become vulture-sized, human-killing beasts. Lead stars Rachel Loiselle and Tim Lovelace along with others look to defeat these mutants. 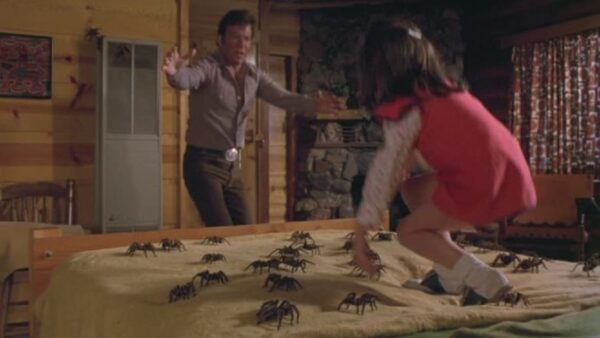 Remember how Ron Weasley follows the spiders into the woods only to find his worst nightmare in giant sizes and huge numbers (Harry Potter and the Chamber of Secrets)? Kingdom of Spiders, directed by John Cardos, has a similar story.

The death of farm animals leads the vet Rack Hansen (William Shatner) along with Dr. Diane Ashley (Tiffany Bolling) to investigate the matter only to find that gigantic killer spiders have overrun the town. 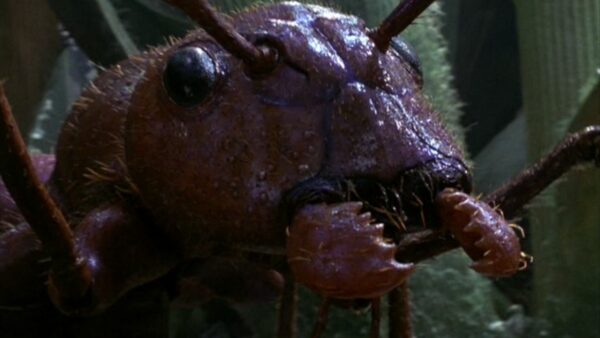 Here is a movie where instead of any bugs getting super-sized, the reverse happens and four kids are shrunk to nano-versions by an electromagnetic shrinking machine in a cartoon-like blunder. Although Joe Johnston’s venture did not receive high ratings from credible movie sites, it does have a good storyline and applaudable special effects.

The four shrunk kids’ adventure is amusing as they brave their way past routine things that become monstrous for them due to their miniature size. Honey, I Shrunk the Kids won the BAFTA film award. 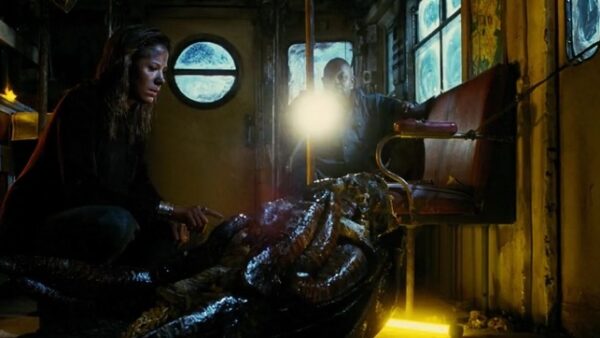 She comes up with a genetically engineered bug that mimics and kills cockroaches, which are spreading a plague causing the deaths of children. Thought to be sterile, the bugs somehow evolve and start mimicking their new victim – humans. 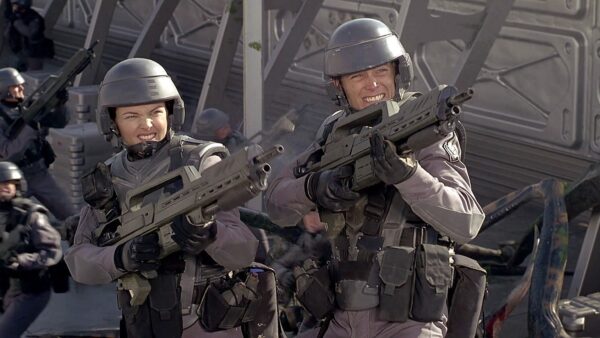 Starship Troopers are based on Robert A. Heinlein’s science fiction novel of the same name. It projects a futuristic world where kids are sent for military training to fight the alien bugs in space, who are bent upon destroying the human race.

Playing Johnny’s best friend with psychic powers is Neil Patrick (everyone’s favorite character, Barney Stinson from HIMYM). Starship Troopers was nominated for an Oscar in the Best Visuals category and surely ranks amongst the most action-packed giant insect monster movies ever. 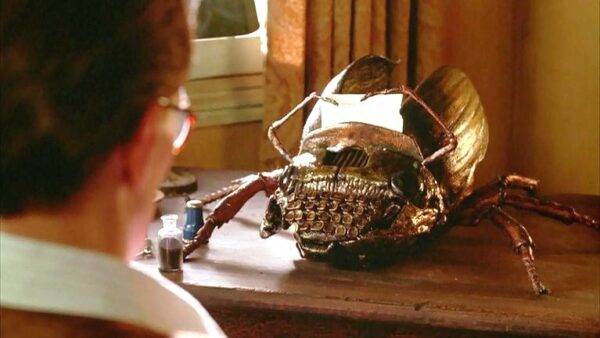 Naked lunch is based on William S. Burroughs’s novel and his life. The movie has a bizarre plot as the protagonist, Peter Weller, plays a bug exterminator who also happens to have a habit of getting high on bug powder, along with his wife.

He accidentally shoots his wife one day (a real-life incident from Burroughs’ life) which seems to trigger paranoia and possibly Schizophrenia. His typewriter somehow changes into a giant cockroach from whom he takes orders and ends up involved in a delusional mission. 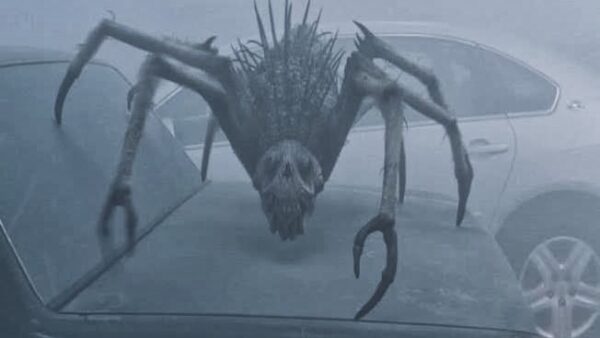 Frank Darabont, held in high esteem for his gem of work – The Shawshank Redemption, has directed this sci-fi-horror movie which has done surprisingly well at the box office and received great reviews on IMDb.

It is based on Stephen King’s novel where a mysterious mist on the lake baffles no one until a power outage forces many to turn to the supermarket including Dave Drayton, his son, and his neighbor.

Rumor of secret military operations and vicious insect beasts with tentacles, knocking on the windows of a supermarket has everyone frightened. Will these trapped people survive, watch the movie to find out. And, yes you must have heard about the ending of this film as it features one of the most shocking film endings ever. 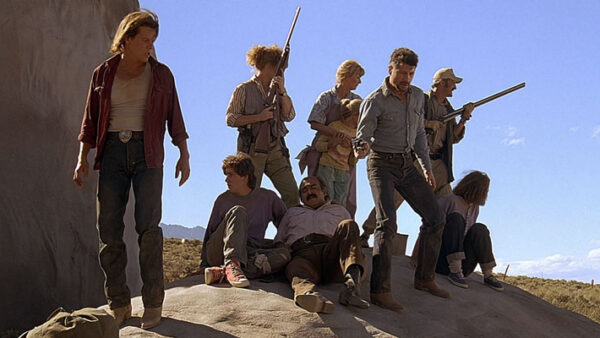 Director Ron Underwood produced this epic comedic sci-fi for a mere $11 million. Giant creatures with tentacles that move inside the earth and are bent on killing humans are the reason seismologist (played by Finn Carter) are getting unnatural signals.

Together with a couple, who were initially leaving town due to their dull lives, a group tries to kill these intelligent beings. Nothing is safe from these creatures as they can bring a building down by destroying its foundations. 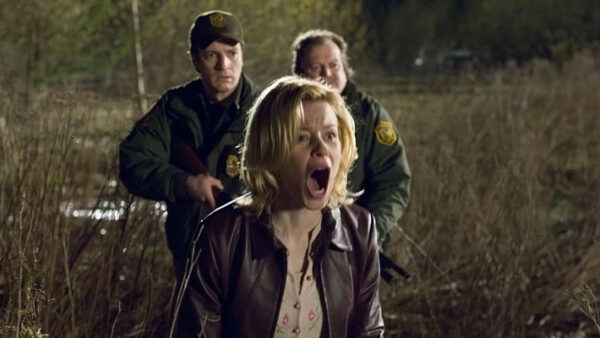 James Gunn’s Slither introduces alien worms to our world. A meteor crashed in the woods with an egg which is touched by Grant (Michael Rooker), who is there with Brenda for a one-night stand. Upon touching the egg, he comes under its control and infects Brenda.

It is up to his wife, Starla Grant (Elizabeth Banks), and the Sheriff to save Grant and other people from alien slugs that Grant is nesting. 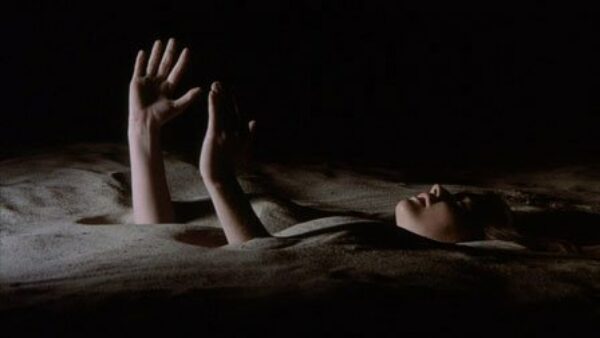 Incidentally Saul Bass’s last movie as a director, Phase IV pitches ants against humans. An event in space causes ants to become super intelligent and start a vendetta against humans.

Without a definitive ending, the movie, apart from being sci-fi horror, has been credited as being a piece of art that reflects ants’ view of humans. 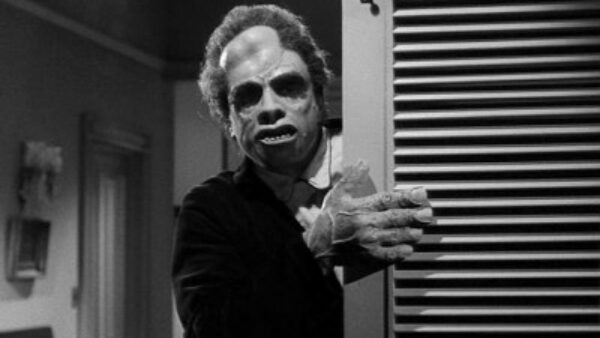 This 80 minutes horror movie, directed by Jack Arnold, features a titanic tarantula (a huge spider) that is on the loose, causing the deaths of people and cattle.

This disaster is a result of Dr. Deemer’s experiments with growth hormones. Investigating the matter is local doctor Matt Hastings and a stunning beauty (played by Mara Corday), who is Dr. Deemer’s assistant. 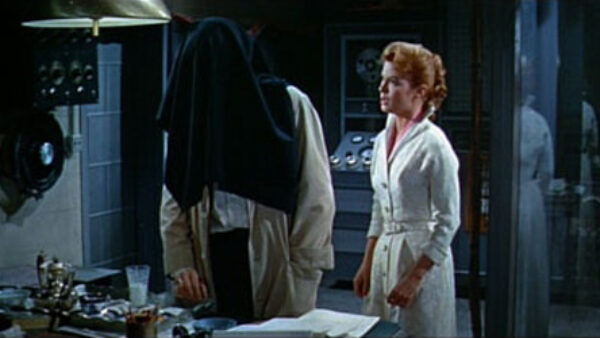 Based on a short story by George Langelaan, The Fly’s theme is very intriguing. Instead of bugs attacking humans, the plot is about an experiment going wrong. A scientist is experimenting with teleportation and is getting successful results.

However, when he tries it on himself, he does not notice the fly entering the chamber the result is disastrous, his head and one arm get swapped with the fly. The story is recounted by his wife after his death. 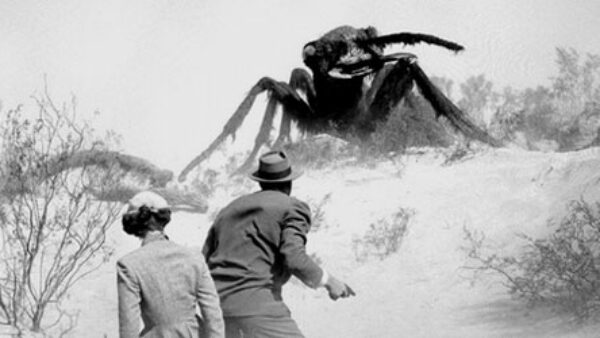 Taking the spotlight in our best bugs movies list is Them!. Nominated for an Oscar in Best Effects category, the movie has a sound plot. Atomic testing in 1945 caused a mutation in ants causing them to become giant and vicious.

FBI agent Rober, a scientist and his attractive daughter (played by Joan Weldon), and a police sergeant Ben (James Whitmore), are able to destroy the mutant ant’s colony. Plot twist, two queen ants have flown away to Los Angeles. The team now must reach in time to save the missing children and destroy the new colony.

Did we miss any of the best giant bug movies of all time? Please let us know in the comments below!