15 Best Shark Movies Of All Time 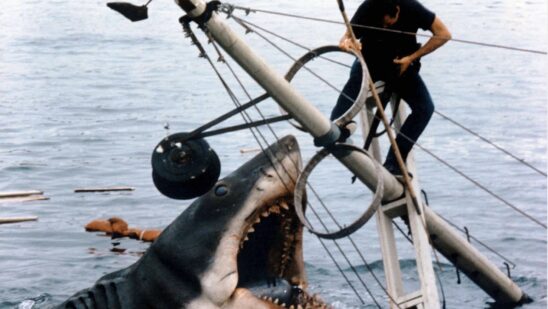 Ever since the on-airing of the popular Shark Week series on Discovery Channel, the demand for shark movies has been up by quite a margin. Since a lot of people were looking for a credible list of the best shark movies of all time, we decided to suggest to our readers some of the finest in this particular movie genre! A group of friends heads out to a resort near a lake for their summer fun. But things take a turn for the worse when they realize, that the lake is full of various kinds of dangerous sharks, including the infamous great white sharks.

The question is, how did all these sharks even get into a lake? While they are left alone on the lakeside and the phones don’t work, they must find a way to get help for their already injured friends and escape the place alive. 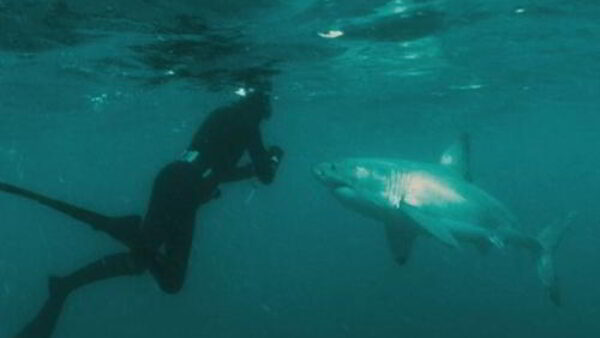 Shark expert Kate’s business is failing after her partner died from a shark attack. The visions from the attack still haunt her and she has not set foot in the water since. But as bills begin to pile up, she needs to do something about her work soon.

Her boyfriend convinces her to take on a job, a thrill-seeking millionaire going for a shark hunt in the most dangerous place in the world: the shark alley, and that too without a cage! Having very few options, Kate agrees to the work. 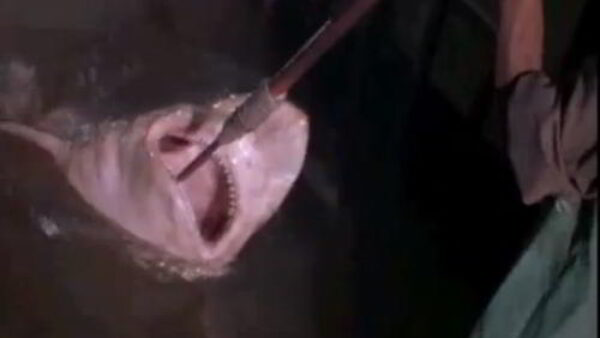 A marine biologist Steven travels to South Africa when he learns that a friend of his died in a shark attack. He meets with his friend’s sister who tells him that she believes her brother was deceived.

Steven agrees to help her, and later discovers that the sharks his friends were dealing with are not normal sharks, but they have been experimented upon! 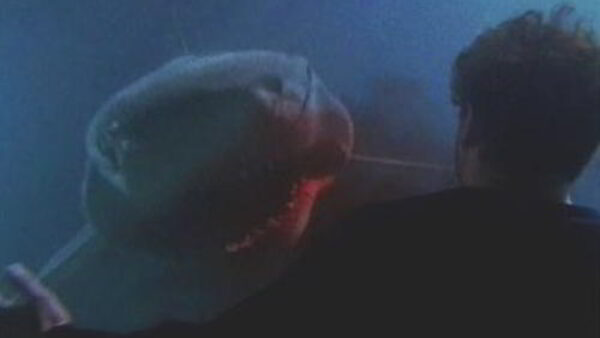 When an oil rig worker and his partner agree to work for an oil company and are sent for some work at the river, they cross paths with a couple of thugs who came that way to recover the money they hid in the river some time ago.

The thugs take them hostage, not realizing that there is a bull shark terrorizing the river and they might have more pressing issues soon enough. 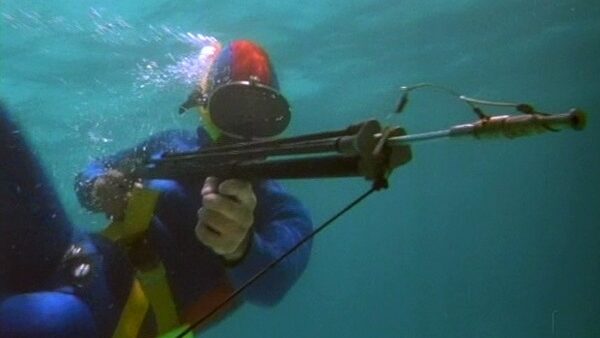 Steven, a businessman has arrived at a beach to spend some quality time. When he finds himself sharing a female tourist with a local resort worker, the two of them become friends. They live an amazing three-way intimate lifestyle in Steven’s yacht, but little do they know, that their paradise brings along some trouble.

A tiger shark appears on the beach and starts killing the locals. The two men decide that they must kill the shark so they can return to their peaceful hometown. 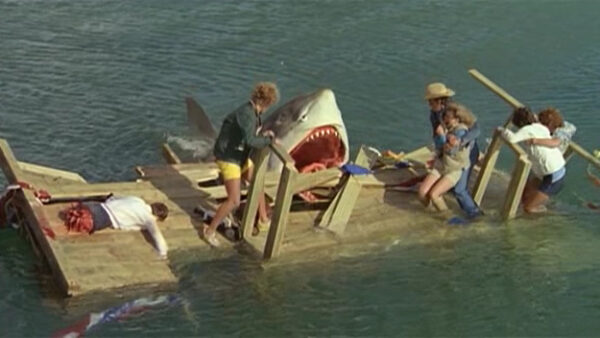 A great white shark enters the shores of Port Harbor and starts devouring swimmers. When the mayor refuses to close down the beaches, a shark specialist and a local shark hunter must kill the monster before it does any more damage. 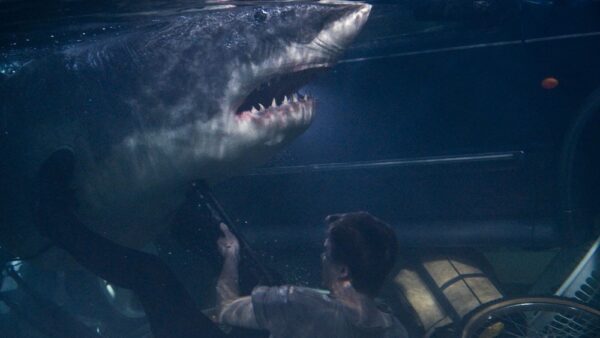 After a tsunami hits Australia, a group of people gets trapped in a local supermarket. But just when they thought the worst was over, they find out that the storm brought along a great white shark towards the flooded land (yes, you gotta believe it!).

Now they must try to escape the place. Although a really weird plot, the movie manages to pull it off thanks to its special effects and well-directed thrills. 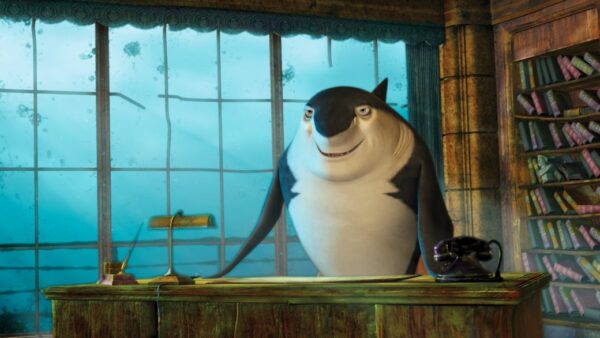 The only animated film on the list, Shark Tale is a fun story about civilized and advanced marine life underwater. Oscar is your everyday fish who works at the whale wash and dreams of a life on top of the ocean, where “somebody” lives.

When Oscar takes credit for killing a shark that was in fact killed by an anchor, he becomes an instant star and his dreams come true. But when the sharks hear about the new “Shark Slayer” in town, they decide to avenge their fallen comrade. 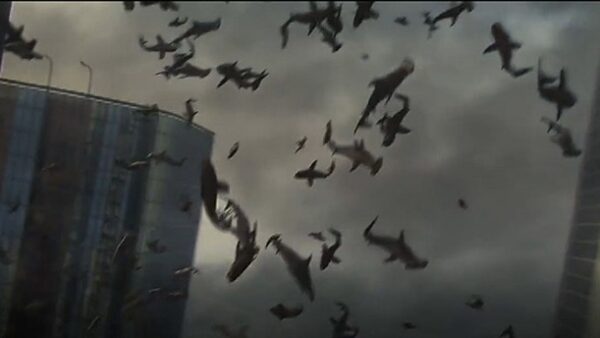 If you were looking for a really serious film about sharks that had some possible plot depth, you should skip this. It’s not your average killer shark film, and never does it try to be. It’s a film about sharks in a tornado, and it does deliver it well.

A number of sharks get caught up in a tornado that is moving from the ocean and toward Los Angeles. As soon as it arrives in the city, all hell breaks loose. 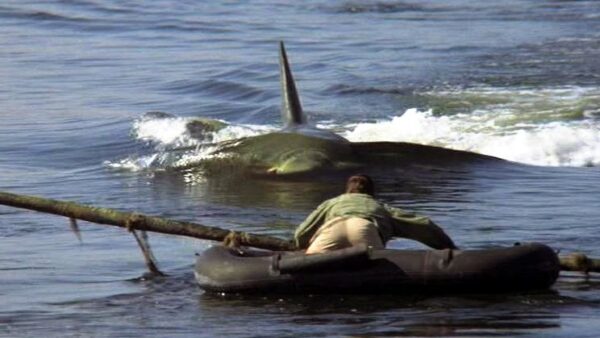 Although the film never rises up to the standards of the original, Jaws 2 still manages to deliver enough to keep the fans satisfied and the series alive for a couple more sequels to come. The great white monster returns to the island of Amity, causing more deaths and Chief Brody suspects it’s another shark.

As if the events of the previous film weren’t enough to convince the board to take him seriously, they decide to keep the beaches open, resulting in a mess quite similar to the first film. 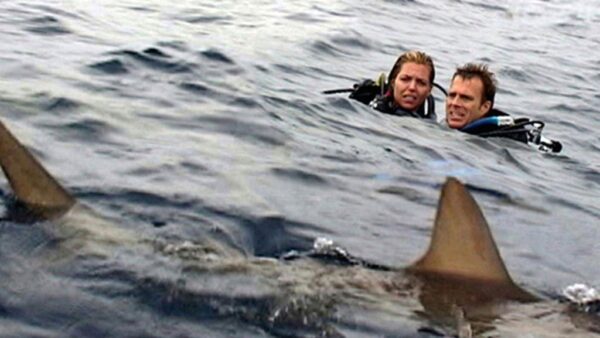 Based on true events, Open Water tries to be different from most of the movies in this genre by trying to be accurate, and it does succeed at it quite well. Also, it happens to be the only one on this list that doesn’t involve a huge shark hunting people down for the sake of it. The sharks behave very much like you’d expect to see in the real world on a Discovery Channel documentary.

A couple goes on a vacation scuba diving. Through a stroke of bad luck, they are left behind by the diving crew when they take too long to surface and a counting error occurs on the crew’s behalf. Surrounded by miles of ocean filled with jellyfish and sharks, the couple must try to make it out alive. Based on true events (the same events that inspired the novel, and later the movie Jaws), 12 Days of Terror has a fantastic storyline.

The movie revolves around a shark terrorizing a town, as the title suggests, for 12 days while the people struggle to overcome the problem. 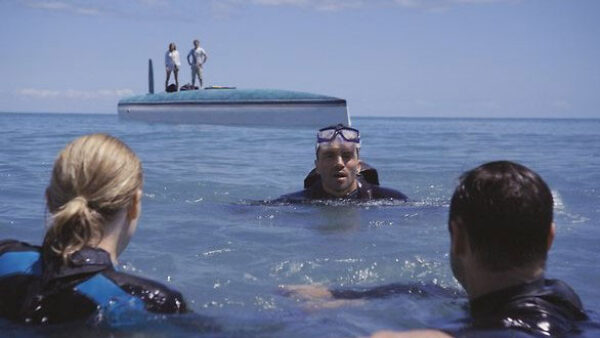 Five friends set out on their boat on an adventure into the ocean, but are met by a tragic accident. Now their boat is broken and useless and they are left with two options: either stay on the boat and drift away into the ocean or try to swim towards an island that should be about 10 miles away.

Four of them decide to swim for their lives and one stays behind. Who made the smarter choice (any wild guess)? 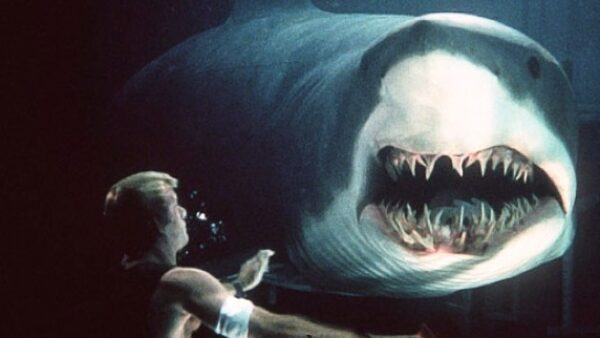 A group of mako sharks is kept in undersea aquatic labs for research on Alzheimer’s disease. But when the deadlines start closing up ahead, and the three sharks not providing enough protein to synthesize a cure, Dr. Suzan decides to violate the Harvard Compact and use gene therapy to increase their brain mass (for more proteins).

As a side effect, the sharks get bigger, smarter, and faster and begin hunting the researchers and collapsing the labs. But the question is, what does a super-smart Mako shark think about? Revenge for captivity or something bigger? 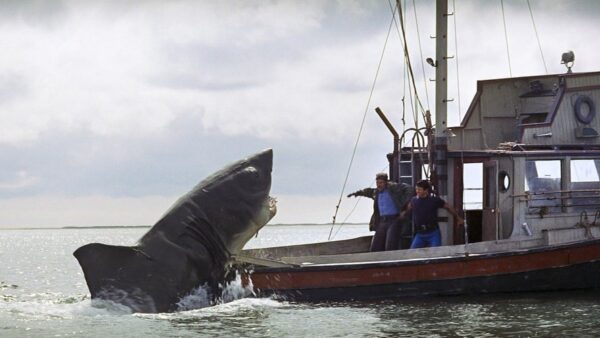 Jaws was the movie that shot director Steven Spielberg to fame and caused many to develop a fear of the sea. As a fan of the Shark movie genre, this is a must-watch! When strange deaths start occurring in the waters of Amity Island, Police Chief Brody suspects a shark to be involved.

The mayor, however, doesn’t allow any such statement to be made because Amity is a summer island and their entire business is concentrated at this time of the year when people from all around the country come to spend their summer near the sea. But when the killing doesn’t stop, Chief Brody convinces the mayor to order a hunt for the shark, things however still don’t progress as planned.

Our list of best shark movies of all time cannot be completed without mentioning these titles:

Did you like our list of the best shark movies of all time? What names come to your mind when you think of some scary shark films? Share with us some of your favorites in the comments section below!