5 TV Shows That Totally Collapsed in Their Final Season 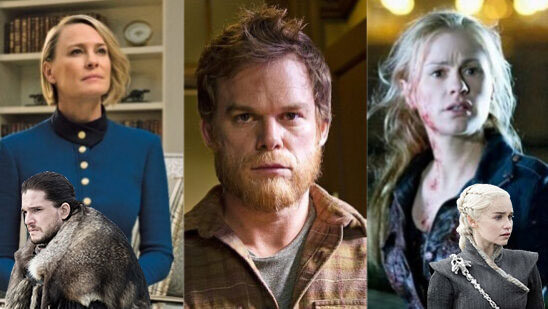 Cathartic, emotional or unsatisfactory, endings tend to evoke strong feelings every time. This especially happens when a certain TV show is loved by a vast majority. There are lots of TV shows that had fans hooked for years but unfortunately, they did not quite end up as fans wanted them to. Shows like Game of Thrones started with a bang and unfortunately end with a snivel. However, the question is, was Game of Thrones really as bad as other TV show endings in the past? Because there are lots of TV shows that have struggled with this situation. Therefore, we certainly have lots of contenders for this position and they are arguably way worse than GOT ending ever was. Here are 5 TV shows that totally collapsed in their final season. A fair warning though, there are spoilers ahead as we’ll be discussing the endings, it’s obvious. So, enter at your own risk! 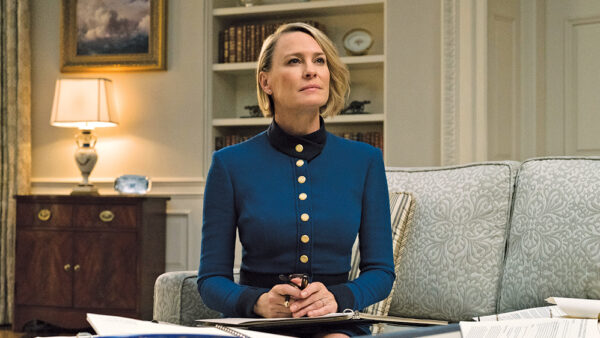 House of Cards was such an excellent show that portrayed the sociopathic behaviors of politicians as they were. However, after the main character, Frank was written off, the show had so many opportunities to explore new ideas. The actor who played Frank, Kevin Spacey, was fired due to multiple sexual predation and rape allegations against him. Instead of focusing on Frank’s absence, they decided to focus on his presence which made the final season an absolute nightmare.

The final message sent by this series is that the people who run our country are capable of evil, and will keep committing it because they know they’re never going to face any consequences. If you came to the last chapter of the Underwoods’ story hoping there would be justice, as we did, you would wound up disappointed. It’s a relief that House of Cards is ended when it did because the last season is the storytelling equivalent of the inside of a junk drawer.

All in all, House of Cards had to end, not just because it was time but because its leading star allegedly engaged in unacceptable behavior. In the show’s universe, Frank Underwood never faced any consequences for his misdeeds. Kevin Spacey, on the other hand, did. Sometimes, in the real world, not everything goes by House of Cards’ rules.

The bad ending could be due to anything such as the creator, the writer, the cast, character arcs weren’t played outright. It could be anything. Anyone can make mistakes. The worst TV show endings carry an extra sting because viewers have already invested years following the series, and want their loyalty rewarded. They’re accustomed to a certain level of quality, so they buckle up for an exciting final ride – only to have the show fizzle out. There’s nothing else to do but try to move on with life. 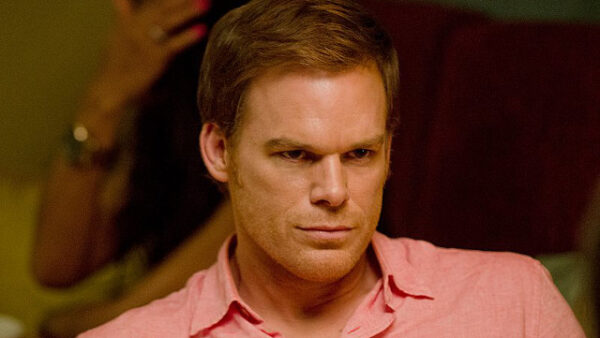 This series aired for eight seasons on Showtime from 2006 to 2013, and Dexter viewers became completely infatuated with the title character. He was a vigilante serial killer, beautifully portrayed by Michael C. Hall, you couldn’t help but fall in love with Dexter. He was a serial killer who murdered other serial killers. It doesn’t get any better than this. However, the end was so bad. Dexter ends up faking his death to go be a lumberjack in the woods for the rest of his life. Yes, a lumberjack! We were hoping for Dexter to go out in a blaze of glory. Even doing prison time would have been better but what we got was a big load of nothing. Only lumber and the chopping of the said lumber.

It still breaks fans’ hearts to acknowledge that horrible last arc. The finale really was a slap in the face to long-time viewers. Such a complex character like Anna lost pretty much all her layers. Masuka somehow had a daughter for unknown reasons. They even introduced new characters and then suddenly took them off the show. All in all, the last season was nothing like the show that the fans had come to love and cherish.

According to critics, by the end, Dexter had become laughably predictable as the finale neared. The show had already started to fall off the wagon from the beginning of season 4. However, loyal fans continued to stick with it hoping for at least a satisfying ending. That never happened, unfortunately, and the rushed finale just ended up angering longtime viewers. To this day, fans are still calling for a spinoff, dismissing the finale that had Dexter living in a personal hell as a bearded lumberjack in hiding. 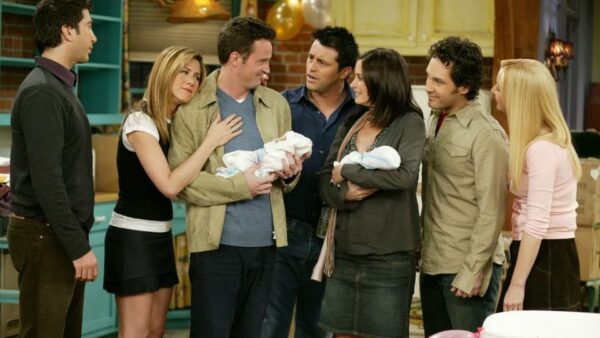 Another TV show that did not quite sit well with the audience. A lot of the fans did not appreciate the ending of Friends. Obviously, the show’s extraordinary large fan base dictated the fact that the end had to be a huge moment. Something akin to a fairytale but Ross and Rachel’s relationship had already been so played out. First, he cheated then they got back together, later they break up. Second, they get drunk married in Vegas then they divorce.

Third, they have a kid together and still don’t manage to be together. Finally, she gets her dream job in Paris and she leaves her dream behind for Ross again, to start the relationship at square one. The storyline was extremely dragged. This made it less charming and more annoying by the end. One assumed that their story would end at sharing parentage to their kid but nada, the show writers wanted to pull at them like a pack of chewing gum.

To make things worse they even dragged poor Joey into the mix. Creating a totally unnecessary Rachel and Joey love story into the whole fiasco. On top of that, they gave Joey a lousy spin-off. Let’s not even discuss that.

Secondly, they dragged the show through way too many seasons. The last few seasons were very shaky. Some episodes made no sense at all. It almost seemed like the writer was pulling at loose ends. Despite that, they managed to wrap it all up which is still commendable.

Overall, it was a very mainstream network show with a massive audience. This obviously meant they had to cater to romance more than other important character developments. Even Phoebe, the unapologetic weirdo of the bunch, winds up walking down the aisle to marry a nice, ordinary guy from a rich family. It was disappointing to see an independent woman such as Rachel give up on her career for a man who for a fact doesn’t even offer to move with her to Paris. 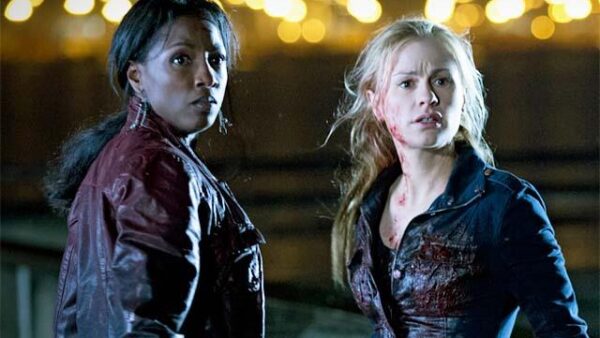 True Blood is another one of those shows, where the final episode and season were just really out of character. Did Bill die? Sookie got married to some guy we never even saw? Bill and Sookie’s romance was a major part of the series and it was basically how Sookie got into the whole mess which became her life in the first place.

Overall, the conclusion was very unsatisfying. The show was a bloody good time during its early episodes and highly entertaining too. Season 7 is where it all sort of collapsed. The haphazard storylines did not make sense at all. A lot of new characters introduced to the show seemed meaningless. The worst part was the ending. Bill’s death at the end wasn’t even the worst part, but the fact that Sookie killed him so she could be happy was the worst! Sookie had been fighting to make her own choices for almost the entirety of the narrative and the fact that Bill forces her to kill him for her own sake takes all of the choices away from her.

On top of that, Sookie is pregnant with the child of some man, which we as viewers don’t even get to see. Why did we even dedicate our time to a show that would make zero sense as it ends? Maybe someone should have put a stake in the show’s heart sooner so nobody would have to endure the shit show it became. Many fans felt like they had been betrayed. It was really the end of everything that originally made the series so much fun. In all honesty, True Blood lost its fangs when it ended (pun very much intended)  It hurt to put so much time and energy into these characters and then just watch it all fall flat at the end except for a few such as Eric and Pam. It still stings to even think about it. 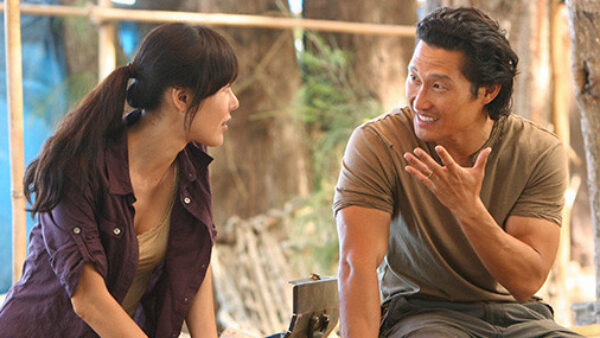 Lost is one of those shows that became a cultural phenomenon early and quite unexpectedly. The fame that the show got from the very beginning made viewers demand more from the show as it continued. When the final season of the show aired in 2010, fans were anticipating a satisfactory end to this extraordinary narrative. As the story progressed, the show had formed a pattern of writing itself into holes before knowing how to get out of them.

These mysteries were meant to keep up the mystique of the show and keep viewers tuning in until next time. So, ultimately by the end of the show, there were so many open threads that there was no way to tie them all off without devolving into a series of long boring explanations.

Secondly, the show was initially known for its twists, turns, and supernatural mysteries. This is one of the main reasons why the finale seemed too easy to be true. Safe to say, the characters ending up in an afterlife was not what the fans were expecting from a show that explained most things through science. It was such a popular show that it had entire websites and forums dedicated to solving its many mysteries.

The whole scenario was quite addictive, especially since viewers were desperate to find out what was actually going on. As the series went on, the mysteries and plotlines kept piling up, much to the collective confusion of the viewers. The end made some fans so furious they refuse to even talk about the show. By some fans, the end is described as downright ridiculous.

Some fans on one hand call it one of the worst TV show endings to ever exist whereas others appreciate the open-ended nature of the conclusion. This makes people still debate about what actually had transpired in the end. Maybe that is what the show writers intended, that people talk about it years after the show end. Who knows? Either way, some clarity would have been nice to tie up the convoluted, strange, and mysterious series.

Do you agree with our list of the top TV shows that totally collapsed in their final season? Share your thoughts in the comments below!