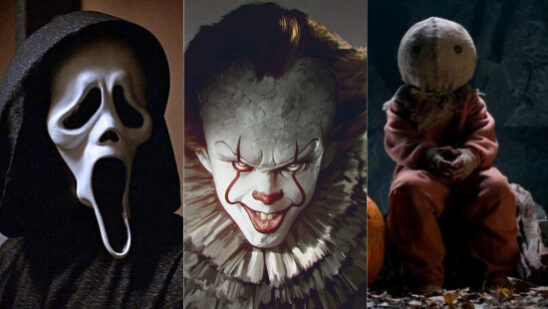 What is the one thing that can get people excited about movies without giving away much? It is the opening scene of the movie that carries the potential to get the viewers hooked if it is up to the mark. In the case of horror movies, every person wants to see different types and intensities of horror scenes but the one thing that everyone wishes to see is a movie that will scare them out of their mind. The first five minutes of a movie can tell you a lot and are often an indication of the quality of the movie. Although it is true that no movie should be judged by its opening, that is what most people do which is why directors often fit in a couple of scares in these minutes so that they can grab the attention of the viewers. It is a great tactic as that builds the interest of the audience and creates anticipation for the rest of the film. If you are a huge horror movie junkie like us then you might appreciate movies that have a banging opening that will provide you with a smooth transition into the rest of the movie. We dug around and came up with 15 scariest opening horror movie scenes ever that are guaranteed to blow your mind so let us have a look at them: 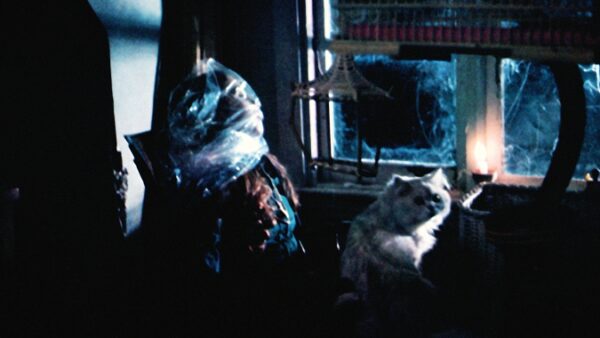 Every movie has its own stalker but Black Christmas’s stalker is truly ironic because he not only stalks, he moans and groans at the other characters of the movie. It is true that the movie starts off a bit generically with clichés of stalker cam, drinking, and hiding in closets but soon it gets interesting.

When the girls in the movie gather around a telephone set to receive the call of the stalker, they are recipients of not only groans but blatant high and shrieked vulgarities. 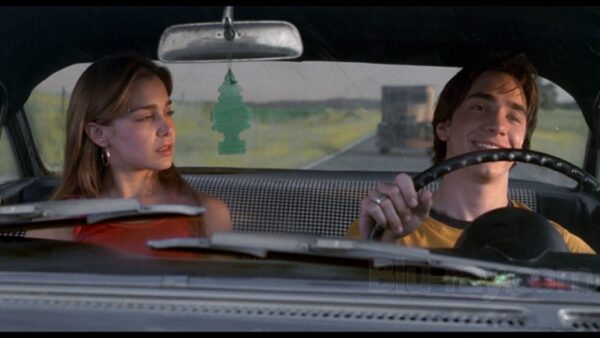 The best thing about this movie is that it is said to be based on a true story which is why so many fans are hooked on it. The creeper in the movie was based on someone real and the people he followed were real too.

In 1990, two people namely Ray and Marie Thornton were off driving on a road when they came across Dennis DePue who seemed to be dumping a body behind a schoolhouse. It was later discovered that the body was of his wife. When the Thorntons appeared in court, they described how the creeper tailed them for miles and how horrific the entire ordeal was.

Texas Chainsaw Massacre might not be a cinematic masterpiece in many people’s eyes but there is no denying that it is infamous and will remain so for the longest time.

It is true that the first few minutes of the movie might be dull but soon the images of decomposing eyes and other bits come up and satisfy the viewers and adjust their expectations for what level of gore is about to be witnessed. 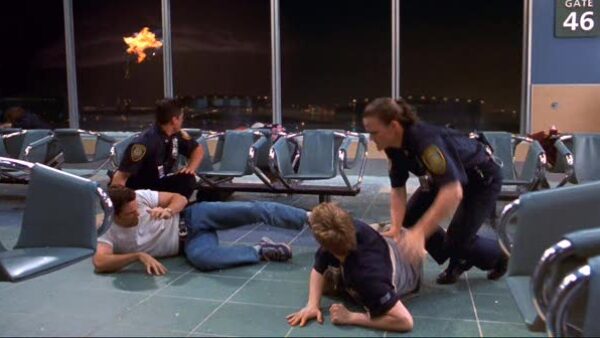 Final Destination is the reason that many people are afraid of escalators, swinging fans, trucks carrying logs, bathwater, tanning beds, and much more. The movie is about people dying through some sort of natural freak accident but the strange thing is that all those people are connected somehow.

The opening is gripping as it shows a plane carrying high school kids getting blown up suddenly right after the flight attendant assured the passengers that the whole flight was going to go smoothly. 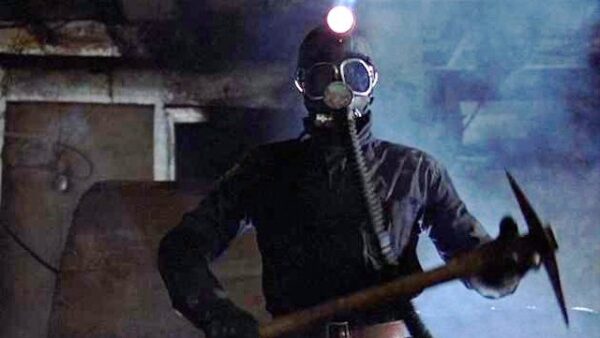 It is one of the favorites of people who love bloody slasher movies and is a horror flick that is hard to pass up. The main character in this movie is a dude who uses mining gear and tools to conduct his murder spree.

The tactics that he uses result in a lot of gore and nasty scenes that might be hard for some people to go through if they do not like seeing blood splashing about every which where. 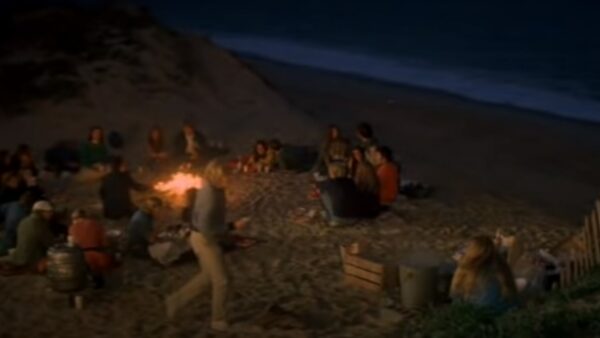 There is no doubt that Jaws is the best horror movie out of this whole list and it will remain an icon forever. It is the movie that has inspired many shark movies and is truly one of the best works of Steven Spielberg.

The opening scene is one where a group of people is swimming unaware of the danger lurking nearby. The first victim is Chrissie who is unknowingly enjoying her skinny dipping which soon turns out to be the last thing she does as she is sloshed around the water by some predator and finally dragged down to the bottom of the sea. 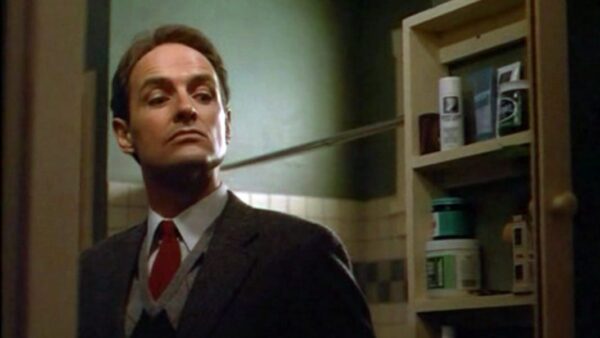 The calm that you will feel right at the beginning of the movie is just a ruse because The Stepfather has one of the most jarring opening scenes ever. We see the main lead calmly washing his face that is covered in blood and then stepping into the shower during which he cuts off his beard and hair.

The suspense keeps building because the viewers do not get a clue as Terry O’Quinn cleans his house. As soon as he descends the stairs, the audience is met with a bloody scene where his family members’ bodies are littered all over the place and the house is destroyed. One of his stepdaughters recognizes his violent pattern of continuously creating new identities, settling down, and then murdering them. 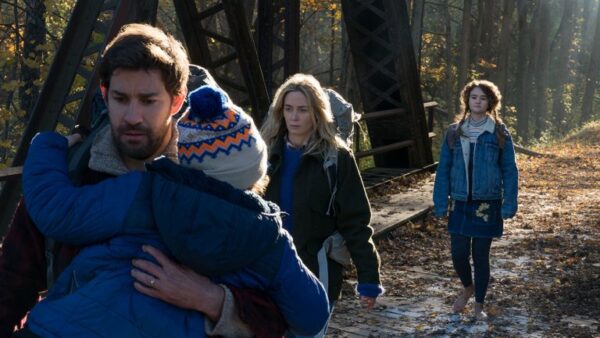 The trademark of the movie is that there are not many sounds throughout. It opens with a family going through a shop completely silent which is a clear indication that remaining quiet is somehow the key point here.

When one child’s battery-operated toy fires up with blasting music, everything changes. The visuals of the youngest child being snatched away by some entity are ones that will make your stomach churn and will be the first of many anxiety-inducing moments of the film. 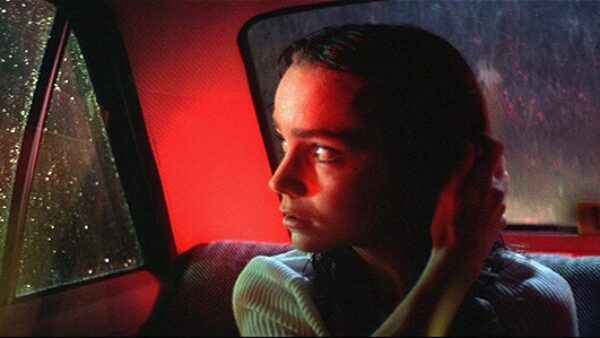 This is a movie that is guaranteed to send chills down your spine, especially because of its creepy yet highly appropriate soundtrack that not only has sinister music but also whispers that are played almost throughout the entire movie.

It starts off with a dancer, who was late to a dance academy, suddenly fleeing the scene when she sees Pat running away from there. Suzy reaches her friend’s apartment but soon after, Pat’s body is flung from a sunroof and it is clear that she has been stabbed multiple times.

Scream is an iconic movie and its opening scene is still memorable. It is where they kill off a major actor, Drew Barrymore in the first 10 minutes. Whilst the actress is settling down to watch a scary movie, she receives a call from an unknown man who puts her to test that ends fatally for her.

For the fans that like seeing blood, the movie Scream has it in ample amount and will leave them hanging on the edge of their couches whilst they scream questions, incredulities, and curses at the actors on screen. One thing that will definitely happen is that you will always hesitate to pick up a call from an unknown number and would love to have a caller ID to help you avoid the slasher. 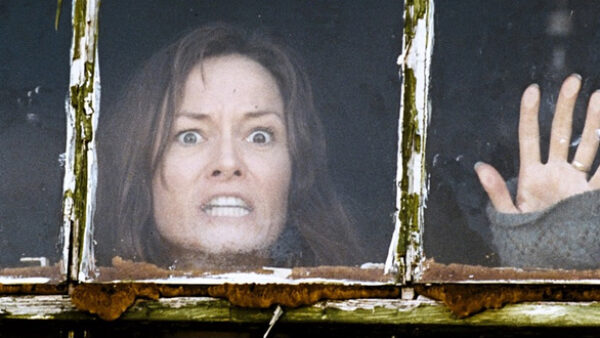 28 Weeks Later is a sequel to the famous zombie movie 28 Days Later and is one of our favorites because it holds true to a good zombie movie. It starts out with a group of people who are survivors of the mad rage virus and are hiding out in a house.

The group is a close-knit one and even includes a sweet grandma but soon enough, they all are attacked by zombies and die except for the main character of the movie who flees leaving everyone behind to become zombies’ lunch. 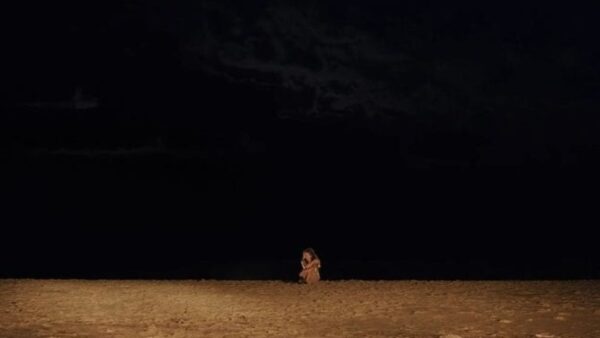 Every horror movie fan has heard of this movie because of its gripping all too real storyline and a jarring opening scene. The story is that there is an invisible but extremely terrible force that seems to attach itself and attack people who have intercourse with people who are infected with a sexual disease.

The opening scene sees a young woman who is afflicted by this curse and when she says goodbye to her family and tries to run away, she turns up dead on a beach completely mutilated. 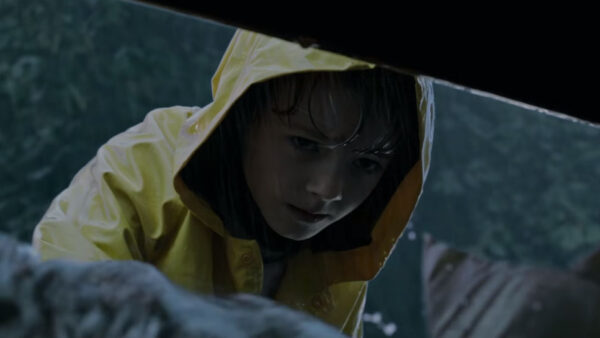 Both the versions of this particular movie are outstanding, so much so that they are the stuff of nightmares for children and adults alike. The original series started out great but got a bit drab towards the end but the truth is that Tim Curry’s Pennywise spread a wave of terror back in 1990. In our opinion, the new version wins due to its amazing graphics.

The story opens up with a little boy following his paper boat on streams of rain. Soon, it goes into a sewer and when the boy goes to retrieves it, he encounters a clown who says that he was stuck there as his circus was blown there and offers the kid a balloon. When the boy reaches to get his paper boat back, the demon clown chews his arm off in a bizarre and gore-y manner. 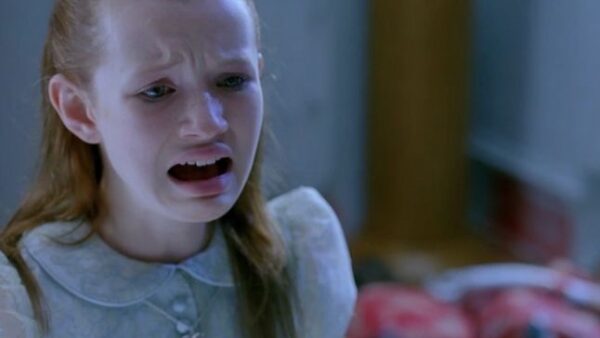 We agree with the general consensus that the movie sadly goes pretty much downhill after its opening scene but the first few minutes of the movie are something that is the saving grace of it and might invite you in. If you do not like to see people being murdered and blood everywhere then you would want to skip over this one.

It basically starts off with a bunch of people enjoying a cruise whilst an Italian song plays in the background. Soon enough, opening credits appear on the screen that is done in pink and viewers relax as they see a young girl dancing with the captain of the ship but suddenly everything takes a turn for the worst when a wild metal wire starts decapitating people who try to hold on to their torn limbs and that is what goes on during the rest of the movie. 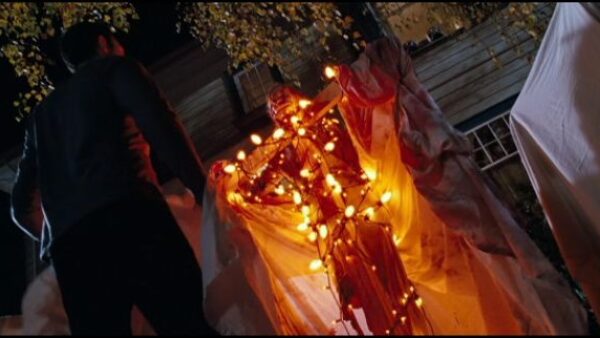 This movie is a complete gore fest and that is why we love it. You would love to know that the story revolves around people who took the Halloween tradition lightly which caused their untimely demise. There are a couple of different stories linked together and the characters in the movie start getting hunted down by a little weird creature that is seen to be wearing a sack made of burlap.

It all started when the actors made the mistake of extinguishing a jack-o-lantern before midnight and we can all agree that that is a pure crime, some might even say that the characters got what they deserved.

We cannot resist mentioning some of these horror movies as well that feature really scary and shocking opening scenes:

Hope you enjoyed reading our list of the scariest opening horror movie scenes ever. Feel free to share your views in the comments below!