Home » Movies » 15 Most Outrageous Movie Betrayals of All Time

15 Most Outrageous Movie Betrayals Of All Time 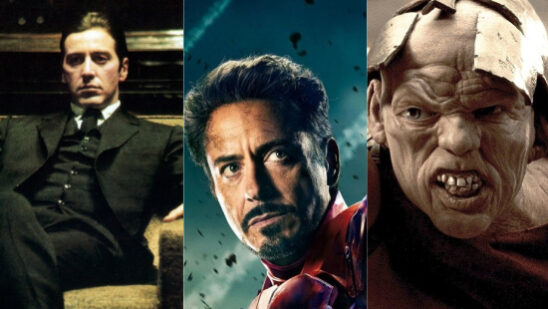 Betrayals in real life are quite common but in movies, it’s a big deal. A perfectly executed betrayal transpires after the audience has connected with a particular character or chemistry between the characters and then, that character ends up betraying the others. Sometimes, the twists can be predicted but an effective betrayal manages to catch the audience off guard. Betrayals are quite common in slasher/thriller movies where no character can be trusted until the very end. However, other genres are prone to such twists as well. So, without further ado, here are the 15 most outrageous movie betrayals of all time: 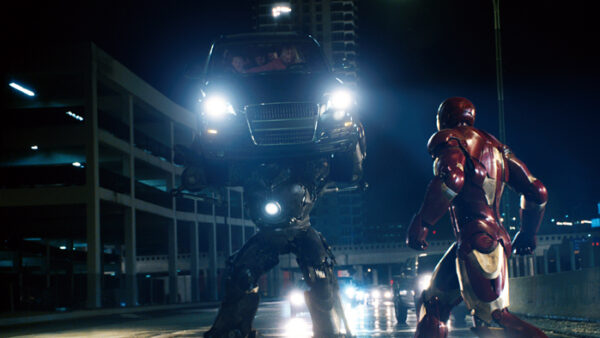 What better way to kick off the list than discussing about the movie that helped launch one of the most successful movie franchises of all time (Marvel Cinematic Universe). The first installment in both the Iron Man and MCU franchises revolved around the evolution of Tony Stark as the superhero Iron Man.

After Tony’s father, Howard had been killed off in an accident, his company’s (Stark Industries) control was given to his business partner, Obadiah Stane. However, Tony Stark took over the company’s control soon after, forcing Stane to step down. The feeling of jealousy caused Stane to turn on Tony. Although the betrayal was predicted, the events that transpired leading to the reveal of the twist were highly captivating and executed brilliantly. 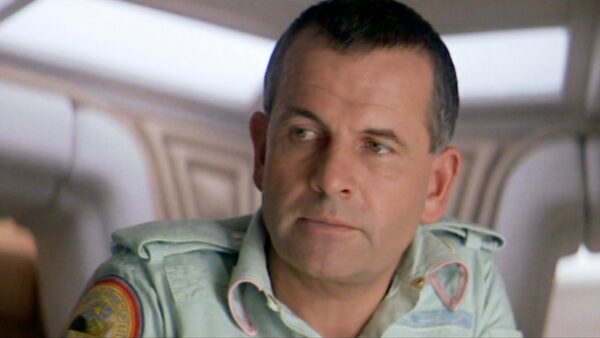 Nothing is more heartbreaking than a likable character turning to the dark side. Such was the case with Alien. Ash, the android, turns out to be a vicious killing machine in addition to being smart enough to carry out the company’s orders.

His treacherous actions result in the demise of almost everyone abroad the Nostromo. Although it can be argued that he was just an Android doing what he was programmed to do, the way he carries out his plans is nothing less than what a ruthless killer would do. 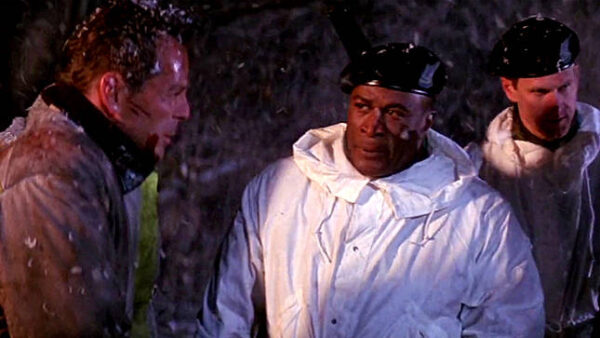 High octane action flicks like Die Hard and its sequels do not need a deep plot to thrive. A straightforward plot with captivating action sequences and snarky one-liners are enough for viewers to enjoy the film.

However, the second installment in the Die Hard Franchise was packed with a twist that very few people saw coming. After the protagonist John McClane’s wife is confirmed to be one of the passengers on the plane with low fuel circling around the airport, unable to land due to the presence of German terrorists in the airport, he enlists the help of Major Grant and his crew. The duo establishes a friendly bond but it is then revealed that Grant was working with the terrorists all along. 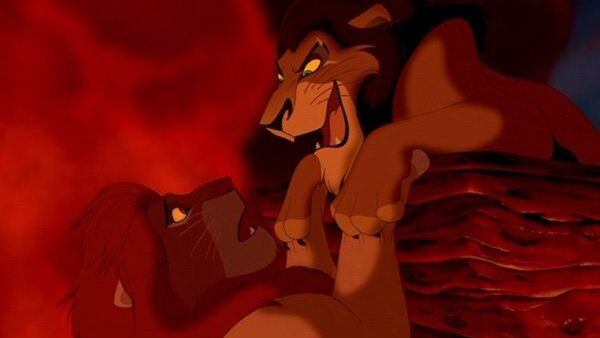 Lion King is one of those rare movies that can still hit you in the feels, no matter how many times you watch it. The story was so deep that it can give tough competition to any well-crafted movie of today.

The betrayal we are discussing here is obviously the one where Scar tries to get his brother Mufasa and his son Simba killed in a stampede. Scar’s motivation behind the betrayal was his realization that he could never become a king due to Simba being next in line after Mufasa. After Mufasa’s death, Scar coaxes Simba into disappearing so he can gain power and control of the jungle. 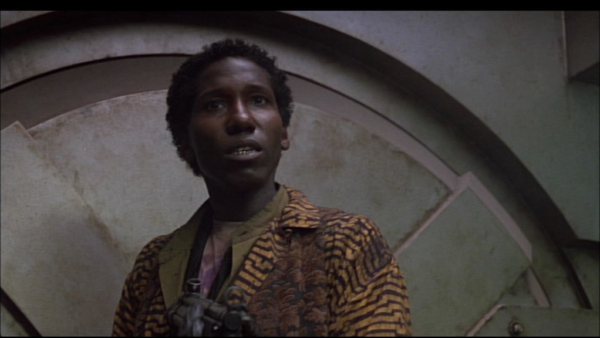 Having a comedic sidekick can make any movie much more interesting than it already is. The same was the case with Total Recall where the character of Arnold Schwarzenegger befriends a loudmouth and lively Benny (who has 5 kids, in case you didn’t know already) upon reaching Mars.

To everyone’s surprise, it is revealed that Benny was actually associated with the antagonist. He even proceeds to murder Arnold’s character at one point but fails and gets slaughtered instead.

This 2002 crime flick has got to be one of the most underrated films of the last decade. From story and performances to cinematography and other details, everything is flawless.

The story revolves around the character of Michael Sullivan Sr. who is forced to turn against his boss (who had raised him and treated him just like or even better than his actual son) and go after his son, Connor who had murdered one of Sullivan’s children and his wife.

The second and third acts of the movie are highly engaging with Sullivan pursuing revenge on Connor and at the same time, protecting his son from his Boss John Rooney and the people he had hired to kill Sullivan and his son to save Connor. 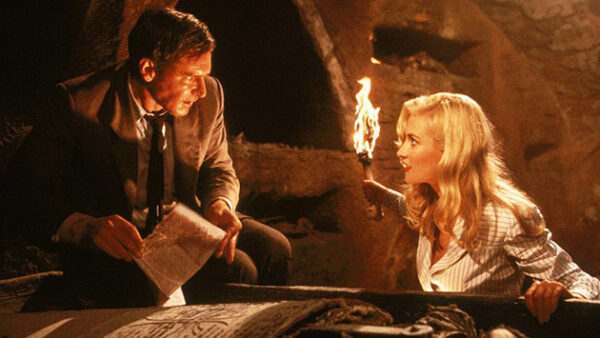 In the third Indiana Jones flick, the protagonist encounters Dr. Elsa Schneider, an Austrian Archeologist. It doesn’t take long for the two to develop feelings for each other but as soon as the audience is led to believe that the flick is going to be an Adventure Romance, things take a turn for the worst.

It is revealed that Elsa was actually working with the Nazis as an agent. To further inflict damage, it is also revealed that she was cheating on Jones with his father (yikes!). This betrayal hands the Nazis key information required to achieve their ultimate goal.

8. Anakin Skywalker’s turn to the Dark Side (Revenge of the Sith) 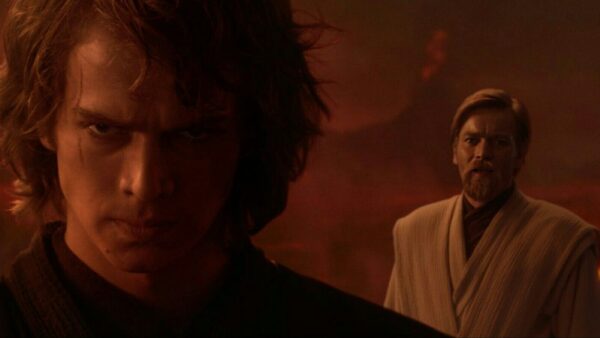 If you watched the Star Wars series in chronological order, this turn might have shocked you the most! Anakin Skywalker gets recruited in his childhood by Jedi Master Qui-Gon Jinn and his apprentice Obi-Wan Kenobi for Jedi training. It was believed that Skywalker would grow up to become a Jedi and bring balance to the Force.

However, the losses that he had to endure over the course of the first 3 films caused Anakin to become the very thing he has sworn to fight against. He couldn’t save his mother from getting murdered. He then starts having visions of his pregnant wife Padme dying.

The Sith Lord is able to convince him that he could save his family by joining the dark side and after considering the offer, Anakin ends up becoming a Sith and Darth Vader eventually. However, he still couldn’t save Padme and becomes the primary cause of her death. 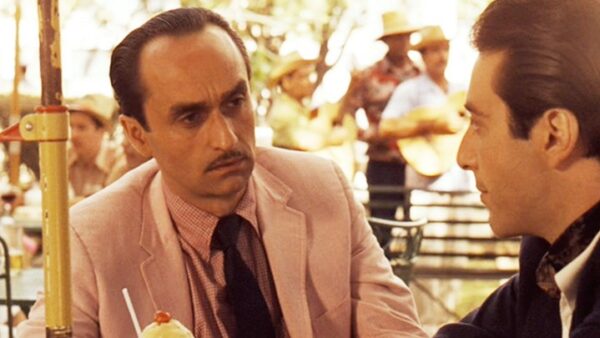 Being an elder sibling and not getting as much attention and importance in family affairs as the younger siblings can be quite hurtful and this emotion was brilliantly portrayed in the second installment of the Godfather film series.

After getting frustrated to an alarming extent due to being sidelined from the family business in favor of his younger brother Michael Corleone, Fredo Corleone plans an ultimate betrayal to eventually get Michael assassinated. The failed attempt ends up costing Fredo his life. 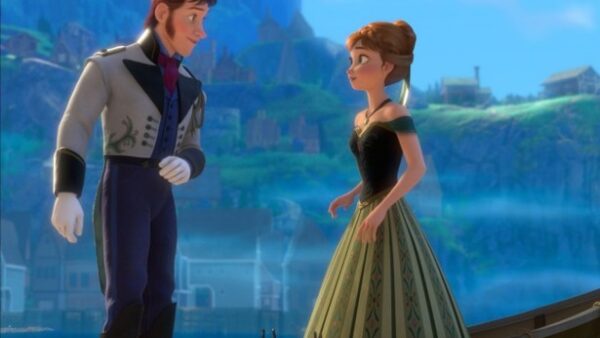 Another animated entry into the list. However, it can’t be argued that animated features, over the past number of years, have upped their games. Frozen set a benchmark for animated movies through its captivating plot and underlying messages.

One of the most shocking moments of the movie involves Hans betraying Anna. The betrayal was shocking in the sense that Hans seemed like a stereotypical prince charming like the protagonist at first. However, the fact that he turned out to be a villain should have been really hard on the kids watching the movie. How can I be so sure about it? Because it was hard on us as well!

5. A Friendly Betrayal (The Empire Strikes Back) 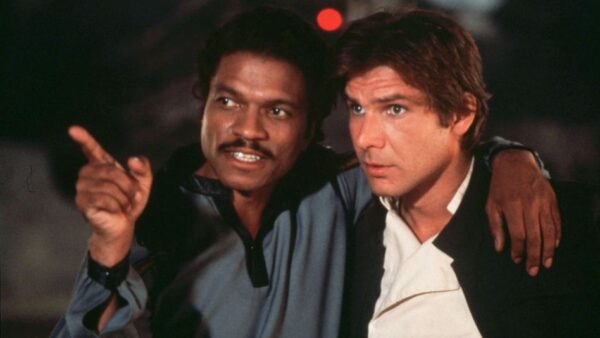 If there is anything to learn from the Star Wars movies, it’s that you can never count out the Sith. When Han Solo, along with his group, reaches Cloud City to flee from Darth Vader, he is offered a safe spot by his old friend Lando Calrissian, who also falls in love with Princess Leia.

However, Lando leads the group straight to Darth Vader and though Lando later realizes his mistake and tries to make things right, it’s simply not enough to justify his cold betrayal that results in Han Solo getting subjected to the carbon-freezing facility. 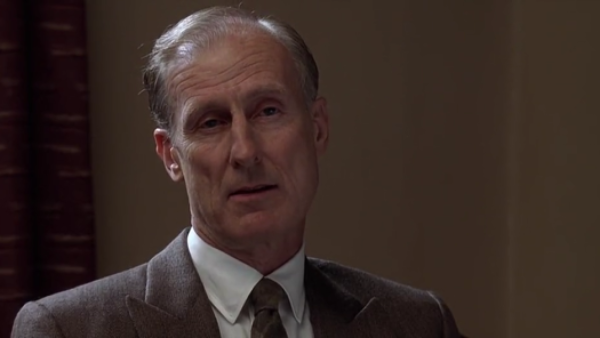 The classic film had one of the most shocking on-screen betrayals of all time. When three police officers of completely different natures join forces to investigate a string of crimes and murders, it is bound to be a good story.

However, if it is revealed that the person behind the entire mess is the police captain himself, it takes the interest level up by several notches. In this flick, it is revealed out of the blue that Captain Dudley Smith was the mastermind behind everything going wrong in the city. This betrayal can hardly be predicted beforehand and is executed in such a way that it leaves the audience completely shocked.

3. Betraying Who Trusted The Most (Donnie Brasco) 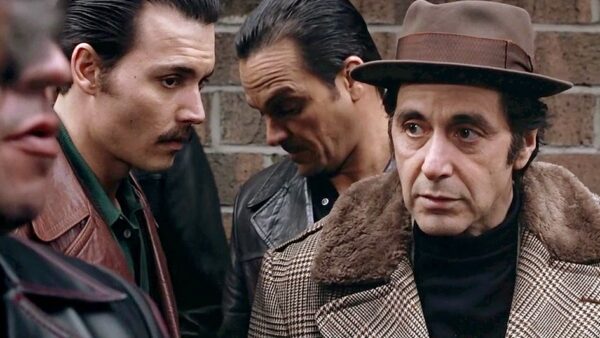 If there’s ever an award ceremony for the most underrated movies, Donnie Brasco is going to score big. Johnny Depp and Al Pacino made the audience connect with their characters through their brilliant portrayals. This is why the eventual betrayal is quite heart-shattering.

For those of you unaware, Depp’s character Joe Pistone (an FBI agent) joins Lefty (a mob veteran) in order to gain access to his criminal operations and bring him to justice. However, Lefty starts treating Pistone as one of his own and also expresses that he would give away his life for Brasco (Pistone’s Alias for the mission) if the situation arises. These strong portrayals make the betrayal extremely unbearable to witness. 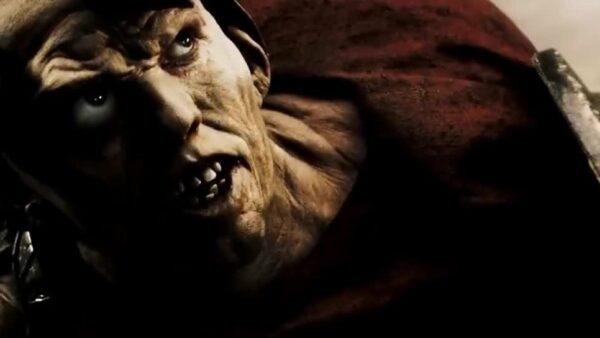 Zack Snyder is known for putting extra effort into the storytelling to make the audience feel how the characters do. Due to this, 300’s betrayal story turned out to be one of the most talked-about things at that time.

When Ephialtes expresses his wish to join the 300 army in honor of his father, his request is declined, and is, in turn, offered the duties of serving water to the warriors and getting rid of the corpses. The displeasure due to rejection and an incomparable proposal by Persia’s King leads to Ephialtes turning on his own army. Ephialtes proves to be a valuable asset for the antagonists’ army during the battle.

1. Delusional Behavior At Its Finest (The Matrix) 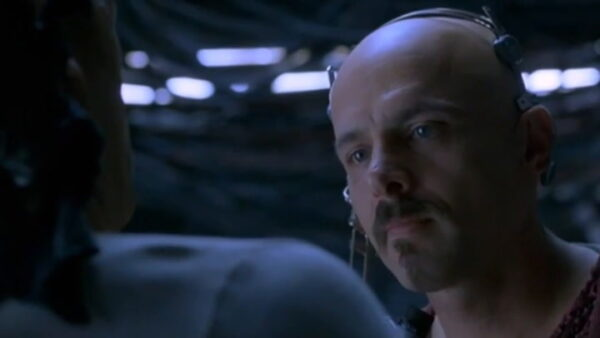 To this day, The Matrix is regarded as one of the most genius films ever made. The flick was light years ahead of its time. From a unique story to an amazing plot execution, everything was perfect in The Matrix…well except for the fact that the sarcastic Tech Guy was a delusional traitor.

He was ready to get rid of his crew and give up on reality to live a happy life in simulation. To achieve his goal, he went as far as unplugging his crew after they had been trapped in the Matrix. That was both cold and calculated…but still delusional!

Do you agree with this list of the most outrageous movie betrayals of all time? Have any other plot-changing betrayals in mind? Do let us know in the comments section!