15 Best Submarine Movies of All Time 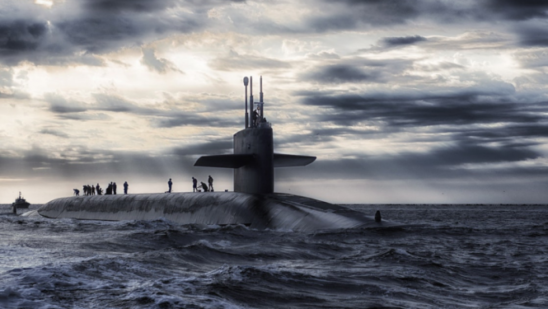 The best kind of action takes place underwater. That’s why Hollywood has often served us with some remarkable submersible action. But, with an overabundance of such films, a few stand out among the others. So, if you’re looking to get your fix on submarine flicks, then here are 15 of the best submarine movies of all time: 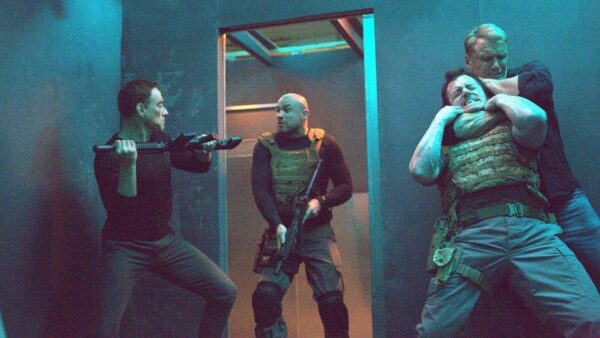 Soon, the story unwraps, and everything becomes clearer to the main character. However, you shouldn’t expect a stellar story, as this film’s only purpose is to give people their fix of submarine films. 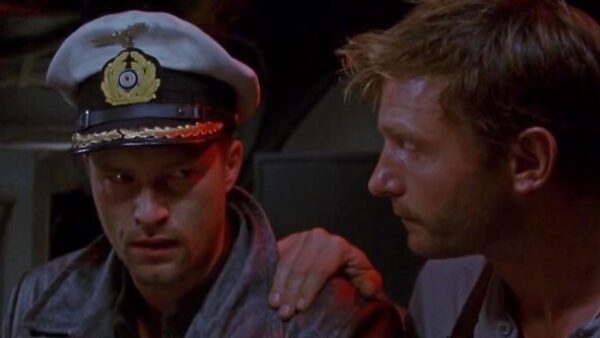 In Enemy Hands is anything but your average action-filled junk movie. Even though the film has all the tools of being an action war drama, it relies heavily on its lead characters’ story and acting.

The star cast, led by William H. Macy, tells us the story of a drowning American submarine, which was torpedoed. Soon, the survivors are picked up by a German U-Boat. However, the twist soon arrives when a meningitis outbreak threatens all the inhabitants of the submarine. 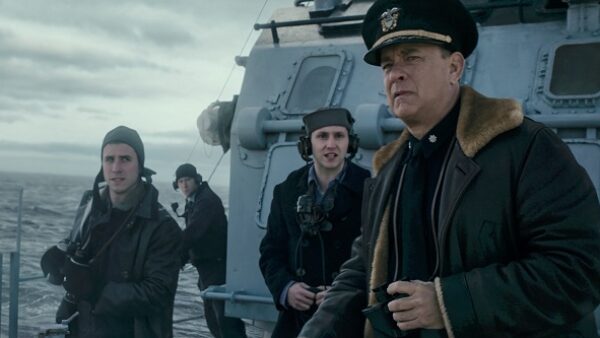 Greyhound is yet another stellar film for Tom Hanks’ ever-growing grand resume. This film is based on the infamous Battle of The Atlantic, in which countless submarines, boats, and other naval staff took part.

The story is that of Ernest Krause (Hanks), who is allotted to lead an allied naval convoy across the dangerous Atlantic. However, it’s not the weather; it’s the threats under and over the water that the characters must fight. 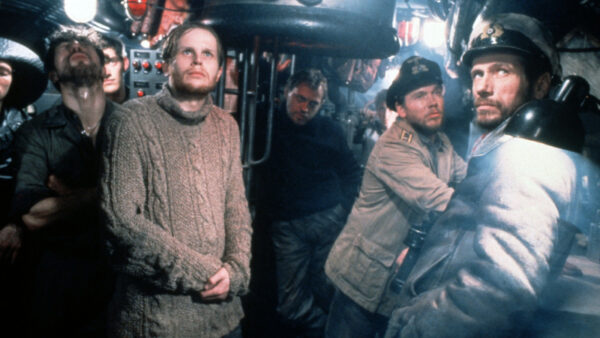 Das Boot is a rather unconventional war/submarine film. Instead of relying on heavy action or face-paced sequences, it tells the story of wartime boredom that sailors and submariners might face.

The plot surrounds a German submarine as it patrols the Atlantic Ocean during the Second World War. It’s a truly remarkable film that leans toward the horrors faced by people with demanding jobs, such as these submarine sailors. 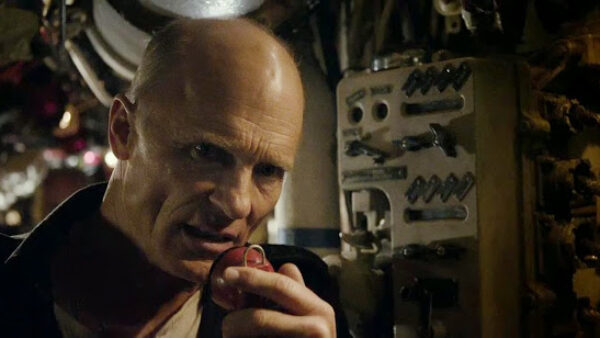 During the cold war in the 1960s, Phantom tells us the story of a Soviet submarine during those trying times. Brewing wars and personal motifs, this film features it all.

But, most of all, it features amazing underwater shots and ensuing battles. Riding on the back of a stellar cast, this story will surely keep you entertained for an hour and a half. 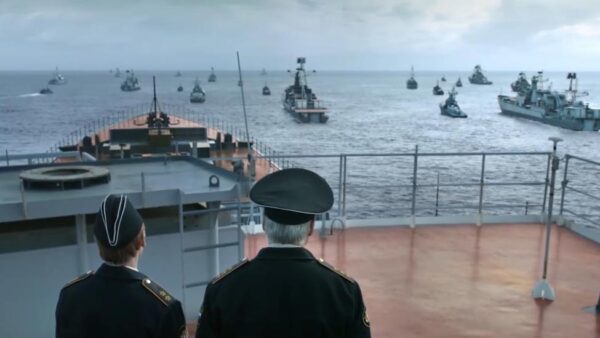 Kursk was based on a true story of the namesake submarine disaster back in 2000. It all begins with a simple exercise involving the Oscar 2nd class submarine called Kursk. Soon, the onboard explosion leaves the submarine tethering away at the pity of the merciless ocean.

While the crew awaits rescue, a raging political landscape prevents any help from getting to them. However, what you will love about this film is its race-against-time type of feeling and the strong performance of the cast. 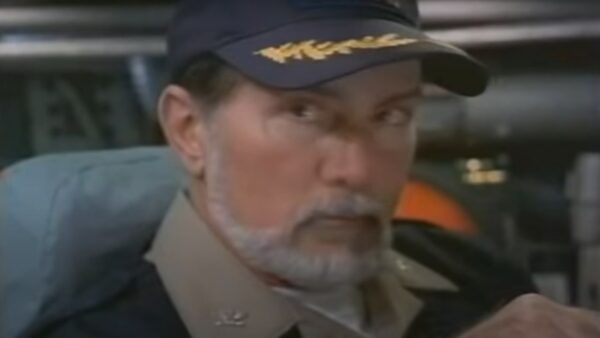 When a Soviet Yankee-class nuclear ballistic submarine enters unwarranted waters, it’s sure to cause a stir. That’s what happens in Hostile Waters, as the K-219 collides with USS Aurora, its counterpart from the US Navy. The collision leads to dangerous circumstances that could result in a nuclear disaster.

Although this tv film is loosely based on a real Soviet submarine incident, however, you should see this film for its amazing visual effects and submersible accuracy. 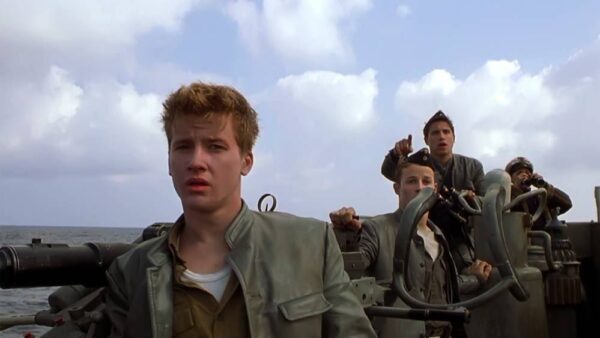 U-571 sounds like your average underwater action movie. However, instead of relying on underwater missiles whooshing through the ocean, this film relies on espionage. The film’s story is that of American submariners that board a German submarine.

Their goal? To infiltrate and secure information alongside a freak machine. The story might not be a mind-bender, but it will definitely keep you busy for its 1 hour and 56 minutes runtime. 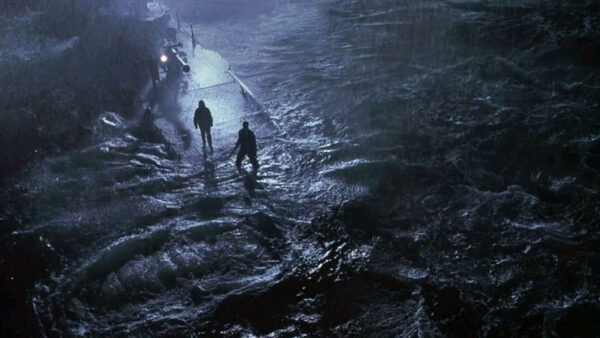 Below is one of the best blends of submarine and horror elements. This is a war thriller, which tells the story of the USS Tiger Shark. On a routine rescue mission during World War II, the crew begins to feel uncanny experiences. Soon, things turn paranormal.

This intriguing submarine thriller will keep you hooked to your screen. If you’re looking for an entertaining film that doesn’t bend your mind, then this one is for you. 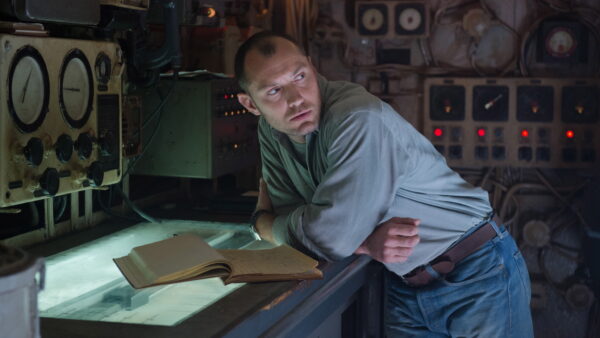 Black Sea is not only an excellent submarine film; it’s also a testimony to Jude Law’s acting range. The film’s story isn’t too far behind its stellar sequences either.

It begins when Robinson (Law) loses his job. he then decides to find the drowned Nazi U-Boat from Second World War filled with gold. The only trick? It’s on the bed of the Black Sea, and the chances of the crew getting there without running into resistance are slim. 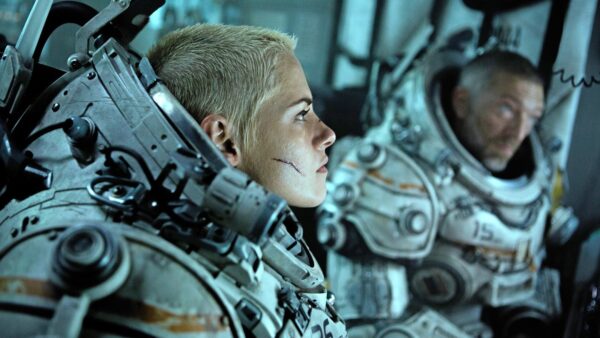 Underwater isn’t your average submarine/action-filled adventure. It tells the story of Norah (Kristen Steward), who ventures deep into the deepest ocean known to man, the Mariana Trench. As they go deeper into the bottomless, dark ocean, they find out they are not alone. 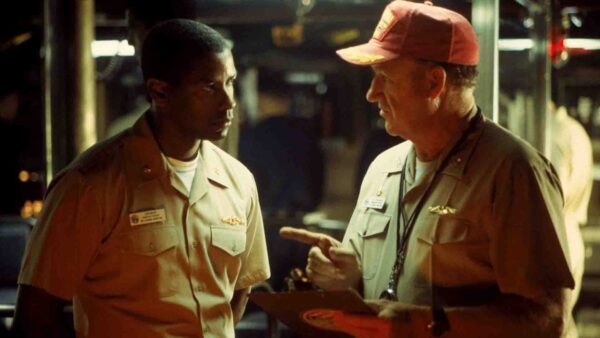 Crimson Tide is an astounding submarine thriller, with two of the greatest actors of their generation, Gene Hackman and Denzel Washington, at each other’s throats.

Their conflict begins when the Captain (Hackman) wants to launch an attack. However, his deputy (Washington) urges him to wait for confirmation. Soon, things escalate, and a fight ensues for the command of the ship. 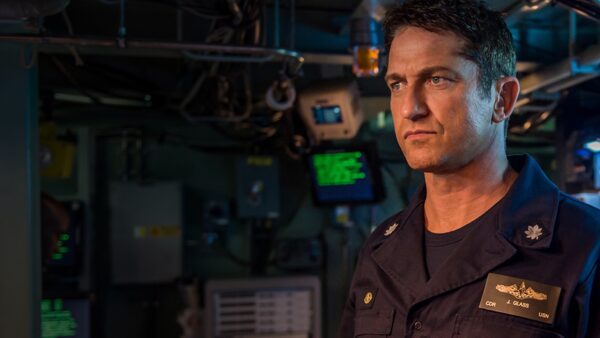 Hunter Killer is one of the best action thrillers of recent times. On top of that, it features some of the most astounding submarine sequences.

The film begins when the Russian president is kidnapped by a renegade general. Soon, action-filled sequences kick in as the American submarine captain takes it upon himself to rescue the kidnapped VIP. Soon, he’s joined on his quest by a team of capable Navy Seals, which up this film on the action charts quite significantly. 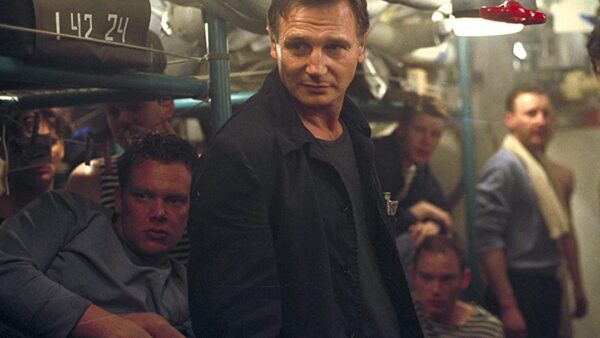 K-19: The Widowmaker is perhaps one of the best films of all time, and not only for its submarine element. It features a great story well complemented by the cast featuring Harrison Ford, Liam Neeson, and Peter Sarsgaard.

The story itself is of the titular submarine, the K-19 nuclear sub. On its first voyage, the submarine begins to experience malfunctions and suffers a massive hitch. It’s up to the Captain (Ford) and his chief officer (Neeson) to avoid a nuclear disaster. But, as always, things don’t always go as planned, and this story ends up being one of the best submarine depictions on the big screen. 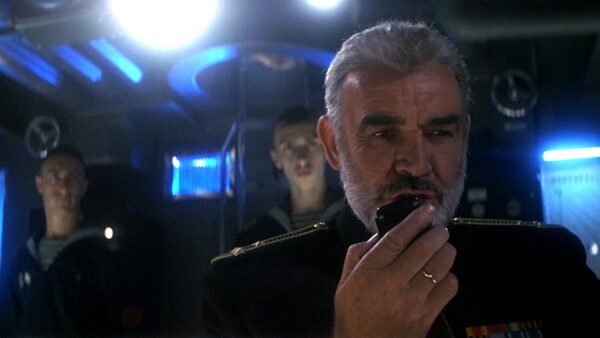 The Hunt For Red October is downright the best submarine movie of all time. Nothing tops this film in terms of intrigue, acting, relevancy, and timelessness. On top of all that, it’s the famed character Jack Ryan’s first on-screen depiction by Alec Baldwin.

However, the performances of Sean Connery and Sam Neil as the submarine’s commander and sub commander stand out, respectively. The face-paced action, alongside the high stakes of this film, will definitely make you watch it more than once.

Did we miss any worthy title on our list of the best submarine movies of all time? Share your thoughts in the comments below!