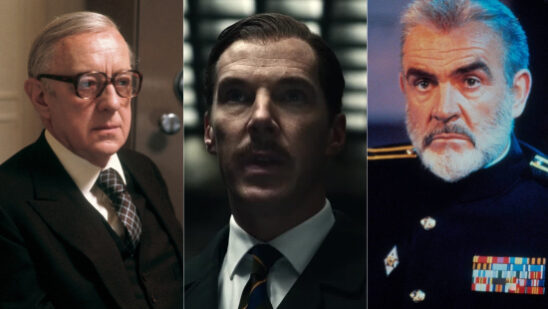 USSR was famous for its cold weather. It was also famous for the cold war it had with the USA from 1946 to 1991. One good thing that came out of this war was some of the best films in cinema history. Let’s have a look at the best cold war movies of all time: 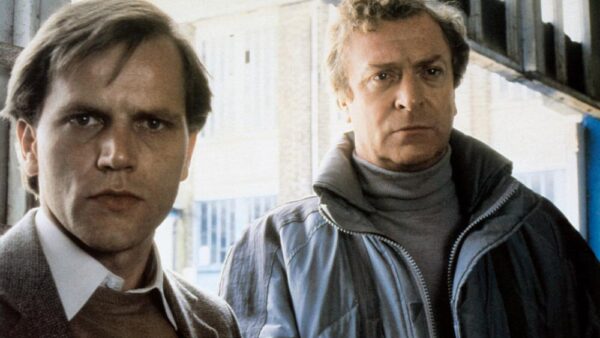 Britain has ruled most of the world in recent centuries and the USA has become a world power during the past few decades. An excellent movie plot is born when these nations’ existence and international reputations are threatened.

An MI5 agent, John Preston (Michael Caine), happens to discover a KGB covert plot during an unsanctioned mission assigned by his boss. John has to uncover the KGB’s plot of nuking Britain and blaming it on the USA before it’s too late. 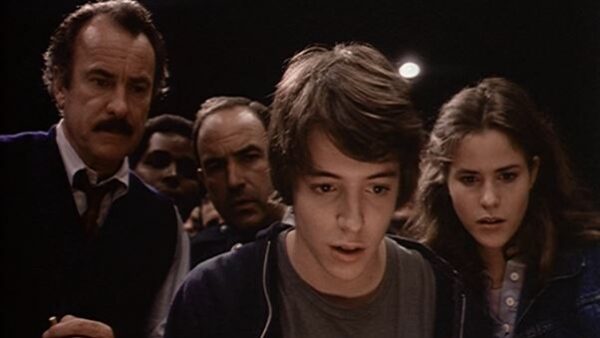 With video game addiction at its peak and the youth busy playing Free Fire, PUBG, and Fortnite, this movie depicts the dangers of gaming, though by a far stretch. David, a computer-savvy kid, unknowingly hacks into a military supercomputer while searching secure domains for new video games. After starting a game, “Global Thermonuclear War”, David activates the national nuclear arsenal in response to the simulated threat of the Soviet Union.

Once he realizes what’s going on, he seeks help from his girlfriend to find a way to alert the authorities. Will they be able to stop the onset of World War III on time? 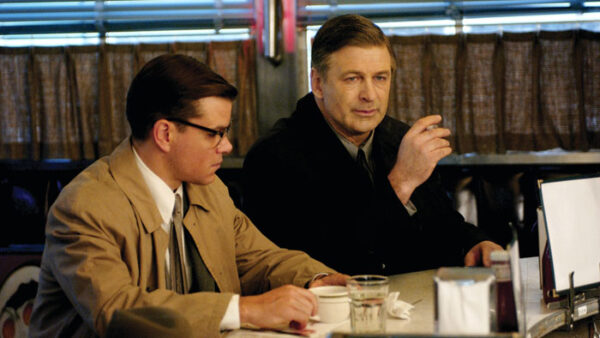 Before the CIA, the Office of Strategic Service (OSS) was the US intelligence agency during World War II.

The Good Shephard is loosely based on the creation of the Central Intelligence Agency (CIA) during the cold war. Edward Wilson, an OSS spy, lays the foundation of the new intelligence agency. His methods become the standard operating procedure for the CIA.

He has to fight his KGB counterparts while simultaneously laying the foundation of one of the most reputed intelligence agencies in the world. As the nation falls deeper into the cold war, Edward realizes that he will have to pay the price for his dedication to duty above family. 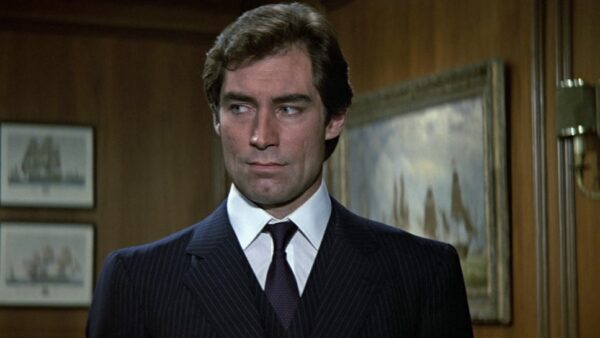 All the James bond Fans, please stand up. This title is a little less known in the James Bond franchise but a worthy watch for those interested in cold war films.

Bond helps a KGB officer defect and becomes friends with him. The former KGB officer Koskov tells Bond of a new KGB policy to assassinate defectors. As Bond looks into this threat, he happens upon a conspiracy to start another world war. Bond follows a mysterious American arms dealer and a Russian assassin duo across continents to prevent WWIII. 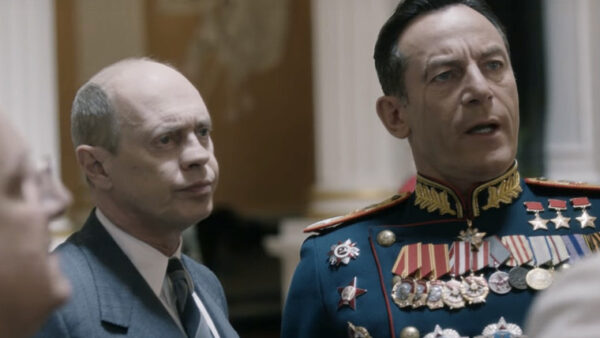 Whenever a leader dies, whether a good one or bad, a power struggle follows. The same thing happened after Joseph Stalin died in 1953.

The three main self-proclaimed successors were the bore Georgy Malenkov, the sharp Nikita Khrushchev, and the sadistic secret police chief Lavrenti Beria. As they brawl and backstab each other to the Soviet thrown, the public is confused about who is actually running the government. 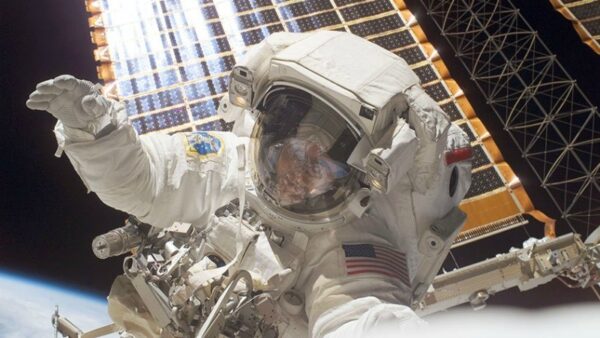 During the Cold War, not only were the US and USSR fighting on earth, but they were also fighting for the first place in the space race to send a man to space. The Russians sent military pilots Pavel Belayayev and Alexey Leonov to space. During their travel, they faced many obstacles and dangers.

If you’re a fan of Interstellar, you’ll love this one. We recommend you binge this one with First Man, which is next on our list. 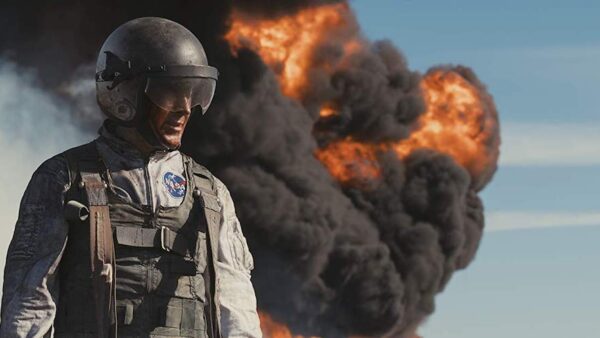 Talking about the Russian space mission, we can’t forget to mention the famous Apollo 11 mission. First Man looks into the Apollo program that made it possible to land the first humans on the moon. The program had several dangerous and unprecedented missions during the early 1960s.

After years of training and risking their lives during the test flights, the Apollo 11 crew embarked on the historic spaceflight that would put man on the moon. On July 16, 1969, the world watched in awe as the Apollo 11 mission flew off to land on the moon. 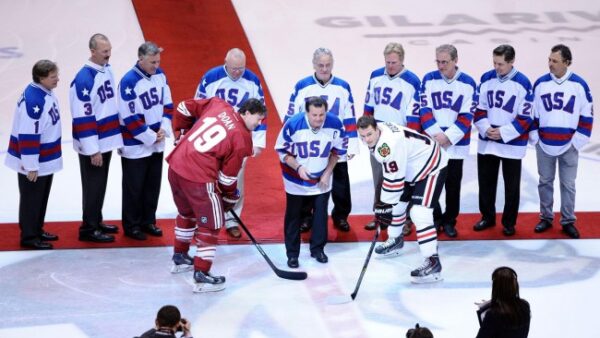 Space is not the only domain where the cold war was on. The high emotions were seen in the sports areas as well.

A college coach, Herb Brooks, is hired to train the US men’s Olympic ice hockey team. He assembles a team of hot-headed college All-stars and trains them with a bold style. After the team is humiliated in an early-round match, Herb unites them against the highly dominant Soviet squad. With the spirit of patriotism, the team plays against all odds to win the gold for the US.

This one is a worthy watch for sports fanatics. 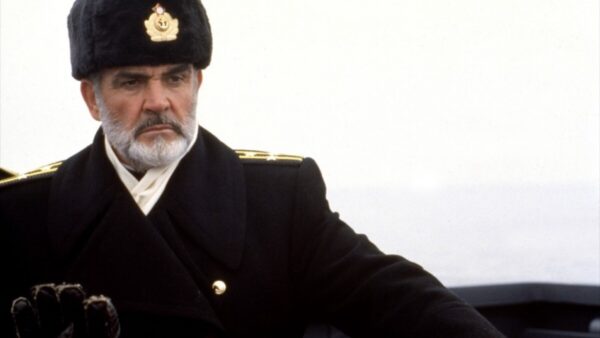 Things don’t always play out the way they are intended, especially during wars.

A Soviet submarine captain Marco Ramius abandons his orders and heads for the US east coast. Unsure of his motives and fearing for his country, CIA agent Jack Ryan sets out to find out what the Soviet captain wants. The clock is ticking for Jack as the Soviet submarine inches towards the US coast.

This is considered one of the best movies that came out of the cold war. 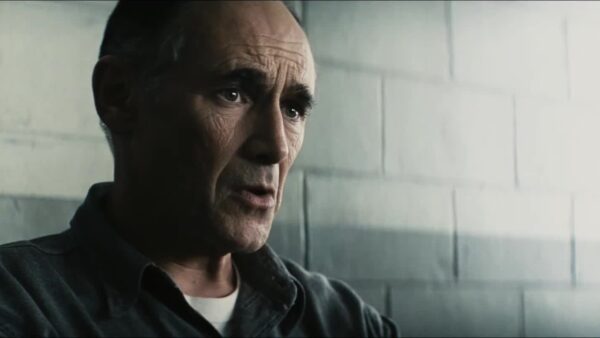 In wars, negotiations are a common thing. One form of negotiation is prisoner exchange. This is the story of one such exchange between the Soviet Union and the United States.

When the Soviet Union captured a US spy after shooting down his plane, he was sentenced to 10 years in prison. James Donovan (Tom Hanks), a New York lawyer, is recruited by a CIA operative to negotiate his release. Donovan plans to win the young pilot’s freedom by exchanging him for a Russian spy he defended in court.

This is one of the best spy movies set in the cold war era. 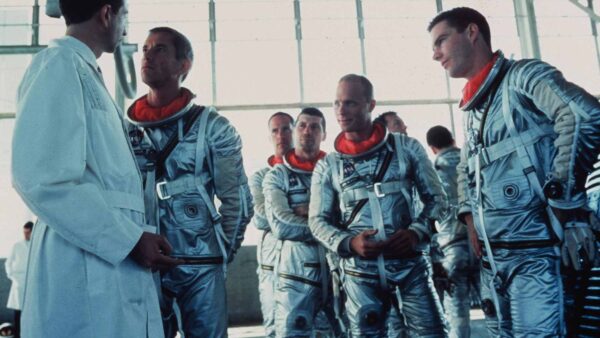 The movie is all about finding the right stuff to make any program successful.

This adaption of the Tom Wolfe non-fiction novel of the same name covers the first 15 years of the US space program. It gives insight into breaking the sound barrier to the Mercury 7 astronauts. You will see in the movie that no one had a clue about how to run a successful space program and how to select the right people for the job. 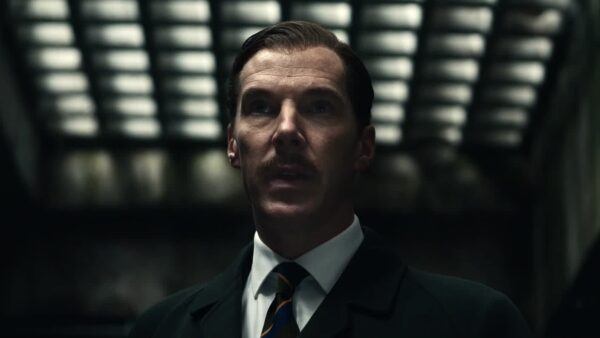 The Cuban missile crisis is one of the landmark events of the cold war. This is the true story of a businessman who helped the MI6 defuse the Cuban missiles.

The MI6 hires Greville Wayne to collect intelligence about the Cuban missiles. He forms an unlikely partnership with a Soviet officer. Together they collect the critical information that would help the agency defuse the situation. 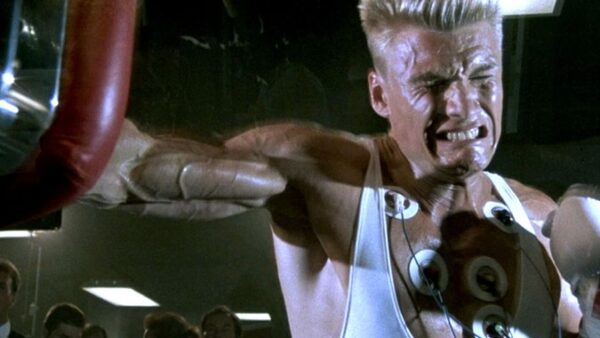 Rocky is one of the most iconic movie franchises in Hollywood. After winning back the world heavyweight title, Rocky Balboa (Sylvester Stallone) plans to retire and live with his wife. But when he hears about the death of his friend Apollo Creed during an exhibition match with the ruthless Russian newcomer Ivan Drago, he determines to avenge his friend.

Though their training style is different, both the fighters wage a long and intense war in the ring. 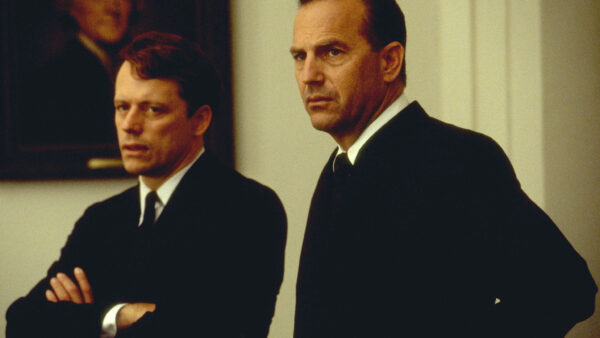 Yup, this one’s also about the Cuban Missile Crisis. You may have guessed its significance in the cold war by now.

This movie captures the harrowing diplomatic, political and military confrontation between the US and the Soviet Union. The thirteen days of October 1962 had a sense of urgency, suspense, and paralyzing chaos as the Cuban Missile Crisis threatened to end in a nuclear exchange between the USSR and the US. 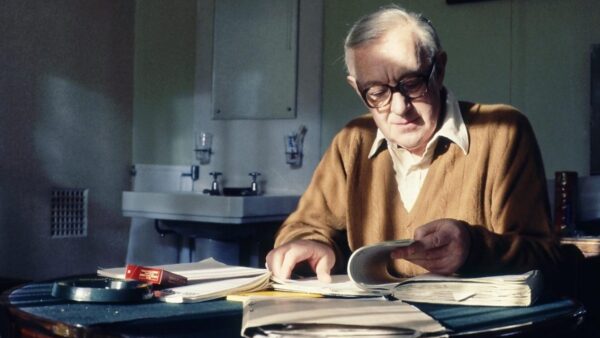 Moles and data leaks are basic strategies in cold wars. This classic spy movie looks into the secretive world of intelligence agencies.

The agency calls a veteran agent George Smiley (Simon Burney), back from forced retirement to dig out the mole and stop top-secret British intelligence leaks.

Feel free to mention titles you think were worthy of being on this list of the best cold war movies of all time.