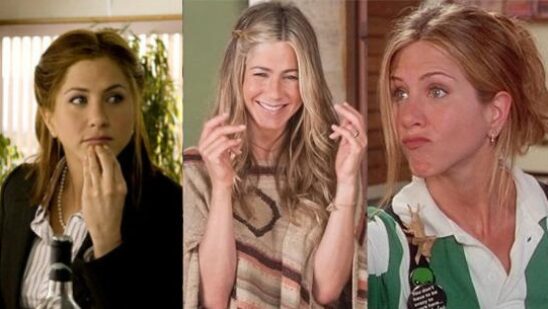 Daughter of the Greek-American actor John Aniston and actress Nancy Dow, Jennifer Joanne Aniston is easily one of the most popular showbiz stars of all time. Jennifer Aniston, of F.R.I.E.N.D.S’ fame (1994-2004), earned a Primetime Emmy Award, a Golden Globe and a Screen Actors Guild Award, for a character, Rachel Greene, recognized as being one of the top 100 greatest female characters in U.S. television. Voted as ‘The Most Beautiful Woman’ by People’s magazine in 2004 and as ‘The Sexiest Woman of all time’ by Men’s Health magazine in 2011, Jennifer Aniston has been media’s favorite star. She enjoys a gigantic fan base and is one of the highest-paid actresses in showbiz, featuring in many super hit films. Here we take a look at the best Jennifer Aniston movies of all time: 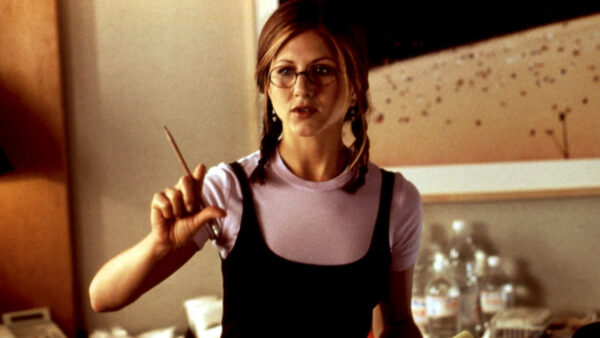 In her first lead role in a movie, Jennifer Aniston plays an ad executive, Kate, who comes up with great ideas but is never included in the client team. The agency head, Mercer, believes a single woman like herself is a free bird and might leave the company at any time.

Paying heed to her friend Darcy’s advice, Kate calls Nick, a wedding photographer also in love with her, and asks him to act as his boyfriend for a weekend, even offering him money. The plot thickens when Kate has an affair with the office bad boy (Kevin Bacon) and Nick gets to deal with Kate’s rude side. This rom-com is directed by Glenn Gordon and has pretty good dialogues. 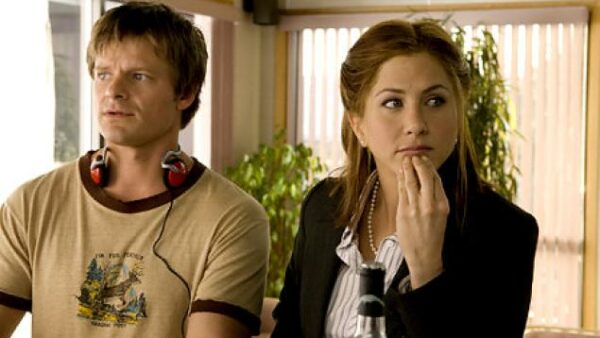 This 90 mins of romantic comedy featuring Jennifer Aniston is not a bad first attempt at directing by the American playwright and screenwriter, Stephen Belber. It shows the attractive American actress as an independent traveling saleswoman named Sue, who makes frequent stops at motels.

One such stop at Kingsman motel and she shares a one-night stand with the manager of the motel, Mike. Mike is a dimwit and a slacker, often wasted. Sue leaves the next day, but Mike has fallen head over heels for her and has decided to go after her, ready to make serious changes in his life for her. 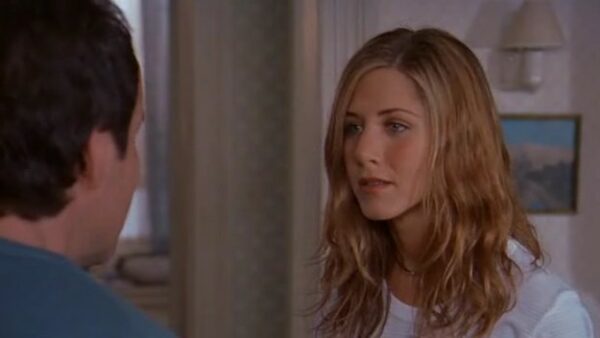 Nicholas Hytner’s comedy flick is yet another out-of-the-box romance story, based on a novel by Stephen McCauley, featuring the popular F.R.I.E.N.D.S star, Jennifer Aniston along with Paul Rudd and Kali Rocha in the lead.

The story is about a social worker, Nina Borowski (Jennifer Aniston) living with George (Paul Rudd) a perfect happily-ever-after-life, with just one little problem, they’re not a couple and George is gay.

Nina is pregnant and her boyfriend wants a marriage while she is falling for George and would be willing to raise her kid with him despite the obvious problem. 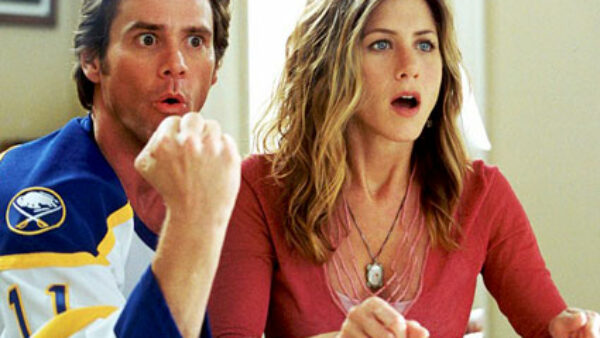 Get ready to laugh at your wits’ end because this comedy flick comes with Jim Carrey in the lead role. As if the cast did not have enough firepower with Jim Carrey, it also stars Morgan Freeman – as a god! And Jennifer Aniston plays Bruce’s (Jim Carrey) girlfriend.

Unhappy with everything in life with nothing at all going his way, Bruce takes a swing at god, discontent about his decisions for Bruce. In an unprecedented manner, god takes a human form and responds. He challenges Bruce to take over the job, giving him divine powers to see if he can do a better job. 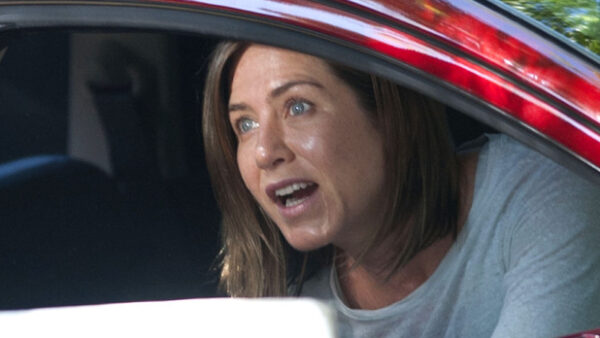 Cake is the story of a tragedy-stricken woman named Claire Bennett (Jennifer Aniston). Recently divorced and a great personal trauma has her in insufferable pain, anger and has made her rude towards everyone. Claire becomes obsessed with a fellow woman’s (Nina) suicide, in her support group and starts having nightmares about her.

The movie shows how she traces Nina’s husband and gradually comes to terms with reality fighting off the dependency on drugs for her pain. Better known for comedy roles, Jennifer Aniston in the lead role as Claire Bennett pulls off a stunning performance as a woman in extreme pain, getting nominated for a Golden Globe. 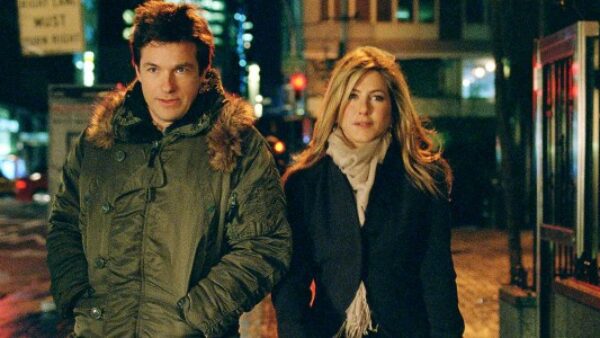 Based on a short story by American novelist Jeffrey Eugenides, this is another romantic comedy, co-directed by Josh Gordon and Will Speck. A rather unorthodox romance story that involves two best friends, Kassie (Jennifer Aniston) and Wally (Jason Bateman).

Kassie, who fails to find the love of her life, decides to go for artificial insemination, an idea Wally has reservations about. Kassie moves out of New York to raise her kid and returns 7 years later to involve the sperm donor in their lives. Wally, however, finds uncanny similarities between himself and the kid. What did happen at Kassie’s insemination party years ago? 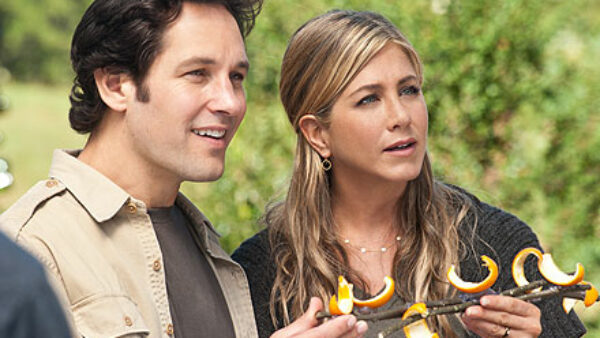 A small idyllic community with no societal pressures to earn money or make successful careers does sound like an ideal place to live. But is it as sunny as the picture paints it? George (Paul Rudd) and Linda (Jennifer Aniston) find out by staying a fortnight in a place called Elysium.

Originally from Manhattan, both George and Linda have faced a financial crunch and were on their way to George’s brother in Atlanta when they happen to hit upon Elysium and decide to try when they are invited in. This 100 minutes of comedy time is written and directed by American comedian David Wain. 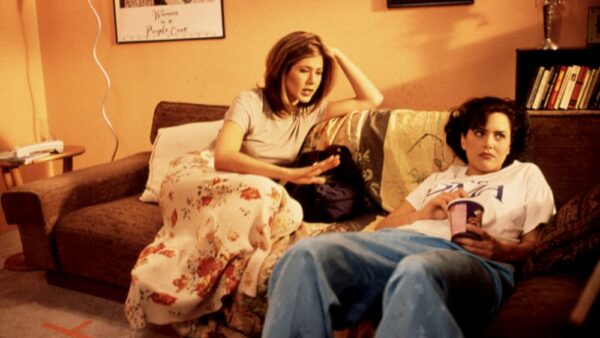 Frankie (Ione Skye) is an insomniac who works in a coffee house and is very hard to please, waiting for the perfect man of her ideals. A new worker, David, does seem to match her definition of a perfect guy but he already has a girlfriend named Allison (Jennifer Aniston). 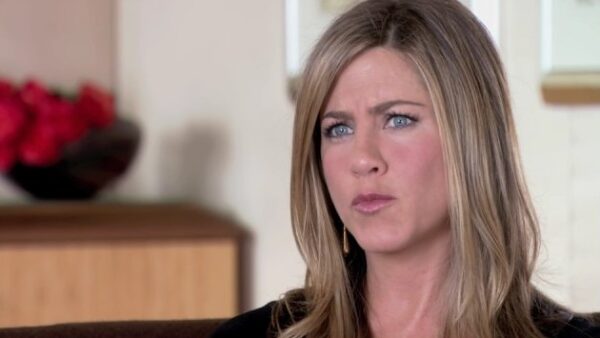 Filmmaker and celebrity photographer Kevin Mazur’s cleverly directed documentary aims at taking a shot at the paparazzi and celebrity obsession culture so prevalent in America.

He interviews many celebrities including Jennifer Aniston, Jennifer Lopez, Salma Hayek, and others, all of whom recount their stories of becoming a victim of paparazzi culture.

A subtle way of conveying a message that his fellow professional’s aid in this gossip journalism and the public if not a direct part is still involved in consuming these tabloids on celebrities’ personal lives. 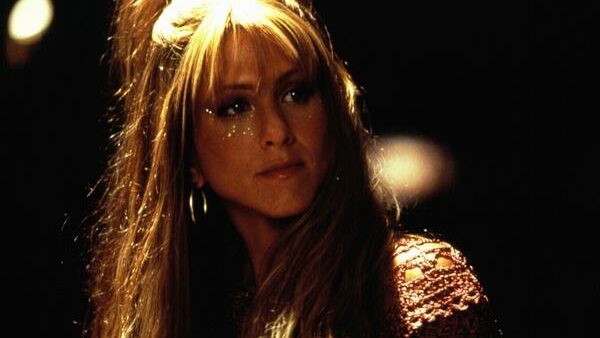 How lead singers of famous bands travel, maintain a public image, and how it affects their personal relationships, director Stephen Herek’s Rock Star is an attempt to tell us just that. It features Mark Wahlberg as Chris Cole, a rock band enthusiast, and Bobby Beers’ diehard fan.

Jennifer Aniston plays his girlfriend as Emily Poule, a loyal girl who believes in him. When Cole finally gets a break to replace Bobby as the lead singer, he takes along Emily. The changes that come his way when he gets stardom are depicted accurately in this drama genre flick. 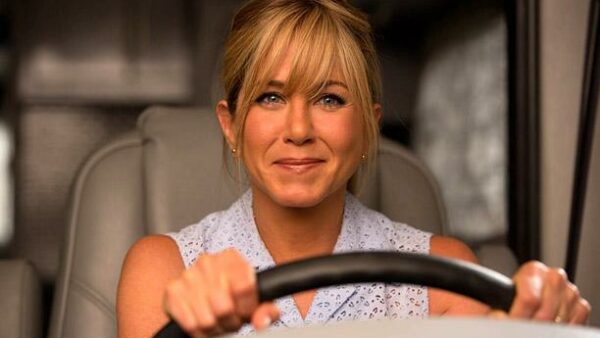 One of the best adventure comedies of 2013, We’re the Millers guarantees a lot of plot twists, funny one-liners, and comic scenes that will keep you laughing during its entire length.

Rawson Marshall Thurber’s direction features Jason Sudeikis as a pot dealer, David, who has an urgent assignment of smuggling a huge amount of weed across the Mexico-U.S border. David takes on board a stripper who is financially broke, Rose (Jennifer Aniston), and two children to fake a family for his mission. 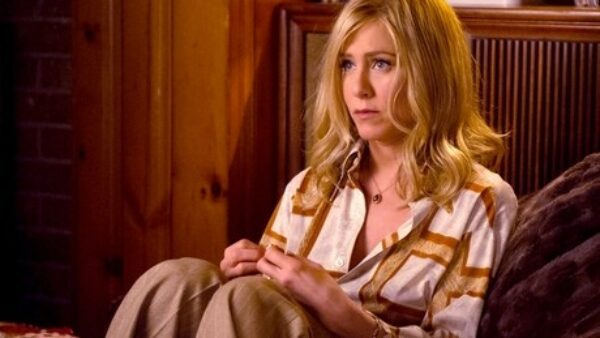 This comedy featuring the sensual American actress Jennifer Aniston is written and directed by Daniel Schechter and is based on a novel by Elmore Leonard with the title “The Switch”.

Jennifer Aniston dons the role of Mickey Dawson, wife of a corrupt real-estate dealer (Tim Robbins) who refuses to pay the ransom for her when she is kidnapped. 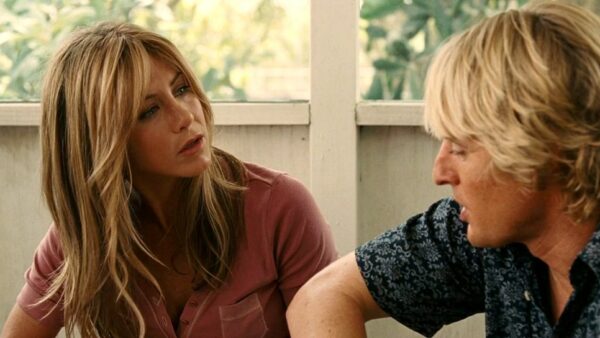 Director David Frankel’s venture is a comedy based on an actual dog story. A hyper and naughty dog who constantly gets on the nerve of John and Jennifer Grogan, a happy couple starting out life. The lead stars are played by Owen Wilson (John Grogan) and Jennifer Aniston (Jennifer Grogan).

The newspaper columnist John dares to write a column on the dog which hits big with readers. Despite being a nuisance for them, Marley the dog is loved by their three children has become an item for writing and helps bring the family together. 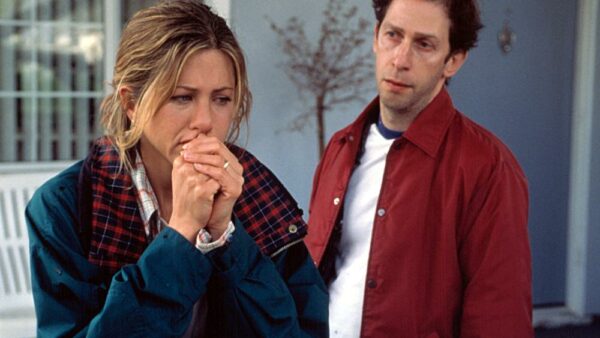 Justine Last, the gorgeous Jennifer Aniston in disguise, works at a discount store. She has a mundane life at work and goes back home to her husband Phil, a painter in the day and pot smoker at night with his best pal Bubba.

Feeling neglected, she strikes up an affair with the stock boy in her store, who believes he is the incarnation of the character Holden Caulfield, in the book ‘The Catcher of the Rye’ that he is reading. They’re seen by Bubba who then tries to use it as blackmail to get Justine in bed with her.

Written by Mike White and directed by Miguel Arteta, The Good Girl establishes Jennifer Aniston as a serious actress, the protagonist justifying her fame with incredible acting. 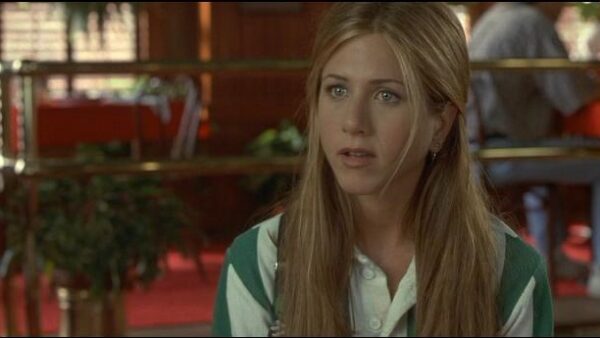 Highly acclaimed by critics, this comedy venture, written and directed by Mike Judge, provides a good 90 minutes of entertainment. Featuring the popular F.R.I.E.N.D.S tv series’ star Jennifer Aniston as Joane, the girlfriend of the protagonist, the flick is about a guy, Peter Gibbons (Ron Livingston), who hates his job.

His two best friends and software engineers in the company are also on the hating list. When his cheating girlfriend convinces him to visit a hypnotherapist, he is advised to change his lifestyle before the therapist passes away.

It seems to be working for him, getting promoted, and now in a relationship with Joane until he learns his two friends are about to get fired. They plan on planting a virus to embezzle money in Peter’s account. The only problem is they have made a mistake that will not transfer pennies, as planned, but a huge sum! Can they rectify their errors before they end up in jail?

We can’t resist mentioning these Jennifer Aniston flicks as well that barely escaped the top 15:

Did we miss any of the best Jennifer Aniston movies of all time? Please share your views in the comments below!