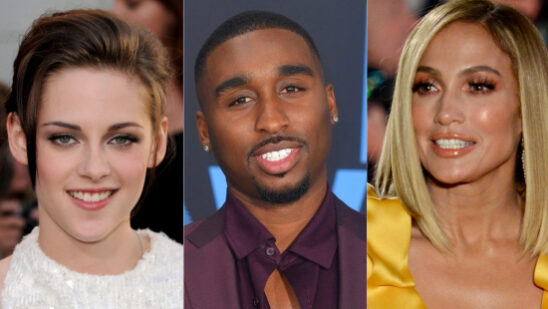 Hollywood has quite a stance when it comes to bringing legends of the music industry back to life in the form of biopics and the actors do even a better job in doing justice to their roles. Take a look at the 15 actors who portrayed real-life musicians: 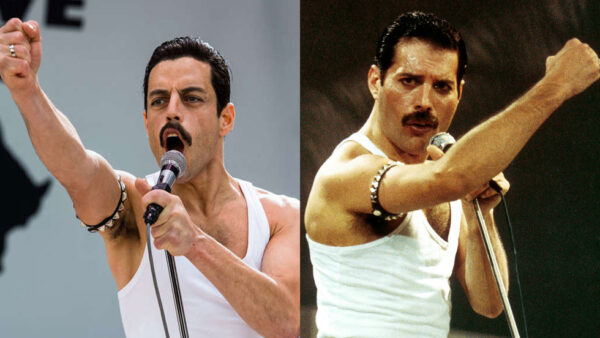 After a series of casting choices that included Sacha Baron Cohen and Ben Whishaw, Rami Malek was finally selected for the flamboyant role of Freddie Mercury in his biopic Bohemian Rhapsody.

From his electrifying presence on stage to his feminine mannerisms, the actor superbly caught every aspect of the rock band Queen’s frontman that made him an unforgettable icon of rock music.

It is no doubt that the resemblance between rapper André 3000 and rock guitarist Jimi Hendrix is uncanny. However, it takes more than a resemblance to pull off great acting skills and the rapper did not have many movie credits to his name.

Still, André 3000 defied the odds and pulled off an amazing Jimi Hendrix portrayal in Jimi: All Is by My Side but his performance was overshadowed by the fact that the movie had no music from the actual artist due to copyright restraints. 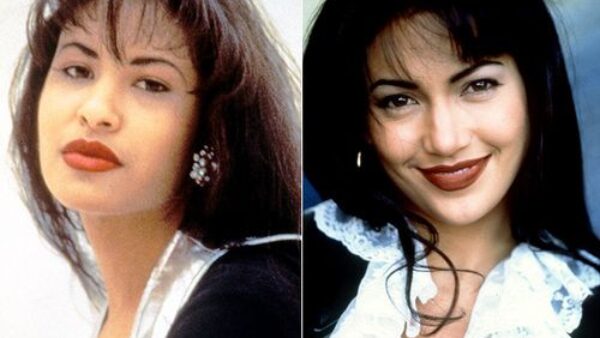 Eyebrows were raised when actress Jennifer Lopez – a New Yorker with Puerto Rican heritage – was hired to portray singer Selena Quintanilla-Pérez – a Mexican American from Texas. Chosen from an estimated amount of 22,000 actresses, Lopez was paid a million dollar salary for the role.

The actress made it worth every single penny as she completely immersed herself into Selena’s lifestyle to the point of moving in with her sister in order to portray her flawlessly. The biopic Selena was a success and it inspired Lopez to pursue a singing career after the shoot. 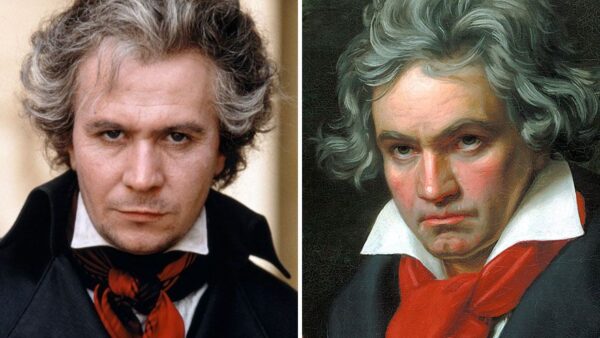 What do the English acting legend Gary Oldman and German-born Viennese composing mastermind Ludwig van Beethoven have in common? Their love for music and the ability to play the piano. In fact, both gentlemen – born nearly two centuries apart – became a pianist in childhood.

Oldman attempted to vitalize his piano skills by playing Beethoven in the 1994 biopic Immortal Beloved. Though the movie was panned by the critics, the actor was hailed as a perfect candidate to portray the influential compose. 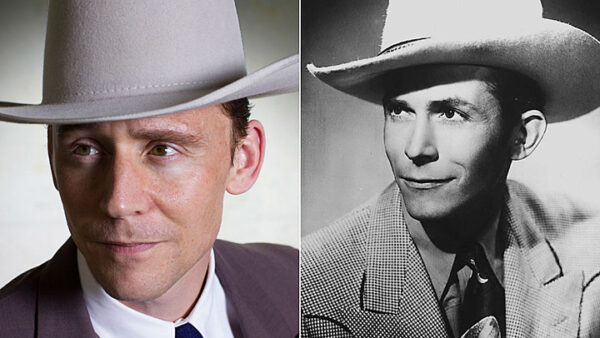 As one of the most dependable actors in Hollywood today, Tom Hiddleston certainly had his hands full when he portrayed country icon, Hank Williams, in the biopic, I Saw The Light.

The preparation for the role was not an easy task as the actor spent five weeks learning singing and guitar playing under the tutelage of country musician Rodney Crowell.

As one of the most anticipated movies of 2015, Straight Outta Compton had massive hype and proved to be the best rap biopic so far. With several rappers being portrayed in the movie such as Dr. Dre and Eazy-E, it cannot be denied that Ice Cube was played with the most perfection.

And the job was done by none other than Ice Cube’s own son, O’Shea Jackson, Jr. It was his feature film debut and though it could have been an easy task, Jackson, Jr. took it seriously and trained for two whole years under the guidance of acting coaches in New York and Los Angeles. 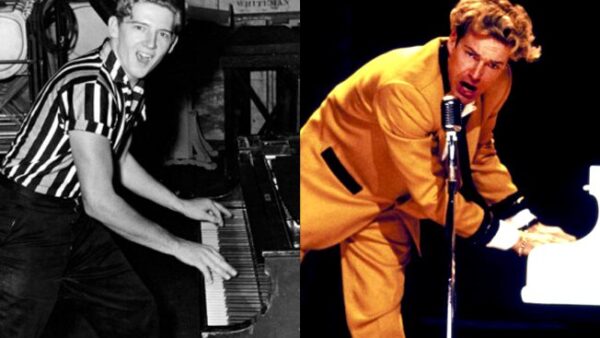 The rockabilly pioneer Jerry Lee Lewis was an eccentric figure and actor Dennis Quaid was the right man for the leading part in the biopic Great Balls of Fire! From the rise to super-stardom to the controversial marriage to his 13-year-old cousin, the movie has it all.

Receiving negative reviews, the movie had an abundance of exaggerated and fictional events. Thus, prompting director Jim McBride to admit that it was never his intention to tie facts with the movie.

It takes a great deal of dedication to create history and Adrien Brody did exactly that by becoming the youngest actor to win the Academy Award for Best Actor by portraying Władysław Szpilman – the piano player who survived the Nazi-controlled Warsaw Ghetto and Holocaust – in The Pianist.

As preparation, the actor practiced the piano daily for four hours so he could play the specific passages for the movie instead of letting sound-editing do the trick. Furthermore, the actor sacrificed his comfortable living by leaving everything behind and moving to Europe to fully understand the isolated experience of the character. 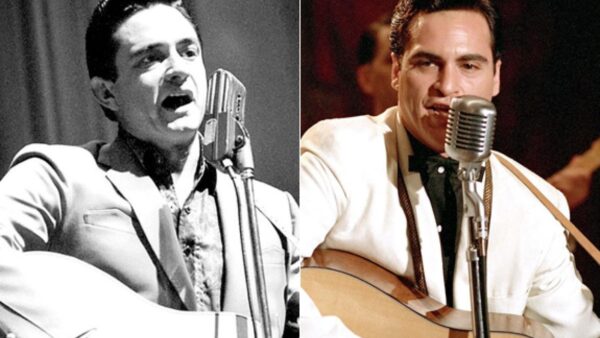 As one of the most influential musicians of the 20th century and one of the best-selling musicians of all time, Johnny Cash is nothing short of a legend when it comes to singing and songwriting in the genre of country music.

Directed by James Mangold, Walk the Line starred Joaquin Phoenix and earned five Academy Award nominations including one for Best Actor. However, the movie only won one for Best Actress by Reese Witherspoon. 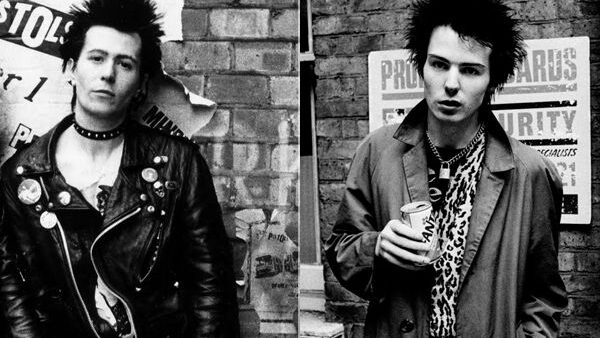 Gary Oldman pops up on the list once again as the actor portrayed another musician in his career which has spanned more than thirty-five years. Portraying bass guitarist Sid Vicious of punk rock band Sex Pistols, the actor nailed the role with absolute perfection.

said the modest Oldman who received immensely positive reviews for the mesmerizing performance. On the contrary, the actor declined the role at first because he “wasn’t really that interested in Sid Vicious” but reluctantly accepted at the urging of his agent. 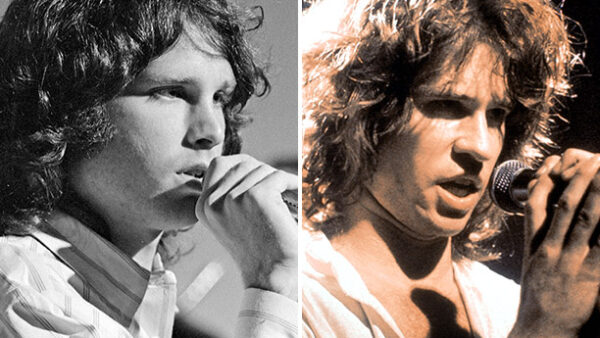 Born to portray the Doors’ frontman Jim Morrison, Val Kilmer lost weight and rehearsed the band’s fifty songs for six months. The actor also spent hundreds of hours with the band’s record producer Paul Rothchild to get some in terms of portraying Morrison with flawlessness.

Kilmer took another step further by spending time in Morrison’s Los Angeles hangouts and meeting band members Robby Krieger and John Densmore. The actor was so immersed in the role that when the band heard him sing, they could not tell whether it was the voice of Morrison or Kilmer. 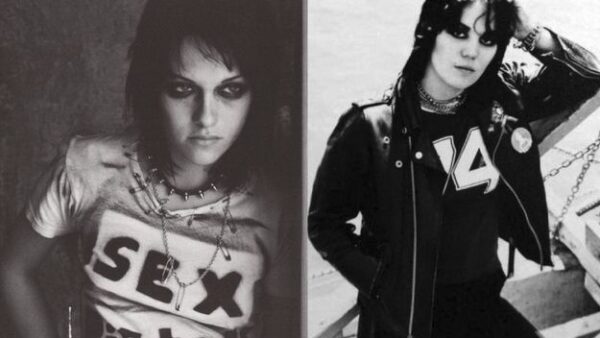 Back when rock and roll was a male-dominant genre, an all-female rock band dared to make a difference. Known as The Runaways, the group was one of the most sensational bands in the 1970s.

When their biopic of the same name was released, band members were portrayed on the silver screen but all eyes were on Twilight star Kristen Stewart as rhythm guitarist and vocalist Joan Jett.

Leaving the sweet and innocent persona of Bella Swan behind, Stewart donned a punk rocker image in the movie and gave one hell of a performance as she was the spitting image of Jett. 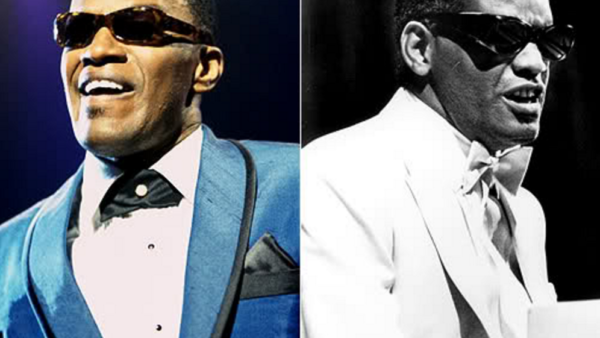 Among the outstanding performances of historical figures throughout the course of time, unlikely actor Jamie Foxx took the cake when he portrayed “The High Priest of Soul” Ray Charles in the 2004 biopic Ray.

As a pioneer of soul music and having the ability to play the piano despite being blind, the story of the gifted musician was magnificently translated to the silver screen by Foxx. With great acting coupled with even a better movie score, the actor won an Academy Award for Best Actor while the movie won for Best Sound Mixing. 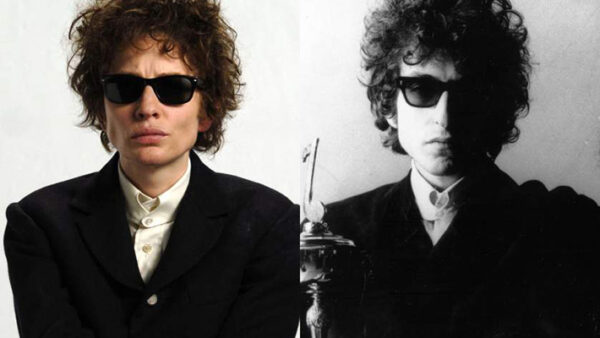 Arguably the most unique biopic in terms of film-making, six different actors were used to portray different characters based on the life of one of the greatest musicians of all time, Bob Dylan.

With a career spanning more than five decades, the American singer-songwriter is truly one of a kind. Among the cast, five male actors – including Academy Award winners Christian Bale and Heath Ledger – portrayed Dylan and none came close to how magnificently the female actor Cate Blanchett pulled off the uncanny resemblance and artistry of the legendary musician. 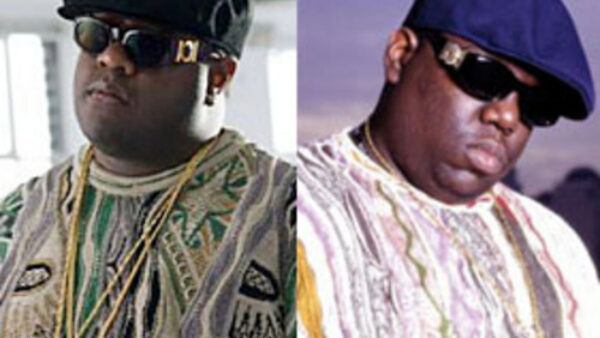 Arguably one of the greatest rappers of all time, The Notorious B.I.G. paved the way for hip-hop and gangsta rap and the fans could not have been more anticipated about his biopic Notorious starring Jamal Woolard.

Gaining more than fifty pounds to flawlessly portray Biggie after realizing that facial features were not enough for the performance, Woolard was completely dedicated to the role and once again reprised it as a Tupac Shakur biopic. 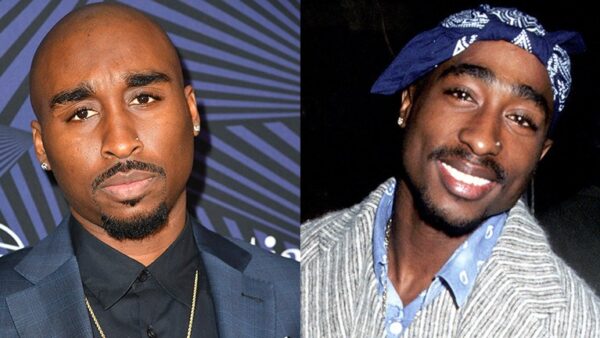 Without question, the greatest rapper who innovated, revolutionized, and brought rap music on the map, Tupac Shakur will never ever be replicated by any other rap artist. Born Lesane Parish Crooks, the rapper only had nine years as a music artist before his untimely death at a drive-by shooting but the time was enough for him to be known as one of the most powerful and provocative rappers the world has ever seen.

While the rapper has been portrayed multiple times in numerous biopics of musicians, Tupac never had a biographical film of his own. All that changed once All Eyez on Me hit the theaters starring Demetrius Shipp, Jr.

Hope you enjoyed reading our list of actors who portrayed real-life musicians. Feel free to share your views in the comments below!