Home » Movies » Top 5 Films to Avoid When Boarding an Airplane

Top 5 Films To Avoid When Boarding An Airplane 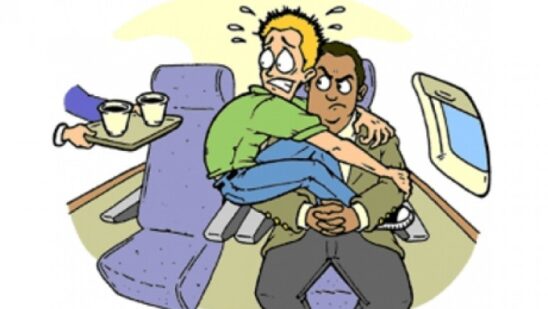 Terrifying movies of planes exploding in mid-air, plummeting to the ground, or disappearing forever should definitely be avoided when traveling by air. Palpitations at 35,000 feet are never cool and the last thing you need is to freak out high above the ocean. Here’s a list of films to avoid when boarding an airplane, so you don’t end up wishing you had put your tickets through the shredder and jumped on board a boat instead:

Based on the true story of an Uruguayan rugby team who were involved in the crash of Uruguayan Air Force Flight 571, Alive is a shocking and emotive tale. As their plane flies over the Andes, it suddenly experiences turbulence and collides with a mountain peak.

The plane is torn into pieces, six passengers are ejected from the wreckage, and the remnants of the structure slide down the slope of a mountain before coming to a complete stop. 12 passengers die in total. The surviving group works out how to cope on the cold mountain – can they do it? Probably best to find out when you are snuggled up in bed, rather than on your very own flight.

While enjoying the refreshments onboard your flight it is a very good idea to opt for a film like Love Actually – rather than Cast Away. Flying through a violent storm, a plane crashes into the Pacific Ocean, causing FedEx employee Chuck to fight for his life. Eventually able to escape the sinking plane, Chuck manages to cling to an inflatable raft and eventually washes up on an uninhabited island where he is forced to survive – until rescued.

Starring well-loved actor Tom Hanks, Cast Away is a really great movie, but not one to watch when you are high above the clouds.

Beware, Snakes on a Plane is enough to make you want to grab the flight attendant and demand the plane be landed immediately. A 2006 American horror-thriller, this film follows the events of hundreds of aggressive, venomous snakes being released onto a passenger plane in an attempt to kill a trial witness.

Capable of making your heart race and your skin crawl, this knee-shaking tale is one to save for another day otherwise you will never be able to relax without wondering what is lurking in the cargo hold.

United 93 chronicles the terrifying events which took place on-board United Airlines Flight 93 when it was hijacked during the September 11 terrorist attacks. A realistic interpretation of a day that shook the world, United 93 has the power to unnerve you to the core and is best to be avoided in mid-air.

Truly moving and incredibly powerful, the movie is an example of pure extremism and is better watched when your feet are safely on the ground. After all, you don’t want to be looking at everyone around you with suspicion now, do you?

A truly terrifying horror movie, Final Destination will mess with your mind and should not be watched on board an airplane – under any circumstance. When Alex Browning boards Volée Airlines Flight 180 he has a premonition the plane will explode and tries to do all he can to delay departure.

All of the commotions result in Alex and a group of acquaintances being thrown off the flight: The plane blows up minutes later killing everyone on it. The mind can easily play tricks on you, so unless you want to be chucked off your next flight for trying to tear open the cabin windows, you should most certainly leave this movie at home.

So the next time you are about to board a plane, think very carefully about what you want to watch. In fact, avoid scary movies a while before taking off to avoid flashbacks, and remember – you are more likely to be killed by a donkey than on a plane. Would you like to add a title to our list of the top 5 films to avoid when boarding an airplane? Share your thoughts in the comments below!