Top 10 Facts You Need To Know About Osama Bin Laden 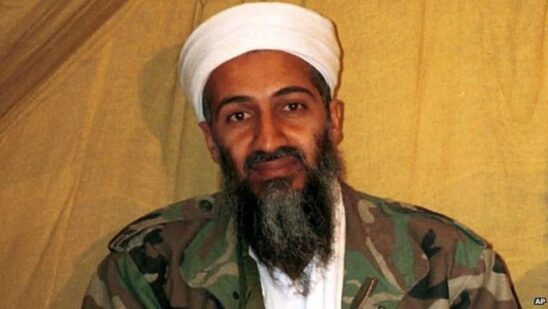 The 54 years old Osama Bin Laden was killed by a US lead Intelligence-driven operation in Abbottabad, Pakistan. The details of the operation remained murky giving birth to speculation in all directions. Here’s a compilation of 10 facts you need to know about Osama Bin Laden:

Bin Laden was born in Saudi Arabia in 1957, one of more than 50 children of millionaire construction magnate Mohamed bin Laden. His first marriage was to a Syrian cousin at the age of 17 and he is reported to have at least 23 children from at least five wives.

Osama bin Laden was the subject of a $50 million reward through the State Department’s Rewards for Justice program targeting alleged terrorists, plus $2 million through a program developed and funded by the Air Line Pilots Association and the Air Transport Association.

Bin Laden was also on the Federal Bureau of Investigation’s list of the Ten Most Wanted Fugitives and Most Wanted Terrorists.

Bin Laden and his chain of command, in total, have broadcasted more than 60 messages since the 9-11 attacks without giving a trace of their location.

899 people were following (the fake Twitter account) @binladen at 1 a.m. on the day of the raid. Monday but after the news of his death, the number started increasing dramatically. Among the tweets from the fake account early Monday:

“I’m not dead, just a little busy at the moment.”

A Pakistani citizen named Sohaib Athar in Abbottabad with the Twitter name @ReallyVirtual without even knowing what he was doing live-tweeted the American-Pakistani raid which killed Osama bin Laden.

The compound where bin Laden was hiding was a three-story building having two security gates, few windows, a terrace on the third floor, 12-18 feet high external boundary walls with barbed wire at the top, and no telephone or internet service.

The compound was discovered after the DNA of one of the kids that lived in the compound matched to a significant degree with Bin Laden’s DNA, indicating that the kid is one of the descendants of Bin Laden. The sample from the kid was collected by the polio vaccination team that was secretly working for the CIA and was collecting biological samples from all the kids in the NWFP region of Pakistan. Shakil Afridi, the doctor that led the vaccination team was later arrested by Pakistani authorities and sentenced to treason.

The US sustained no causality in the most important military raid of the 20th century which killed the most wanted fugitive in the world.

According to various reports, a secret stealth-coated American helicopter was downed during the raid. The bird was a secret classified stealth aircraft that was later secretly studied by Chinese scientists.

Osama Bin Laden shares his death announcement date with Adolf Hitler – (Hitler committed suicide on April 30, 1945, and was announced dead on 1st May 1945).

A Blast From The Past

It is important here to mention that Benazir Bhutto, the former Pakistani Prime Minister, in a televised interview with David Frost mentioned:

What’s surprising is the fact that the presenter did not challenge her on her assertion (2:15) that Bin Laden was murdered. The interview was aired on 2nd November 2007.

The mystery deepened after BBC censored this clip and then reinstated it and started claiming it never got censored. It was believed at that time that Osama was dead (murdered) and the West was closely guarding the secret.