The Weirdest Hobbies Of Kim Jong-il 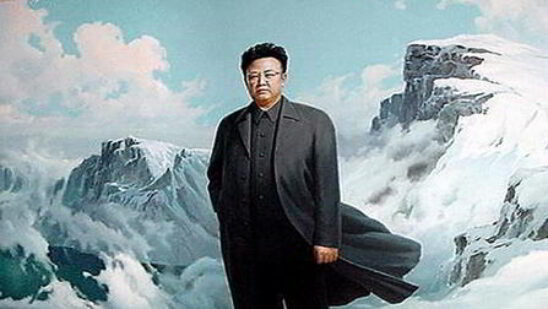 The late North Korean leader Kim Jong-Il was an evil psychopath. His regime was held in the region of 200,000 political prisoners in concentration camps where they are still subject to harsh manual labor. There is no freedom of speech, babies born with physical defects are often murdered, and the majority of the population lives in a state of near-total poverty while the ruling elite lives in comically lavish luxury. He was a terrible, terrible human being and the only reason the world isn’t a better place for him being dead is that his idiot son has risen to take his place and seems intent on continuing his father’s tradition of incompetence and malice. Like most people who insist on having giant versions of their faces hung from public buildings who go by names such as “Supreme Leader”, Kim Jong-il was also secretly hilarious. Just like Hitler had an obsessive love for all things Disney and Joseph Stalin liked drawing nude guys and no we are not making any of this up, when Kim Jong-il lets his hair down he indulges in hobbies that would make him weirdly lovable if it wasn’t for the fact that he was responsible for the death of thousands. Here is a list of some of the weirdest hobbies of Kim Jong-il:

Kim Jong-Il loved movies. Sure, everyone loves movies. If you use an online dating site then you are legally obliged to list it in the “Interests” section. Big deal!

But no, Kim Jong-Il really loved movies. He had a collection of 20,000 videos and DVDs, with his favorite film franchises including Friday the 13th, Rambo, and Godzilla. He would also reportedly watch anything with Elizabeth Taylor in it, which presumably includes the live-action Flinstones movie from 1994, and at least one episode of Captain Planet.

His grandson has been named Kim Han-Sol, which is probably a common Korean name, but we’re pretty sure his Granddad was naming him after a Harrison Ford character. Likewise, we have no evidence but feel safe in assuming he commissioned this propaganda painting not long after seeing The Matrix.

Being Kim Jong-il, however, it wasn’t enough to love movies. He had to find some way to turn his hobby into a sort of Saturday Morning cartoon supervillain plot. This was why, even before he succeeded his father as ‘High Death Overlord’ or whatever they called him, he ordered the kidnapping of South Korea’s most famous film director.

Shin Sang-ok was kidnapped from Hong Kong and transported to Pyongyang. His ordeal in North Korea included being imprisoned and forced to live on grass, salt, and rice for several years as punishment for trying to escape.

However, it also included listening to Kim lament about the state of the North Korean film industry, saying:

“The North’s filmmakers are just doing perfunctory work. They don’t have any new ideas.”

Basically, Kim Jong-Il was like every Internet commenter ever, only with the power to shoot the filmmakers he didn’t like. He got Shin and his wife to make a communist version of Godzilla for North Korea, but also seemed genuinely interested in their opinions.

“Even though we criticized some things, he wanted us to be honest,” Shin would say afterwards. “Others would have been killed for speaking so honestly.”

Everyone who works with Christian Bale should now count their blessings.

Kim Jong-il Was The Greatest Golfer Who Ever Lived

Yet again showing Kim Jong-Il’s talents were wasted in politics, the first time he picked up a golf club the man shot 11 holes-in-one achieving a 38-under-par game on a standard 18-hole golf course. This makes him the great golfer who ever lived.

The achievement was verified by his 17 bodyguards, so this is definitely a true thing that happened. While Kim Jong-Il was alive Tiger Woods should have just given up on golf and focused his efforts on extra-marital sex.

Golf isn’t the only sport that Kim Jong-Il had a passion for, as he was also a big follower of basketball and a massive fan of Michael Jordan. The dictator owned recordings of every game that Michael Jordan ever played with the Bulls, and invited Jordan to visit North Korea. Jordan declined, presumably to avoid being kidnapped and forced to take part in Kim’s communist re-imagining of Space Jam.

Kim did get the next best thing, however, when Madeline Albright gave him a basketball signed by Michael Jordan on a diplomatic visit.

Quite frankly, we are really not sure Kim Jong-Il ever even wanted to be an all-powerful dictator. If Hollywood had offered him an executive producer position, or someone had let him manage a basketball team, North Korea might already be enjoying democratic elections.

Kim Jong-Un had weird hobbies and honestly, we aren’t surprised by that. Are you surprised? Share with us your thoughts in the comments below!